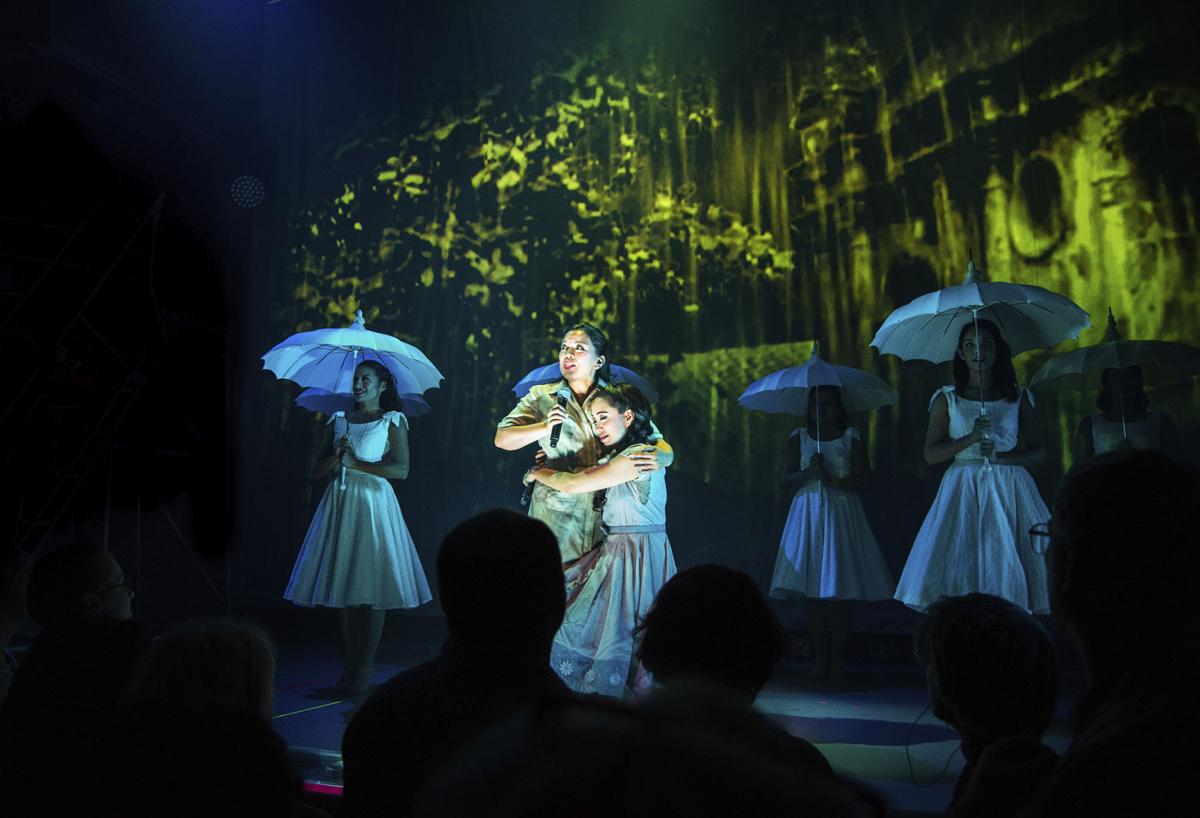 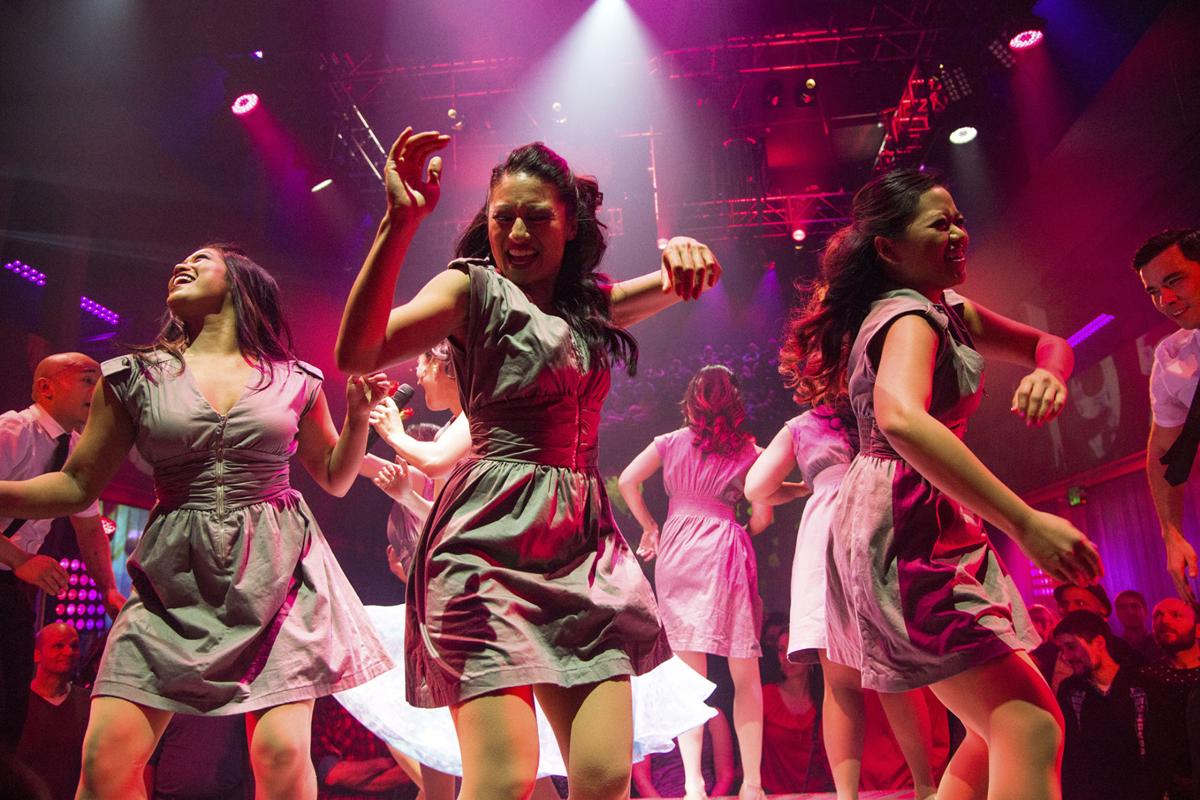 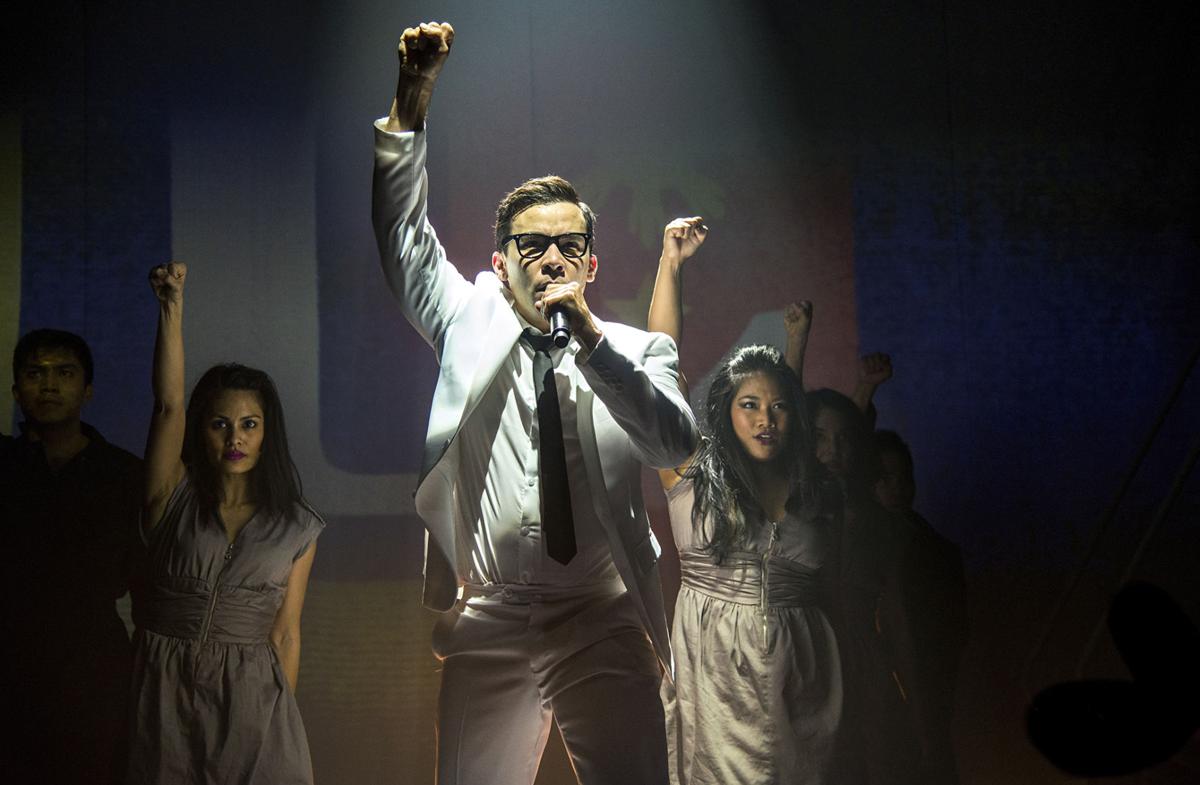 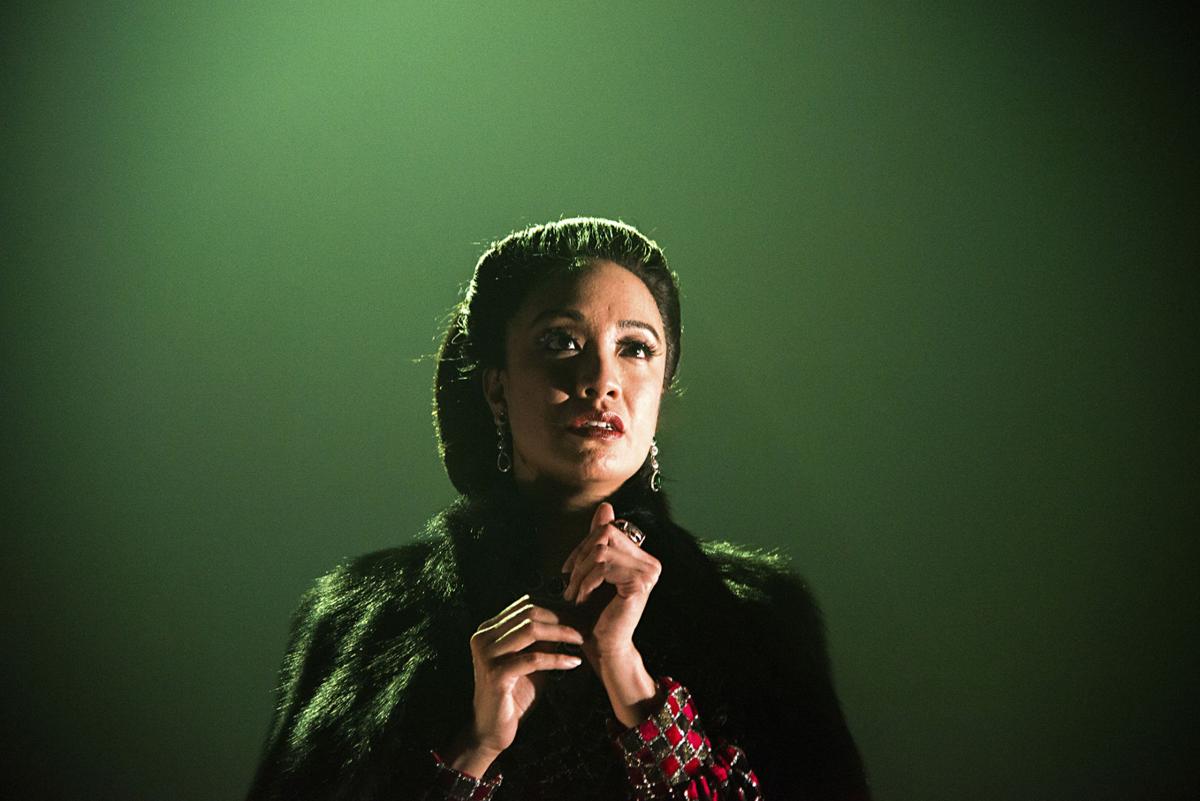 The moment I stepped onto a purple-lit dance floor, beats thumping, I knew that “Here Lies Love” would be no normal theater piece. To be fair, one would expect no less from a musical collaboration between David Byrne and Fatboy Slim.

Byrne, the founder of the 1970-80s rock-funk band the Talking Heads, conceived a musical which surrounded the audience, in lieu of a traditional theater layout. Visitors were given the impression that they had arrived at a hopping discotec in downtown Manila, where the narrative took place.

From a platform above, an aviators-clad DJ announced that visitors of “Club Millennium” were obligated to dance. Along the dancefloor precipice, narrow platforms on which the ensemble would sing, dance, and act stood raised at shoulder level.

By reinventing the conventional playhouse structure, Byrne made it impossible for viewers to drift off or disengage. Throughout the performance, the platforms rotated from the walls to the center and back again, coercing the audience into regular migrations about the floor.

“Here Lies Love” digs into Ferdinand Marcos’ (Mark Bautista) 21-year rule of the Philippines. For the most part, it approaches that authoritarian regime from the perspective of his wife, Imelda (Jaygee Macapugay).

Imelda, once a rural, small town girl, is thrust into the bustling capital of Manila and shortly thereafter into the enchanting arms of Marcos. A senator at the time he meets Imelda, Marcos wooes her swiftly with the demeanor of a charismatic statesman.

After Marcos and Imelda’s passionate meeting in Manila, the play accelerates at a dramatic pace. The actors speed through a montage of romantic scenes which climax with the couple’s marriage. With a jarring yet slightly predictable plot shift, Imelda’s initial infatuation is traded for a prescription drug addiction as she discovers the horrors of dating a politician. Love becomes a distant memory as it is replaced by the meticulous task of maintaining a cohesive public image.

Although the musical brings to light the Marcos’ controversial and autocratic rule of the Philippines, Byrne is less interested in political nuances than he is with Imelda’s disillusionment. The musical crescendos in a flurry of state-sponsored violence and protest of the Marcos’ reign, but it lingers longer on Imelda’s personal dejection and her disdainful transformation into a cunning political figure.

The production’s strength, by a long shot, is the palpability of Byrne’s musical composition and unorthodox stage design. The inverted theater layout, fueled by Byrne and Slim’s eerily groovy beats, immerses the viewer. Each change in song and each blast of action is pronounced in a way that would be impossible in a typical theater.

“Here Lies Love” engages the audience through subversion. This is its genius. Milling around below the swirling ensemble, I found it easy to assume the role of a downtown clubber, an anti-Marcos protester, and even a giddy observer at Imelda’s hometown beauty pageant.

At several points throughout the musical, viewers are taught typical Filipino line dances. At others, audience members find themselves subjects of a live television stream, sitting on pews at a funeral, and if fortunate, shaking the hand of Ferdinand Marcos himself.

At times it feels a bit unnatural, complacently dancing through a twisted political drama in which the Marcos family abuse their own citizens. They misappropriate public funds and spend a shamefully large amount of their time partying with, and in some cases sleeping with, Americans.

That’s part of the musical’s sobering function, however. As I moved about the floor dancing, smug and unperturbed, Byrne cast more and more light onto the heinous implications of the Marcos’ rule.

Eventually, when the audience becomes aware of the atrocities that occurred beyond the dancefloor, keeping up the same euphoric charade would leave one uncomfortable, and perhaps ashamed.

It was almost as if Byrne and Timbers had pulled a bait-and-switch. At one moment the audience was swaying and elated, then suddenly they were despondent as Marcos’ nefarious political measures came to light. Immersing an audience in a high-spirited musical frenzy was a palpable accomplishment, but tugging the carpet out from under their ecstatic feet is an achievement both clever and ideologically profound.

The verdict: Though political historians may scoff at the lack of technical complexity, “Here Lies Love” is a must see for those seeking avant-garde production style, as well as the borders of their comfort zones.