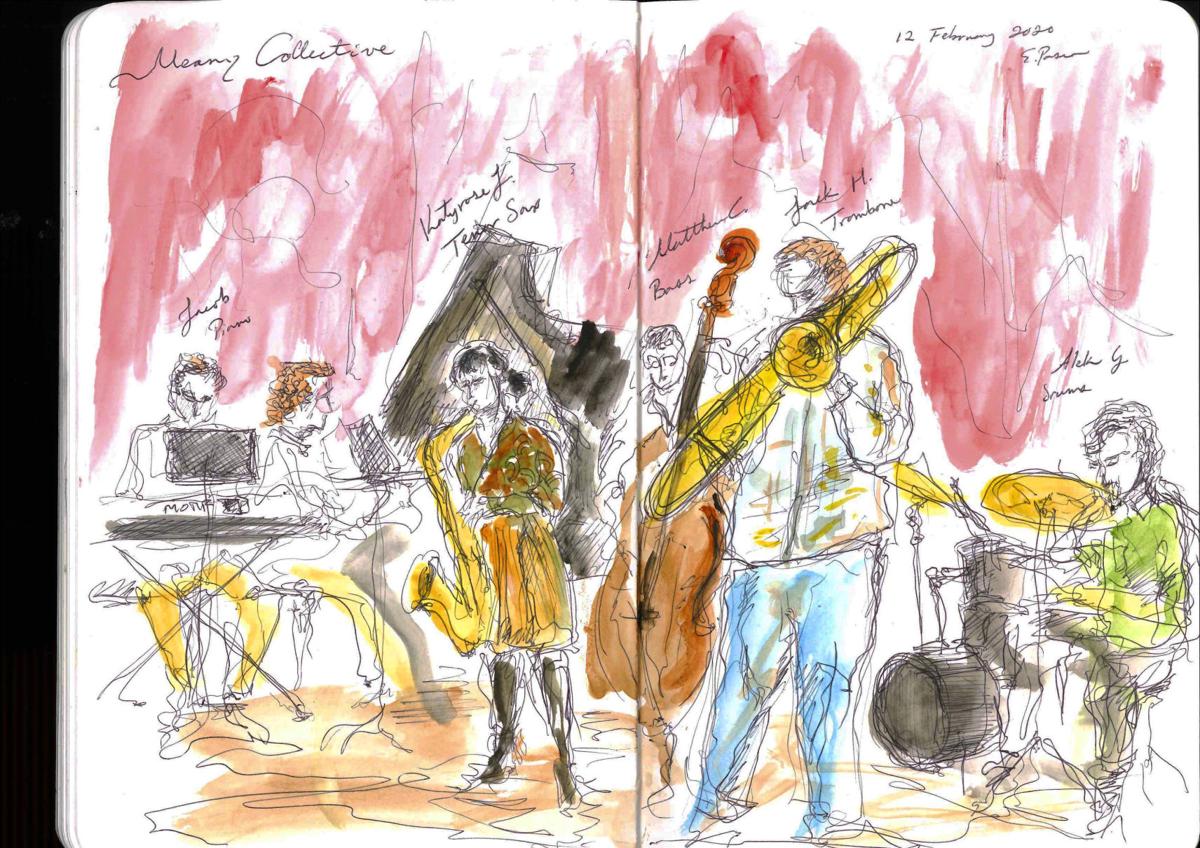 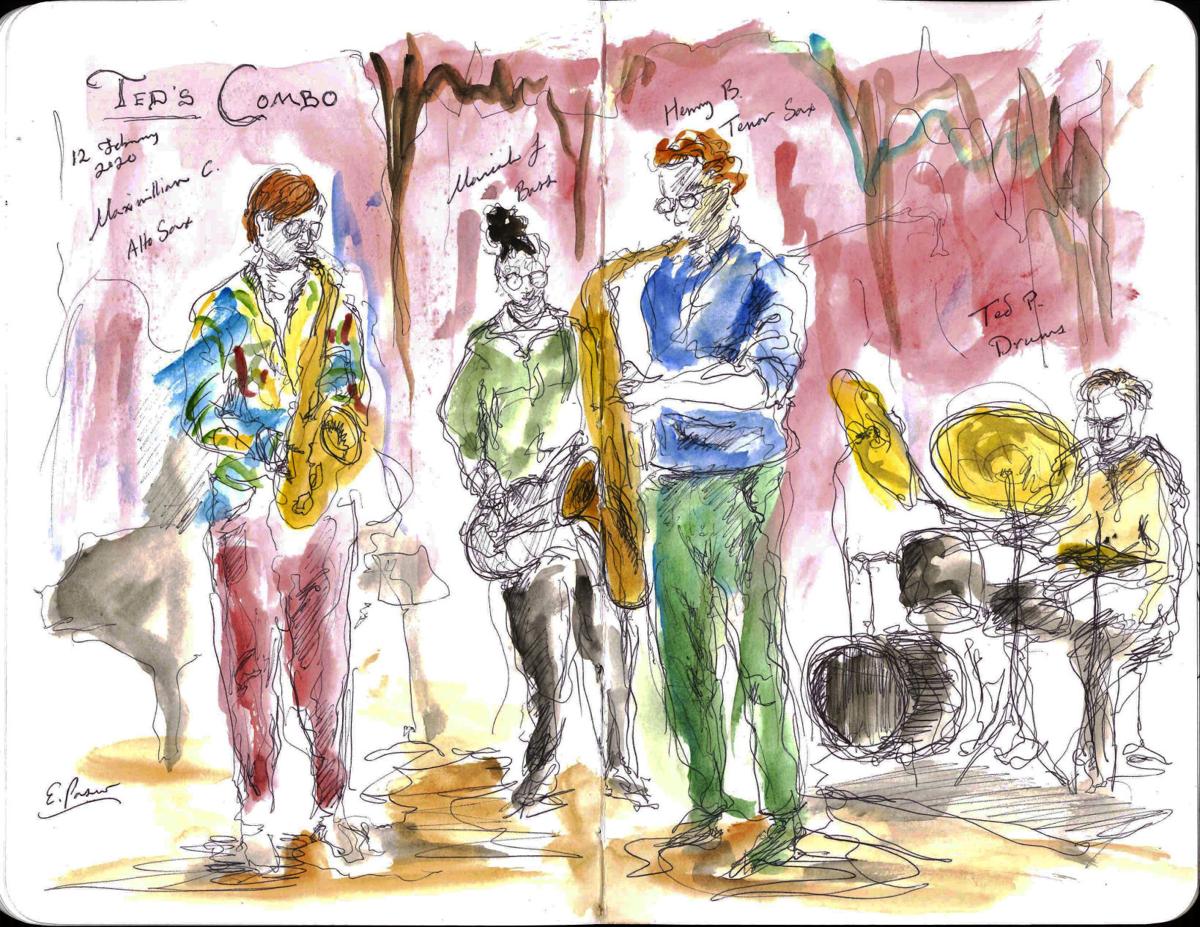 Jazz is an interesting genre of music and one that is difficult to define. It’s this lack of clear definition that makes listening and observing jazz so enjoyable.

On Feb. 12, I attended a jazz ensemble concert hosted by the UW School of Music. Two jazz groups, Ted’s Combo and Meany Collective, played a selection of pieces that highlighted the virtuosity and creativity of the musicians, all while paying homage to some of the greatest jazz artists of the last century.

The group began with “Cissy Strut” by The Meters. It was a slow groove that eased you into your seat and was like riding an easy wave. This piece smoothly transitioned into the next song on the set list, “The Mystery Song,” originally composed by Duke Ellington. The tempo picked up and had a more swing feel to it, and the sustained harmonies of the alto and tenor saxophones danced over the steady rhythm of the drums and bass.

The final song, “Qow,” by Dewey Redman, began with a driving rhythm and motif from the bass. One by one, the two saxophones and drums added themselves, creating more complexity to the music. As the song went on, the musicians were free to improvise and create with the foundational elements established. Czerwinski’s solos on the alto sax were bright and made me feel as if I was gliding through the air. Brown’s solos complemented Czerwinski’s with the deep, rich sound of the tenor sax and brought the listener down to earth. Together, their harmonies and melodies were a balance of tension and relaxation easing the listener into the color of the music.

It was during “Qow” that I felt the ensemble showcased themselves best. Poor on drums was experimenting with rhythms and even playing with the stands and rims to achieve a different sound, and Jones on bass kept the beat steady and drove the music forward. Each musician incorporated something another musician contributed; themes were discovered and abandoned, and creative energy flowed freely until the final moment.

The group began with an untitled original composition by Hillman. It opened with an ethereal motif on the electric keyboard. It felt like ascending stairs, with the saxophone and trombone lifting the listener out of their seat.

The second song in the set list was “Ugly Beauty” by Thelonious Monk. This slower piece made room for the musicians to play with long riffs and solos dancing around the complex harmonies and chord progressions. With the colors seeping and blending into one another and cascading freely in front of one’s eyes. It was almost like seeing a color palette come to life. The steady chords of the piano a calm blue, but the trombone and saxophone bright oranges and yellows that zigzagged and swirled across the canvas.

“Here’s Looking at You” by Charlie Haden featured one of the best solos by Hillman on trombone. The warm brass sound of the instrument cut through the room and made me close my eyes and let the sound wash over my ears. Even other members of the audience would close their eyes and rock their heads or tap their feet in time to the music. The full range of the trombone was featured in this piece which showed both Hillman’s technical skill and innovative creativity.

The final song, “Point in Time” was its debut. Composed by Linden, it displayed the full extent of his improvisational abilities with expressive solos and progressive innovations on the theme.

It began with an unexpected motif on the electric piano, but as Gayton introduced a swing rhythm on the drums, the song started to build in complexity. Crissey on bass added a deep foundation. Jordan and Hillman contributed the warm and bright tones of their respective instruments and played with the single motif introduced by Linden at the top of the song.

In both groups, each musician created music on the spot in collaboration with the musicians around them. After every musician’s solo, the audience would applaud the individual musician, recognizing their contribution and their originality.

The beauty of jazz is that it lives in the present. Colors and shapes of sound created by musicians moment to moment are constantly evolving and always innovating.