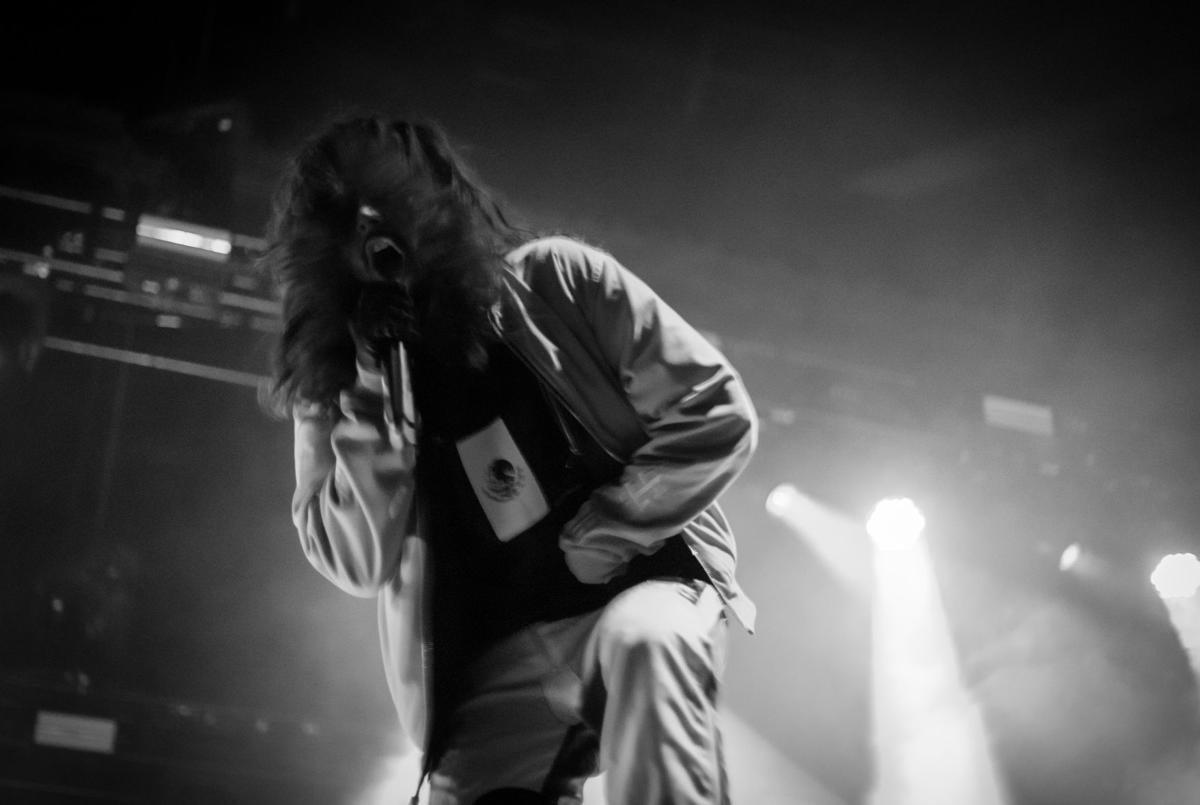 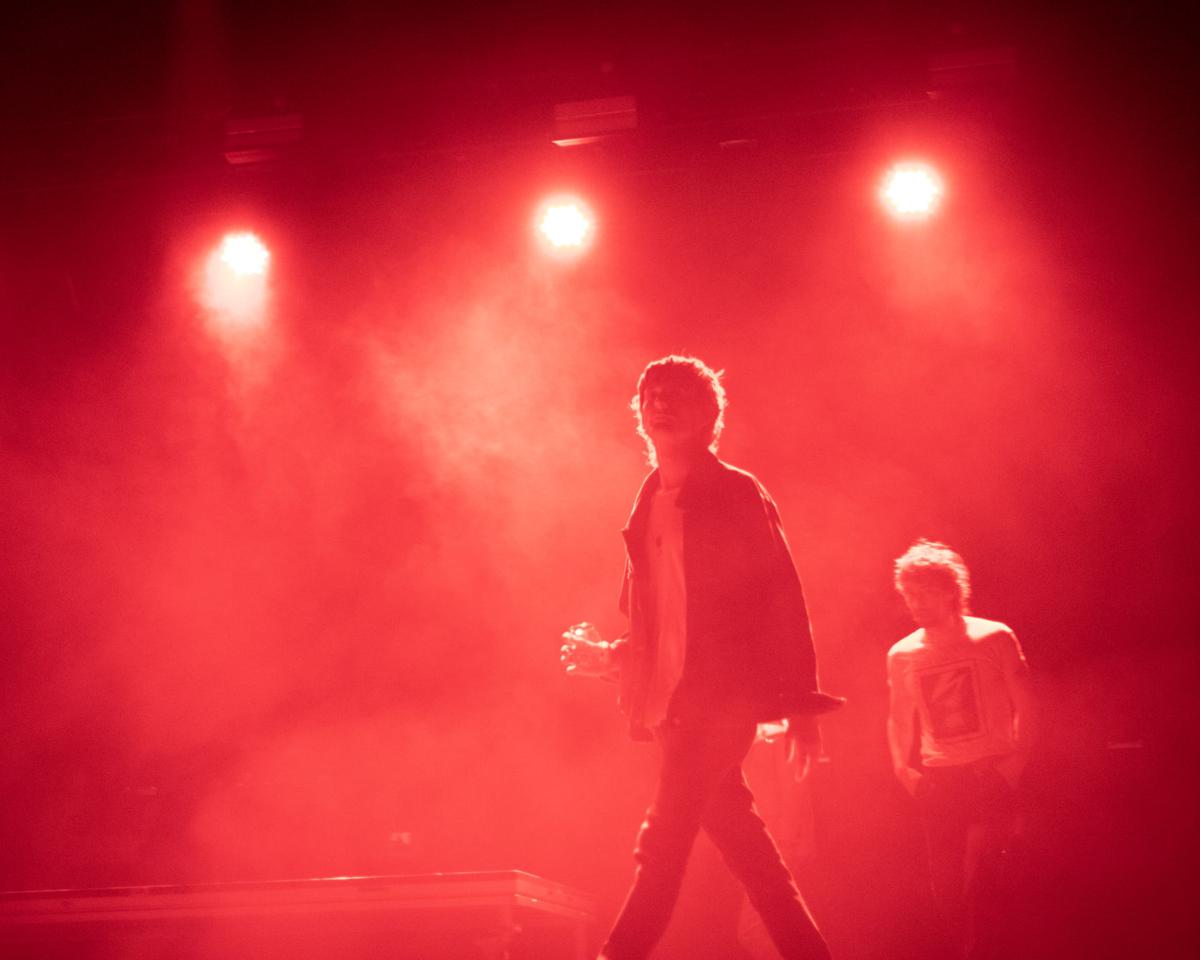 The members of The Strokes walking onto stage at the beginning of their set at WaMu March 9. 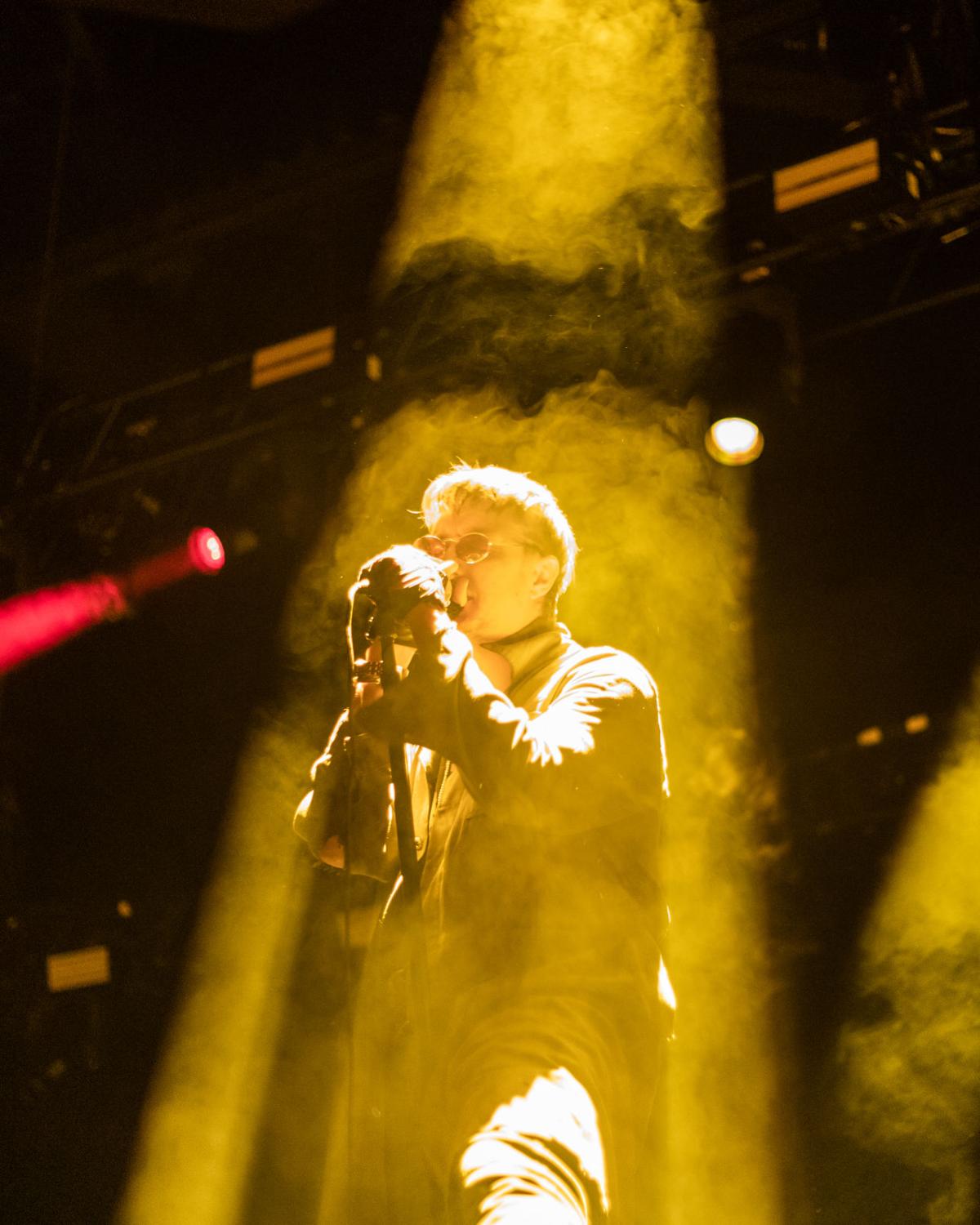 Julian Casablancas, lead singer of The Strokes, cloaked in a spotlight center stage.

It’s been too long since Seattle’s seen the Strokes. In the wake of the upcoming release of their highly anticipated sixth album, “The New Abnormal,” the iconic rock band made its overdue return to the city Monday, March 9, at the WaMu Theater during their international tour.

The concert began with a performance by Promiseland, an Australian-born musician whose music is of a genre that’s hard to pin down, but nonetheless exhilarating. Promiseland’s screaming punk vocals and heavy beats vibrated the entire theater. The one-man show ran across the stage, took off his shirt, did handstands, and jumped down into the crowd.

“Ah, there goes a rib,” Promiseland said as he climbed back onto the stage. “That does not feel good.” His opening act brought intense energy, to say the least.

The indie-pop band Alvvays also made an appearance. The Canadian band’s performance delivered a range of emotions, from feel-good songs like “Saved By A Waif” to the more melancholy sounds in the song “Not My Baby.”

“We found a bunny outside,” Molly Rankin said as she talked to the crowd. “I don’t know if Seattle has a lot of bunnies but I consider that magical.”

The singer and the four other band members delivered an atmospherical performance; Rankin’s falsetto vocals resonating with the crowd who couldn’t help but dance to the more upbeat songs.

The stage went dark as the crowd went quiet for half a second, and then there they were. The five band members of the Stokes walked onto the stage to a roaring crowd. With a black trench coat, sunglasses, a mic in one hand, and a foot on an amp, singer Julian Casablancas stood at the edge of the stage as neon lights lit up a fully packed theater.

The band’s last full album, “Comedown Machine,” was released seven years ago, enough time for the band’s iconic sound to mature into what can be heard in the band’s recent single “At The Door.”

Despite this new sound, the New York City band’s music still has the nostalgic feel fans have loved for more than 20 years. As the band played their latest single, “Bad Decisions,” I couldn’t help but feel that I was at a rock concert in the 80s.

The set consisted of songs mostly from the band’s first three albums, playing classics such as “Someday” and “Reptilia.” Throughout the show, the stage lights would turn off and the band would stop playing suddenly, allowing the crowd to catch their breath before the tantalizing sound of guitars started again, as Nick Valensi and Albert Hammond Jr. began to play the next song.

The band also took the time to talk to the audience. Casablancas often said a few words in-between songs, even ranting about internet trolls and cats. He and bassist Nikolai Fraiture took a moment toward the end of the show to thank Seattle for its music, saying that many of the bands they grew up listening to got their start in the city.

“Seattle, thank you for the music,” Fraiture said. “Pearl Jam, Nirvana, all music that we grew up listening to in [Casablancas’] bedroom.”

The concert came to a close as the band played their final song, “Last Nite.” The audience sang along and danced with the same energy as when the concert began. Casablancas gave a salute and drummer Fabrizio Moretti threw his drumsticks into the crowd as the song ended abruptly. The band walked off the stage, hopefully to return soon.

This was probably the great show I've seen year to date, especially since I never thought I'd have the chance to see them. That being said, I wish they gave a more spirited performance. I love The Strokes but dang it, why did they half butt the show. Again, I had an excellent time.