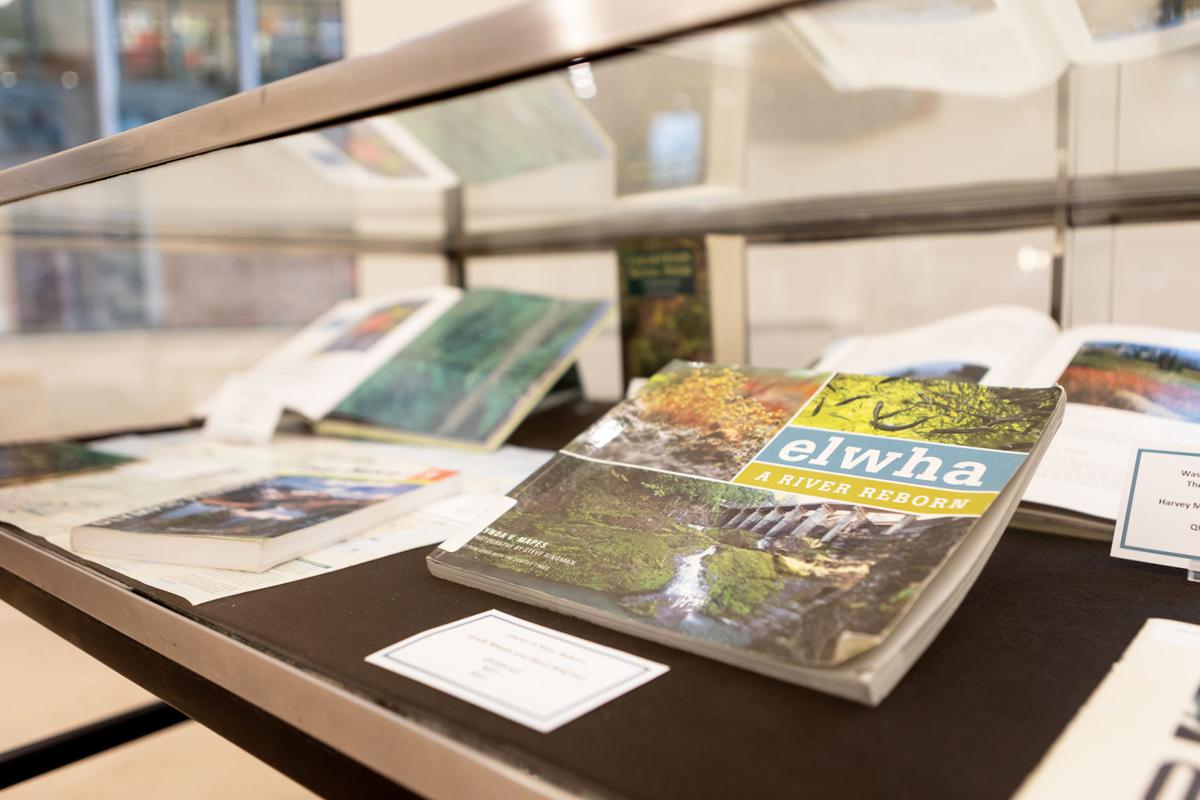 One of the books in the exhibit features "Elwha: A River Reborn" by Lynda Mapes and Steve Ringman. 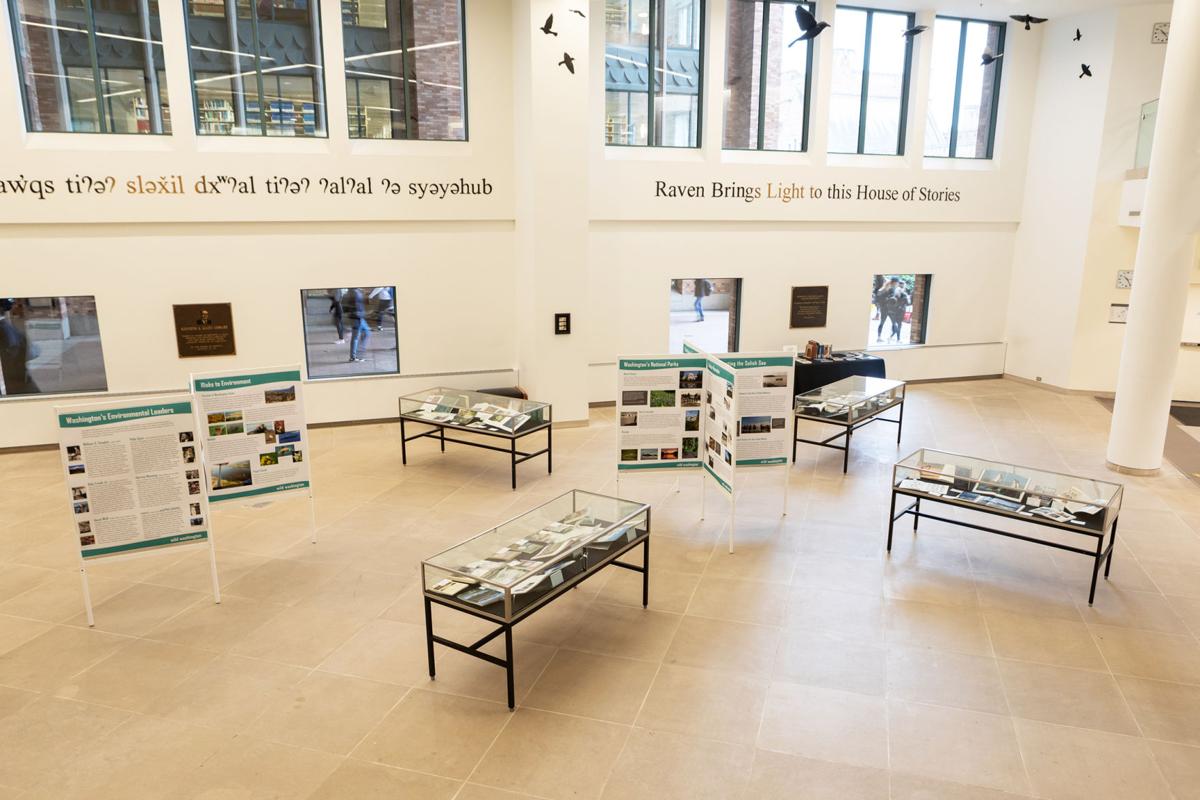 A new exhibit, "Wild Washington: Earth Day at the UW Libraries" opened on April 1st in the Allen Library in honor of Earth Day.

April 22 is right around the corner. For those of you who don’t know why that date is significant, listen up because the UW libraries have a message for you.

Less than two weeks from now is — you guessed it — Earth Day, and the UW libraries are celebrating with a new exhibit opening in the Allen Library. Located in the north lobby, this exhibit presents a wide range of media, all centered around exploring the natural environment of the Pacific Northwest.

Curated by the science liaison librarians, undergraduate, and graduate students from the School of Environmental and Forest Sciences, the collection highlights various aspects of Washington state’s wildlife, including biodiversity, sustainability, and environmental threats. Several large panels stand in the middle of the exhibit, and each reflects the careful research and expertise of the student that designed it.

“We really wanted to bring [about] the idea of the environment not being a foreign concept, but being so much a part of our lives,” graduate student contributor Nameeta Prasad said.

Prasad chose to focus her displays on the subject of much of her studies. In two grand-scale panels, she discusses man-made pollution, invasive species, climate change, and many other topics that are pressing threats to Washington’s ecosystems. She hopes this will spark critical discussion.

“I’m very concerned about these challenges because some of them seem impractical,” Prasad said. “There are no easy solutions. How do you combat climate change? How do you restore Puget Sound? How do you stop forest fires?”

It’s overwhelming questions like these that are at the heart of the Wild Washington exhibit. The first exhibit of its kind to be presented at the UW libraries, it aims to shed light on environmental wonders and woes that are uniquely relevant to Seattle and the greater Northwest region.

Among the panels in the exhibit are several glass display cases which contain books, pamphlets, and photographs of the native Washington wildlife. Glossy brochures in one display advertise the beauty of the local national parks, such as the Olympic National Forest and Mount Rainier National Park. Giant picture books of orcas swimming in the Puget Sound line the shelf of another.

“The cases contain books from our collection that are related to the posters we have in the exhibit,” Kari Anderson, the School for Environment and Forest Sciences librarian, said. “We tried to pick the prettiest books.”

Anderson laughed as she pointed out a book cover decorated with photography of the Cascade Mountains.

The books on display in the cases will become available for checkout after the exhibition ends April 26. In the meantime, there is a shelf of books about the Pacific Northwest flora and fauna available for student checkout throughout the month.

As part of the Wild Washington exhibit, the Allen Library is holding movie screenings each week of April in an effort to engage the UW community in environmentalism awareness. Each week’s screening focuses on a different topic relevant to Washington.

The film, media, and poster components of the exhibit attempt to showcase a holistic display of ecological preservation efforts in Seattle and beyond. This display marks a distinct effort by both UW students and faculty in environmental activism: a push for real change at the local and statewide level to protect nature as we know it.

“It’s time for action,” Prasad said. “Unless we take steps to protect [Washington’s beauty], it’s not going to stay around for long.”