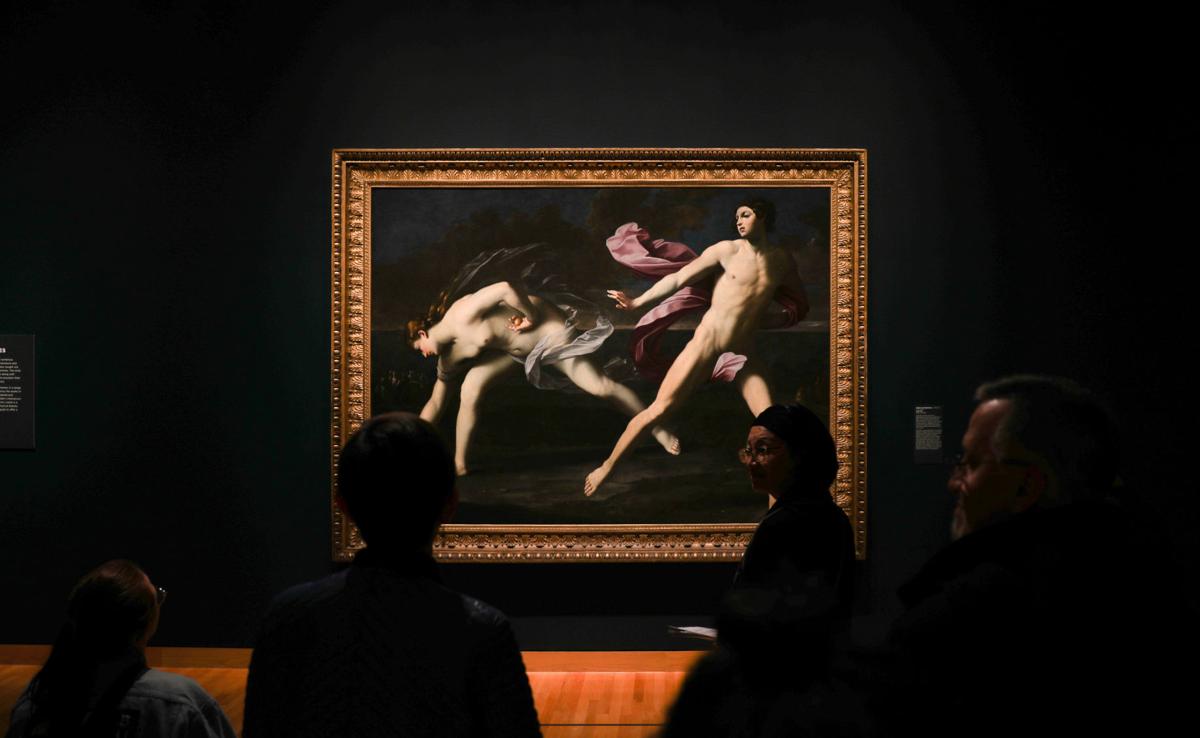 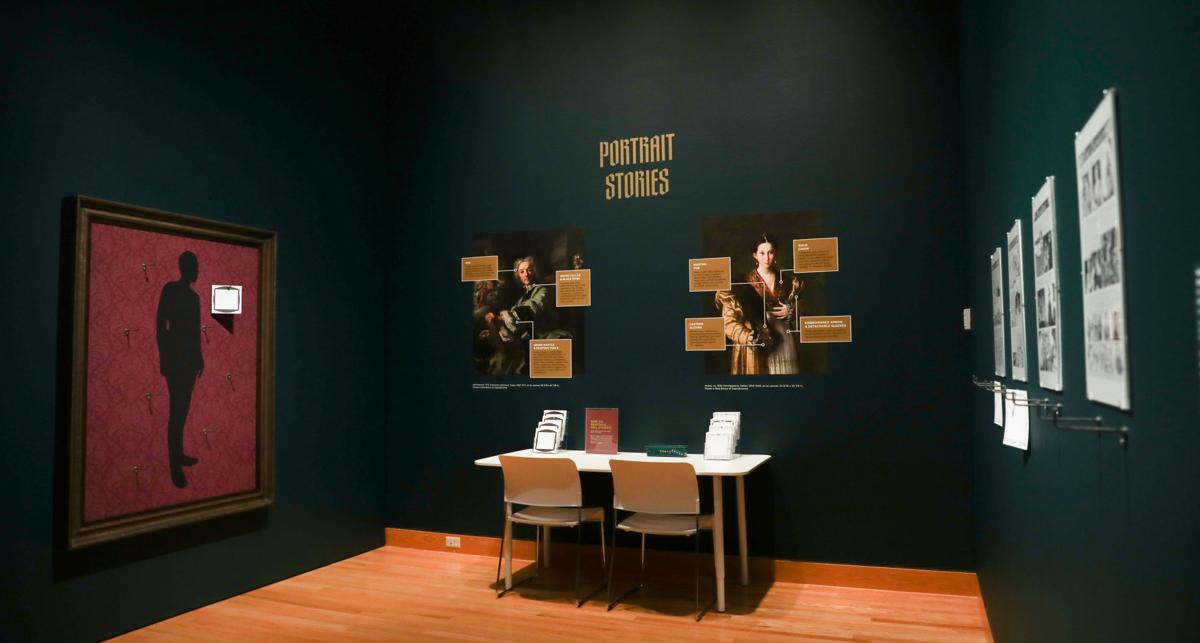 The education section provides opportunities for visitors to relate contemporary and historical ideas. 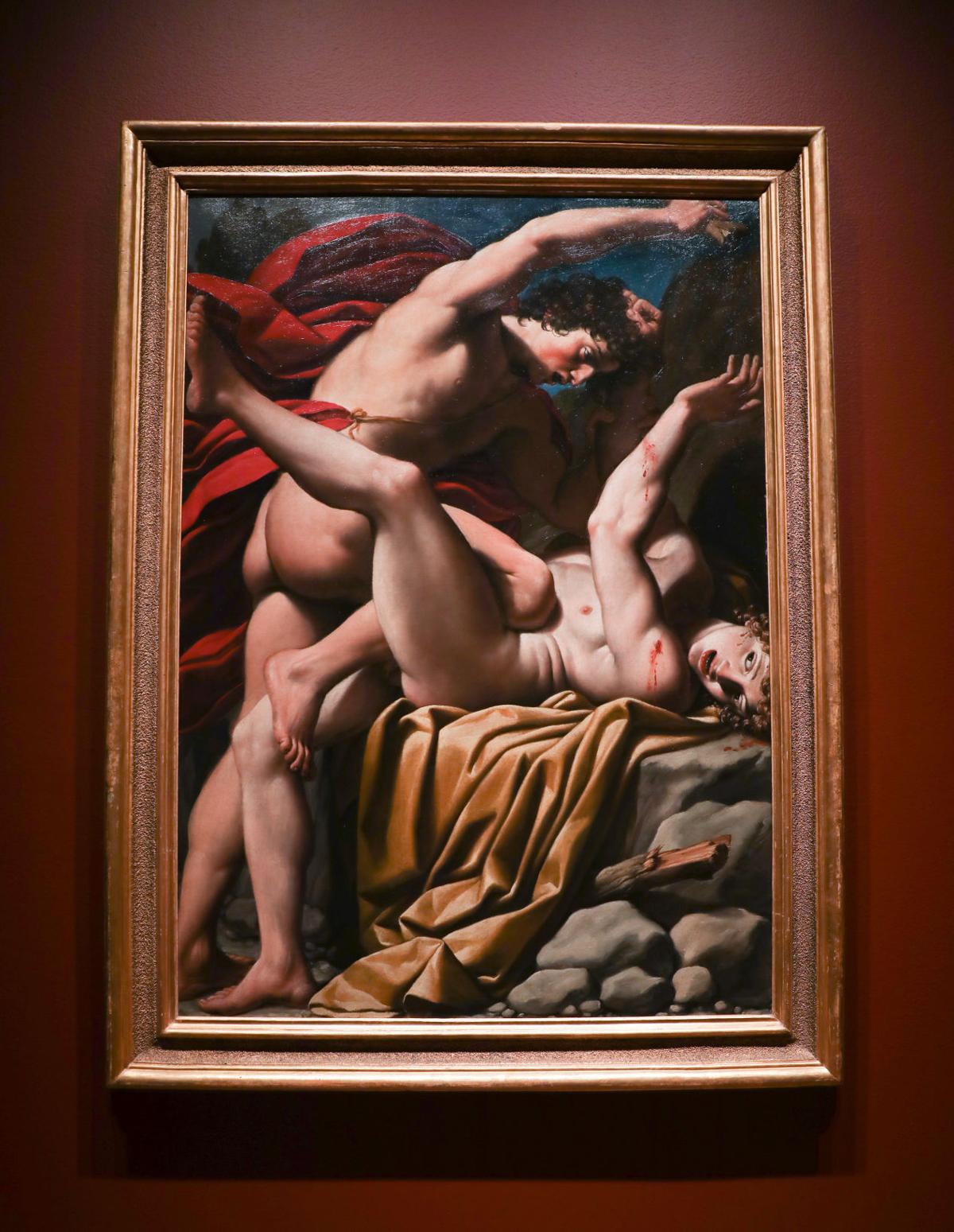 The oil painting "Cain and Abel" by Lionello Spada is being shown along with other paintings from 17th century Italy. 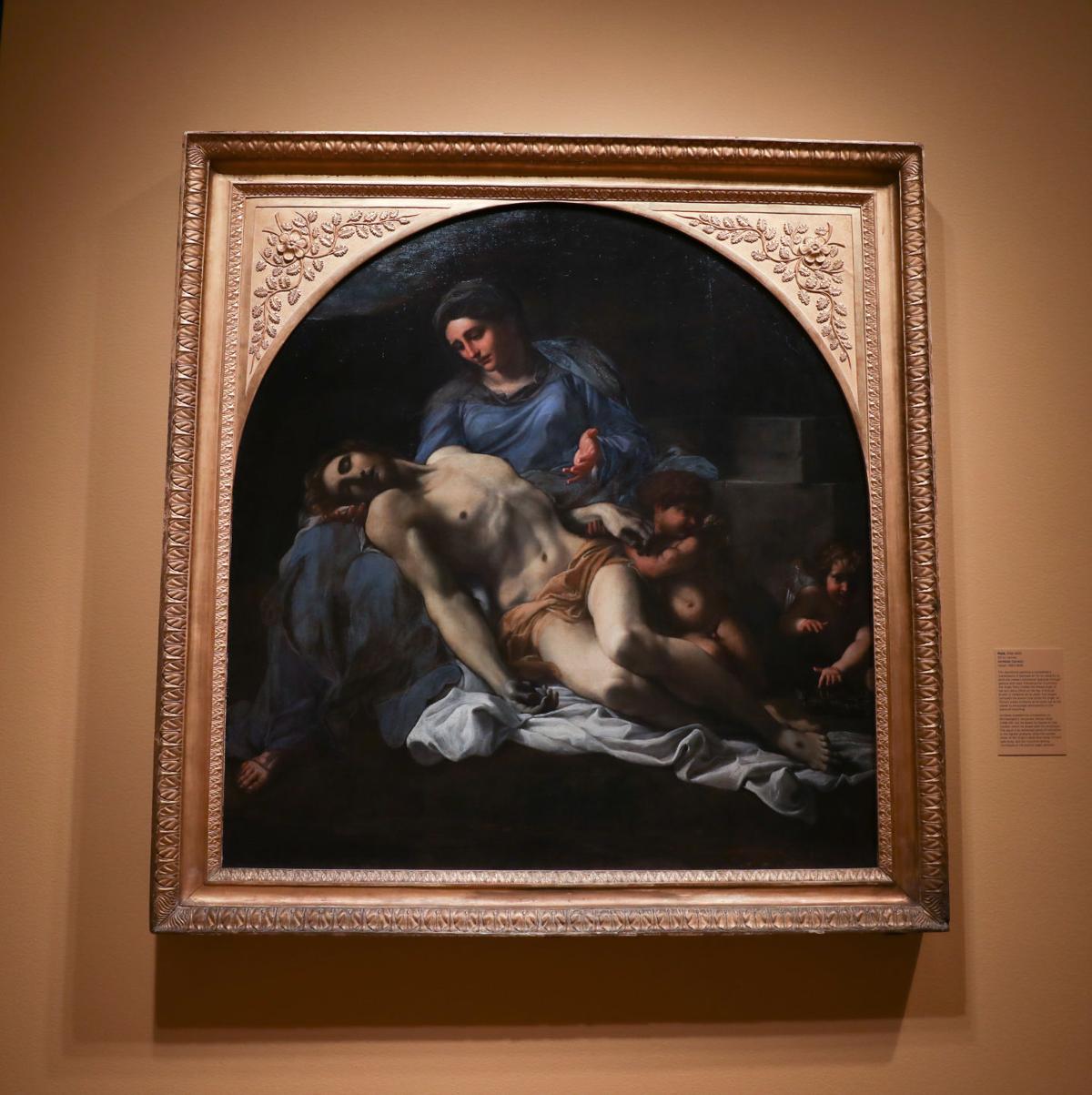 Annibale Carracci's "Pietà" shows the dead Christ in the arms of the Virgin Mary. Carracci was an influential figure in baroque art. 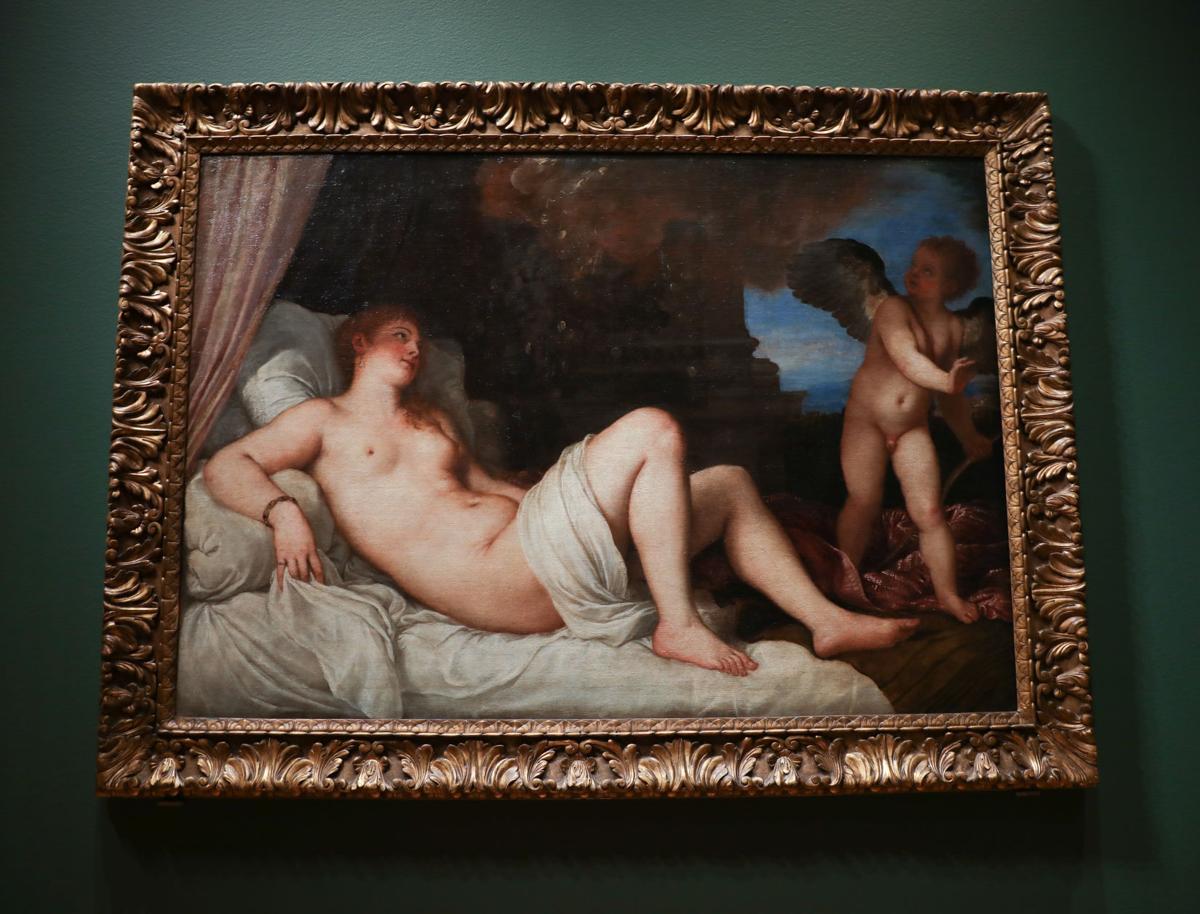 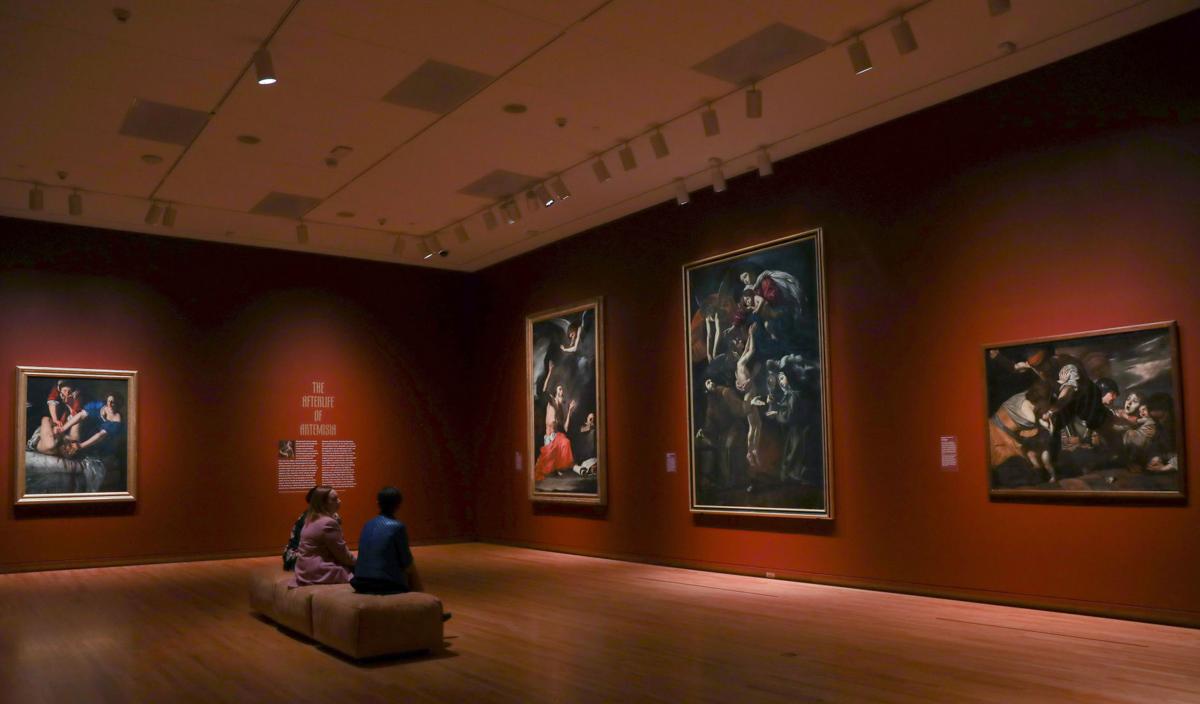 “I feel that great artists communicate across time,” Chiyo Ishikawa said, standing in the middle of the new exhibition at the Seattle Art Museum (SAM), the provocatively titled “Flesh and Blood: Italian Masterpieces from the Capodimonte Museum.”

Ishikawa, the museum’s Susan Brotman deputy director for art and curator of European painting and sculpture, curated the exhibit in collaboration with the Kimbell Art Museum and the Museo e Real Bosco di Capodimonte in Naples where the works are permanently housed.

The exhibition is divided into multiple galleries, painted in dark yellows, reds, and greens; each with a distinct theme in order to help guide one’s thinking on the art. At first, viewers encounter an introductory section that provides background on the history of the collection, then they follow a timeline with temporal context into the gallery containing the first major theme of the exhibition: images of women.

This gallery includes such famous works as Titian’s “Danaë,” with Zeus appearing in a cloud of gold coins, Parmigianino’s striking portrait “Antea” and his cool, polished “Lucretia,” who appears so calm during her own suicide you almost don’t notice the knife piercing her chest. It also includes the show’s only sculpture, a bronze model by Giambologna depicting the abduction of a Sabine woman. A wall label provides context for the function of images of women in art in this time period, acknowledging the influence of the male gaze on all the pieces, as well as the violence against women in the Giambologna.

An adjacent gallery highlights the work of the Caracci, an influential family of artists in the late 1500s in Italy. Annibale Caracci’s “Pietà” is a powerful work in this space. The dull, lifeless body of Christ in the arms of the Virgin Mary is in stark, emotionally charged contrast to the pinkish skin of his mother and the cherubs (putti) surrounding them.

Not far from this space, down a hallway with another timeline and a slideshow dedicated to the city of Naples (scored by opera and organ music) is by far the most dramatic gallery in the exhibition. With dark red walls, this room contains both the monumental, dramatic altarpieces of Battistello Caracciolo and Jusepe de Ribera, which span almost the height of the gallery wall, as well as the most violent, gory works in the show.

Not only is “Judith and Holofernes” the sole work by a female artist on display, but it is a uniquely challenging work. It depicts the beheading of Holofernes by Judith and her maidservant.

“It’s the toughest picture in the show,” Ishikawa said. Massimo Stanzione’s nearby “Massacre of the Innocents” is certainly a close second.

There are two more galleries past the red room, the first filled with mythological and religious paintings, and the second made up largely of still lives, a departure from the rest of the works, dominated as they are by the human body.

In putting together the show, the team thought a lot about how to connect with modern audiences.

“It really started with the selection of the works themselves,” Ishiwaka said. “We were really trying to think about themes that could carry through [the exhibition].”

There is also an “education” section of the exhibit, encouraging visitors to reflect on the ways in which clothing communicates status in the artworks and in their own lives. Additionally, it includes four comic panels from local illustrator and author Gina Siciliano exploring the contemporary relevance of some of the exhibit’s themes.

This work is also carried out through SAM’s social media, as well as events planned throughout the run of the exhibition such as the free community opening Oct. 17, which will feature musical and theatrical performances as well as a panel discussion about the “contemporary resonance of Artemisia Gentileschi] between UW art history professor Estelle Lingo and Siciliano, who recently published a graphic novel about Gentileschi’s life.

However, Ishikawa believes that the exhibition truly has the power to appeal to anyone, not just those familiar with the Italian art of the 16th and 17th centuries that comprise the bulk of the exhibition.

“There is a lot of powerfully expressed human experience in this exhibition that I think can connect with people even if they’re not familiar with the stories from the distant past,” she said. “Even if you don’t know what’s happening, you could sit down in front of almost any painting here and figure out for yourself … these artists are great narrators. And they’re using human figures … I think that when it involves the human figure, inevitably you’re going to get some kind of identification with what’s going on on the canvas.”

One of the most powerful things about the exhibition is not just the connection with the narrative, with the figures in the paintings, but with the artists themselves. If you look closely, you can see the individual brushstrokes made by the hand of Titian, of Annibale Caracci, and even of Gentileschi. A stroke of paint seems to connect the viewer across time to the artist, dead now for hundreds of years, who lives on where their brush once touched the canvas. Although the flesh and blood on display in these works are certainly engaging, it is the connection that seeing the artwork in person creates that is the true magic of the show.

“Flesh and Blood” is on view at SAM from Oct. 17 to Jan. 26. Student tickets are $19.99 except for every first Thursday when admission to the exhibition is only $4.99 for students with ID. This is not an exhibition you’ll want to miss.