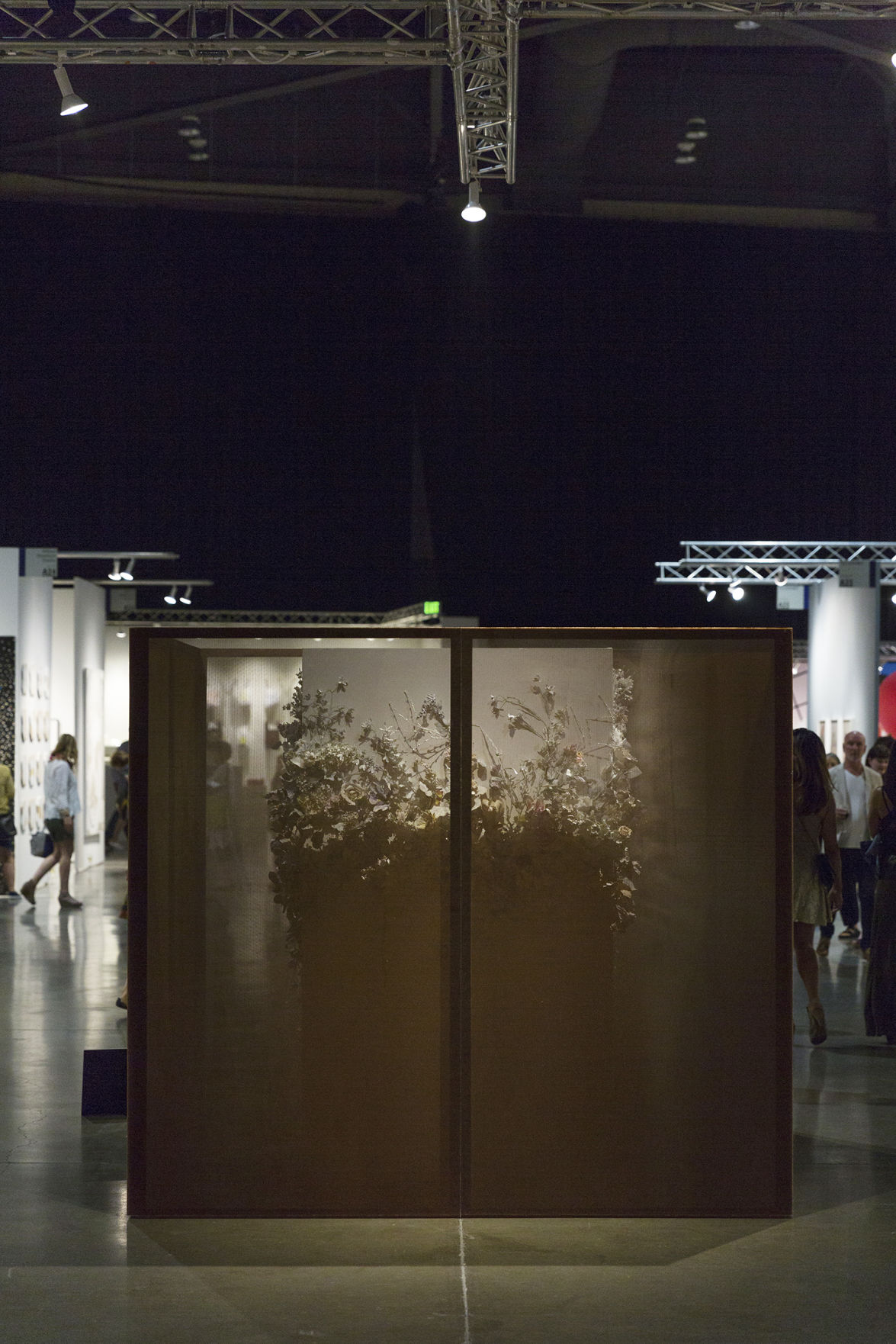 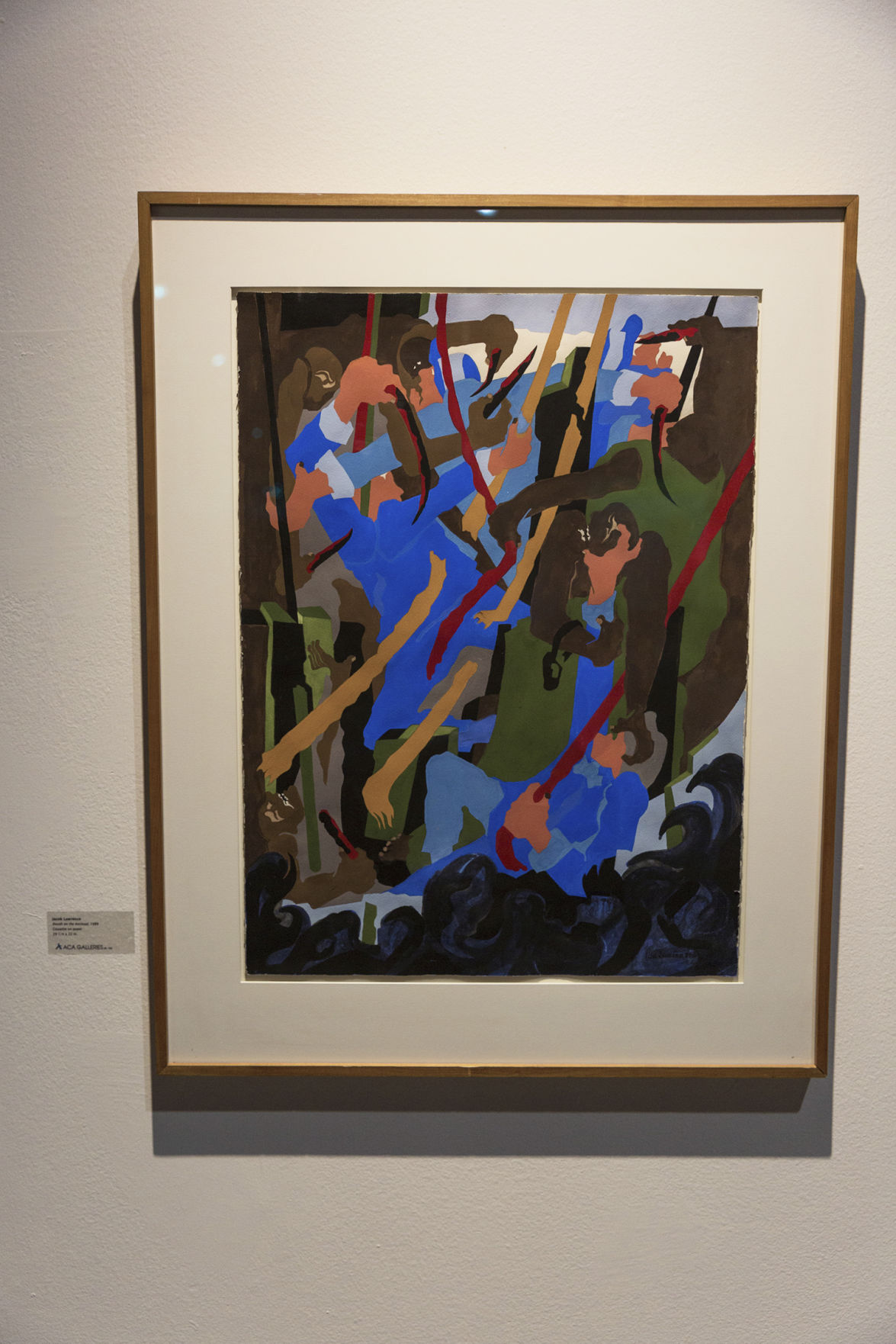 Revolt on the Amistad by Jacob Lawrence (Professor Emeritus). 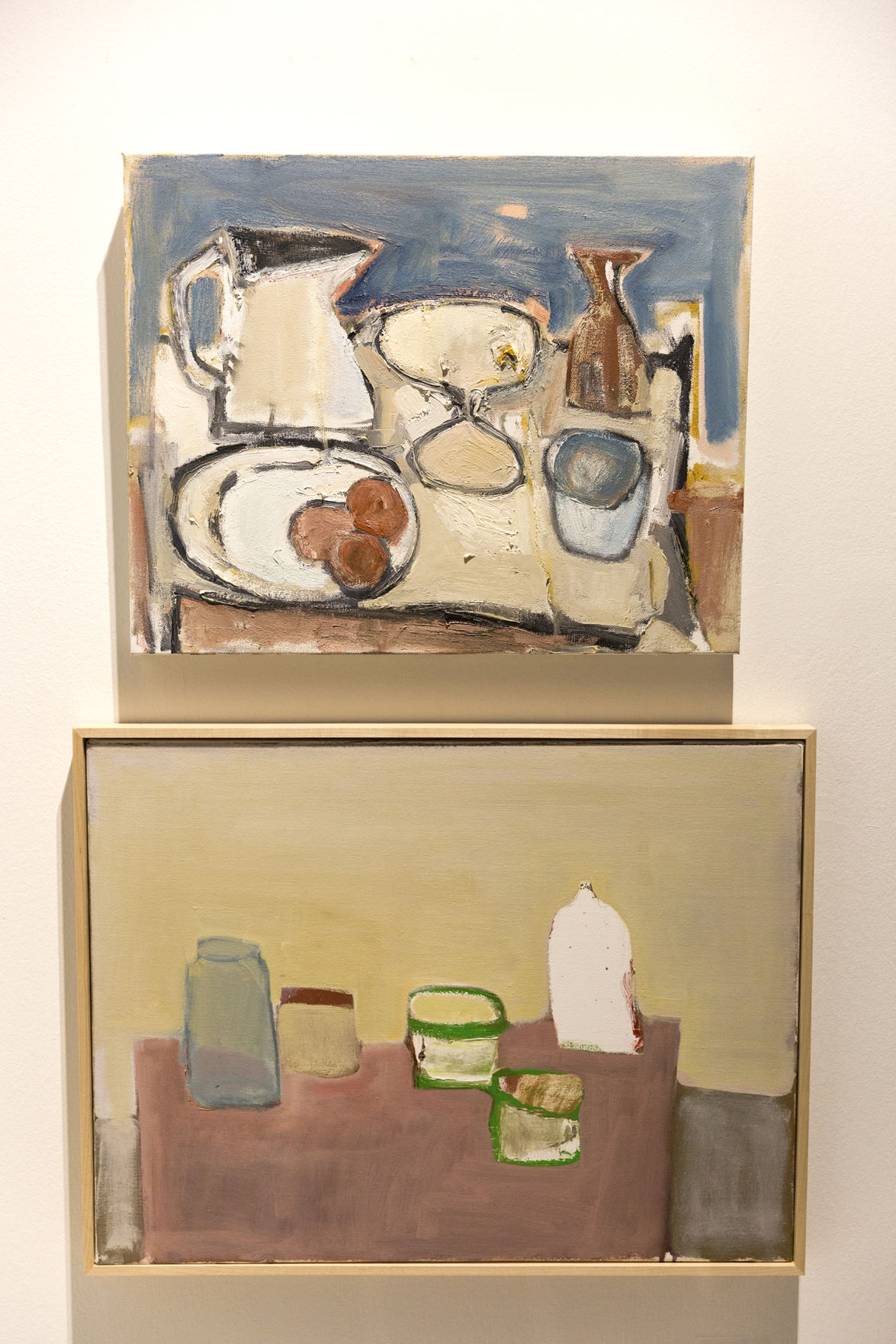 Revolt on the Amistad by Jacob Lawrence (Professor Emeritus).

I have never been to an art fair. My expectations were shaped mainly by jokes about pretentious art critics drinking wine while ‘ooh’ing and ‘aah’ing over a drawing that looked like something a five-year-old would draw in class.

Visual art has never been my preferred medium — I’ll go for music over a painting, a play over music, and a book over anything else. To be honest, I’m a little intimidated by paintings and sculptures, because I never really “get them;” the most emotional reaction I seemed to have was “Oh, that’s so pretty.” Going to the first two days of the Seattle Art Fair, though, presented me with a nice surprise: I’m not as hopeless at appreciating art as I’d always thought.

After checking into the fair, I wandered through the aisles for a little while. Galleries were set up on the floor in little cubicles, clustered into little cubes along the path. Every now and then, I furrowed my eyebrows just a smidge as I stared at paintings intently, hoping I looked intrigued and thoughtful instead of confused and out of my depth. People with wine glasses filtered around me, buzzing with conversation. I heard someone discuss a painting — something about life and death, and how the artist’s colors and techniques really brought that to the forefront. All I had gleaned from the painting were a bunch of scribbles.

And then it happened: I saw a painting, and I paused. It was a beautiful painting, entitled “Desert,” by artist Wendelin Wohlgemuth. It showcased a silhouette of a person pointing a gun at something out of the frame, and the technique the artist had used made it seem as if the viewer was staring at this person through a grainy green-gray filter. The entire painting had a very melancholic, far-away feeling. It was a perfect depiction of how I felt so often when I read the news or heard about terrible events happening in the world: a removed bystander, peering from an insurmountable distance into a world I had not and would never know, unable to even make out the specific details of the tragedy, let alone offer any meaningful help. This instant connection to a piece of visual art was not frequent, though, and even as I continued perusing the galleries, I saw many paintings that I liked, but few that I really loved.

A lot of the paintings I saw reaffirmed the pretentious artist stereotypes many of us are familiar with. There was a painting hidden behind a black curtain, with a single spotlight shining on the canvas. There were chairs in front of the painting, and before entering the little alcove, there was an entire list of what the artist thought made good art. The painting itself was a swath of brown paint. It was a really nice brown — more nutty brown than chocolatey brown — but it was just...brown. I sat down for a few moments, then turned toward the person next to me, and we both burst out laughing. One of the reasons I couldn’t take it seriously was probably because it reminded me of that scene from “Daredevil” where Fisk stares at the painting that’s all white and all I could think was, “At least that painting had different shades of white.”

A recurring theme that seemed to be present was immigration and cultural and racial diversity — there were paintings depicting Latin, Black, Arab, and Native peoples, and galleries from Germany, Japan, and Korea. Some highlights for me were the New York-based C24 Gallery, the Seattle-based Patricia Rovzar Gallery, and the Portland-based Russo Lee Gallery.

Two things really struck me: a) how expensive art was and b) how exclusivity and separation were sought after by the art community — or at least the subset of that community represented at the Seattle Art Fair.

Is visual art an activity only for the wealthy? I didn’t see a single piece that was below $500. Most were thousands of dollars, and some were hundreds of thousands of dollars. I saw a painting that was $180,000 that I wouldn’t have paid more than $50 for (due to my own unsophistication, no doubt). I saw a painting that looked literally like someone had drawn it in Microsoft paint being sold for $5000. The idea of people charging this much money for paintings is insane to me, but what’s even more insane is the reality that people have enough money to burn on actually purchasing them.

These seemingly absurd prices were surprising to me because they appear to directly contradict the purpose of art. Art is the celebration of individuality, but more than that, it’s about openness — it’s about expression, it’s about society, and it’s about how we interact with each other. It’s built on nonconformity, diversity, and yet, the crowd at the art fair was largely homogenous: wealthy, white, and “intellectual.”

This observation isn’t made with the intent to cast aspersions on the art community or the Seattle art fair; it’s just odd to me that art, which is about the celebration of differences and subjective human emotional connections, seems to draw such a specific set of people. There was also a somewhat elitist emphasis on status, as evidenced by the three separate VIP lounges present.

Funnily enough, the art being consumed was representative of everything that wasn’t present: diversity of culture, race, and social class. Isn’t art about transcending these hierarchies?

Overall, though, even as an outsider to the art world, I enjoyed visiting the art fair, and I’d recommend others go as well when it happens next year. The ticket prices were fairly reasonable — $20 for one day, $50 for three days, and $5 for one day if you were between 13-19 years old.

There were some beautiful pieces of art displayed. For someone who already has an interest in visual art, this fair is a great place to expose yourself to interesting artists and learn a little something new. If, like me, you’re a total newcomer, it’s a great place to start exploring the world of visual art, or get a peek into the strange, subjective world of fine art.