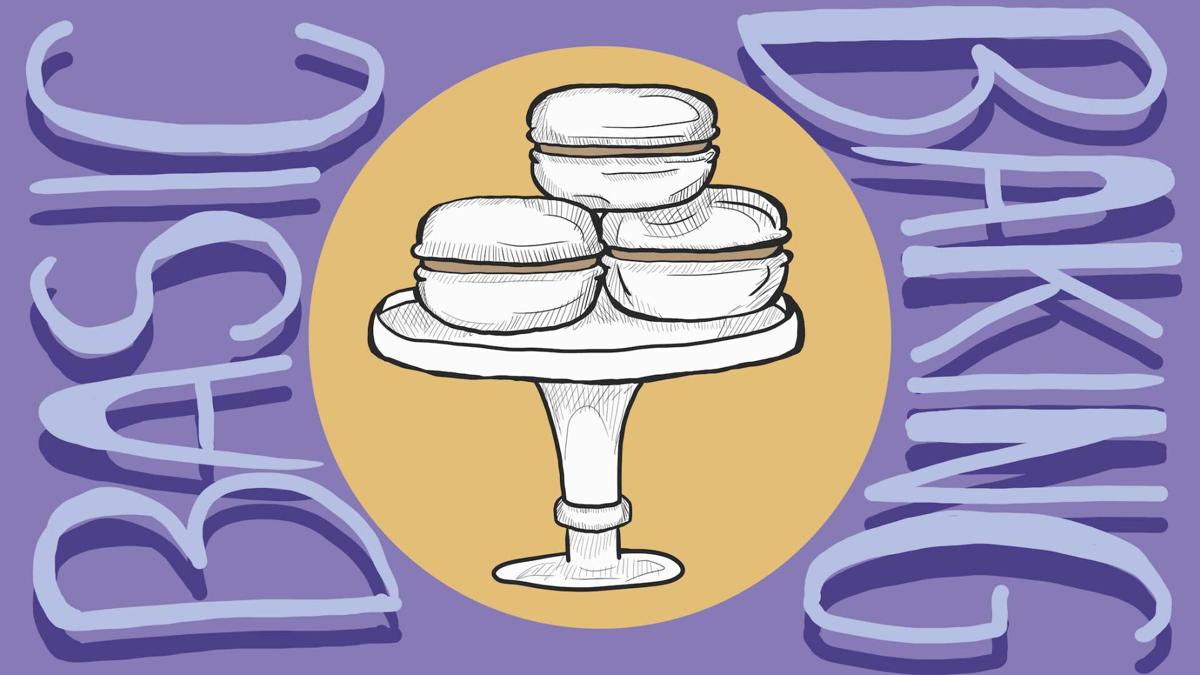 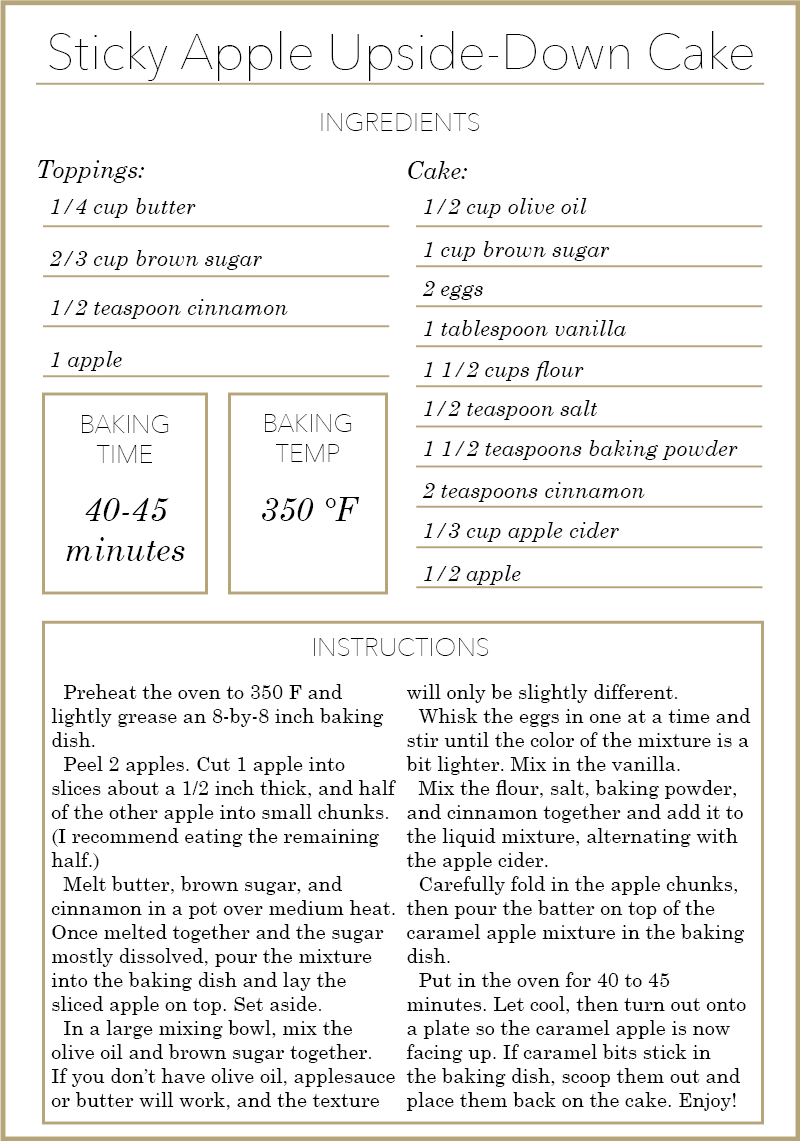 Last week, my roommate and I bought a 5-pound jug of apple cider. It quickly became clear that this was far too much cider for two people to drink, so I began to look for recipes that would make use of it.

I was unable to go to a pumpkin patch or apple orchard because of the pandemic, so I tried to create a dish that was inspired by those fall feelings but was less classic than an apple or pumpkin pie.

I came up with this sticky apple upside-down cake which uses both apples and apple cider and packs a punch with the large amount of cinnamon it holds. The dish turned out pretty well and was eaten within two days of making it.

This is another recipe that seems complicated but really isn’t. The topping isn’t a full caramel, so don’t be scared of that. The olive oil may seem like an odd ingredient to include in a cake, but I found it made the texture especially moist and light. An added bonus is that this cake pairs wonderfully with vanilla ice cream.