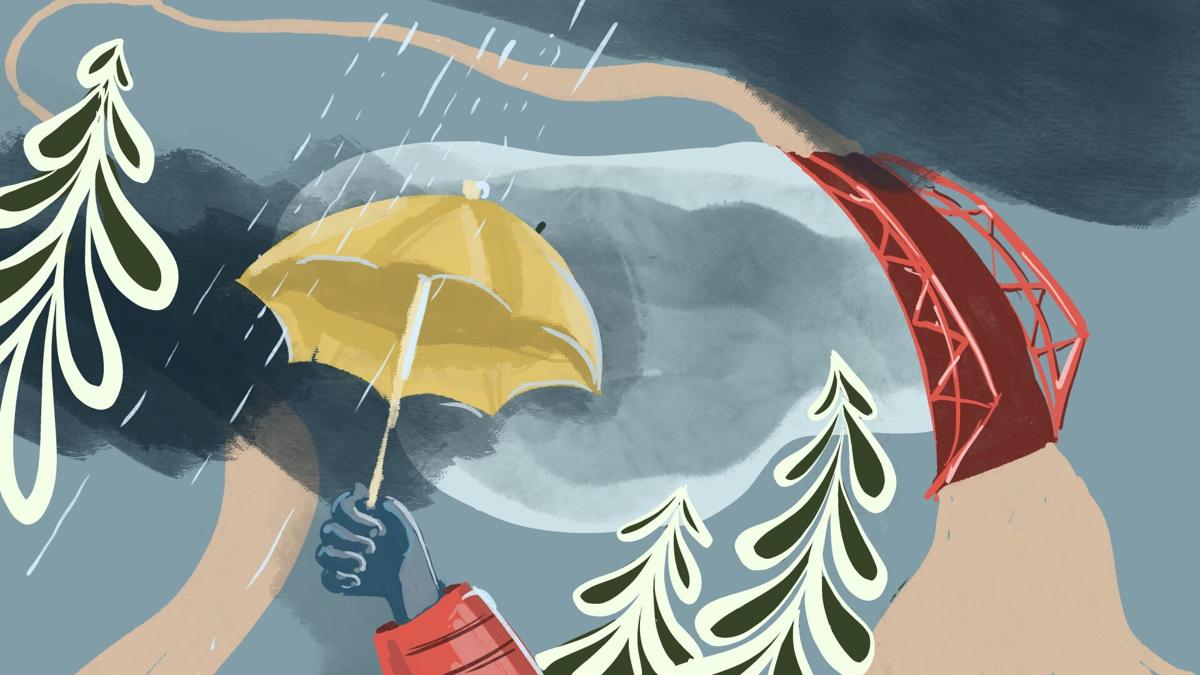 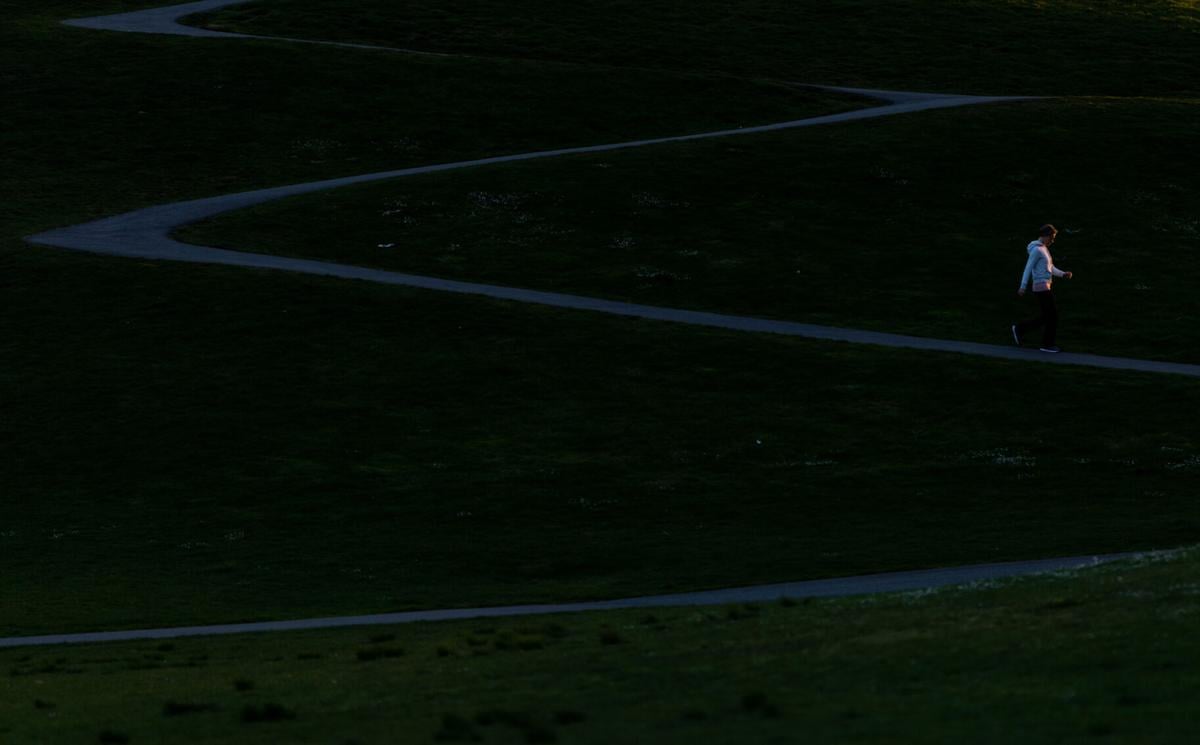 A visitor to Gas Works Park walks down from the hill at sunset. 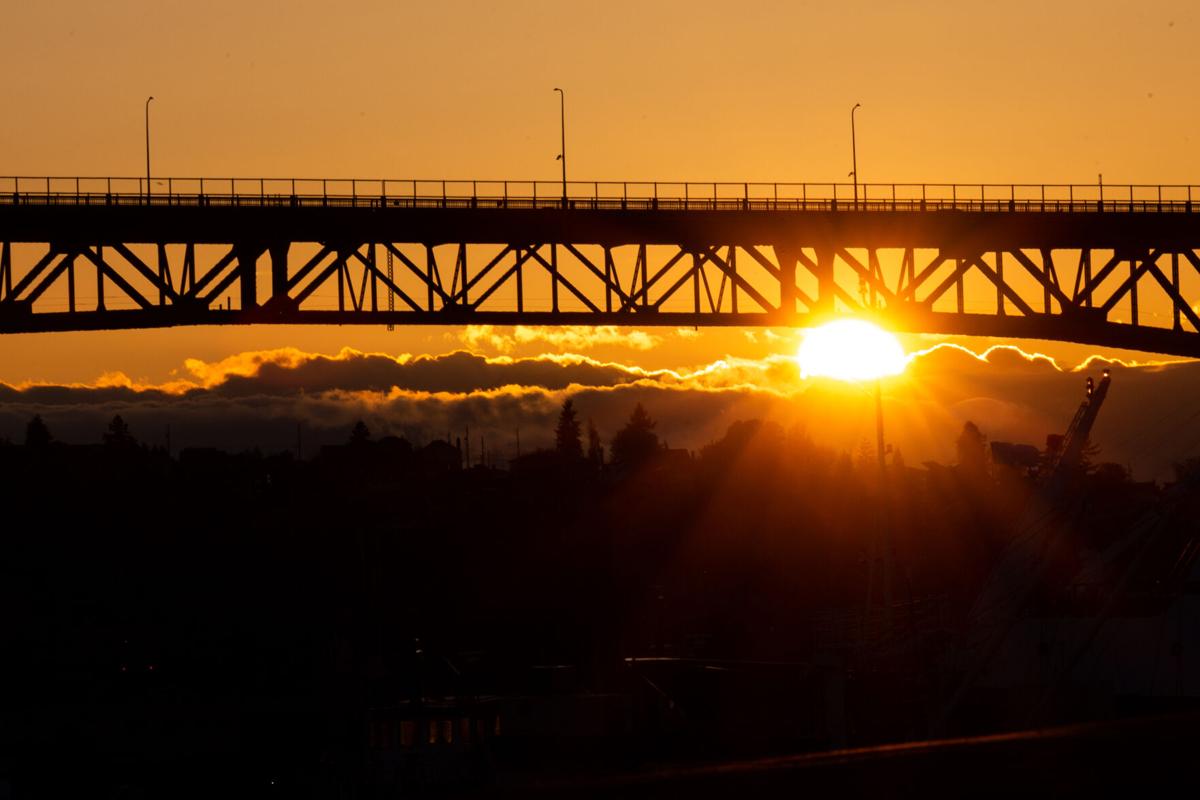 The sun sets beneath the Aurora Bridge, as seen from Gas Works Park. 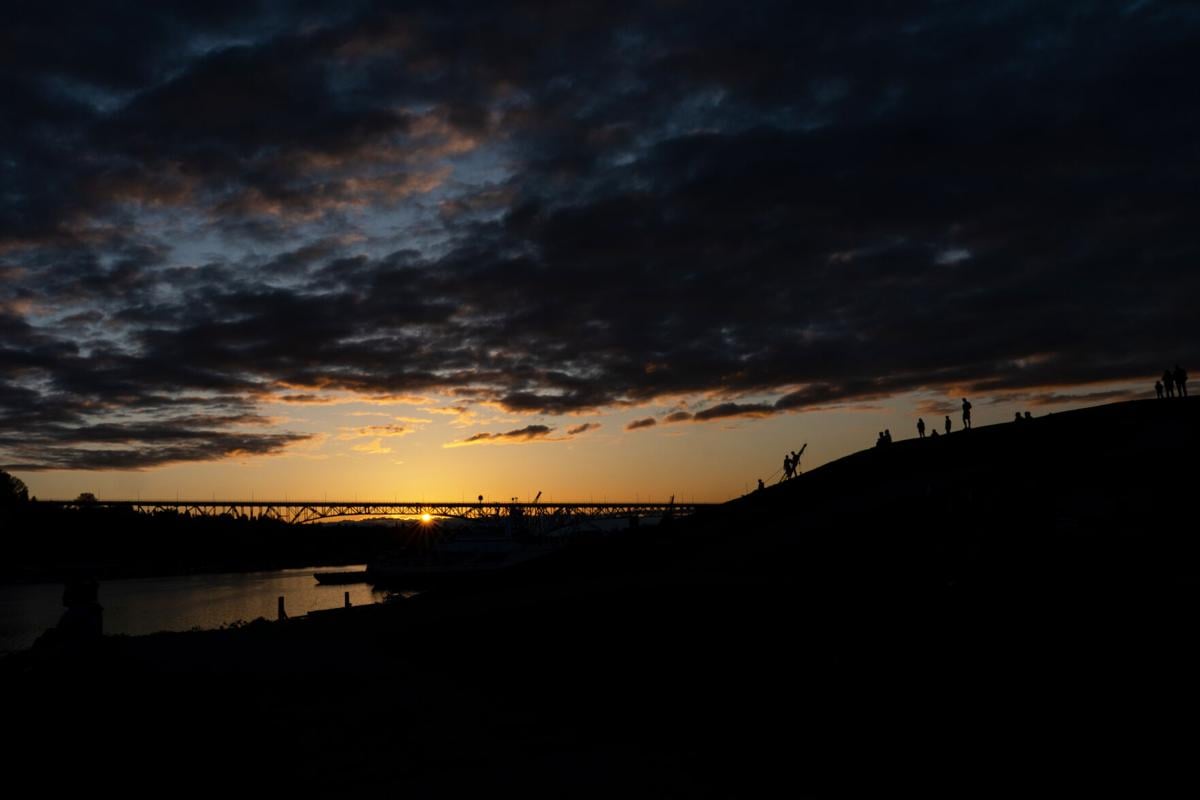 Visitors to Gas Works Park watch the sun set through the Aurora Bridge.

Gas Works Park — contrary to North Passage Point, which this column previously wandered to — is worth returning to time and again on account of its spectacular vista alone. It is, however, best visited during all forms of weather apart from that for which Seattle is best known: rain.

The dynamic and impressive Seattle skyline — Space Needle and all — is framed more clearly here than in almost any other park in the city. The view is especially beautiful when juxtaposed with imposing (but harmless) cumulus and stratocumulus clouds rolling in from the Pacific.

If the stars align, you may even find yourself here at the precipice of a storm, in which case you’ll be witness to the grand drama of cumulonimbus clouds or the foreboding blanket of nimbostratus clouds whispering the onset of rain. If a storm is coming, this is a wondrous place to be.

Equally attractive is the surface of Lake Union splayed beyond the park’s expansive lawn. In the rare event of sunshine, this park awakens in an ecstasy of sunbathers and kite-fliers. It is, however, one of the only lakeside parks which explicitly prohibits swimming or water access of any kind (more on this in a moment).

Rain at this park is a notable challenge, given the landscape’s striking lack of foliage. A machine room that now serves as a picnic shelter may provide momentary respite, but the exposed nature of Gas Works is a weakness when the wetness of the winter takes hold.

Cloudy, windy, or sunny skies? Autumn in the PNW is a full rotation of these iterations. I suggest you take full advantage of this unique greenspace while the jet stream allows.

Rain? Continue reading for other options in the weeks ahead.

Even the occasional fog will emphasize the pervasive eeriness of this city in the darker months ahead. This ambiance is inescapably embodied here in the abandoned machinery of the former coal gasification plant, which, according to Atlas Obscura, “serves as a testament to a bygone industrial age.”

The testament these sleeping machines carry, however, is also a story of the sort of environmental naivete we’d like to forget we once had. The weathered and rusted towers once converted superheated coal and crude oil into synthetic gas that powered the city from 1906 until the plant’s closure 50 years later, when natural gas became available as a less volatile alternative.

The ramifications of the coal and crude oil synthesis were decried for years by residents of the city’s Wallingford neighborhood, and although the park’s current use represents significant ecological and infrastructural progress, the fallout from the gasification remains as present as the iconic towers themselves.

The Seattle Parks and Recreation website, as well as on-site signage, makes the effects of the bygone age especially clear: “Access to Lake Union is restricted at Gas Works Park, as the lake sediment contains hazardous substances. Entering the water or launching boats from the park is prohibited. There is no swimming, no fishing, and no wading in the park.”

Enjoy the view, reflect on the history, and step into gratitude for the progress we havemade. There is certainly a long way to go, but our story is a relay, not a sprint.

This is now a shameless plug for you to make your voice heard. Be informed and vote wherever you’re registered, because the decisions our elected leaders make now will impact our neighbors in the decades to come, for better or for worse.

I say: Let's elect the sort of leaders who create parks where pollution once haunted.

After that, take time to wander this week and enjoy what beauty there is to be found along the way.