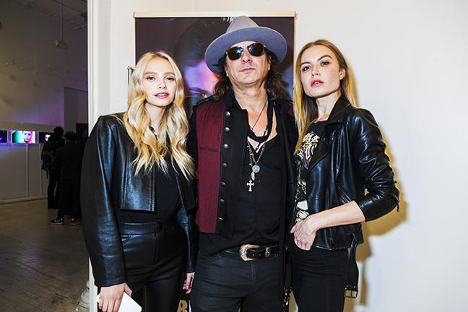 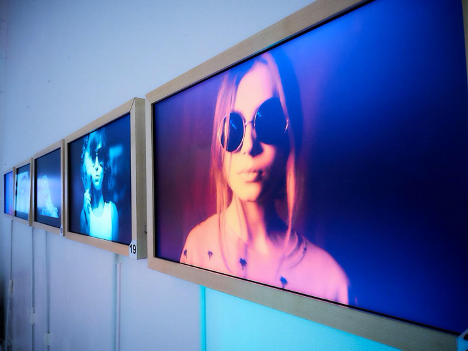 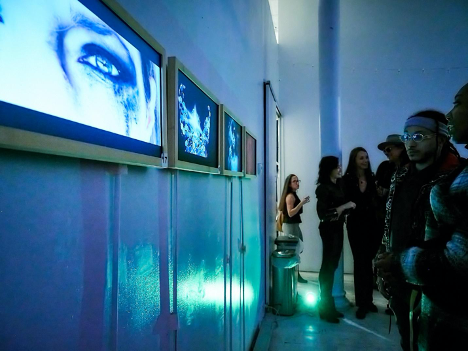 If you are one of the few who has never heard of Marko Stout let us tell you that Stout is a contemporary artist from the United States, he is known for his amazing industrial pop style with a focus on New York City and modern urban life.  His work has been called to be “dark, gritty and raw” and is also considered to be the “hottest art in NYC!” Some also compare him with Andy Warhol who was a pioneer of pop art in 20th Century America.

Nowadays it is really impossible not to have heard even once, to speak or, failing that, to name Marko Stout. There is a rare chance that someone associated with the art industry does not know who he is.

Stout began his art career in the late '90s as an "outsider" in San Francisco and later downtown New York City. Born in a small New Jersey beach town, Stout’s early years were filled with surfing, athletics, and Rock music. Stout went on a road trip after completing high school and used to pick up odd jobs as he went along with his journey, this gave him the exposure of various arts and cultures. He later enrolled in Princeton University and earned a degree in biology. He was also a student at Columbia University, where he got his medical degree. He also got trained in orthopedics at a New York veteran’s hospital.

After completing his studies, Marko moved to California. While living in Sausalito’s bohemian community, aboard a houseboat on San Francisco Bay, Marko got himself acquainted with many local artists, writers, and gallery owners. They would have long conversations regarding art, literature, music, and philosophy over dinner and Mexican weed. Here he got the opportunity to meet a painter trained by the Chicago Institute of Art, who owned a prestigious gallery. This was undoubtedly enough inspiration for Marko Stout to follow a career in modern art, and even his first pieces of work were sold in that same gallery. That is why Marko feels very grateful to this gallery since it was this gallery that opened the doors to his future and acted as a stepping stone to the success that he currently has.

It should be noted that today Marko Stout is dedicated to producing works in a variety of media, especially printing, painting, sculpture, cinema, video, photography, among other new media. Many people know him directly today thanks to the Festival of Edible Apple Cinema, which takes place in downtown New York. This festival's main objective is to be able to amazingly promote works of art with innovative avant-garde styles as well as experienced films, it is important to note that this was fully founded in 2015 by Stout himself. Stout was also featured on The Huffington Post after his tour with his art installation Chelsea Girls. Marko brazenly uses vibrant colors to create long-lasting depictions in his art that is mostly focused on erotica. This can be seen in his “Erotic Allure” series of portraits.

It is no secret to anyone that in this era it is extremely difficult as well as challenging to be recognized in the art industry, celebrity industry, or in the social industry. Now imagine climbing to the top of both of these industries. It is near to impossible, but not for Marko Stout. Thanks to his talent as well as his various abilities he has managed it in a fascinating way. It is for this reason that today everyone is talking about him and even celebrities like Caitlyn Jenner or Charlie Sheen have endorsed his work. You can view these celebrities’ endorsements and other details about Marko’s work and life in his official website Markostout.com. He is now so famous that he has become one of the most recognized men in New York City. Marko’s works are showcased at numerous international exhibitions, private collections, and Fine Art galleries.

Even if you are not in New York then also you can witness the masterpieces of this iconic artist in various locations where his galleries are located. His solo galleries are spread across the USA. His art has also crossed the borders and can be witnessed in his galleries located in cities like Berlin, Tokyo, Madrid, Paris, and Hong Kong.