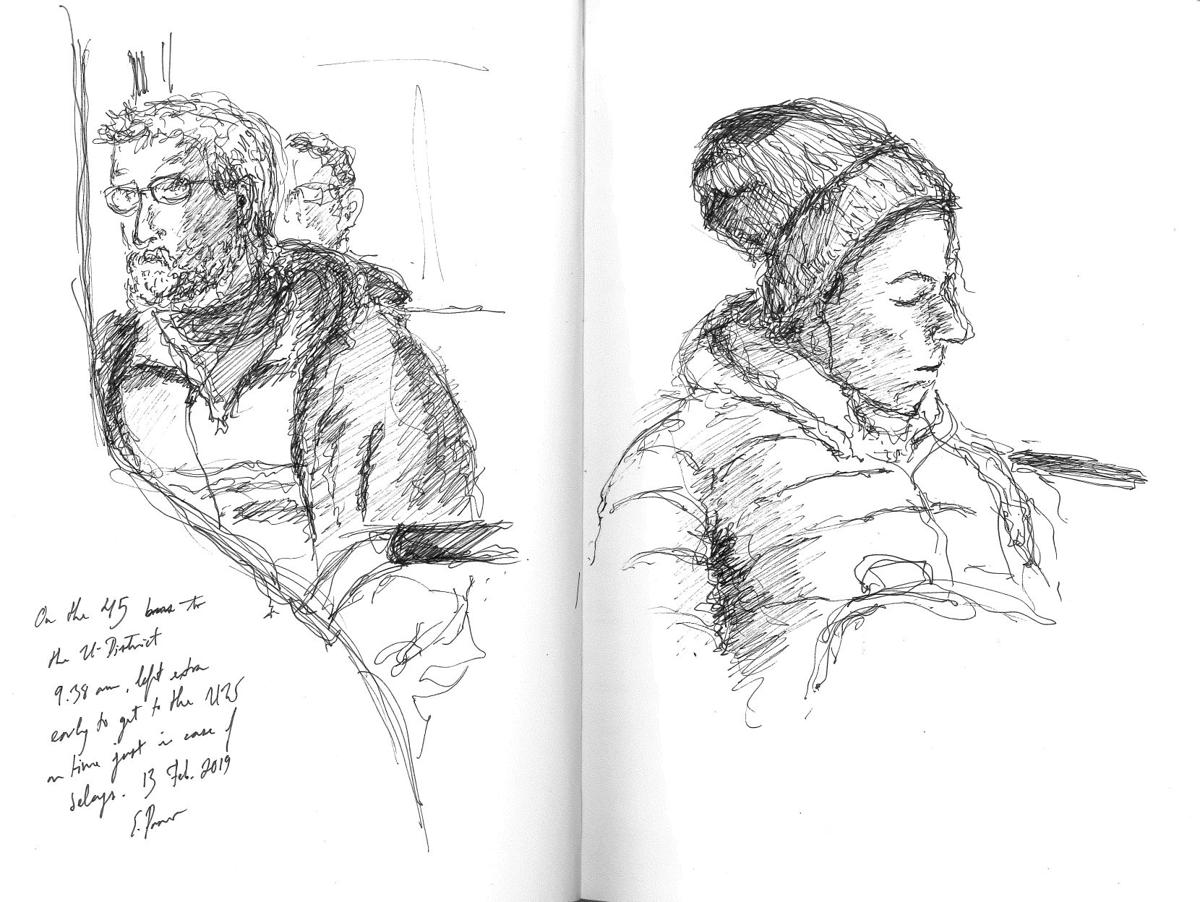 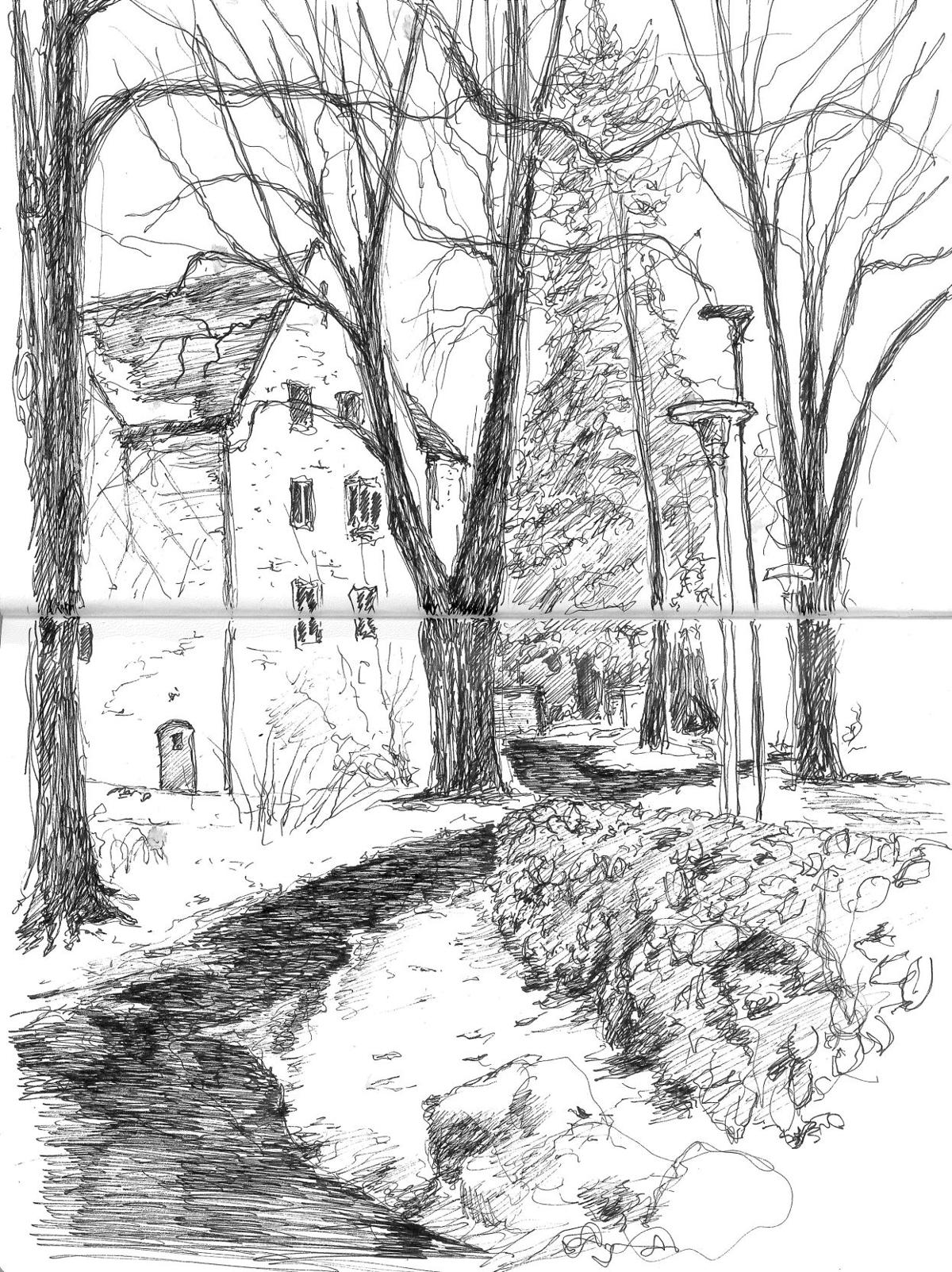 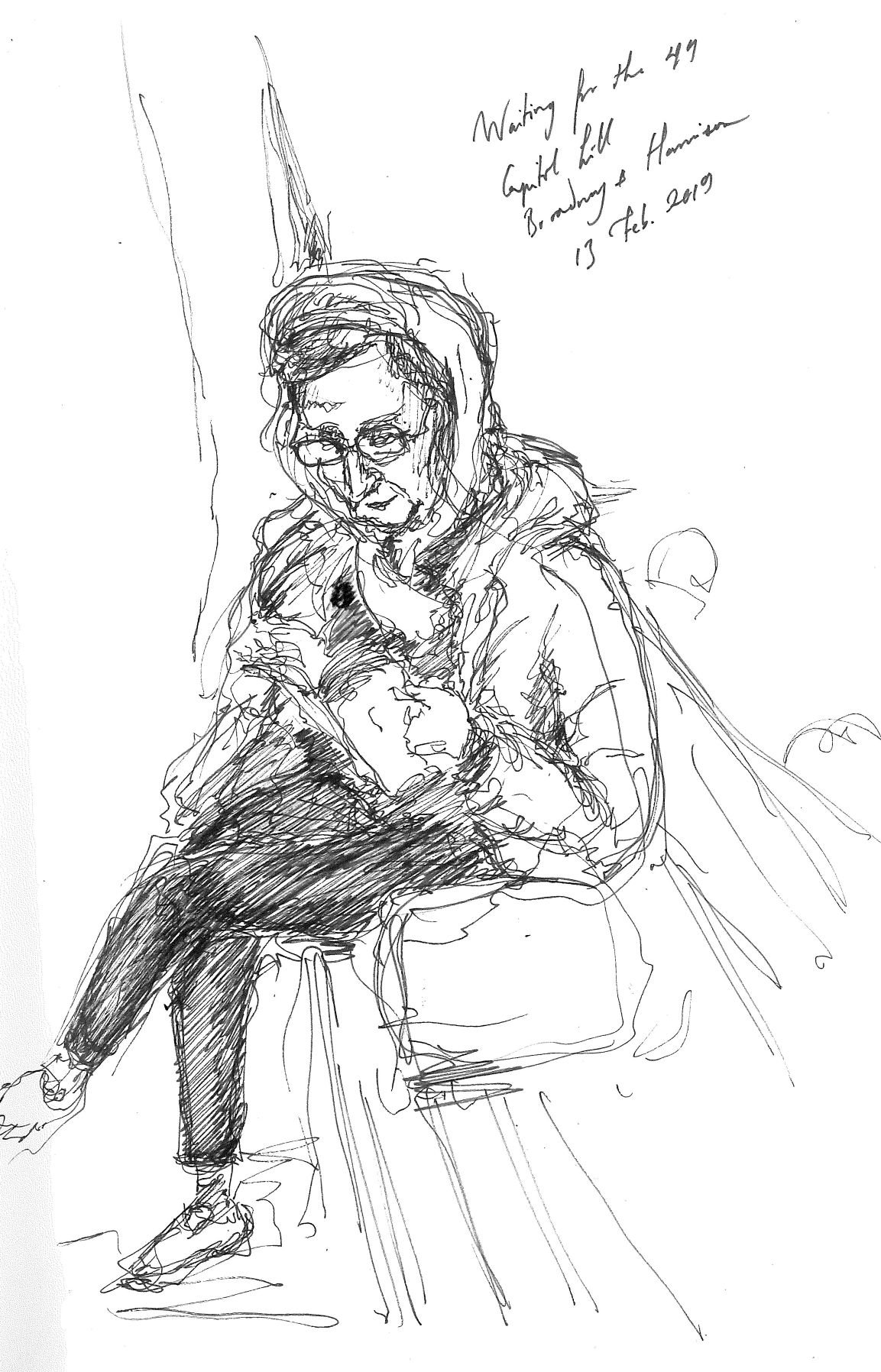 As an urban sketcher most of my subject material comes from the real world. I draw what I see in front of me and tell a story based on the people, buildings, and structures that make up my environment. However, this poses a tricky problem when the things you use as subjects are closed off from you.

Being more or less stuck inside the past couple of days has had an extreme impact on my sketching habits. My sketching has decreased significantly due to the fact that the only things I can see are directly outside my window. I haven’t ridden a bus in more than five days and haven’t set foot on campus in six. The things I have sketched are mostly doodles of things I see in my imagination. I have also begun practicing my celtic calligraphy and ornamented lettering.

All of this  said, I could have braved the snow, gone to a coffee shop nearby and sketched there. But I like being inside and warm; and trudging through snow with my sketchbooks and art materials, with the possibility of my work getting wet was something I didn’t feel like risking. I have enormous respect and admiration for those photographers and my fellow urban sketchers who ventured into the snow to document one of the biggest snowstorms Seattle has seen.

I haven’t been as productive as I had hoped this quarter, and part of it is my own fault. I have been busy with a lot of other side projects and haven’t been focusing as much on sketching at every opportunity. However, the weather during the wet Seattle winters reduces the possibility of sketching outdoors significantly (especially this winter). So I will not hesitate to put some of the blame on that.

To get back into the regular swing of things and warm up the old sketching muscles, I decided to sketch commuters waiting for and on the bus. I caught an earlier bus for my commute due to the delays and snow routes. And as a result, I got to school about an hour earlier. I tried sketching a path with trees and snow, but with the snow and ice melting it kept dripping onto my sketchbook. I had to do a few quick necessary layouts then finish the rest from memory.

In the last four weeks of the quarter I am going to sketch a lot to make up for lost sketching time and hopefully share some art that will get us all through these last few weeks before spring arrives.

Until the next sketch,