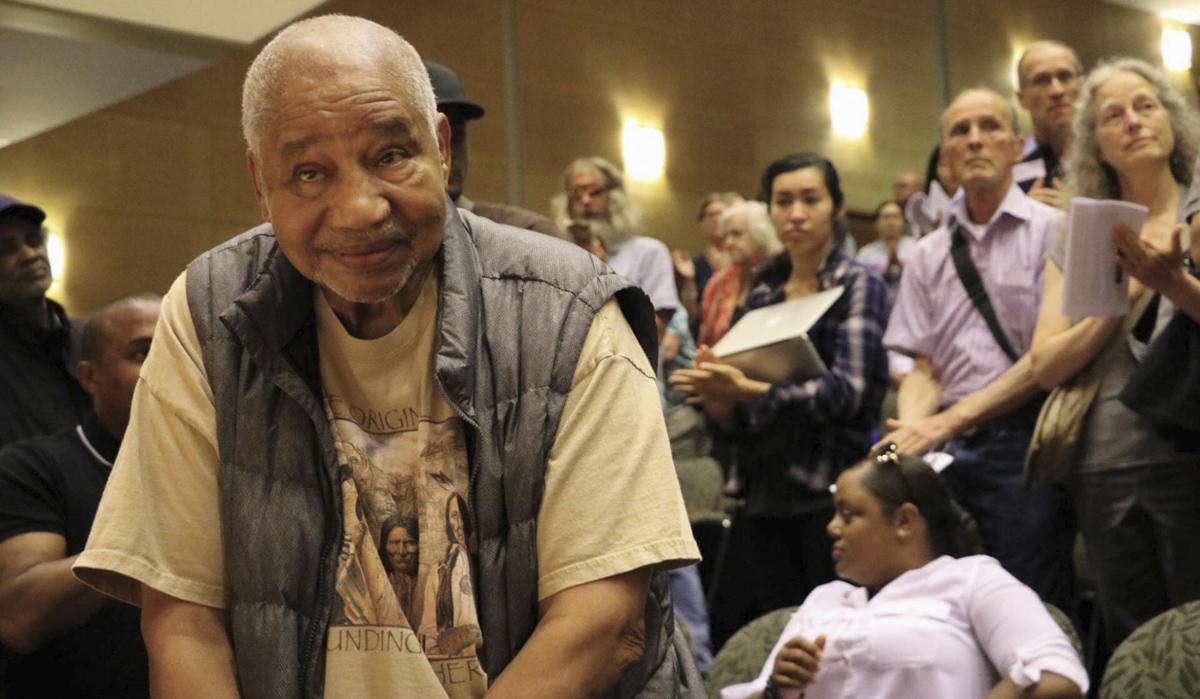 Don Alexander, Charleena Lyles' cousin, closes out the public hearing in front of Seattle City Council involving the officer-involved killing of Charleena Lyles. He says that if you want change, you need to go and knock down the doors of those in power and demand change. 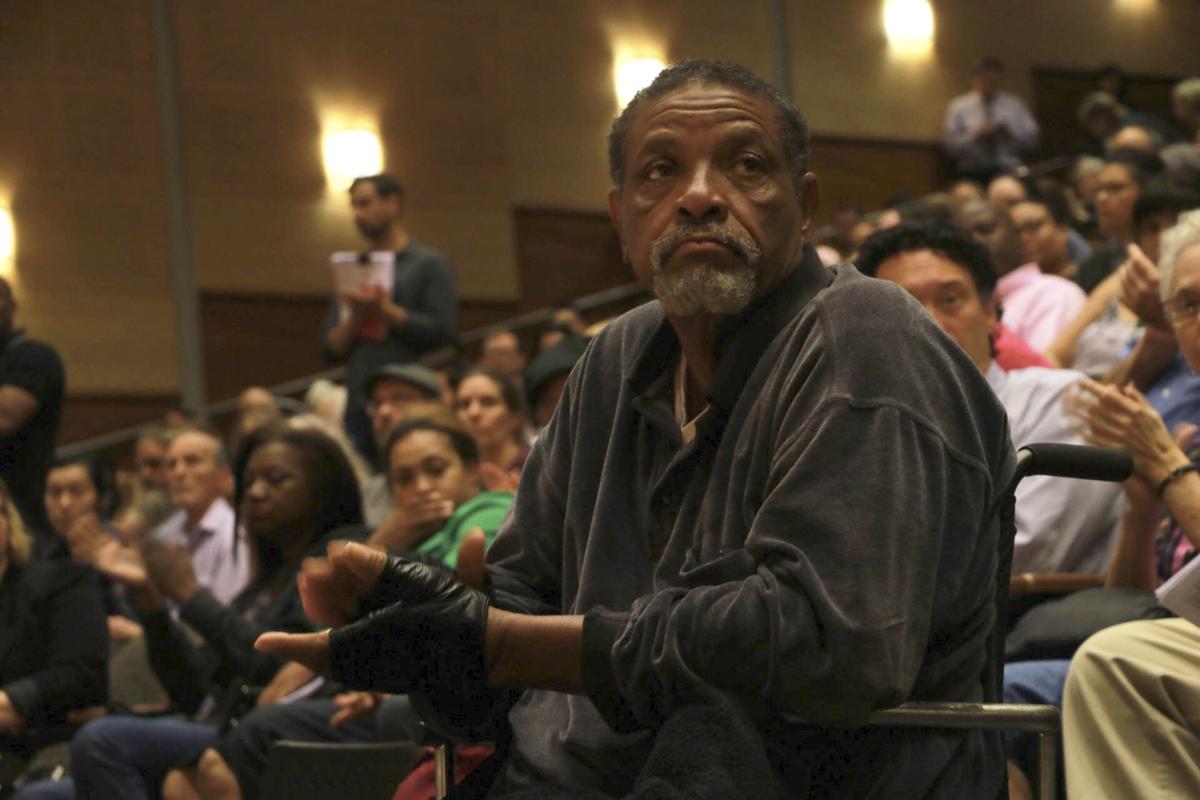 Charles Lyles, father of Charleena Lyles, is one of several of Charleena's family members to attend the public hearing regarding her death. 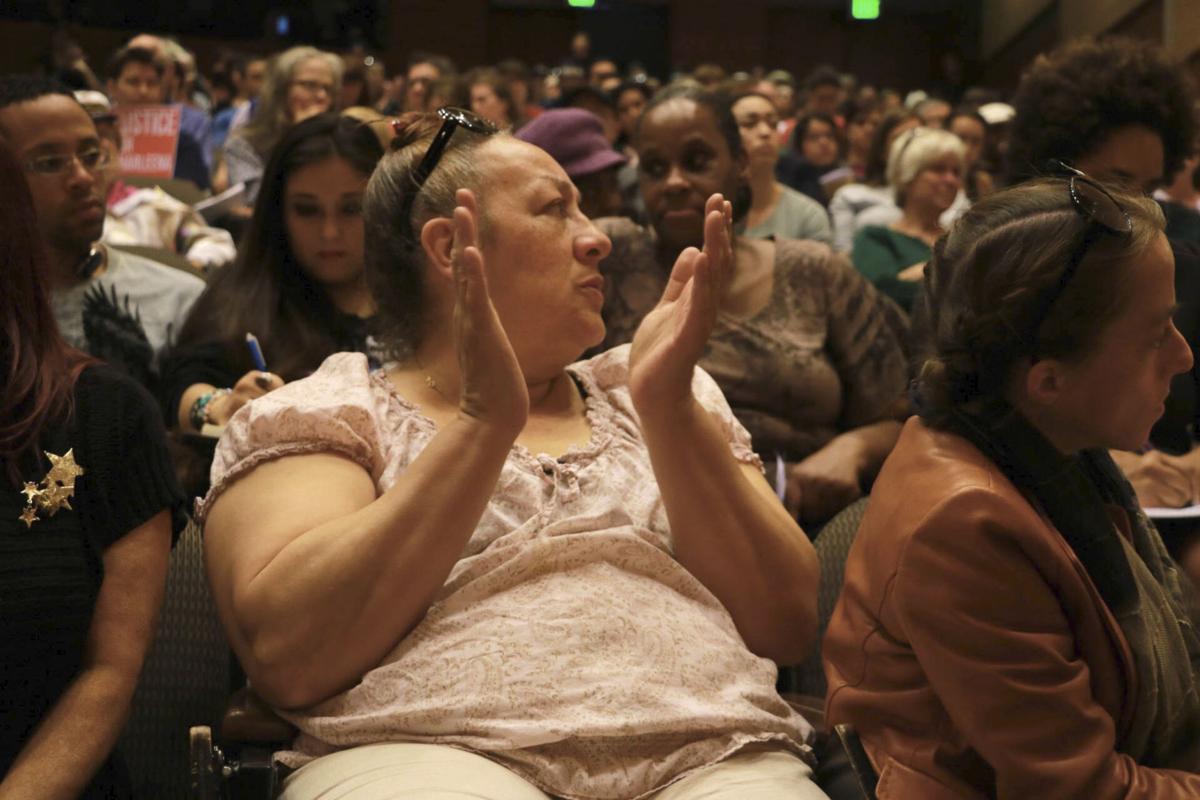 Community members gather in front of City Council to express their thoughts on the officer-involved killing of Charleena Lyles.

The chief, however, declined to participate. O’Toole’s response stated Sawant’s request via email had “a disappointing level of ignorance of SPD policies and clear disdain for the investigatory process and review that SPD is court mandated to follow.” SPD has, however, done such public hearings before. The department held a heated public discussion last year with family after Che Taylor, a black man, died at the hands of SPD. O’Toole went on to write that had Sawant “expressed any interest in our work over the past three years...we would have gladly welcomed the invitation to engage.”

Regardless of SPD’s presence, the public hearing wasn’t cancelled, but rather became a space to heal. The event was moderated by Michele Storms, the Washington state American Civil Liberties Union deputy director, who permitted Lyles’ family to speak at any time. Charles Lyles, Charleena Lyles’ father, first explained his daughter’s name is pronounced with a hard “ch-,” not a soft “sh-.” The family had repeatedly heard “Say Her Name” over the past week only to have it pronounced incorrectly.

“It feels like my heart is ripped out,” Charles Lyles said. “Now I see how it is, though. She died on Father’s Day, that’s the worst part.”

The father spoke of his anxiety attacks and depression since Charleena Lyles’ death, and how he can no longer be alone.

Charles Lyles brought up how the media blamed his daughter for her own death and denounced such conclusions. He explained Charleena Lyles was harassed by her ex-boyfriend. She even called the police and requested a protection order prior to this incident, but that went reportedly disregarded. The call she placed with SPD on June 18 was for burglary. The police who responded, however, discussed that she was too poor to have those type of belongings in the first place on their way to killing her.

“She just wanted justice, and they ended up killing her,” Charles Lyles said.

The hearing suspended the typical two-minute limit on speeches, and requested for the public to allow self-identifying women of color to speak first, then men of color, then others, but warned this meant there wouldn’t be time for everyone. As it turned out, only women of color spoke for the whole meeting.

“This one has to be the last straw that broke the camel’s back,” Jennifer Cobb said during her testimony.

She mentioned the death of Ben Keita, a Muslim teenager who was found hanging from a tree in Lake Stevens earlier this year.

Seattle community members repeatedly asked for the councilmembers to hold themselves accountable. It was requested that the officials put their phones away, twice. People asked that more be done for de-escalation training, and to remove paid administrative leave for the two officers under investigation.

One woman, Roxanne White of the Yakama Nation, moved the audience to tears.

“This nation has never served our people, both the Native Americans and African Americans,” White said. “Our lives matter as women, we are sacred, we are the backbone … until they respect us, nothing else will happen to change this community.”

An hour and a half in, a couple of black men began shouting they should be allowed to talk, before other black women. This happened more than once. They were eventually booed over by the crowd or told by Storms they had already agreed to the order when the hearing began.

Madison Mooney took the helm and explained that she saw someone painting a picture of Charleena Lyles.

“Her reality is my reality,” Mooney said.

She discussed how her legal and medical jobs require de-escalation training, which made her find the officers’ malpractice unfathomable.

A resident of the low-income housing where Charleena Lyles also resided said painting residents as homeless or under distress dismisses the rest of their lives. The woman, identified only as Sophia, hid from cameras and explained that she came from Africa, where, as a little girl, she looked out of her home to see war. The morning Charleena Lyles was killed, Sophia’s own children looked out the window to see a SWAT team, and asked if they were in a war.

Mayoral candidate Nikkita Oliver was present, but ceded her spot in line to Joy Sparks, a woman of color who sat waiting with a baby, and later to another woman of color, Shennetta Smith, who was darker skinned than Oliver.

“The officer that murdered her has been at my door before,” she said. “[Charleena] was a mother who loved her children and put one foot in front of the other every day just to get by.”

Eventually, the mayoral candidate spoke: “I don’t trust the police to investigate the police,” Oliver said.

Before she got her word in, the black men stood up to argue over being heard again, but the Lyles family put an end to it.

“If we don’t get to talk, we can talk later,” Charleena Lyles’ brother, Robert Lyles, said. He asked for those who weren’t black women to stand up. He then asked them to give those sitting down a round of applause to acknowledge that they’re not invisible.

A woman sitting down in the midst of standing bodies began crying. She clasped her hand over her mouth to prevent sobs. It struck her.

“I’ve never felt that before,” the woman, Teddi Beam-Conroy, explained later. “That acknowledgement doesn’t happen. I didn’t get to speak, but it was amazing to me that it was women’s voices because, at the end of the day, she’s me. I’m that person who worries about calling the police. It wasn’t until this incident that I really feel I can’t count on the police.”

Beam-Conroy is a senior lecturer at the UW’s College of Education’s Teacher Education Program.

The hearing ended with councilmembers’ statements, at the crowd’s demand. Councilmember Mike O’Brien felt the police chief should have been present to hear what was said. He committed to writing the federal judge overseeing the investigation to expedite his decision. Councilmembers Tim Burgess and Lorena Gonzalez agreed to do the same.

Sawant committed to staying in touch with the Lyles family and doing something with the petition for independent community oversight on the investigation.

Councilmember Lisa Herbold, however, scribbled furiously during the prior members’ statements. She went on to recite what she wrote, which simply summarized what she heard that night. Herbold was ridiculed by the audience as she did this, but stuck to her writing.

Bruce Harrell called this “an era of justifiable anger,” and committed to pushing for Councilmember Gonzalez’s racial profiling bill and for body cameras.

Sally Bagshaw said she’s never heard such passion, articulation, anger, and fear during any of the meetings she attended in the past eight years.

“I am not the same person who’s going to be leaving here from who walked in this door,” Herbold said, though she, too, made no clear commitment.

Councilmember Debora Juarez noted she’s never been to a meeting so big where she only heard from African and Native American women. She demanded accountability, transparency, and community oversight.

“Healing: that’s what we’re trying to do tonight,” Juarez said. “Those who hollered out ‘what are you going to do?’ — keep doing that.”

Gonzalez called the hearing a first step. She also committed to changing the malicious intent standard that’s required to charge police, and said the inspector general needs to be appointed.

[A full recording of the meeting can be watched here.]