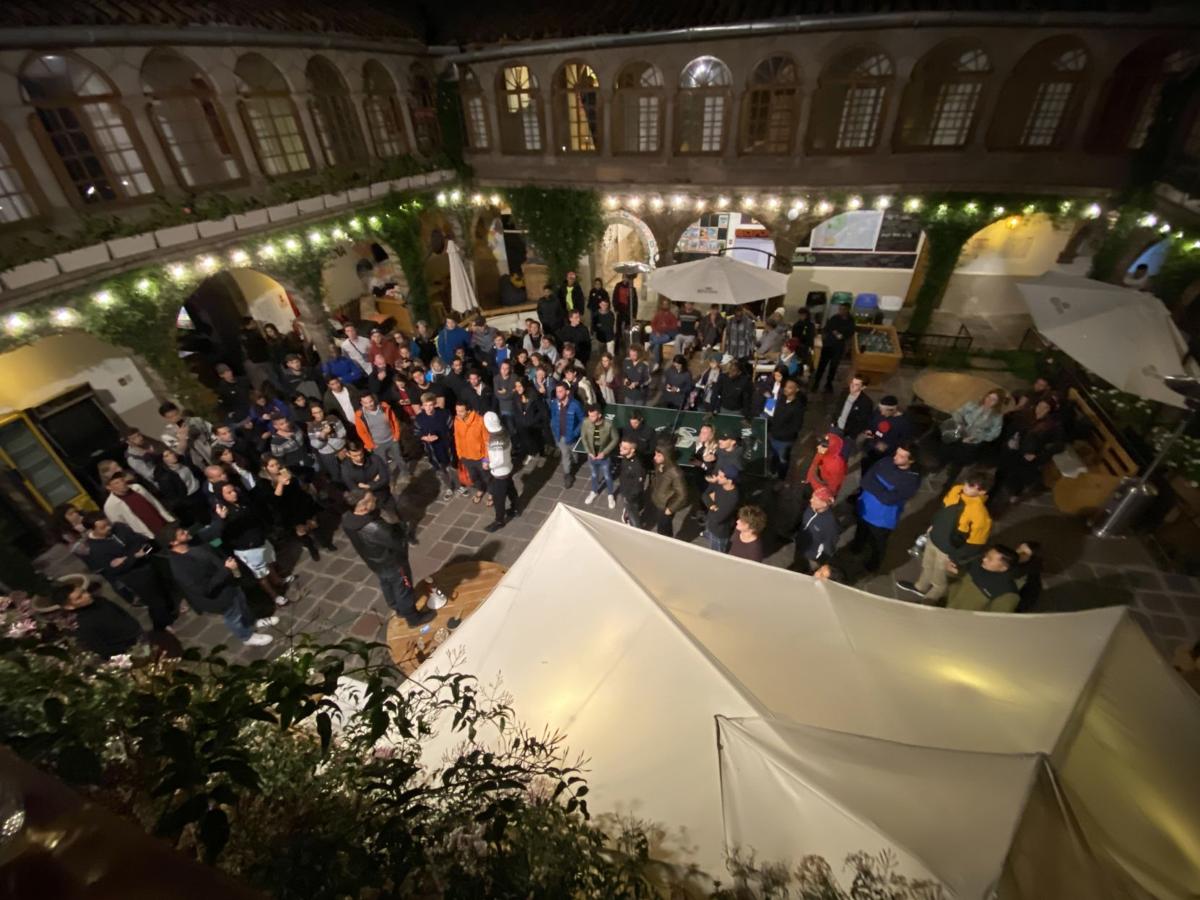 The courtyard of a hostel in Cusco, Peru, where several UW students remain stranded as the country is closed due to the novel coronavirus. 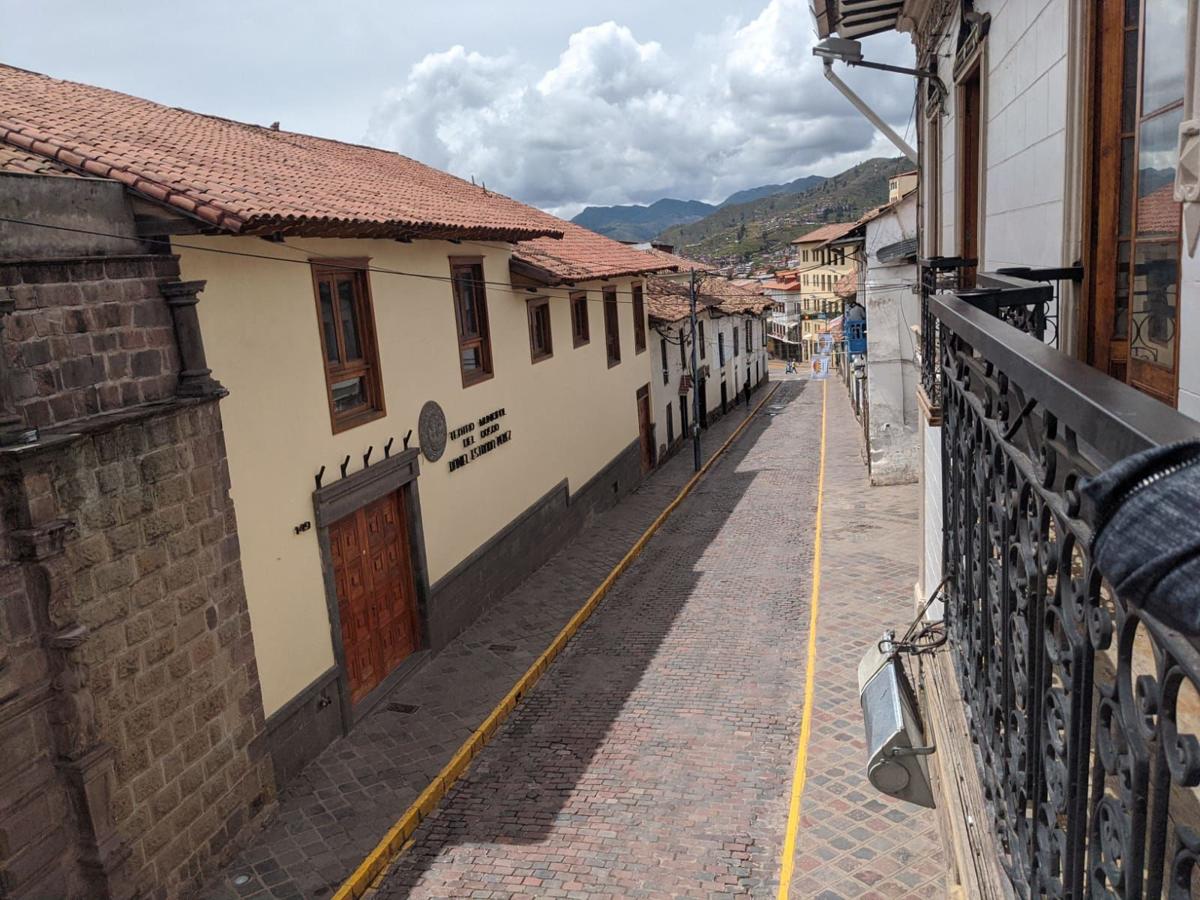 An abandoned street in Cusco, Peru, after the government declared a national emergency amid coronavirus.

This isn’t how Daniel Voznyarskiy imagined his first trip to South America.

The junior studying finance at the UW flew to Lima, Peru, on March 13 for a one-week getaway to Cusco, almost 700 miles east of the capital, after finishing his finals early. His priority was getting to see the historic Inca ruins at Machu Picchu.

But his trip was drastically altered when Peru implemented radical measures to blunt the spread of the novel coronavirus wreaking havoc around the world. As of Sunday, there were 363 COVID-19 cases in the country, according to the U.S. Embassy in Peru.

While Washington has closed all K-12 schools, shut down many businesses, and urged people to stay inside, the measures the Peruvian government has taken go a step further. On March 15, just two days after Voznyarskiy arrived, the government suspended international flights, giving foreigners just 24 hours to evacuate, and then mandated a 15-day quarantine.

Voznyarskiy scrambled to order tickets online and eventually secured one for a 7 a.m. flight the next morning. But that Sky Airlines flight was canceled, leaving the Auburn native with little hope of getting home in time.

“We began calling the airline but were on hold for hours, later to be told we were out of luck,”  Voznyarskiy said in a text message.

Meanwhile, Diana Kawczynski, a senior majoring in environmental studies, was supposed to fly home from her quarter of independent study the morning of March 17, but her plans were put in limbo by the government’s move just 36 hours before her departure.

Can I stay or must I go?: Coronavirus means tough decisions for UW’s sororities

Classes will be online all of spring quarter amid coronavirus, UW announces

A tale of coronavirus isolation in a UW dorm

“Immediately there was a rush, all flights sold out, all planes cancelled, no one could get out,” Kawczynski said in a text message. “Then [the president] announced lockdown and no one can go outside, even inside you’re not allowed social gatherings.”

She quickly made a checklist of what to do: get groceries, bottled water, withdraw cash, and find a place she could sleep for a couple weeks in Cusco. She said it was good she moved fast because, by the next night, the stores mostly only had ramen left.

The restrictions mean she can essentially no longer go to the grocery store and there’s a mandatory 8 p.m. to 5 a.m. curfew. She can see police and military patrolling the streets from her window at all hours.

While the U.S. Embassy in Peru says it flew 264 Americans from Lima to Washington D.C. on Friday and another 175 to Miami the next day, Voznyarskiy and Kawczynski remain stranded in Peru, unsure of when they’ll be able to leave.

Kawczynski says the embassy hasn’t been very helpful, providing travelers with little information on their options.

Multiple airlines created online sign-up sheets for chartered flights which were posted on the U.S. Embassy’s website. Voznyarskiy has a flight tentatively scheduled for April 2, almost two weeks later than his original return date, but as of Sunday Kawczynski hadn’t been able to make plans to return yet.

“It seems like everything is a dead end,” she said. “The worst part for me is that there is no guaranteed day I can get out of the country, and with spring quarter starting soon I’m getting super worried about getting back.”

Meanwhile, Kawczynski, who grew up in Bellingham, is still paying rent in Seattle on top of still having to pay for her food and housing in Peru. She says the UW has been receptive to her concerns after persistence from family and friends.

The UW’s Global Affairs Office wrote to stranded members of the UW community Saturday saying it was pursuing “several different avenues trying to secure assistance for [students] in Peru in case it is needed.” The email also said the office has been in contact with Washington’s congressional delegation to lobby for flight assistance.

Six university presidents, including President Ana Mari Cauce, also sent a letter to Secretary of State Mike Pompeo that day urging the federal government to organize a flight from Cusco to the United States or ensure safe travel for American students and faculty who have to trek from Cusco to Lima by road to get a flight.

“As health concerns grow and the lockdown in Peru strands our students and faculty in short-term living facilities and prevents them from leaving the country, we strongly urge you to expedite all efforts to return them safely to the US,” the letter reads.

University spokesperson Victor Balta said Sunday afternoon that there are less than 10 UW travelers in Peru who are studying abroad, conducting research, or on personal travel and the university has been in contact with all of them to offer “support and resources.”

‘No reason for me to stay’: What coronavirus-induced online classes means for student housing

Vice provost of global affairs Jeff Riedinger told Kawczynski in an email, “We are doing our best to assist in your safe return home.” He added that she should get food and water to ideally last two weeks “in case of acute shortages.”

At this point, the students are biding their time as they wait for their chance to come back. Kawczynski has been working on her Spanish, reading the news, and watching Netflix (“Narcos” and “The Bachelor”) while Voznyarskiy has been hanging out with his roommates, one of whom is a UW Ph.D. student, playing foosball and ping pong. His hostel is having a two-day lockdown so everyone can get tested for the virus.

“I find it boring, I would do anything to get back to the States,” he said. “Unfortunately, we just have to rely on our government at the moment.”

So far, Ashley Cullen has been able to pay for rent using the money from her tax return. How she’ll be able to afford rent in the coming month…

By that time we know

- people are infectious during incubating period,