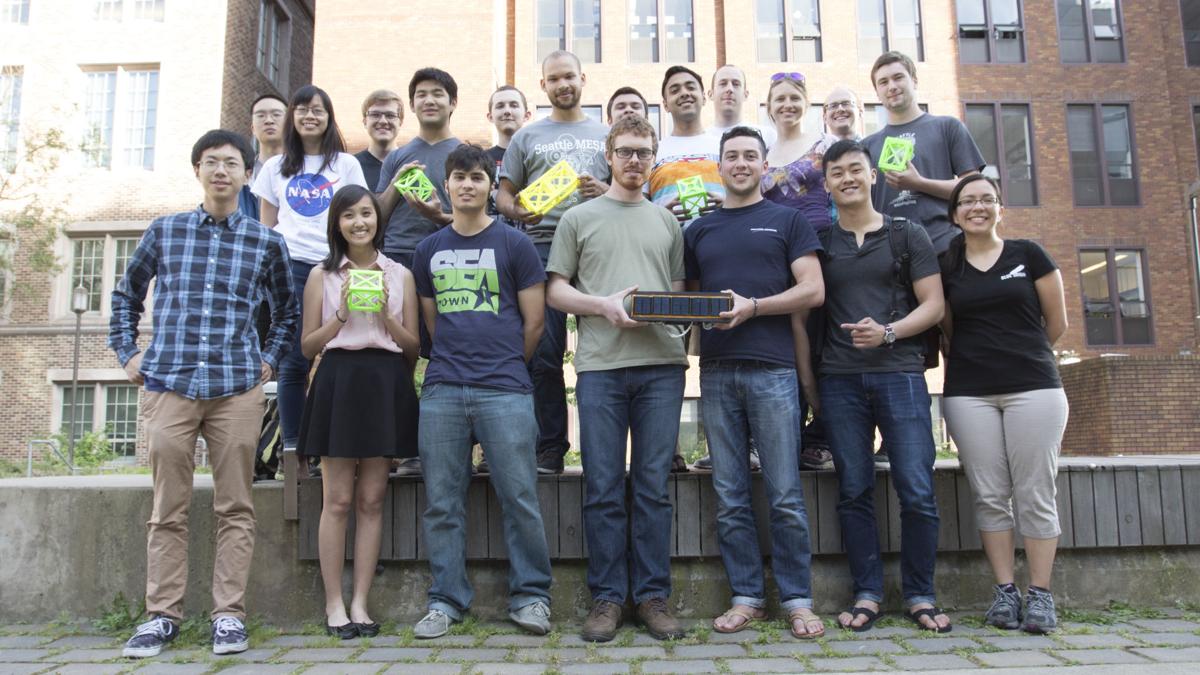 The CubeSat team and various components of their future satellite. 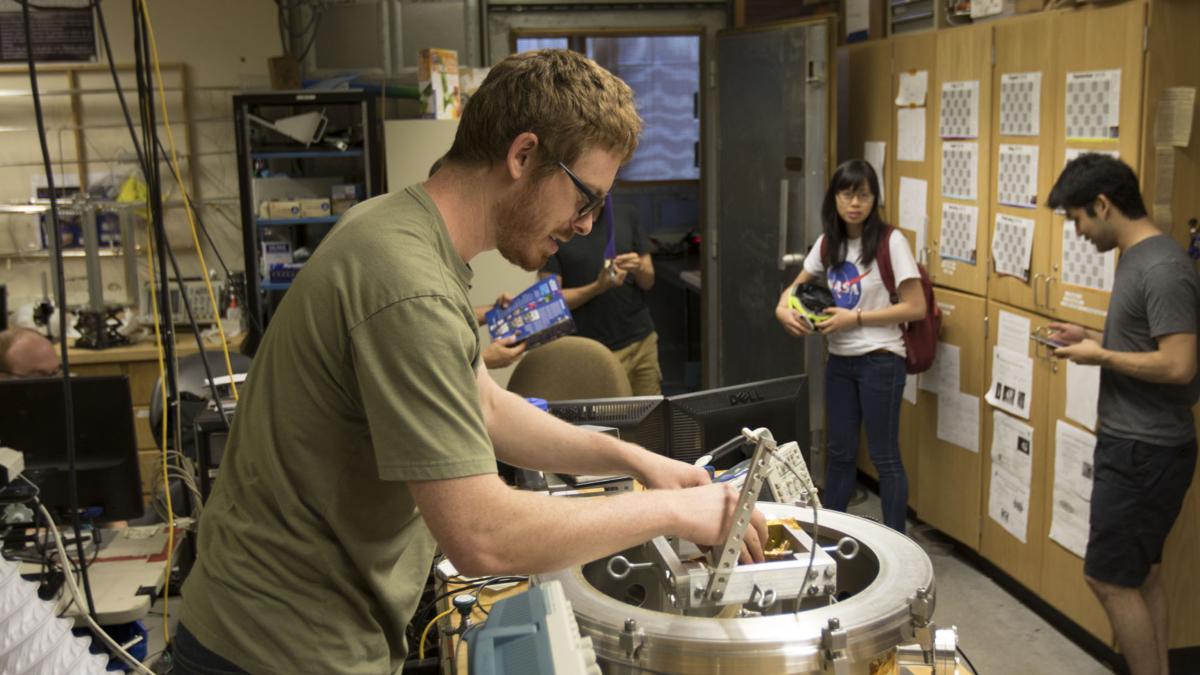 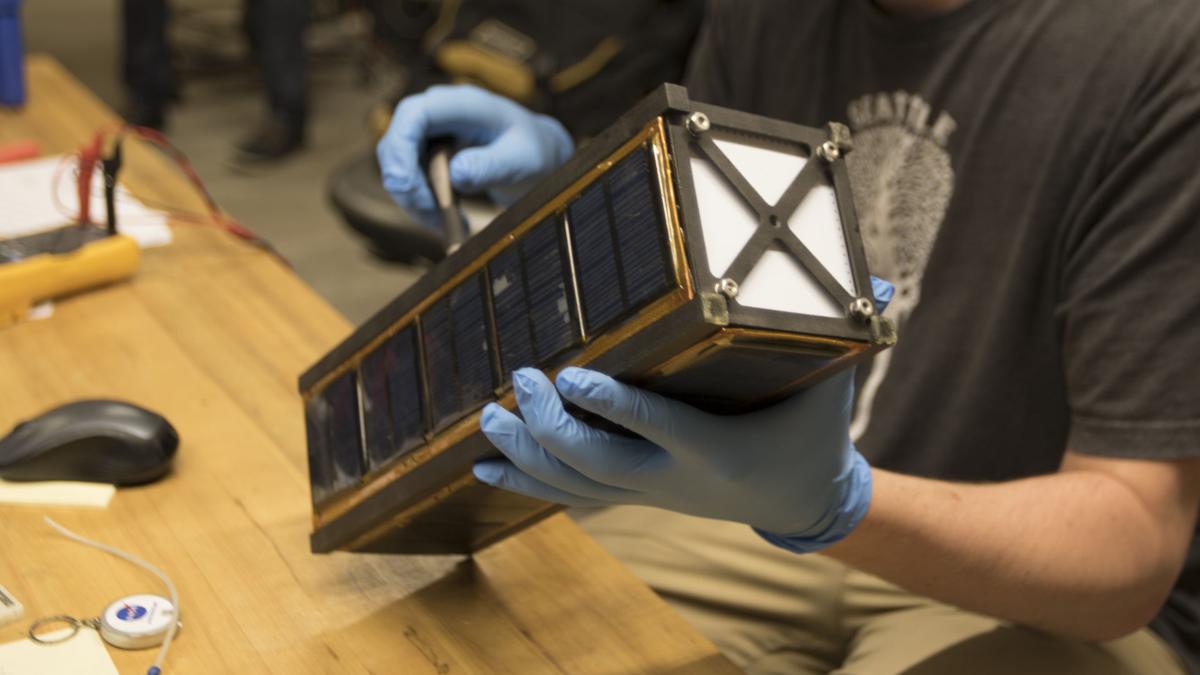 The CubeSat team and various components of their future satellite.

In a little more than a year and a half, a small piece of the UW will be orbiting the planet at more than 7 kilometers per second.

Next year, the UW’s first satellite will be in orbit, after being launched by the Cube Satellite (CubeSat) Team, a club born out of an Earth and Space Sciences (ESS) special topics class taught by the club’s now-adviser, Robert Winglee.

Because managing a team whose roster changed quarterly became difficult, the most dedicated engineers reorganized the program into a registered student organization, founded with the intention of launching the UW’s first satellite.

At this time last year, the CubeSat team, still functioning as an extension of the ESS special topics class, was preparing for a NASA-sponsored competition to be sent to lunar orbit. Unfortunately, a small change in the technical requirements for the lunar competition derailed the club’s participation in that program.

They will still have the opportunity to see their satellite in space, although not in lunar orbit. Their satellite will instead be sent to low-Earth orbit in mid- to late-2017, when their satellite piggybacks onto a larger launch conducted by United Alliance Launch, a Boeing-Lockheed Martin joint venture that provides private space launches.

Even a piggyback ride can be expensive: A launch like this can cost more than $20,000. Luckily, the CubeSat Team is one of 15 recipients nationwide of NASA’s Undergraduate Student Instrument Project, a competitive grant that will pay for both the launch and development of the satellite.

The satellite will serve dual purposes. It will be a proving ground for two new UW-developed technologies, as well as functioning as a “launchpad,” club vice president Chayse Aubuchon said, for future ESS-led launches. Launches could conceivably happen every two to three years as the program advances, subject to design and financial constraints.

“It’s difficult to get money faster than that,” club president Hunter Mellema said.

The first of the novel systems is a pulsed plasma thruster (PPT), an engine that provides thrust by passing an arc of electricity through a fuel source, usually Teflon. Normally, PPTs are used on much larger spacecraft for attitude control, making minute adjustments to the satellite’s orientation, and for staying in a particular orbit, known as “station-keeping,” but the CubeSat Team hopes to show they are a viable means of primary thrust for smaller satellites.

Additionally, the team has replaced Teflon with sulfur as the thruster’s fuel, an innovation that will lower the final cost of the thruster. The PPT itself will prove its merit by increasing the satellite’s speed by about 100 meters per second, to raise its orbit by roughly 10 kilometers.

The second UW-developed system that will be aboard the team’s satellite is a K band radio, the development of which is led by physics doctoral student Paul Sturmer.

“Let’s say we had a camera on the CubeSat; getting that information to the ground is really difficult right now,” Sturmer said. “What I’m working on right now is porting existing technologies that big satellites use into a small form factor, and then making it cost-effective and accessible to other students and other universities.”

Similar technology, which is still not nearly small enough, was quoted at costing more than $130,000. This does not include the price of the antenna, an additional $107,000, or the technology on the ground required to communicate with the satellite in orbit.

“You can assemble one of these boards for about $1,000 to $3,000,” Sturmer said. “But the hope is I’ll be able to release everything under open-source licensing and other universities will be able to carry on what I’ve been working on.”

All told, the team currently comprises roughly 30 undergraduates and a handful of graduate students, and brings together practically every form of engineering available on campus.

“Because it’s such an integrated system, you need so many types of engineers,” said team member Huong Vo, a junior in physics and electrical engineering. “To see everyone’s viewpoints in how they approach different parts from different angles has been really cool.”