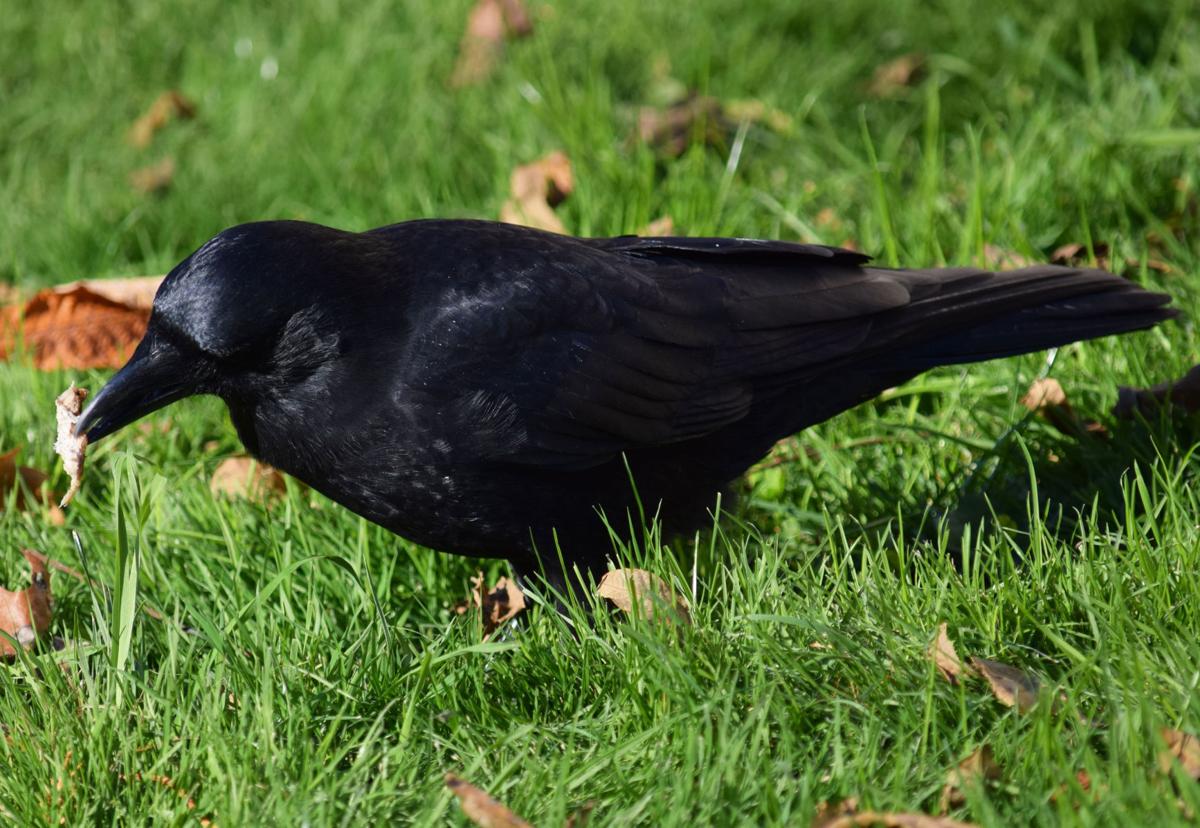 A crow scavenges for food in the grass. 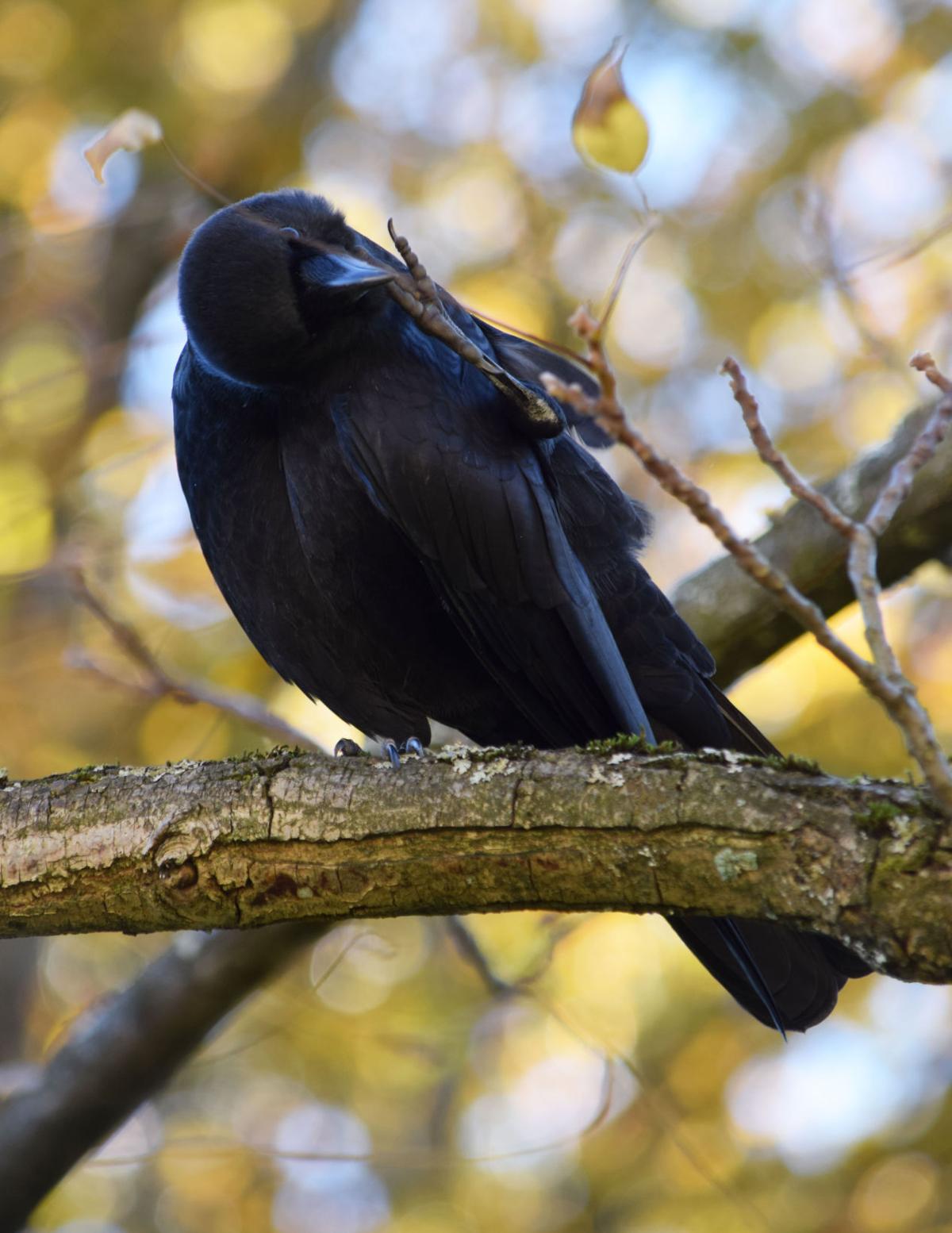 A crow in a tree picks at its talons.

Are the crows, which are most clearly seen begging for food scraps on campus, starting to enter the Stone Age of evolutionary history?

Well, no, not exactly.

New Caledonian crows, who are responsible for basically every example of tool use in crows thus far. The definition for “Stone Age” used here, refers specifically to human history, is the ability to create tools without a recipe and pass that knowledge down culturally.

“When we say ‘crows use tools,’ it’s important to remember that what we mean by that is one species of crow makes tools,” corvid scientist and lecturer at the UW Dr. Kaeli Swift said. “Possibly a second, though we’ve never seen it in the wild. I just think that’s important to point out so that people don’t think the crows that they’re encountering on campus are like, making tools on the sly, and they’re just missing it.”

Swift maintains that based on this definition of “Stone Age,” New Caledonian crows might already be there, though there’s not yet evidence of the knowledge being passed down culturally. They do seem to pass vocal behavior down culturally, though. American crows don’t actually exhibit that behavior, though they do tend to be better at prospection than their counterparts.

This evidence provides important details of how life evolves and progresses.

“Until Jane Goodall revealed this with the chimps, we really thought tool-making was unique to humans,” Swift said. “It was one of the things we cast up as sort of ‘the thing that makes us special.’ And we were like ‘OK, some primates can do it, but that makes sense, right? They’re very closely related, we’ll give them a pass on that. And then we discovered that some birds could do it, that really surprised us because, evolutionarily, birds are quite far away from us.”

As it turns out, birds actually have a part of their brain that essentially equates to the section of our brain responsible for executive function, which explains the “difficult thinking” that they’re capable of.

New Caledonian crows have even demonstrated being able to evaluate new materials and select the one they need for a task, rivaling the ability of a 5- to 7-year-old child, as well as the ability to infer the weight of an object based on how it moves in the wind.

However, not all tasks are made equal, and crows tend to fail the mirror test, which evaluates self-recognition often used to evaluate animal intelligence.

“There are some cognitive tasks that they’re better at than chimps, some other kinds of tasks that they’re worse at,” Swift said. “You take a fish and put it in a tree, it’d fail and you’d be like ‘The fish is so dumb!’ and the fish would be like, ‘Well, I don’t know how to climb a tree, I live in the ocean!’”

As far as Swift is concerned, when looking at a broad scale of evolution, we should see crows as a kind of flying primate, but when it comes down to it, animals are going to be good at tasks that are relevant to them and not perform well at others.

For example, the reason that New Caledonian crows are so adept at toolmaking when other species of crows aren’t is because the island they live on has no woodpeckers, so there’s an exploitable food niche of bugs under wood that the crows can’t get at with their beaks, or they’d suffer traumatic brain injury, so they learned to adapt and make tools instead.

Crows are certainly quite intelligent, though their reputation in America is largely negative. Do they really deserve the way they’re seen in the public eye? Swift asserts that all organisms have cultural and ecological roles, and they should all be appreciated for their nuance and significance.

“Now, could they put them all together, and have this society where they’re making hammers out of leaves, you know, that’s maybe a little too far out of their depth,” Swift said. “But I certainly think that their ability to use tools and express insight is something that we should really appreciate for its uniqueness in the animal world, and for its mere parallels to our own intelligence.”