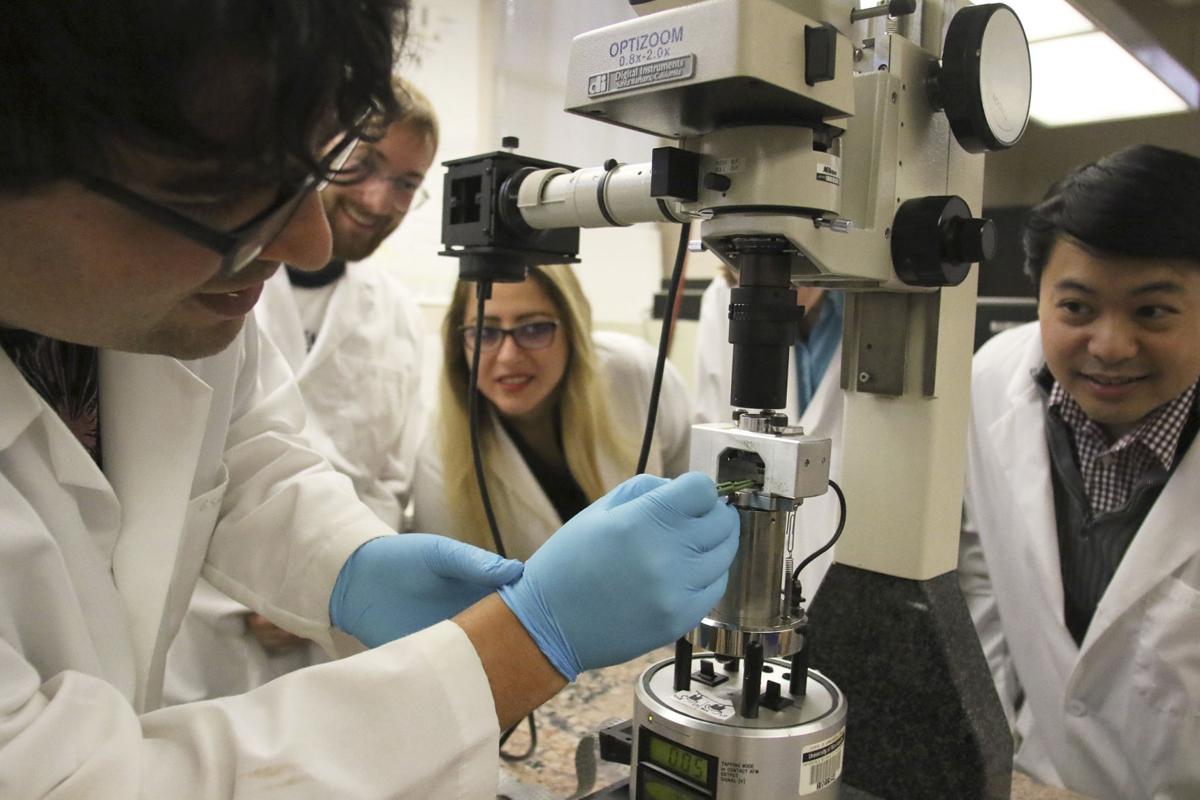 Mehmet Sarikaya, professor of Materials Science and Engineering, and his team that genetically engineered peptides could be applied to dental implants and help detect early stages of pancreatic cancer. 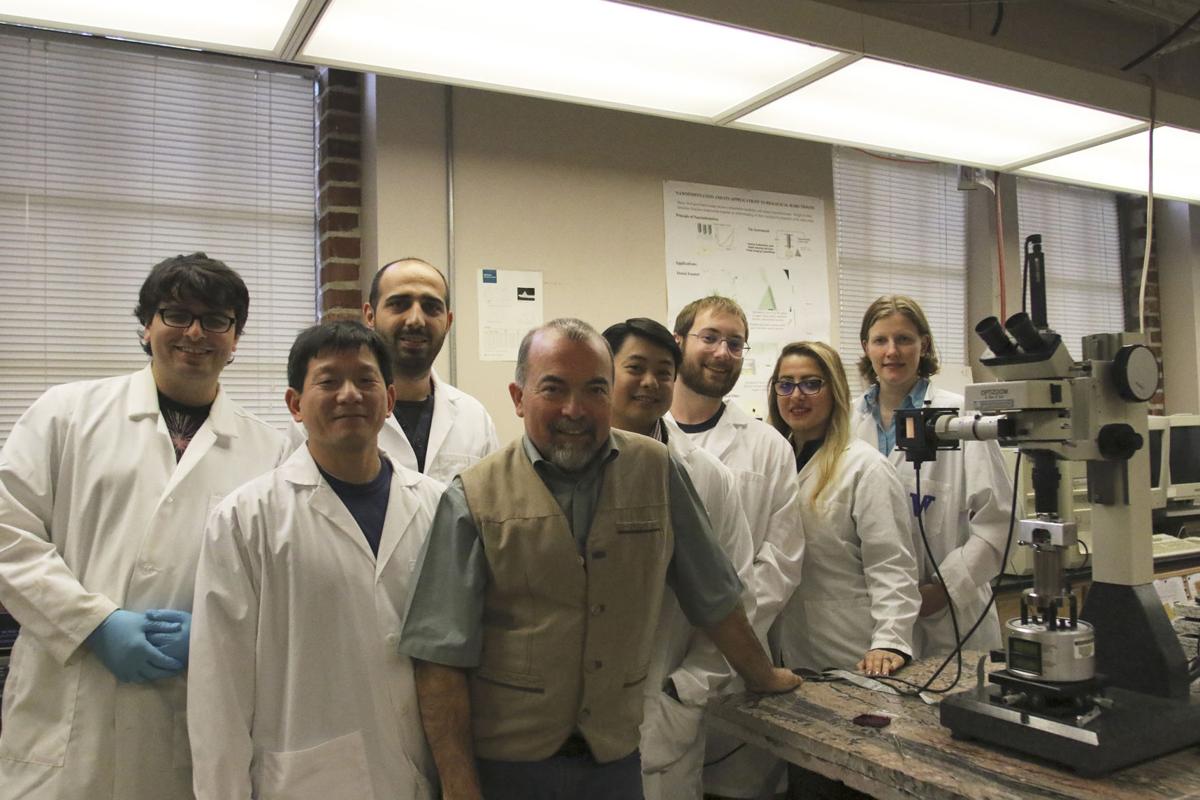 Sarikaya and his team are investigating how to interface biology with nanotechnology.

Mehmet Sarikaya, professor of Materials Science and Engineering, and his team that genetically engineered peptides could be applied to dental implants and help detect early stages of pancreatic cancer.

Sarikaya and his team are investigating how to interface biology with nanotechnology.

At least 30,000 genes make up every cell in our bodies, doing everything from repairing damaged tissue to fending off disease. While biology and technology have long existed as two poles on the science spectrum, a team of UW engineers are working on new ways of linking our biochemical makeup with our technological devices.

In a paper published last month in Scientific Reports, UW engineers demonstrated new methods of using proteins to bond with metals and to the calcium compounds that make up our teeth.

Led by UW professor Mehmet Sarikaya of the department of materials science and engineering, the team showed how a genetically engineered peptide, or small protein, can assemble into nanowires on top of solid, two dimensional surfaces that are just a single layer of atoms thick.

“As material scientists and engineers, we said, ‘Instead of using large proteins, which are very difficult to handle, why don’t we use small proteins?’” Sarikaya said. “We could use these peptides as molecular building blocks just like biology is using peptides and proteins as building blocks.”

These nanowire assemblies allow peptides to relay information across nano-interfaces through a process known as molecular recognition, which guides biochemical interactions such as the binding of certain proteins to DNA.

“There is a specific sequence the amino acids actually conform the peptides into three-dimensional molecules,” Sarikaya said. “Any given protein interacts with another specific protein or a DNA strand, nothing else.”

While studying the properties of 80 genetically selected, synthetic peptides, the team found that one particular protein, GrBP5, displayed promising interactions with the semimetal graphene.

The team’s experiments revealed that GrBP5 spontaneously organized into ordered nanowire patterns when placed atop graphene. After several mutations, GrBP5 also altered the electrical conductivity of a graphene-based device, the first step in transmission of electrical information from graphene to cells through peptides.

According to Sarikaya, these peptides could have great technological and medical applications as effective semiconductors with gold and silica, two minerals common in dental implants. These peptides could also form the chemical basis for organic, less toxic toothpastes, gels, and teeth whitening agents.

Sarikaya’s team modified GrBP5 to produce similar results on a semiconductor material, molybdenum disulfide, by converting a chemical signal to an optical signal. They also computationally predicted how different arrangements of GrBP5 nanowires would affect the electrical conduction or optical signal of each material, showing additional potential within GrBP5’s physical properties.

“[Peptides] are like a kangaroo, jumping on the surface,” Sarikaya said. “So we can control how the peptide behaves on the surface of a crystal, whether it walks, jumps, or forms an organized pattern or disorganized pattern, which manifests itself in changing the bioelectrical characteristics of a device.”

The team further produced similar results by modifying GrBP5 with another semiconductor material, molybdenum disulfide, showing that different arrangements of GrBP5 nanowires would regulate the electrical conduction or optical signal of each material, which could mean additional potential within GrBP5’s physical properties.

Going forward, Sarikaya’s team will be further exploring the basic properties of this bridge and its modifications to permit the flow of biochemical information from electronic devices to biological systems.

Sarikaya will also be working with Amazon through UW CoMotion to cross that biology and nanotechnology divide for nanosensors to detect early stages of pancreatic cancer.

“In the future, we should be able to genetically engineer device characteristics,” Sarika said. “In 20 to 30 years, all devices will act as both technological and biological components, that’s our hope.”