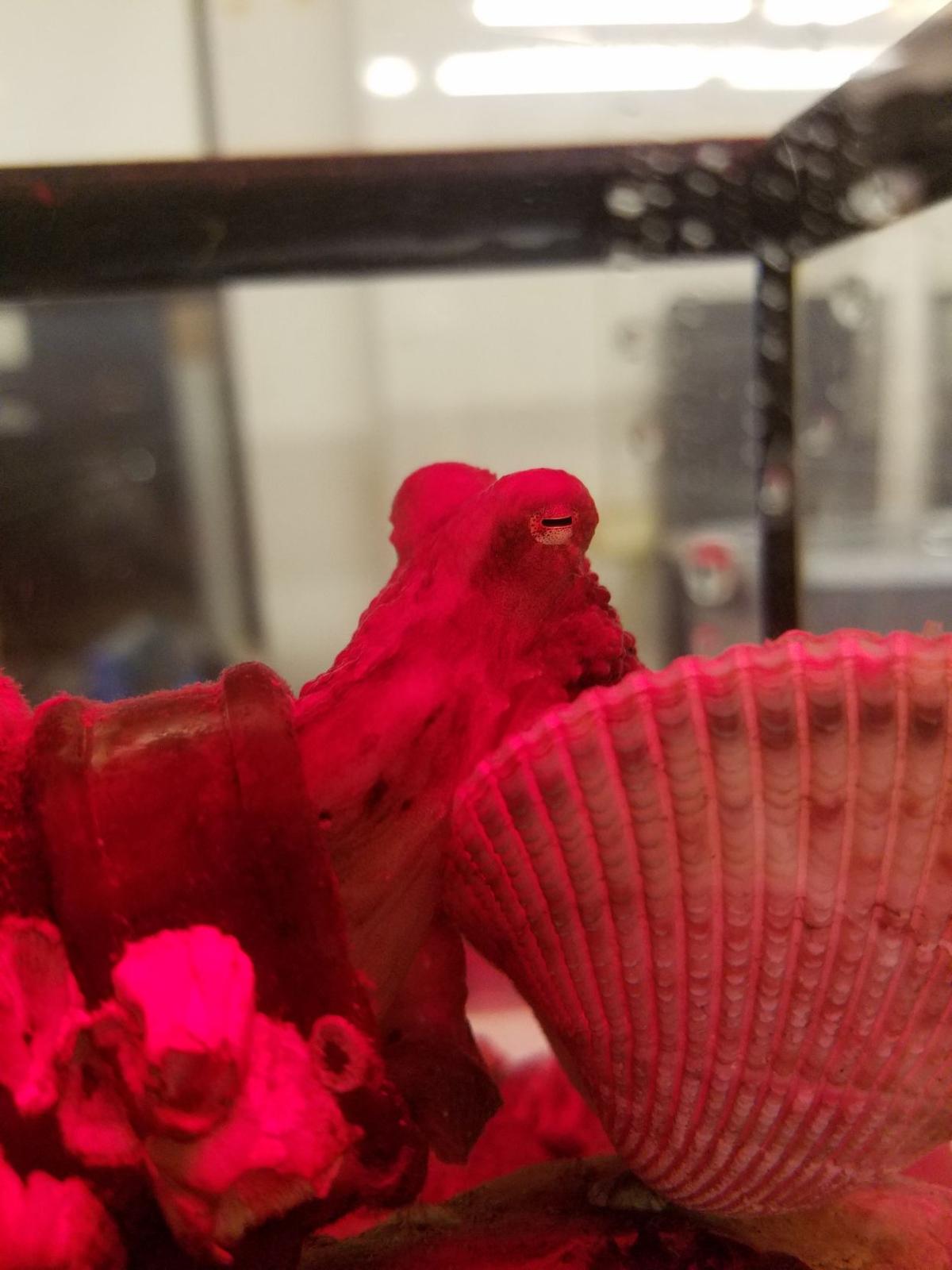 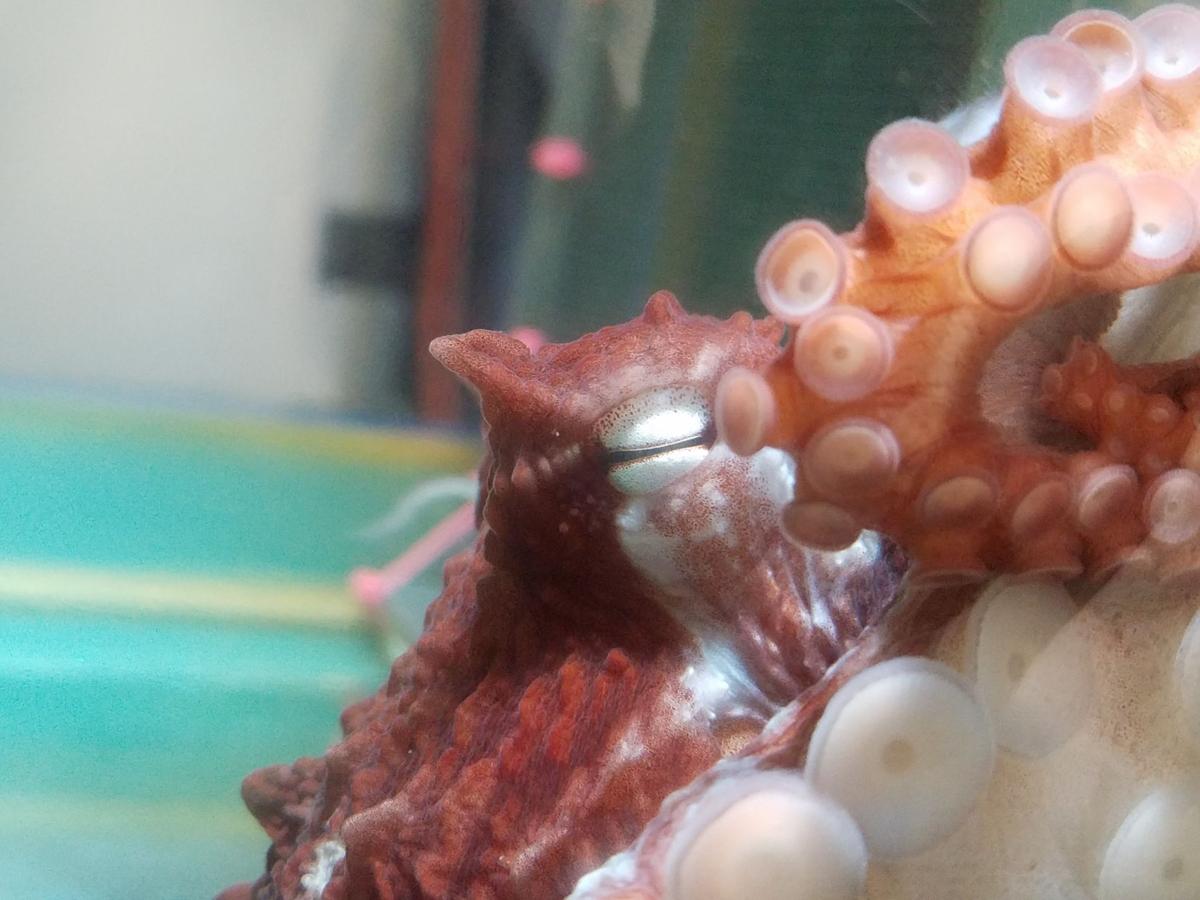 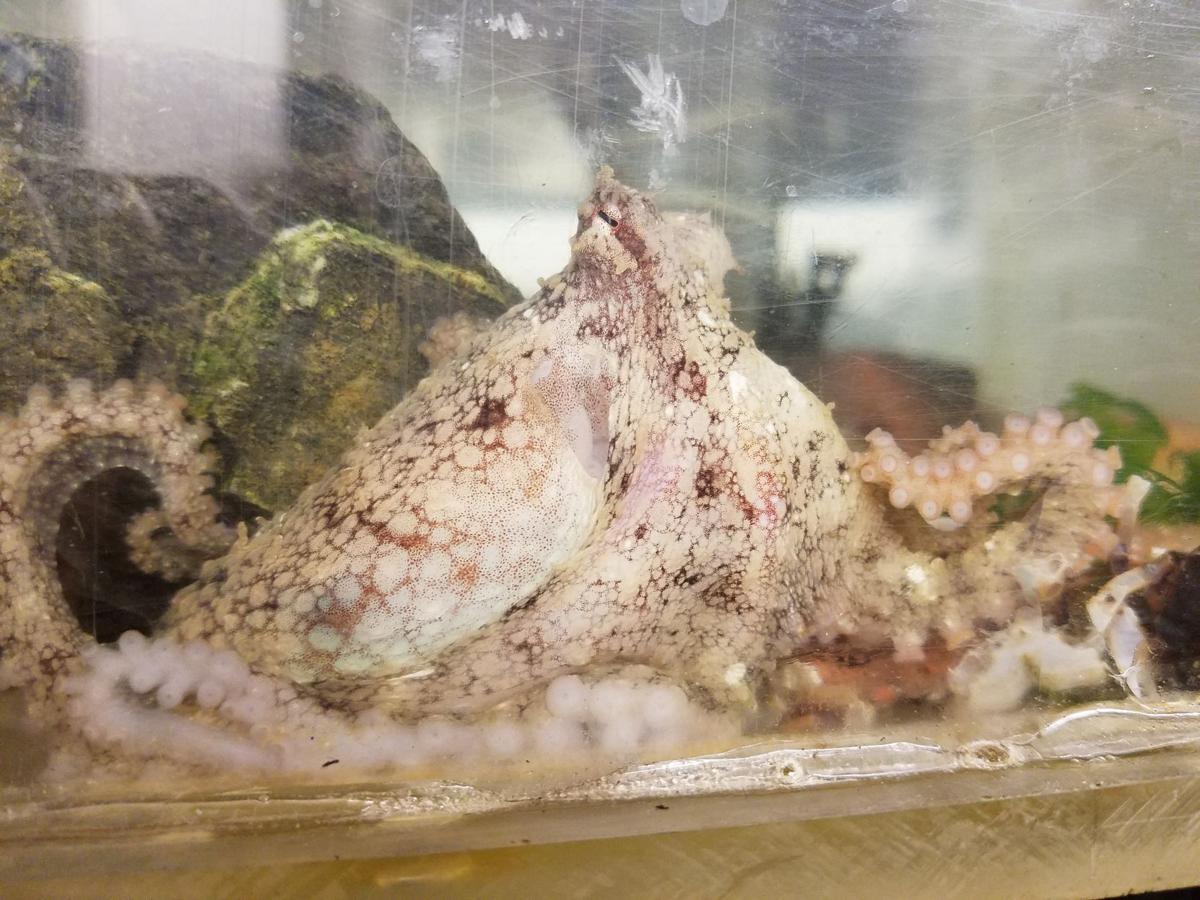 Humanity has long looked to the stars in search of intelligent life different from our own, but over the past several years, a team of UW researchers has turned their focus seaward toward a more earthly being: the octopus.

The way an octopus gathers, processes, and responds to information from the world around them is a function of a nervous system structure that evolved much differently than the structure found in humans, Dominic Sivitilli, a behavioral neuroscience and astrobiology Ph.D. student and researcher with principal investigator David Gire, explained.

While humans process the environment around them using their centrally located brain, octopuses understand the world around them mostly through their arms and suckers.

Those arms and suckers are loaded with about two-thirds of the animal’s total neurons, resulting in an expansive neural network that allows arms, and even suckers, to operate independently from one another and from the central brain.

For researchers, the question emerges: How do the arms coordinate information or not get entangled responding to different stimuli?

One of the experiments the team is working on right now involves training octopuses to stick individual arms into a sort of puzzle box where they can then track what individual suckers are doing while the arm navigates the puzzle task, Sivitilli explained.

The team hopes that isolating and tracking one arm at a time will give insight into how octopuses integrate information gathered from the arms and suckers and when information triggers the involvement of the central brain.

This research, Sivitilli said, also contextualizes the search for alternative models of intelligence, whether that intelligence be artificial, biological, or even extraterrestrial. The octopus is just one animal that gives us “a perspective on the diversity of forms that minds take in the universe,” Sivitilli said.

When we do come across alternative forms of cognition or forms of intelligence, the question we should be asking is not “‘How intelligent is this thing?’, rather, ‘How is this thing intelligent?’” Sivitiili said.

Sivitilli first became interested in studying octopus cognition while taking the Marine Invertebrate Zoology course offered at Friday Harbor Labs (FHL) — where he and his team of scientific divers conducted research during the summer.

“Of the echinoderms, all the different mollusks, cnidarians, and the various forms of worms we studied in that class, there really was this one animal that I felt was studying me as much as I felt like I was studying it,” Sivitilli said.

Throughout the fall, winter, and spring quarters, the research team works out of the basement of Guthrie Hall. Joey Ullmann, an undergraduate member of the research team, explained that there are many challenges associated with capturing, transporting, acclimating, and maintaining the health of octopuses in a basement while located far from saltwater are numerous.

It’s an all-out team effort to capture and transport octopus, and the lab is currently working long hours to keep 11 octopuses healthy and enriched in the Guthrie Hall basement. Keeping the octopuses happy and acclimated once they are safely in Guthrie Hall, though, presents a different suite of challenges that the team does not have to address at FHL.

“We have to make our ocean here in the lab,” Ullman said. “Everything comes from the sink and everything goes to sink. We use tap water and then treat it.”

And to get an octopus acclimated to the treated water, the team has to constantly make sure water temperatures and salinity levels are appropriate. This makes the researchers’ hours of operation another challenge, as they often have to work through the night.

At FHL on San Juan Island on the other hand, all of the water used comes straight from the ocean. Transport isn’t as much of a concern either, because the octopuses are caught nearby. The advantages of working at a place like FHL, a world-renowned research facility, are critical for the team, explained Ullmann.

“We are able to derive a lot more data from experiments out at FHL because a lot more of our time can be dedicated to training animals and doing experimental trials as opposed to doing water changes, cleaning filtration media, or cleaning the tank, you know, constantly working in a closed loop system,” Ullman said. “We’re not spread as thin in the open-loop system FHL provides, so we can sort of funnel our time into being more productive.”

Editor's note: This article has been updated to correct an earlier quote where the researcher misspoke about octopuses nervous system evolving separately.