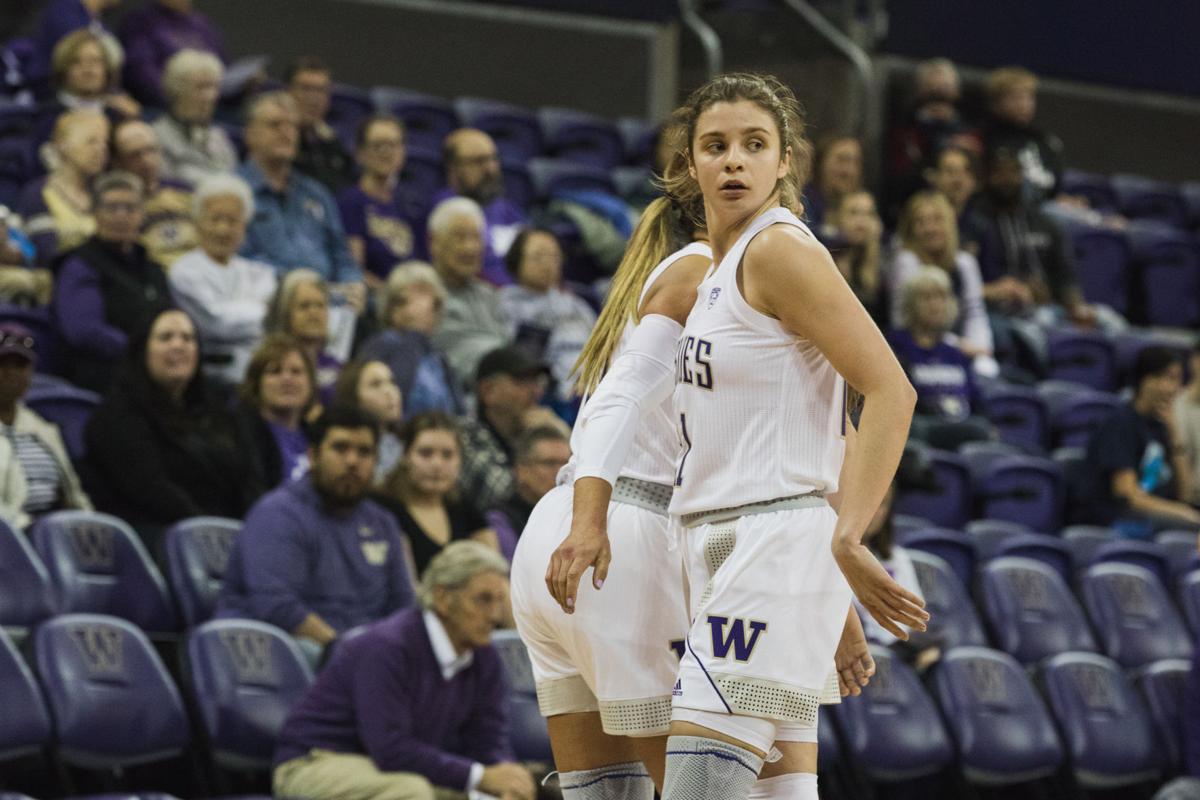 Junior Rita Pleskevich checks out of the game during Washington's 80-49 win against CSU Bakersfield at Alaska Airlines Arena on Nov. 8 2019. After just one season with the Huskies, in which Pleskevich made 20 starts after transferring from junior college, she will transfer to Florida Atlantic University. 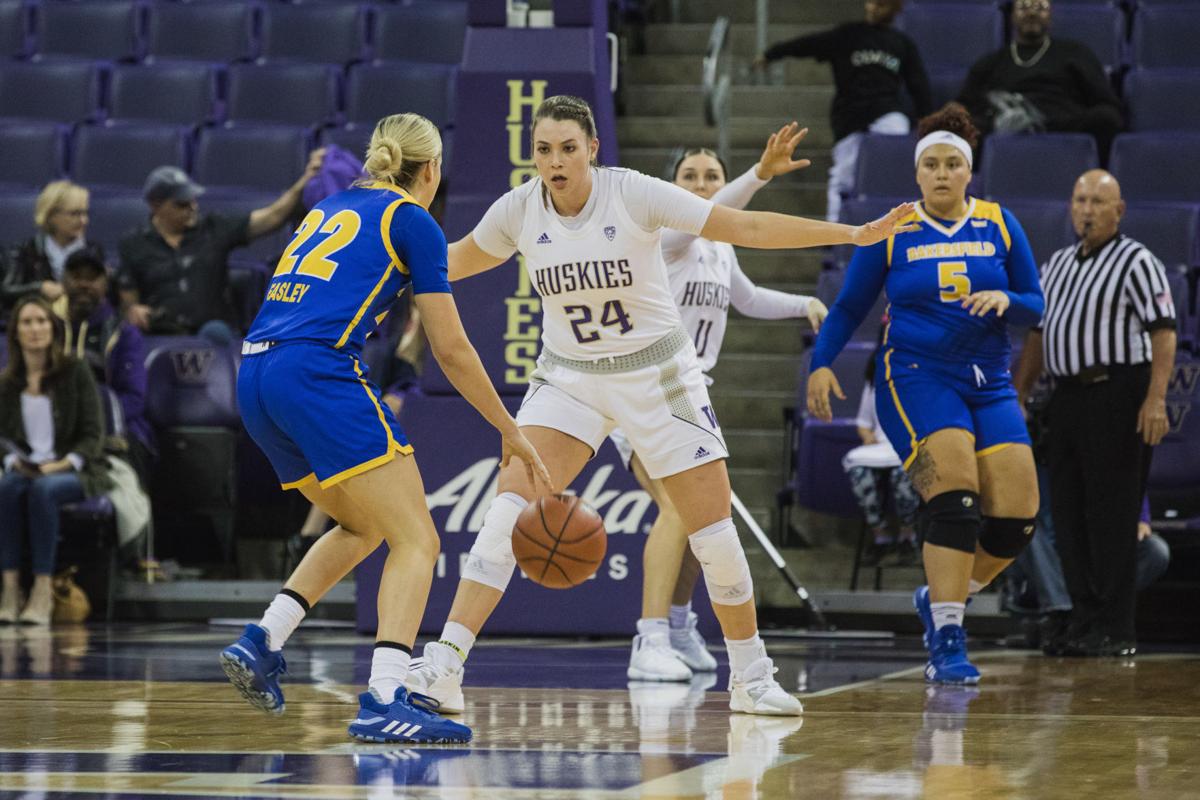 Freshman Ali Bamberger guards an opposing player during Washington's 80-49 win over CSU Bakersfield. Bamberger entered her name in the transfer portal and will have three years of eligibility when she picks her destination.

Ranked as the No. 8 player in California out of high school, Bamberger committed to the Huskies in the fall of 2018. In her lone season on Montlake, she made one start, competing for playing time with fellow freshman Quay Miller and sophomore Darcy Rees. In 27 appearances, Bamberger averaged 3.9 points and 2.6 rebounds while averaging about 14 minutes per game.

Pleskevich, who recently announced she will transfer to Florida Atlantic University for her final season of eligibility, made 20 starts as a junior for the Huskies. Originally from Russia, she joined Washington before the 2019-20 season after spending two years at Broward College in Florida. Pleskevich averaged 2.9 points, 1.5 rebounds and 1.1 assists per game and was a key piece in the Huskies’ upset over then No. 8 UCLA, scoring a season-high 15 points.

Bamberger and Pleskevich combined for 9.7% of the team’s scoring in 2019-20. Washington has just nine returning players heading into next season, but the Huskies will welcome three freshmen next season in guards Jayda Noble and Tameiya Sadler, along with forward Alexis Whitfield.