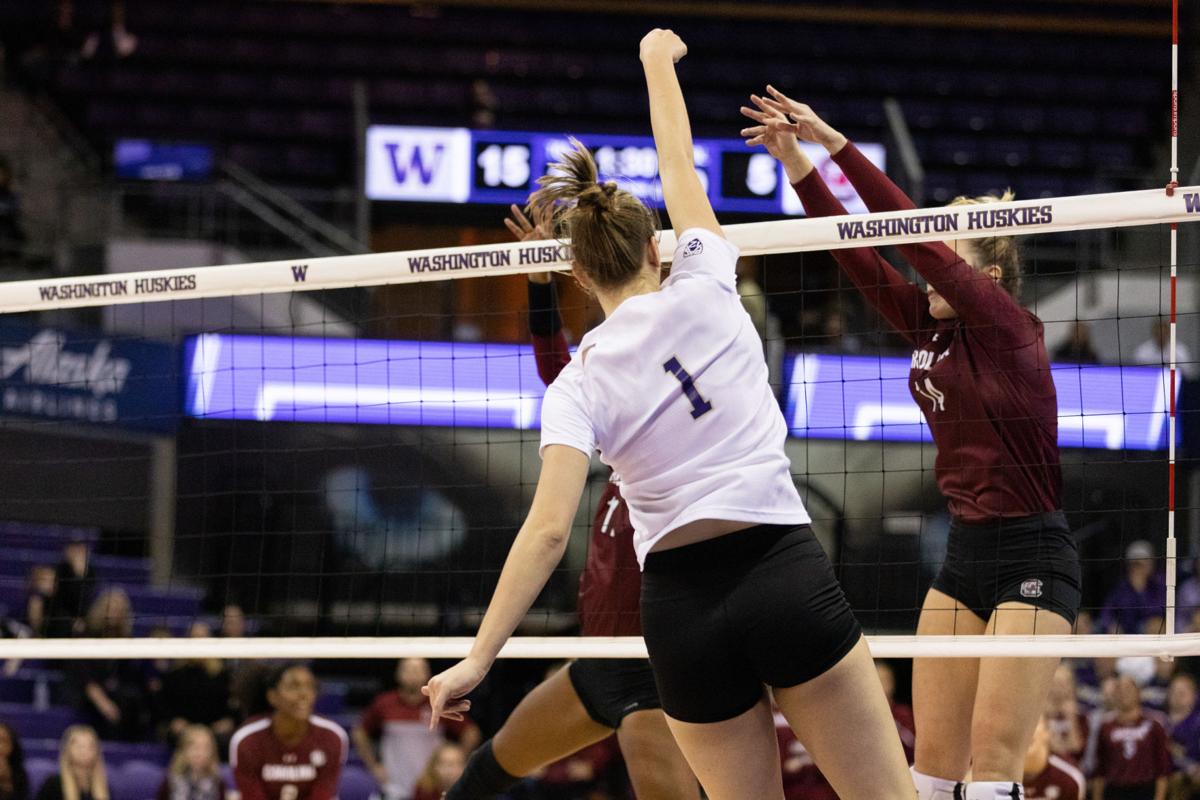 Lauren Sanders gets a kill on a slide in the Huskies' three-set win over the Gamecocks on Dec. 7, 2019. Sanders finished with six kills, hitting .750. 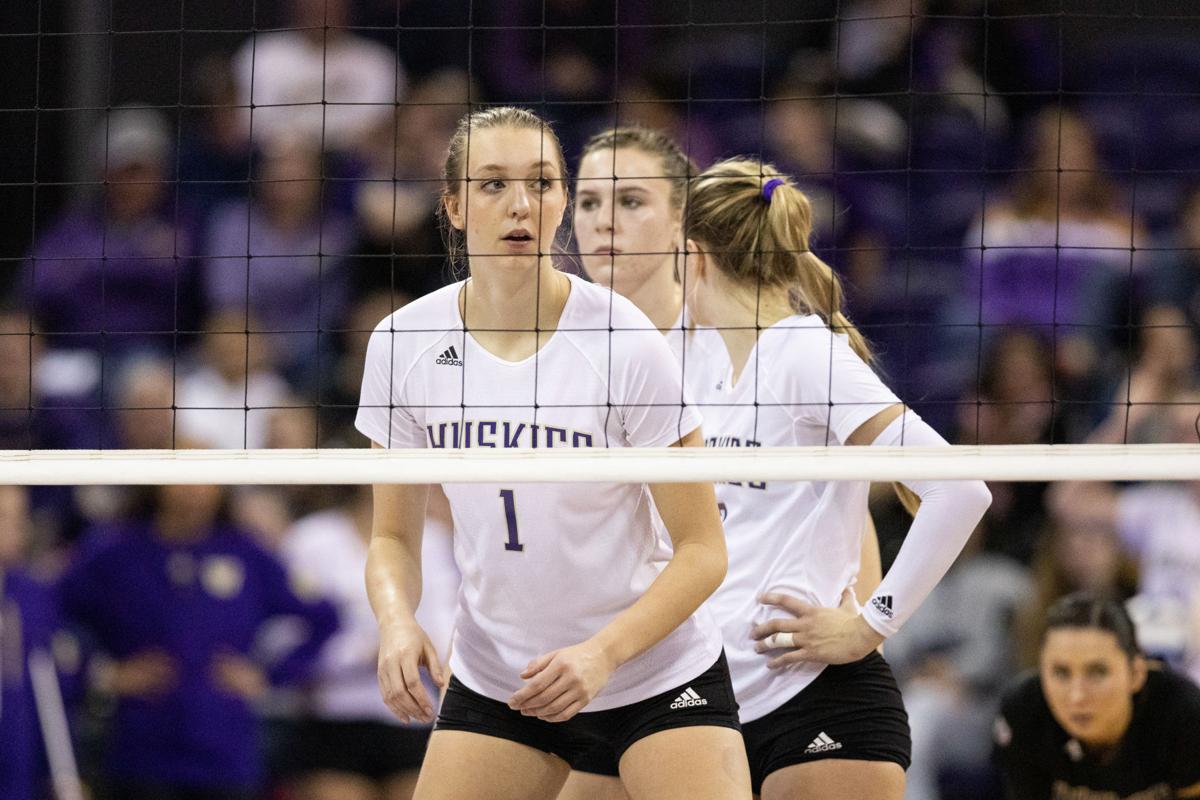 Lauren Sanders sets up before a serve in the Huskies' three-set win over the Gamecocks on Dec. 7, 2019. Sanders had six kills and scored seven points for the Huskies on the game.

In its final game at Hec Edmundson Pavilion this season, No. 8 Washington volleyball team got huge, very different games from its two middle blockers to help lead the way to a win.

The UW has Kara Bajema to routinely put up more than 15 kills and lead the way on offense. At this point in the season, that’s pretty much a given. But Saturday night, when the Huskies found themselves down in the first set yet again, they turned to their bread-and-butter: the slide to Sanders.

The Huskies (26-6, 15-5 Pac-12) ran the play — with Sanders starting in the middle, running along the net to the right antennae, taking a back set from sophomore Ella May Powell on the move, and hitting it back across the court — to perfection, multiple times, in one of the junior’s best offensive performances of the year.

“She was really good,” head coach Keegan Cook said after the match. “Ella set her really well in the right situations from lots of different places on the court, and Lauren was in a good rhythm. The kid is working every day to be good on the slide, and Ella’s worked hard to be able to hit her from all over the court.”

Sanders finished with six kills — still good for second on the team Saturday, behind Bajema’s 18. But those six kills came on just eight swings, and couldn’t have come in bigger moments.

All three of her kills in the first set came with the Huskies trailing late. Both of her second-set kills came with the Dawgs behind and after the Gamecocks had reached 20 points. She ended up with two swings getting dug, but no errors on the night.

Once Sanders helped the offense put South Carolina away in the first two sets, it was Niece’s turn to finish the job, stuffing the Gamecocks again and again in her final game in Seattle.

The senior had just one block in the first two sets to go along with a rough -.143 hitting percentage, but matched that on the first point of the third. Then she passed it on the very next point.

“I give a lot of credit to Avie,” Cook said. “Very easy when it’s not going your way offensively to check out of a match and I was so impressed by her to get two stuffed blocks right off the bat, and just contribute in any way that she can.”

By the end of the match, as the Huskies ran away with an easy win, Niece had six total blocks to lead all players. With her leading the UW defense, South Carolina hit -.194 in the third set.

Now, Washington is moving on to the Sweet 16 for the second straight year. The Huskies will take on No. 9 Kentucky in Waco, Texas, with a potential shot at No. 1 Baylor on the line. And with Bajema putting up routinely stellar offensive numbers, the question may just be how much Washington’s duo in the middle can do to keep everything moving steady, and for how long.