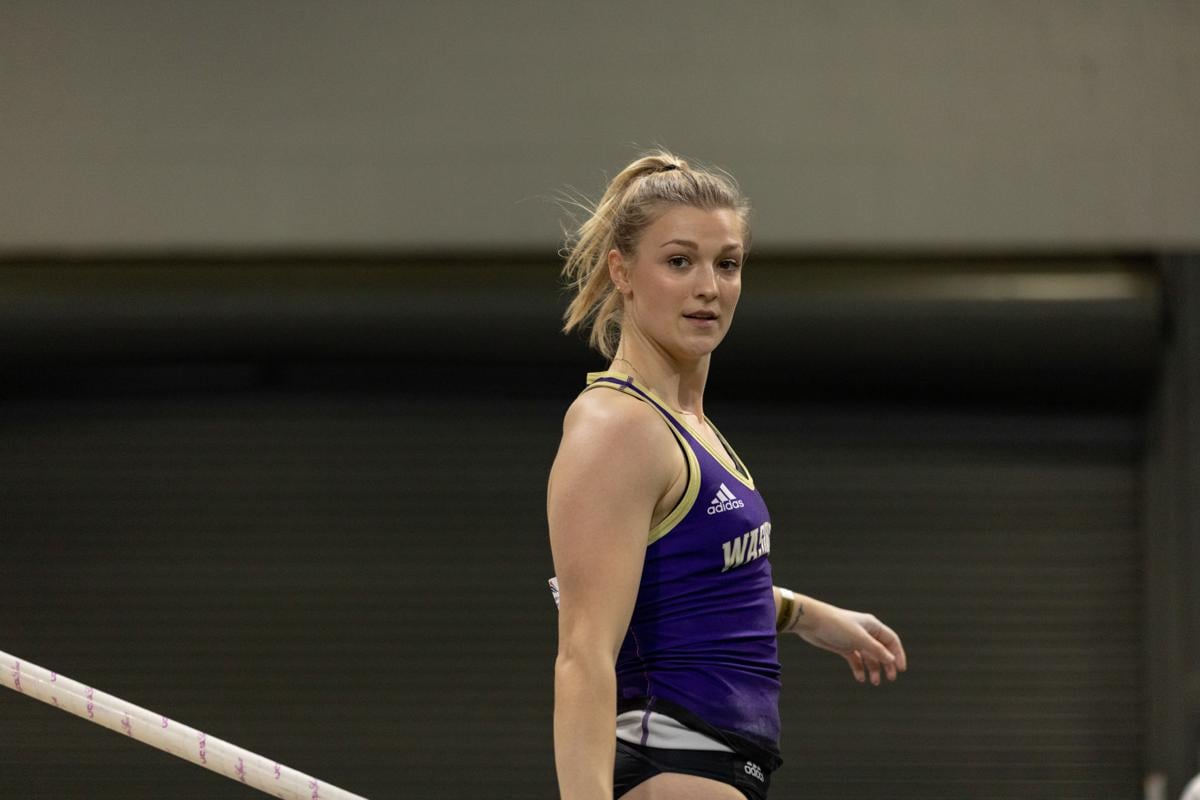 Senior pole vaulter Olivia Gruver looks back at her teammates at the MPSF Championships at Dempsey Indoor on Feb. 28, 2020. Gruver earned her sixth All-American honors in pole vault on Tuesday. 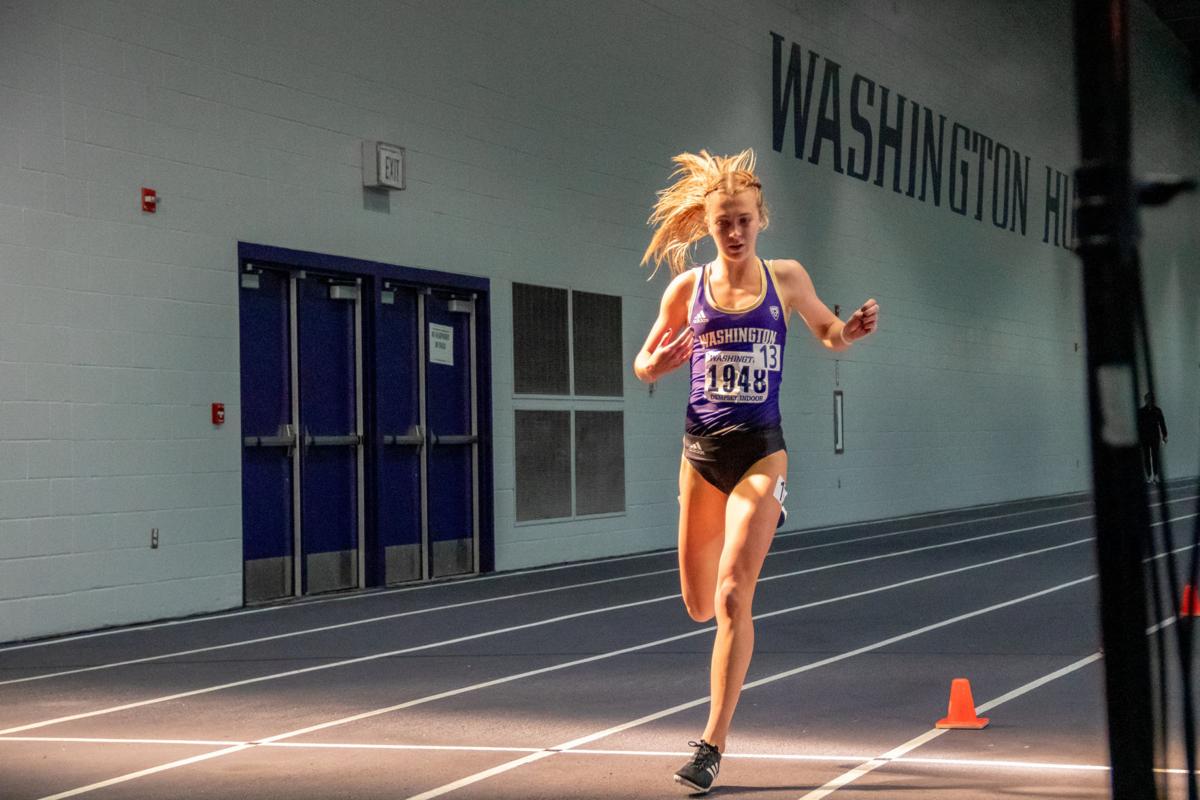 Senior Katie Rainsberger crosses the finish line at the Dempsey Indoor during the Washington Indoor Preview on Feb. 28, 2020. Rainsberger earned All-American honors for the tenth time in her career on May 26.

After being unable to compete in the NCAA Indoor Championships, 11 athletes on the Washington track and field team were named All-Americans on Tuesday, May 26 by the U.S. Track and Field and Cross Country Coaches Association for qualifying for the national championships.

Due to the cancellation of the NCAAs because of the COVID-19 pandemic, the U.S. Track & Field and Cross Country Coaches Association awarded All-American honors to all the athletes that qualified for the NCAAs.

The distance group was the most represented for the Huskies, as Rainsberger, Schadler, Smart, and Rowe all earned their honors for the 3,000 meters, and Anderson was named an All-American in the 5,000 meters.

Stanovsek was named an All-American for the fifth time , this one for the mile, while Thomas, earning her first, had qualified in the 800 meters. Ribera, Schadler, Thomas, and Rainsberger also earned All-American honors for qualifying for the Distance Medley Relay.

For the field events, Rusnak was the only multies athlete to be named All-American for her efforts in the pentathlon. Gruver’s sixth All-American honors and Smith’s fourth both came in the pole vault.