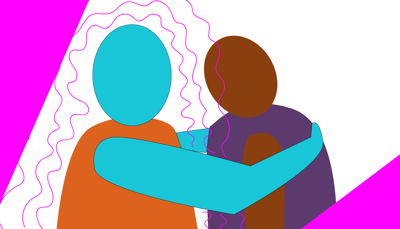 Over 50 community members filled the pews of St. Paul’s United Church of Christ in Ballard Wednesday evening — and at least ten more people attended the meeting virtually via video chat.

Serious mental illness, the forum’s speakers acknowledged, is a somewhat arbitrary category, but it generally includes severe depression, bipolar disorder, schizophrenia, and other more stigmatized mental health conditions. These are the mental health conditions our health care and legal systems are least equipped to deal with.

Jerri Clark, the founder of MOMI, opened the forum with an informative presentation and moving anecdotes. She explained how, in the United States’ move toward deinstitutionalization of individuals with SMI in the 1960s and 1970s, more and more people have been left homeless or incarcerated.

“Now the hundreds of thousands of people who used to suffer in inhumane psychiatric institutions and asylums … suffer in jail,” Clark said.

She told the story of her son, Calvin, who was diagnosed with bipolar disorder and subsequently arrested during a mental health crisis.

“I lost all my civil rights in jail,” Clark quoted Calvin saying.

Individuals with SMI are 10 times more likely to be in jail than in a hospital, according to Clark. Forty percent have been arrested at least once in their lives.

In addition, their lifespans are projected to be 28 years shorter than those of their peers without SMI, and they are 12 times more likely to die by suicide than the general population. Speakers at this forum attributed this bleak data to a lack of compassionate care and understanding.

Clark recounted the stories of Keaton Farris, a mentally ill teenager who died of dehydration while in a county jail, and Chad, who died by suicide after not meeting the “criteria” to receive treatment.

One thing that was stressed by many of the attendees who had family members with SMI was the fact that there is no mechanism in place to get care until the individual becomes violent.

911 operators will often say that they cannot step in until the person with SMI is threatening themselves or others, using the rationale that “it isn’t illegal to be psychotic,” Clark said.

This points to the increasing criminalization and lack of compassionate care that individuals with SMI (of which there are nearly 200,000 in Washington state alone, according to Clark) experience.

In addition, Clark cited the Involuntary Treatment Act as a barrier for individuals with SMI to receive care. This act, which was conceived to prevent people from being committed to psychiatric institutions against their will, is being used as an excuse for underfunded medical institutions to deny treatment to individuals who are too sick to consent to care because of their level of illness, Clark argued.

“If the person can still talk or shake his head, he can choose not to receive treatment,” Clark said. “They can simply claim that the person didn’t want help.”

This is a problem, Clark said, because of the high occurrence of anosognosia, a symptom that often occurs alongside SMI and prevents an individual from perceiving the fact that they are ill. This is different from simply being in denial — those experiencing anosognosia literally perceive no evidence that they are suffering from any mental illness.

To illustrate this, Clark told everyone in the audience to look down at their arms.

“Now imagine if I told you you had a deep, bleeding cut on your arm, and that you needed to go to the doctor and get stitches,” Clark said. “Would it make any sense for you to do so?”

In anosognosia, all sensory and cognitive evidence seems to point toward wellness, even if the world around the sufferer is insisting that they are sick. This can lead to hostility toward those who try to provide care — and it is a major reason why the Involuntary Treatment Act needs amending, Clark argued.

Clark’s presentation was followed by state Rep. Noel Frame, who expressed her support for the lobbying work of MOMI and emphasized the importance of individual stories in the fight for acceptance and understanding of SMI.

“We hope that those of you who write policies and administer procedures are willing to partner with us and to travel with us into the emotional depths of this work,” Clark said, addressing various governmental officials in the audience.

She allowed audience members to vent their frustrations and personal experiences with the legal system and implored the state legislature to change how it approaches cases of SMI.