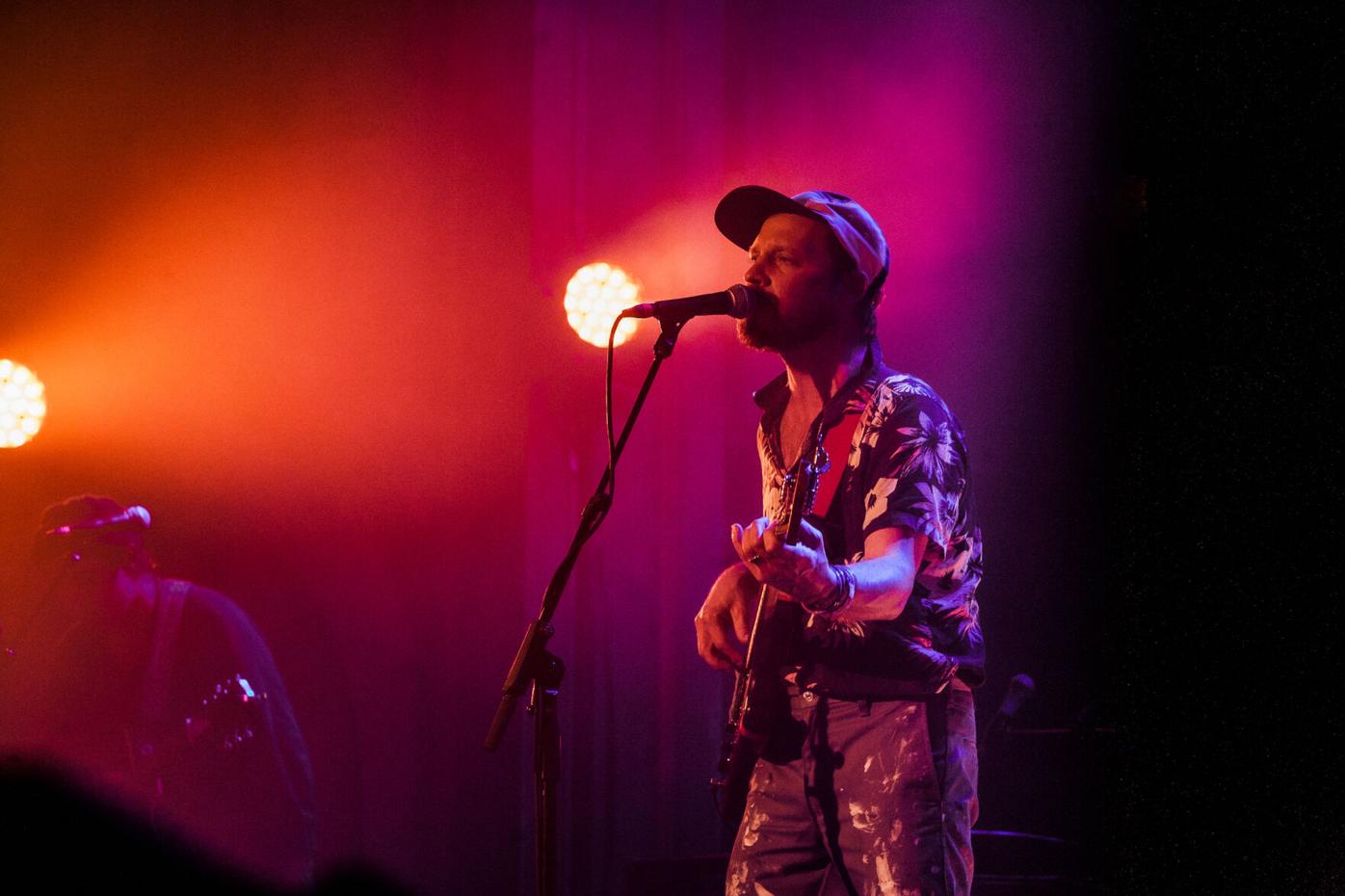 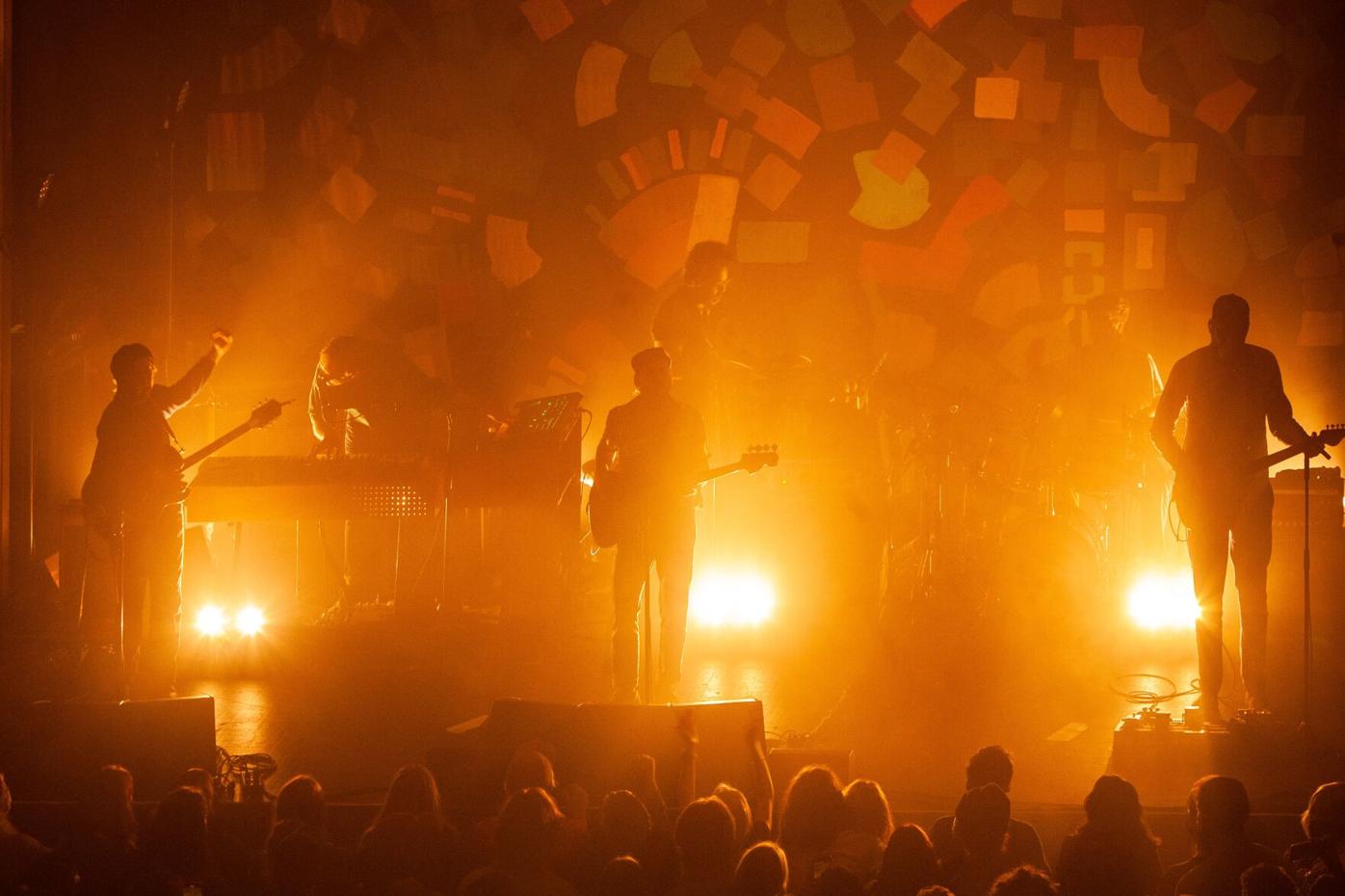 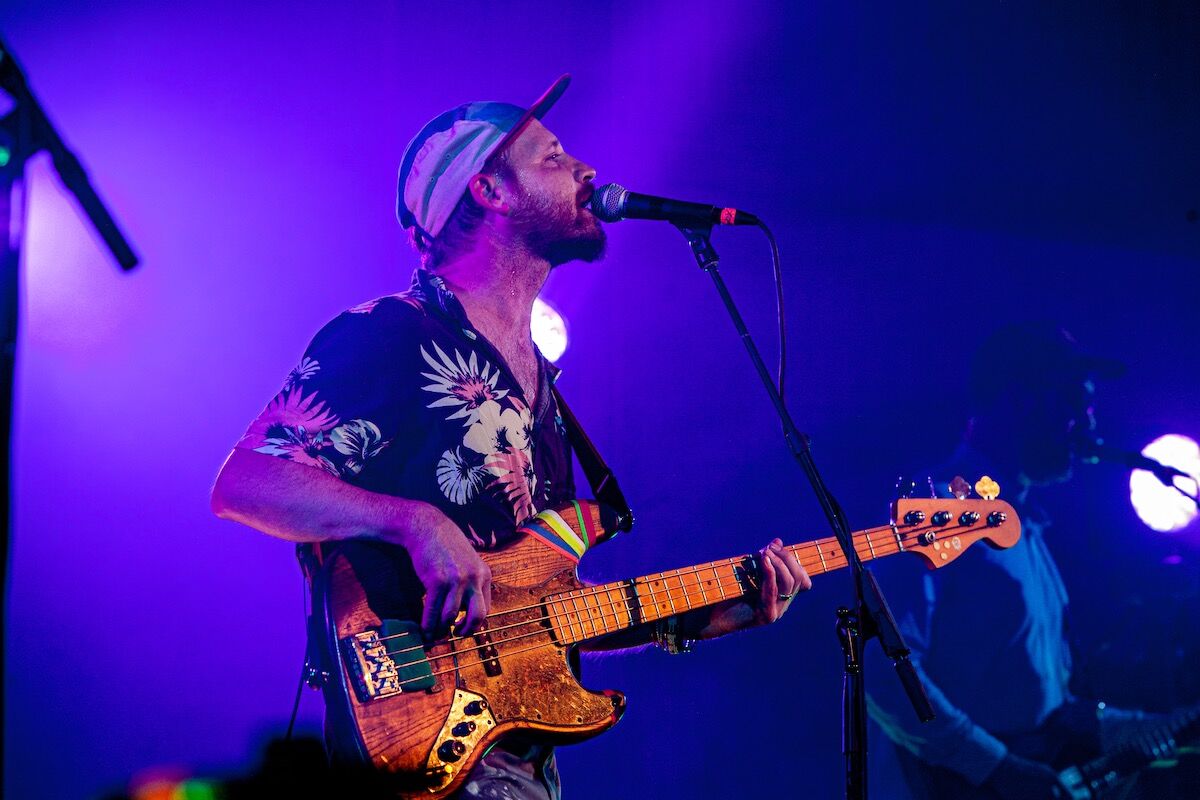 On Nov. 2, Dr. Dog, with opener Tōth, brought the Neptune Theatre alive with a show akin to a spiritual experience. It was not just the Neptune’s stained glass or the handmade backdrop by Dr. Dog that gave the venue a cathedral-like atmosphere; warm, colorful hues washed over the crowd as the bands played with an honest love for connection.

“It was my idea [to wear the wings],” Alex Toth, the multi-instrumentalist frontman of the self-produced project Tōth, said. “For as long as I've been a performer, I've been really interested in the theatrical, the visual, the movement, the choreography.”

On and off stage, Toth is multitasking. He makes the audience swoon with a trumpet solo and pogo to synthesizer beats at any given moment. His repertoire also includes tour managing, which he splits with co-performer Alycia Lang.

“I’m a friend of the band,” Lang said. “We all just kind of know each other from the scene so they asked me to come on tour.”

Lang is being modest. Along with her tour managing and merch duties, Lang also performs. She beautifully accompanied Toth on his song “Daffadowndilly.” Their harmonies had the in-sync touch of two longtime friends.

“It’s not just about the music,” Toth said. “It’s the whole experience of connecting.”

The connection was tangible among performers and the audience that night. Dr. Dog's stage presence was powerful, drawing the audience together. A chorus of fans sang along to Dr. Dog’s unique psychedelic pop rock.

Their encompassing sound is a result of the band's strong rapport. Dr. Dog’s roots trace back to a middle school collaboration of Scott McMicken and Toby Leaman. Since the band’s inception, they have been on worldwide tours with sold out shows for over a decade. This show is part of their victory lap. The last stop is their hometown, Philadelphia.

Dr. Dog brought out Toth for a trumpet cameo on “Coming Out of the Darkness,” much to the audience’s excitement. McMicken and Toth played off of each other’s energy, taking everyone along for the ride.

“Alex Toth ... What a badass!” McMicken said. Judging by the cries for more trumpet, the crowd agreed.

Toth wasn’t the only guest to play with Dr. Dog that night. Drummer for Dr. Dog, Eric Slick, looked surprised to see his sister Julie Slick join him on stage. With Julie on bass, the sibling duo proceeded to shred the band’s song “Easy Beat.” They brought the audience together — and the house down.

The friends and family on Dr. Dog’s “Last Tour” created an unforgettable live community experience. The show was a graceful goodbye to the Neptune Theatre by Dr. Dog.