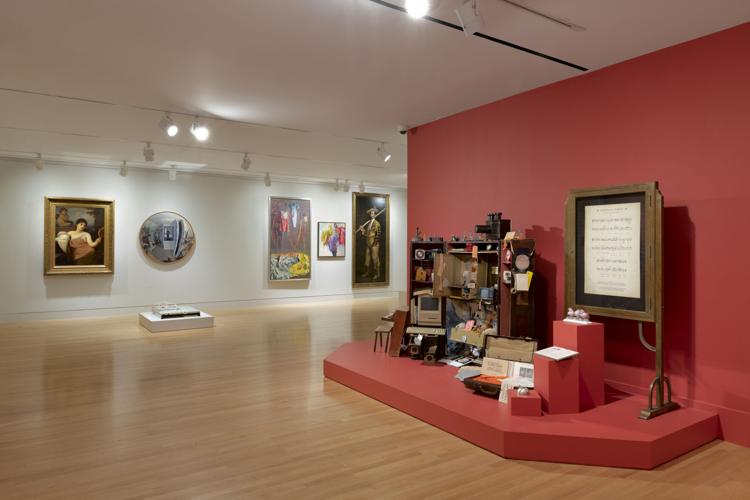 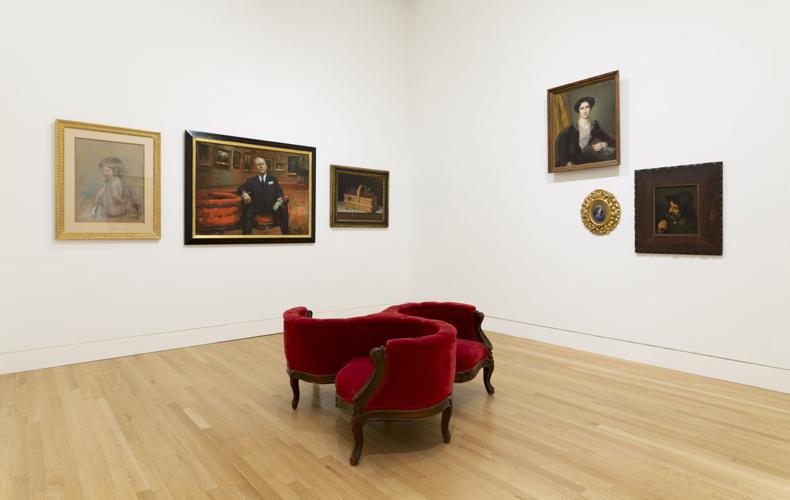 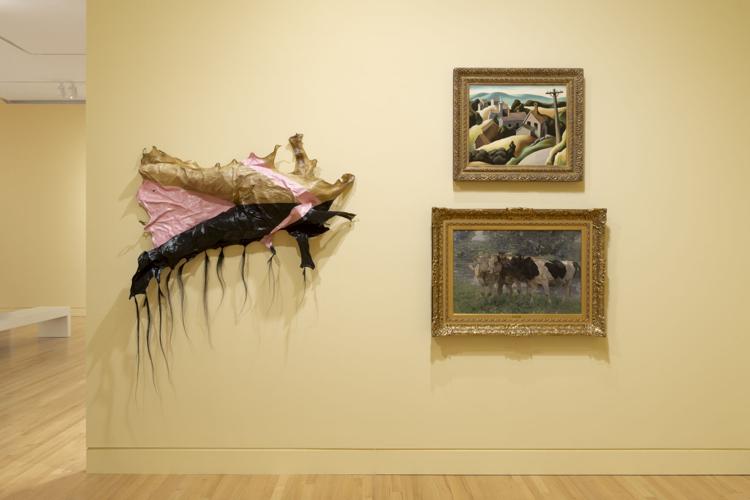 According to a tale recounted by the Roman poet Pliny the Elder, the painter Zeuxis once painted a picture of a boy holding a basket of grapes. The artwork was so realistic that birds flew up to it, pecking at the grapes. But Zeuxis wasn’t satisfied. He thought that if he had truly imitated reality, the birds would have been scared off by the boy.

In an obscure variation of this tale, a piece of “Plinian fanfiction,” Zeuxis repaints his masterpiece. Three birds approach. The first pecks at the fruit, the second is frightened off by the boy, but the third stays and stares at the painting, enthralled, suspended between the urge to fly away and the urge to consume.

“The Third, Meaning” is an installation of Frye Art Museum’s permanent collection, curated by ESTAR(SER), which, according to the Frye’s website, “is an international research collective concerned with the history — and the mythology — of attention.” It interrogates the issue of that “third bird,” asking the question of what draws us to art, the question of how we can continue earnestly engaging with art in a world where attention is commodified.

“[Attention] seems to be a really threatened resource for pretty much everyone on the planet,” Joanna Fiduccia, assistant professor of art history at Yale University and one of the project's two lead curators, said.

Attention is a resource that “The Third, Meaning” not only conserves, but also plants and cultivates.

I’ve always loved art museums, but I’m not sure I love them for the right reason. I like to stride through the halls, letting the artwork color my peripheral vision. I like to take photos of myself with the mind-space of a Matisse in the background. I like to sit down on a bench and pretend to think.

“The Third, Meaning” solves this problem. It gets its audience to converse with the art by setting the works in conversation with each other, displaying them in sets of three. The brilliant thing about this maneuver is that even within the internal world of the triad, there is always a witness.

D. Graham Burnett, the exhibition’s other lead curator who currently teaches at Princeton, also commented on this peculiar sensation.

“There is a kind of turning … that pinwheel energy … a world to the triad that you are outside of but, somehow, kind of, make move,” Burnett said.

Staring at the triads, you can’t fully control the conversations occurring in your subconscious. The insecurity and the confusion you feel in that space is a real point of genesis. It allows you to reimagine what a puzzle whose pieces don’t quite fit together can be.

“I am really interested in the ways that certain forms of understanding work like cycles of self-loss and self-recovery — you throw yourself into something, and then work to reel yourself back out, transformed,” Burnett said.

The exhibition examines the questions raised by the “third bird” through the lens of Roland Barthes’ theory of a “third meaning.” The French philosopher postulates that art has another sense beyond the literal and the symbolic, a sense which is “a signifier without a signified.” This “third meaning” simultaneously obscures and clarifies. It's both too abstract and too concrete to be assigned a definite sense.

Most of the triads in the exhibit are careful to avoid the allegorical. They don’t seek to explain a philosophy — they allow audiences to focus on artistic artifacts that simply exist, without labels denoting their creator, period, or style. But, I found one of the triads to be particularly useful in didactically parsing the nature of Barthes’ “third meaning.”

This triad consists of a mirror whose image is obscured by an antique lace veil. The literal object hanging on the wall is the mirror. Your own face which you see reflected in the mirror is the triad’s symbolic, or to use Barthes’ term, signified sense. But the illusive “third meaning” is created by how the fragile old veil, colored a musky maroon, warps the image created by the interaction between the two other components. It’s this esoteric enigma with which the “third bird” finds itself confronted.

The Frye stuck its fingers through the lace and leaned into the latent ambiguity of art when it approached ESTAR(SER) with the opportunity to curate this exhibition, giving the collective free rein to capture and set loose their audience’s attention.

The Frye allowed the curators to spend time in the museum’s storage, looking for work to include in the installation. While they were getting acquainted with the art, a portrait of Ida Greathouse, a former director of the Frye, revealed herself to the curators. They placed this painting opposite a portrait of another Frye director. Though the two portraits are looking in different directions, mimicking the gossip chair at the center of the room, it almost seems as if they’re smiling at each other.

“We enjoy the moments that feel a bit magical in the production and have some sense of predestination within them,” Fiduccia said.

Serendipity — something I believe can arise from paying attention — is hugely important for the success of the installation. Each triad feels like an encounter with someone or something you knew in another life.

It's important to remember that even though they have been stripped of their labels, these works of art don’t exist in a vacuum. They are attached to real stories, real experiences, and real imaginings. Because often the artifacts themselves are far from abstract — many being 19th-century oil paintings — an observer can’t forget about the other two birds who view art as an echo of reality. Throughout the installation, we are reminded that art can be both a feast and a scarecrow, as well as a portal into a mysterious third kind of meaning.

“The Third, Meaning” understands that art needs to be more than just relevant. It also must expand our notion of what relevance can be. It must create new worlds in which new conversations take place.

“The Third, Meaning” is currently on display at the Frye, and admission is always free. For more information, visit the Frye Art Museum’s website.

Frye Art Museum’s ‘The Third, Meaning’ and the art of attention

‘Everybody gets dressed’: ‘The History of Costume’ at Special Collections

‘Fishing Was His Life’: Centering Black livelihoods in the fishing industry