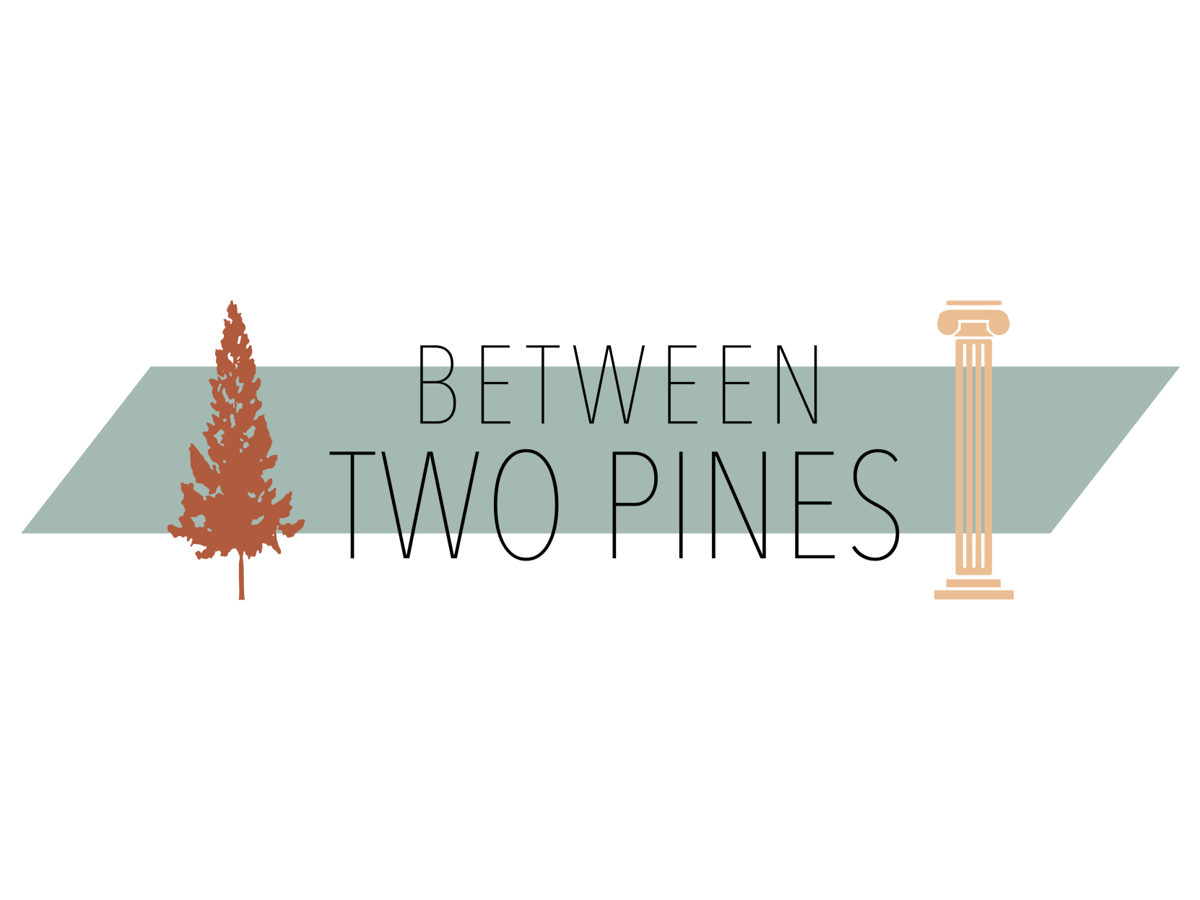 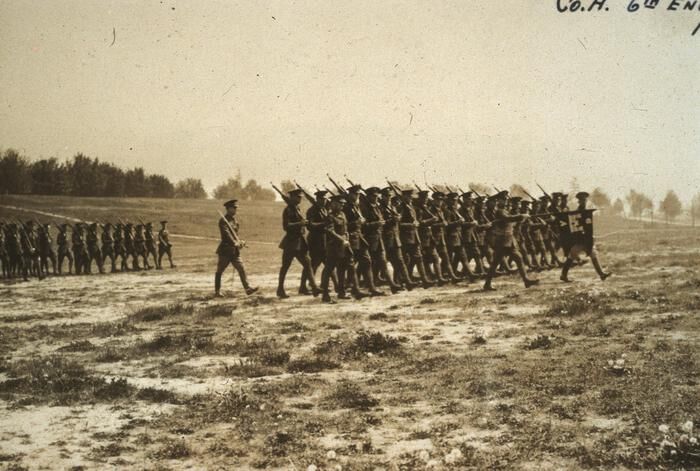 Soldiers drilling in Fort Lawton, circa 1900 - Courtesy of the Seattle Municipal Archive, Identification # 170290 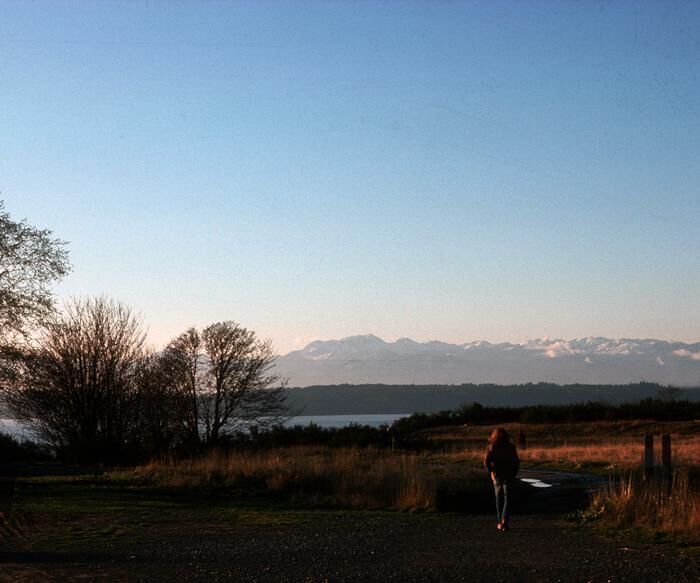 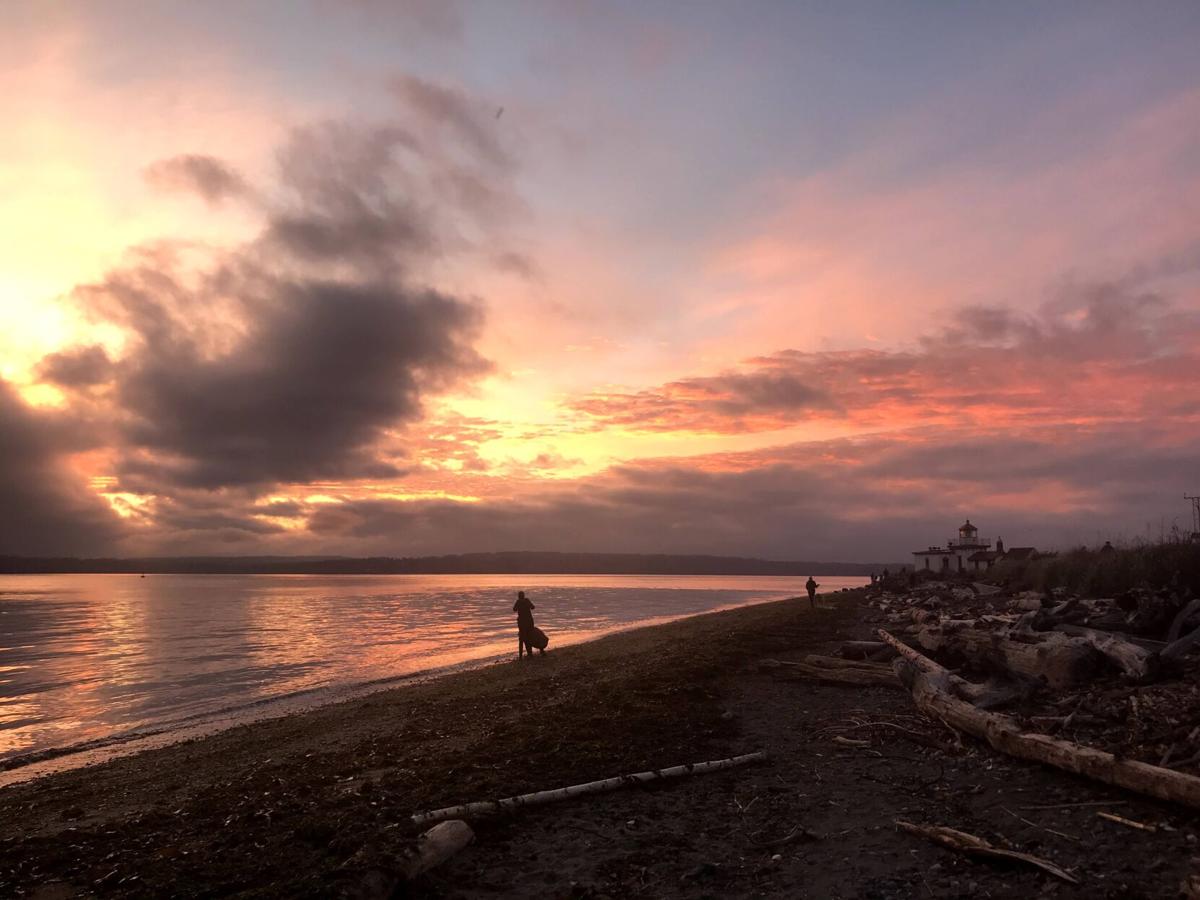 A view of the West Point Lighthouse, 2021 - Courtesy of Andy Chia

The waves of the Puget Sound crash in a rhythmic way, reflecting the eons of time that have passed over the sand. Jagged rocks are reminders that this place was once home to the Cordilleran Ice Sheet, a mammoth of ice that forged the vast bluffs lining the beach. As the ice receded, silt and clay gathered, forming the land needed for plants like firs, hemlocks, ferns, and cattails that sprouted out from the loam to support an entire ecosystem.

The Pacific Northwest is a hearty home thanks to this phenomenon.

Without the geological time that created these hills and chasms, we would not have the parks of Seattle.

It often crosses my mind that Seattle would be dramatically different if there were a lack of vistas around every corner — no Mount Rainier peeking out from over the horizon, no Lake Washington to look at your reflection in, and no evergreens to glance at overhead.

There would be nothing more tragic than losing these geographical icons of Seattle.

The Duwamish Tribe and other Indigenous people of the land made use of the land as a home, preserving its qualities and beauty for generations before settlers came. However, these white settlers differed in how they treated the land. Whereas some sought to deforest and urbanize, others strived to keep a semblance of the vistas that had existed for time immemorial.

Discovery Park was an odd middle-ground approach to these dueling philosophies.

In 1855, surveyors David Phillips and William A. Strickler passed through the forests and noted that the place resembled a soon-to-be old-growth forest. They saw that the biome captured a swathe of flora, covering the tide prairies buffeted by high winds to the more serene forests. Wetlands with more diverse species were the only areas that were of interest at the time, so the land was mostly left alone.

As the decades passed, settlers came. They deforested much of the area to urbanize, creating homes and roads.

During the economic downturn of the 1890s, Seattle needed money; the United States government, on the other hand, was seeking a strategic military location, and in 1896 the land was sold to them. The U.S. War Department named the land Fort Lawton after a recently deceased general and set out on building a bustling post.

Buildings were erected across the top of a bluff overlooking the tide prairies, and the first troops to be stationed there arrived in 1901. More troops would join the installation leading up to WWI, and by 1917, there were troops both guarding the fort and leaving for the frontlines.

After the war, expansion continued.

1925 gave rise to stables and field artillery. In 1933 the post’s population had doubled, but by 1941 the expansion had stopped. In 1944, a deadly riot broke out — Italian prisoners of war were injured, and one even died. However, the ensuing prosecution and court-martial were botched, leading to apologies for the accused decades later.

From 1949 to 1959, the base continued to serve as a processing port for soldiers to the Pacific, receiving improvements to armaments. But by 1968, the base was to become an Anti-Ballistic Missile base, in part a response to the Cold War as an ever-looming threat to the United States and Seattle.

This is when the people of Seattle had enough.

The group “Citizens for a Fort Lawton Park” was formed in the same year to dissuade the government from building a base there. Senator Henry M. Jackson backed this plan, and with the help of voters, Fort Lawton began the process of decommissioning.

In 1970, Fort Lawton inspired a national bill that returned military land and surplus to parks and recreation for next to no cost for cities like Seattle.

This era was bookmarked by the United Indian People’s Council, a group that later renamed themselves the United Indians of All Tribes, when they began their fight for the land. The Council was made up of Native Americans who had come from all over the Pacific Northwest in support of the establishment of an Indian Cultural Center.

On March 8, 1970, 100 members of the council, including Bob Satiacum, Bernie Whitebear, and Leonard Peltier, began to occupy the area. While they were originally arrested and escorted off the land, their efforts helped lead to the establishment of the Daybreak Star Cultural Center in 1977.

This was the beginning of Discovery Park as it exists today.

Social and ecological changes have been the focus of the park; the land was returned throughout the 1970s, and this is where the acreage of land began to see the return of species like firs and ninebark through restoration efforts. Bobcats, beavers, and over 270 birds have returned to the area too, with the land being considered one of the hotbeds for fauna today. Fort Lawton was also preserved, maintained by the park as a reminder of the space’s history.

The reason why I decided to end this column with Discovery Park is two-fold.

The natural and anthropological history of the park shows fascinating glimpses into what Seattle is. Many parks share similar origins and fates as Discovery does, but there are dozens more that have evolved depending on the era and specific stewards of the park. Whether it be the old-school Olmsted parks or the newer urban spaces, parks are part of what makes Seattle the city it is today.

These parks mark the historical trends, the cultural junctions, and every other facet of Seattle living that makes the city so unique. They connect us with the land and show us how to appreciate the time and space that we occupy.

I also wanted to end this column here because I have fond memories of Discovery Park. In fact, the whole reason this column exists is because I was inspired by the place’s beauty.

I first went to Discovery Park on a field trip when I was in elementary school. My class went there to look at tidepools. At this point in my life, it’s a foggy memory, but I distinctly remember how the air was salty and the waves were calming.

It was a decade later before I would remember that Discovery Park existed and I decided to visit again. That time I started to see the forest for the trees, not only in the physicality of different hardwoods and softwoods, but also seeing the different aspects of the park.

Returning to a place that I only vaguely remembered was jarring at first. I didn’t remember the Daybreak Star Cultural Center, the dense forests, or even the sword ferns that dot the landscape. The bluffs and Fort Lawton felt like stepping back to a time that I had never known, yet familiar. It was comforting in the sense that time had led me to experience a childhood that had passed and the countless lifetimes that had been changed by the place.

As college went on, I would visit the park frequently — not just for hikes and walks, but also for sunsets. It’s breathtaking and an experience I think changes your perspective about parks and Seattle.

I would look out over the rocks onto the Puget Sound and forget about whatever was on my mind. Occasionally I would show my friends “my happy place” and take them there, but I preferred going alone to soak it in.

When I was there in mid-February of 2021, I decided parks were a chance to show my love for my city and to tell stories. This column represents the journey to uncover what makes Seattle parks special, and especially what makes them special to me.

As I look back on my visits to these places, I remember fond things about the times and places of my life. I’m hoping that others experience a similar joy to what I know because of these places.

Thank you for letting me share these memories with you and for letting these snippets grace your lives as much as they have shaped my own.

I hope these parks create meaning for you, just as they have for me.