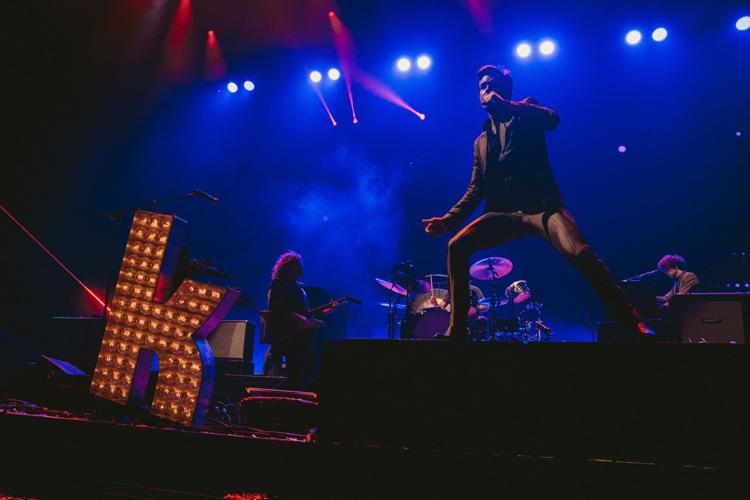 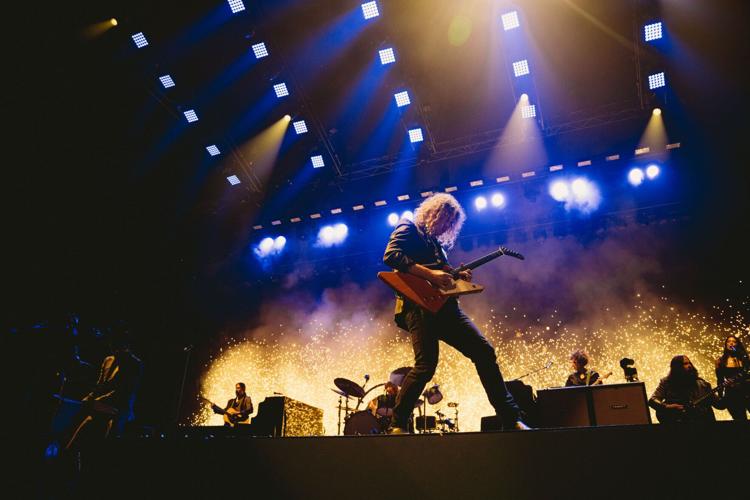 On Aug. 20, thousands of fans poured into the newly renovated Climate Pledge Arena to see the American rock band The Killers on the beginning of the fourth leg of their “Imploding the Mirage” tour. The tour shares the name of their sixth studio album which was released in August 2020. While the tour was originally supposed to be that same year, the COVID-19 pandemic pushed the tour to 2022. Based on the reactions fans had that night, The Killers were certainly worth the wait.

The Killers, for those out of the loop, are most well-known for their classic 2004 emo hit “Mr. Brightside.” Coming from their first album “Hot Fuss,” the song was one of their first to be released and is by far their most popular song not just to alternative rock listeners, but the general public. Rolling Stone included the song in their list of the 500 greatest songs of all time, and the song has somehow spent five entire years in the top 100 U.K. singles.

I’m only a little bit ashamed to say I first heard “Mr. Brightside” as a pre-teen when it was used in a fan animation for my favorite book series at the time. However, as I enter adulthood I’ve come to fully appreciate “Mr. Brightside” for the banger it truly is. While I’m more ambivalent towards their newer releases, “Hot Fuss” remains an impressive debut album nearly two decades later, and it’s an album I’ll happily listen to on any occasion.

As the crowd at Climate Pledge filled their seats and crowded by the stage, the opener Johnny Marr began to play several of his original songs as well as some throwbacks. Marr, the guitarist for ’80s English rock band The Smiths, played guitar as well as sang lead vocals for iconic songs like “This Charming Man” and “How Soon Is Now?” I wasn’t aware that Marr was the opener until I got to the venue, and getting to hear some of The Smiths’ songs live from one of the original members was a fantastic start to the night.

After a set change, the long wait for The Killers was finally over. The dramatic flare of their opening was thrilling to watch unfold — the screens were filled with the colorful illustration on the cover of “Imploding the Mirage” as a low hum filled the speakers. The band members slowly filled their places, and as lead singer Brandon Flowers burst on stage, a burst of confetti engulfed the crowd.

Out of the many concerts I’ve been to, I’ve never seen a show start with confetti, but it was very telling of the energy and excitement the whole band had for performing that evening. The confetti cannons went off a total of three times, marking the show’s beginning, middle, and end.

The band played a mix of songs old and new, from “Somebody Told Me” to their newest single “boy.” Toward the close of the show, after reading a fan’s sign in the audience, they played “For Reasons Unknown,” letting the fan come on stage and impressively play the drums alongside the rest of the band.

For the encore, The Killers invited Marr back on stage to sing a few more hits from The Smiths — this time with Flowers singing lead vocals. After playing “There Is a Light That Never Goes Out” and “What She Said,” the show came to a roaring close as the iconic opening riff of “Mr. Brightside” was played to the expectant audience.

The Killers put on an impressive show full of the flare and pyrotechnics one comes to expect of a large stadium show. Flowers is a compelling frontman, and seeing him perform with a member of The Smiths, who Flowers has cited as a big musical inspiration, was a treat to watch unfold.

As Flowers put it during the show, the concert was indeed a superspreader event, spreading “peace, love, and rock and roll.”

Thinking of traveling to Seoul? Here’s five things to remember