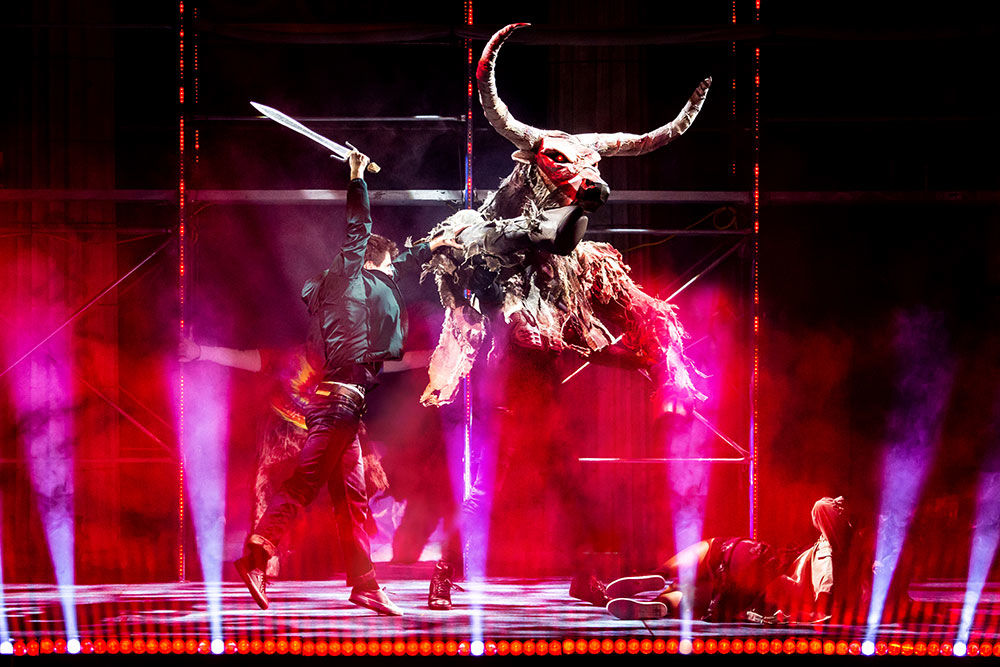 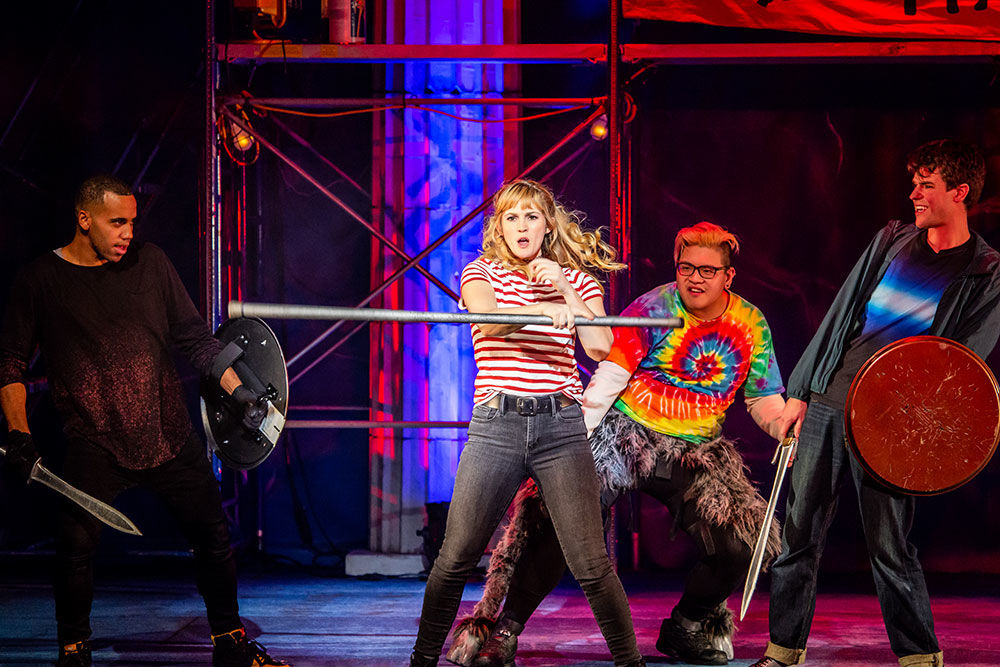 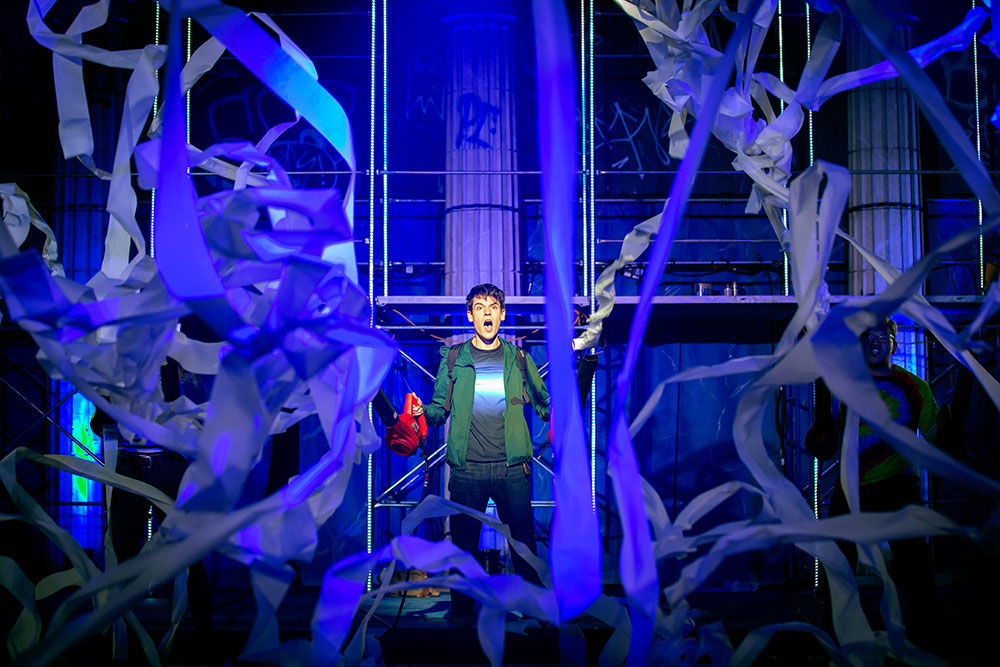 If you, like me, read and reread Rick Riordan’s Percy Jackson and the Olympians series until the covers frayed and the spines broke, then you probably also saw — and hated — the 2010 big-screen adaptation, “Percy Jackson & the Olympians: The Lightning Thief.” Logan Lerman’s beautiful blue eyes just weren’t enough to save the film as, despite Riordan’s best efforts, it hacked and slashed the plot of the first novel until it was virtually unrecognizable.

Somehow, 2013’s sequel, “Percy Jackson: Sea of Monsters,” only made it worse (I mean, they couldn’t even keep the franchise name consistent across two movies). I never thought that there would be a faithful, enjoyable adaptation of the series, and the idea that it would come in the form of a stage musical never even crossed my mind. But “The Lightning Thief: The Percy Jackson Musical” is a bona fide gift from the gods.

The musical rises to the challenge of telling a multi-hundred-page story in two hours and executes it well; the pacing in the first act is never rushed, and though the coast-to-coast journey in the second act takes place largely over the course of one song, this, too, feels earned.

The characters are vibrant and dynamic, and while the acting is good across the board, there are a few real standouts: Chris McCarrell’s Percy Jackson is markedly odd yet unfailingly charming; James Hayden Rodriguez makes for a devilishly charismatic (and very hot) Luke Castellan; and Ryan Knowles is consistently hilarious as everyone from Chiron the centaur to Medusa to a Jim Carrey-inspired Hades, god of the underworld.

And that’s one of the best things about “The Lightning Thief;” it’s really, really funny. It somehow captures the sardonic, jokey nature of the books in a way that feels like an extension of Riordan’s original vision. Even the (rather excellent) practical effects play a part in this. For example, as a way to visualize Percy’s ability to control water, the characters used leaf blowers attached to toilet paper rolls to “TP” other actors and even the audience.

In general, the practical effects the play uses to evoke a world of magic and monsters are inventive and effective, from the giant, cloth-wrapped, red-eyed Minotaur to the spooky, mummified oracle whose dress billows out as hands push on it from the inside. Though some of the more fantastic elements had to be toned down — Riptide, Percy’s pen that turns into a sword (and vice versa), is a sword most of the time — it doesn’t take away from the overall effect.

Of course, the musical is by no means perfect. In fact, the music itself is probably the show’s weakest point. It’s often trite and dialogue- or exposition-heavy. Even so, there are some real bangers: “Good Kid,” and “Lost!” are particular earworms. And despite often-banal lyrics, the music itself, played by a cleverly hidden live orchestra, is enjoyable.

“The Lightning Thief” is playing at The 5th Avenue Theater until April 28, with tickets starting at $46.

The verdict: Despite lyrical pitfalls, “The Lightning Thief: The Percy Jackson Musical” is the adaptation your middle-school self has been waiting for, and well worth the money you’ve undoubtedly been stashing away for a big-ticket musical.