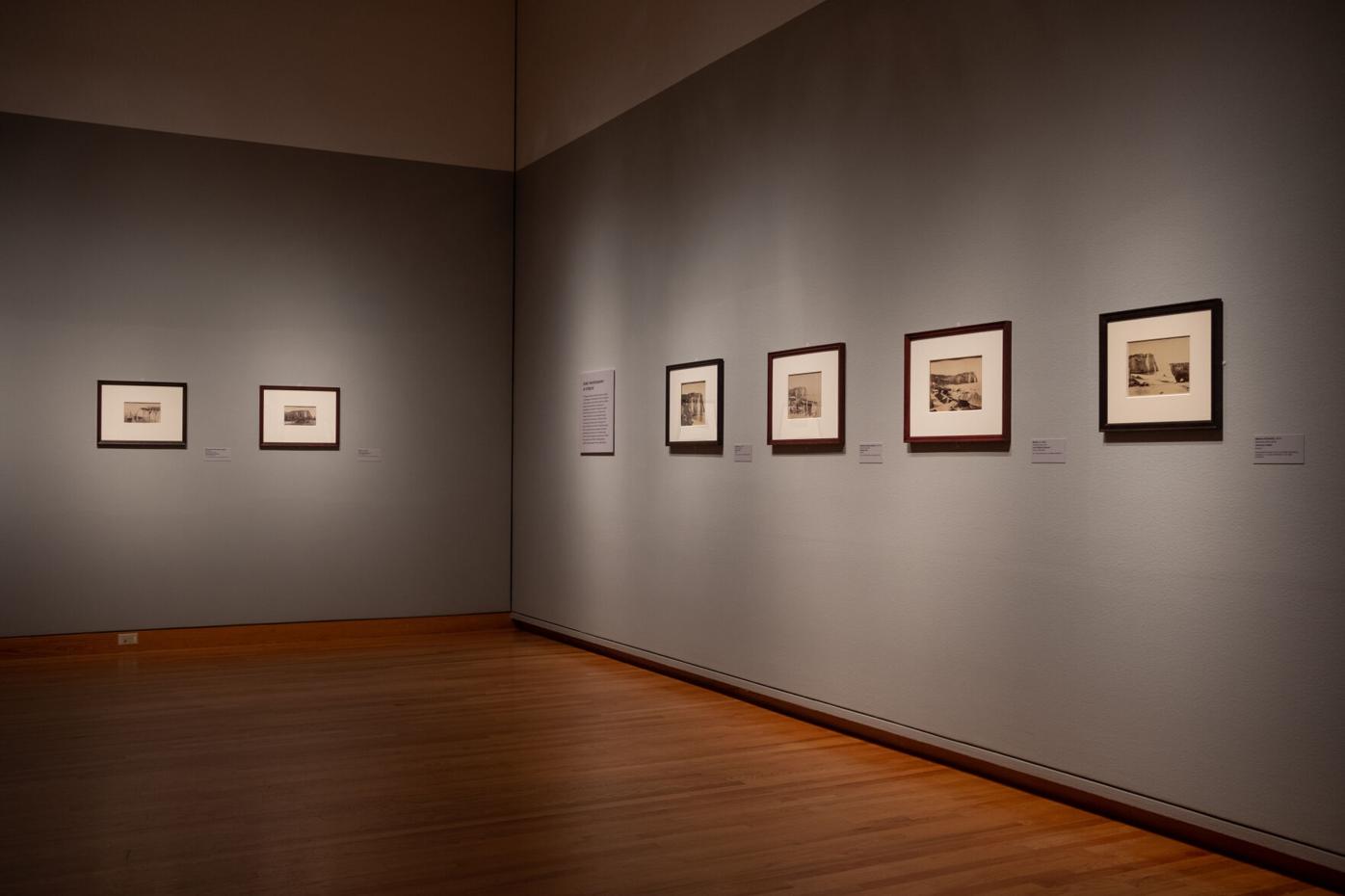 The “Monet at Étretat” exhibit at the Seattle Art Museum tells the story of impressionist painter Claude Monet’s visits to the shores of Normandy, outlining the characters from his life, such as his wife Alice Hoschedé, that offer insight into happenings at the time. The exhibit also features works from his first teacher Eugène Boudin, as well as Jean-Baptiste-Camille Corot and Gustave Courbet to demonstrate varied approaches to painting the subject of Étretat.

“When we think about Monet and his painting process and the selection of the motifs, we also have to think about the way that a plein air, that is an open-air painter, works,” Chiyo Ishikawa, the curator of the exhibit and the SAM’s former deputy director of European painting and sculpture, said. “He works right in front of the motif. And Monet was assiduous about painting what he sees — he doesn't want to invent or romanticize.”

There are 10 Monet works and 12 other paintings included in the show. Additionally, photographs with the same site subject as the paintings offer a comparison to what Monet would have seen during his visits to Étretat.

The paintings themselves range from the subjects of the rock formations at Étretat to fishing boats on the shore. For Monet’s works in particular, the weather is a heavy influence. His paintings show days of sun and others of rough seas preventing boats from leaving the shore.

Monet’s 1885 work, “Fishing Boats at Étretat,” is the only one of his works in the SAM’s collection, thus the exhibition is centred around this piece.

“When you see these paintings and work like this, where he's trying to conjure the violence of the sea, it's almost like low relief sculpture,” Ishikawa said. “There's a real texture and palpability of paint on the surface of the painting.”

The paintings vary in detail, with some photo-like, and others with parts of raw canvas coming through.

“Impressionists had a reputation for creating works that were sloppy and slapdash, maybe Monet more than anybody else,” Ishikawa said. “In this gallery, when you walk through, you'll be able to look around and see all different kinds of painting.”

Another theme discussed in this exhibit is this question of “finish” as it pertains to Monet’s works. Monet’s work was usually not fully complete after his time painting on site; rather, he would begin the paintings with a plan to complete them at his studio.

In the second gallery, the exhibit dives into the painting process of the works, outlining the use of paints and offering a closer look at the physically demanding aspect of Monet’s plein air painting method by showing the tools that enabled him to visit the sites.

“It's not so much a conservation story,” Nicholas Dorman, the SAM’s Jane Lang Davis chief conservator, said. “There was a little bit of conservation treatment in the run-up to the show, [but] it's more of a story about artistic practice. This was such an interesting time in the mid-19th century, as industrial advances enabled artists to work in new ways. What we wanted to do was to highlight those changes, the changes associated with a form of industrialization and modernity.”

This part of the exhibit gives visitors direction regarding what to focus on when looking at the paintings, including information on the tools of the time and the methods behind the colors.

“We tend to think of somebody like Monet as successful all his life,” Ishikawa said. “But with a career of that many years and of that many different concerns, decade by decade, it's very interesting to me to think more about the kind of struggles that he had and the way that he had to work out these problems on his own, which he does. So it's a small but very focused exhibition.”