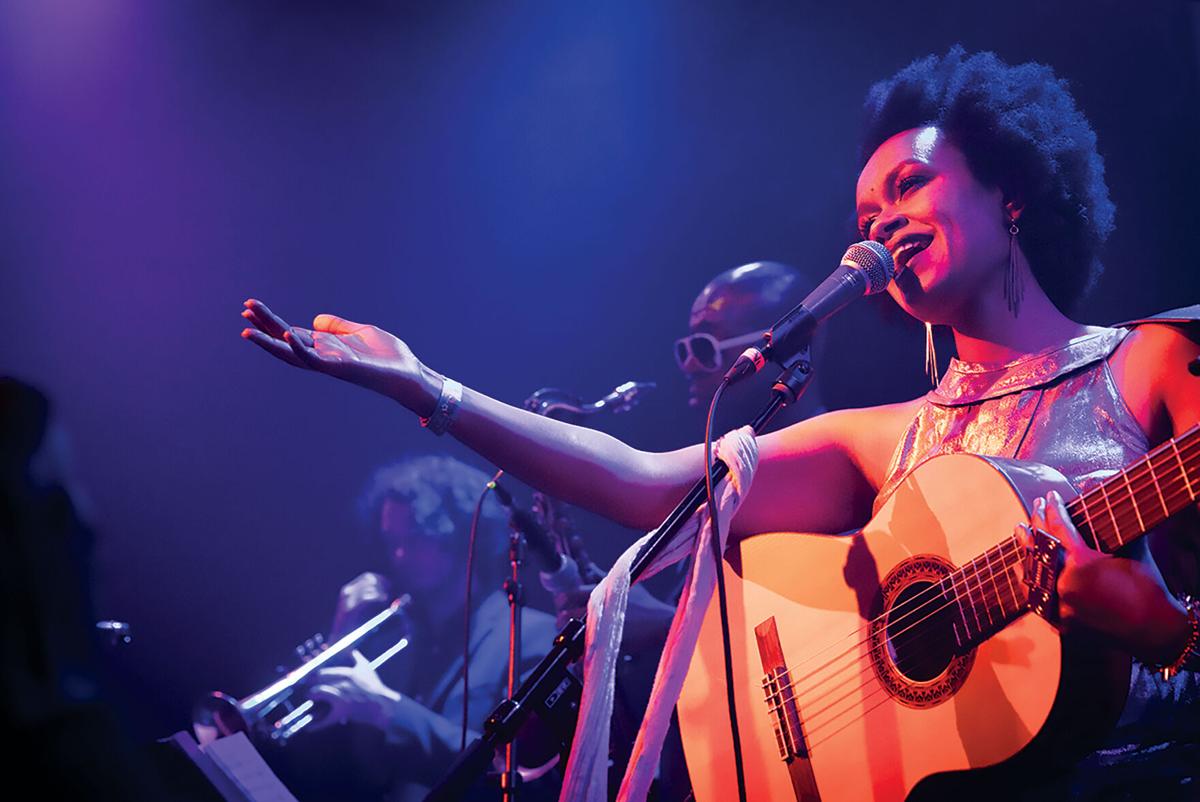 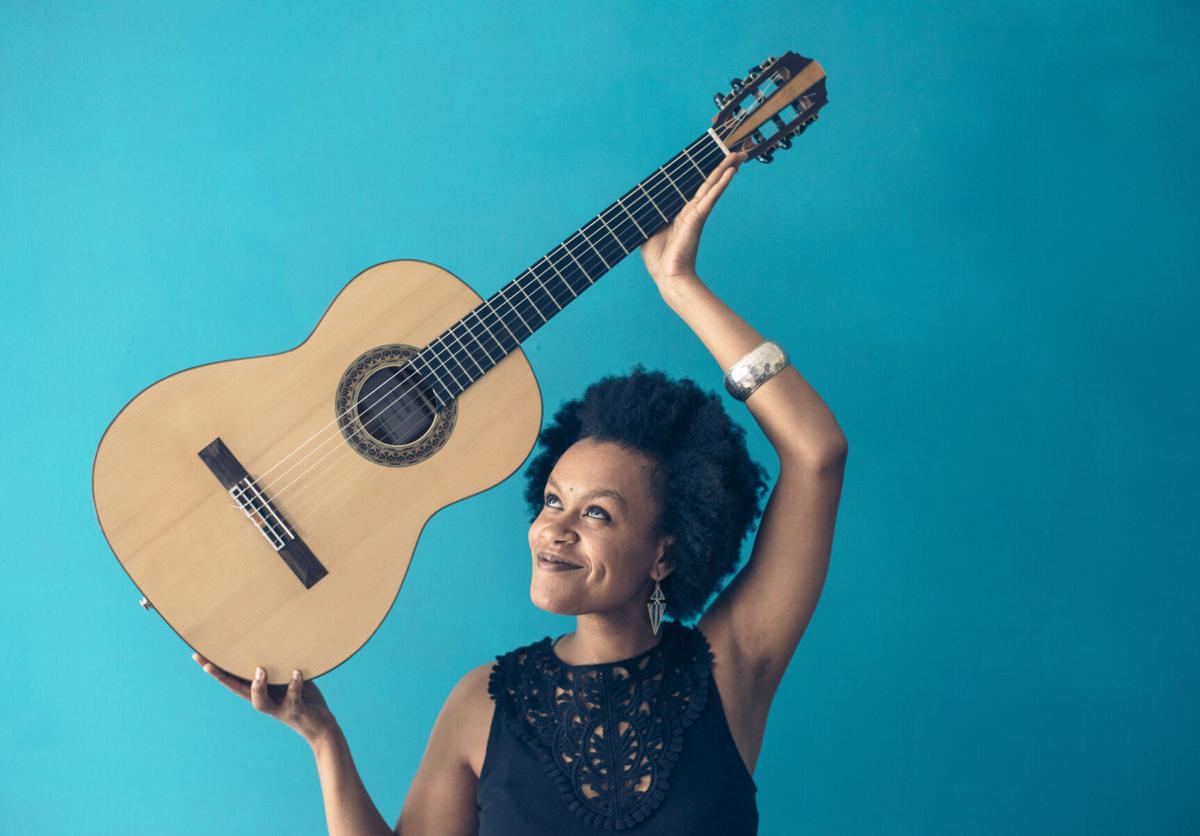 Ethiopian-American singer-songwriter Meklit Hadero’s joy is infectious. Listeners are enveloped in her warmth, even with the barrier of an electronic screen, and can’t help but feel a sense of peace while she talks and sings. Meklit invites us into her culture, and we never feel like an outsider. She is a natural storyteller who shared intimate cultural traditions in her Meany on Screen performance and lecture: “How Music Connects Us: Belonging, Wellbeing, and Sonic Lineage.”

Meklit’s art synthesizes jazz, folk, and East African inspirations. She is the co-founder of the Nile Project, which is described as an “initiative bringing together musicians from all 11 Nile Basin countries to create music together, to tour the river and source lakes, and tour the world.” “When the People Move, The Music Moves Too,” her most recent album, was at the top of the iTunes World Music Chart.

The multitalented artist and activist is also a National Geographic Explorer, a TED Fellow, and the chief of program at the Yerba Buena Center for the Arts in San Francisco, where she works to uplift BIPoC artists who in turn support the health and wellbeing of their communities.

Meklit is often placed in the category of “world music,” however, she explained in her lecture that this term can contribute to division and othering. She prefers to view the phrase as relating to “open-armed sense of curiosity,” listening, and learning. Meklit thinks of music as a “gift of life” and global connector.

“Every single culture in the world has music,” Meklit said during the lecture. “All music is world music.”

Meklit hoped to nourish listeners with “kitchen table songs” in her Meany on Screen performance, recorded from San Francisco at the vibrant Studio 124. The show began with “Abbay Mado,” an Amharic praise song that describes a farmer, his life on the Blue Nile River, and the nourishing food he brings to tables. When singing this folk song, Meklit said she is reminded of the millions of people who have sung it in the past. For her, the power of folk music comes from the many voices that are contained in one piece.

In her performance, Meklit serenaded listeners with “Yesterday is a Tizita,” an Ethiopian song form meaning “songs of nostalgia.” The tizita holds two meanings — yesterday is a memory, and the popular Beatles song “Yesterday,” which fits into the tizita genre. According to Meklit, double entendres are an important part of the poetry and traditions of Ethiopia.

“Kemekem (I Like your Afro)” is a traditional song from Northern Ethiopia. The phrase means freshly cut grass, but is also considered an idiom for the perfect afro, which Meklit described as the “stand tall” pride and swagger that comes from this hairstyle. In a piece from the performance, she sings: “Future is a woman // with her head held high // and an afro on her shoulders // reaching up for the sky // and the knowledge of her people // is filling up her mind // She understand manipulation // won’t fall for it this time.”

The musician also gushed about the story behind her krar (Ethiopian harp), given to her by Dawit Seyoum, who toured with Meklit for the Nile Project.

“It feels like a living being,” Meklit said. “It reacts to the temperature, and the air quality, and the room, and it tells me its moods, and it tells me how it’s feeling, and how exactly it needs to be played that day.”

Traditional instruments, which are handmade, are magical. There is a specificity in which instrument you choose — each krar has its own personality. Meklit said she sees this as a metaphor for having to become connected with a specific soul in order to touch something universal.

Meklit noted that researchers are finding out how music brings us together. A study published in the Journal of Cognitive Science found that after people listened to rhythmic music together, they performed coordinated tasks better than control groups did. With the help of music, the participants improved at sensing what was happening with their peers.

Meklit also cited a Swedish study that shows that when people sing together, their heartbeats synchronize, in part because they are all breathing together as one entity. Music is “who we are,” Meklit said. She then discussed an MIT study which had participants listen to 150 sounds of all kinds. Per the study, there are six sets of neural clusters that process sound, but one set of neural clusters responds only to music. Meklit interprets these findings as people being “hardwired” for music.

Meklit expressed in her lecture that she would love to see applications of these findings in our everyday lives.

“Why can’t we play songs at the start of Zoom meetings that everyone in the call knows … imagine if everyone was singing from their respective computer screens before a meeting starts,” Meklit said. “What if we could attune better to each other?”

Currently, Meklit is working on a new project in her capacity as a Mellon Creative Research Fellow. In collaboration with the Meany Center, “Movement” is designed as a live concert experience, with storytelling and multimedia aspects “creating a meditation on what it means to be American,” according to the Meany Center website.