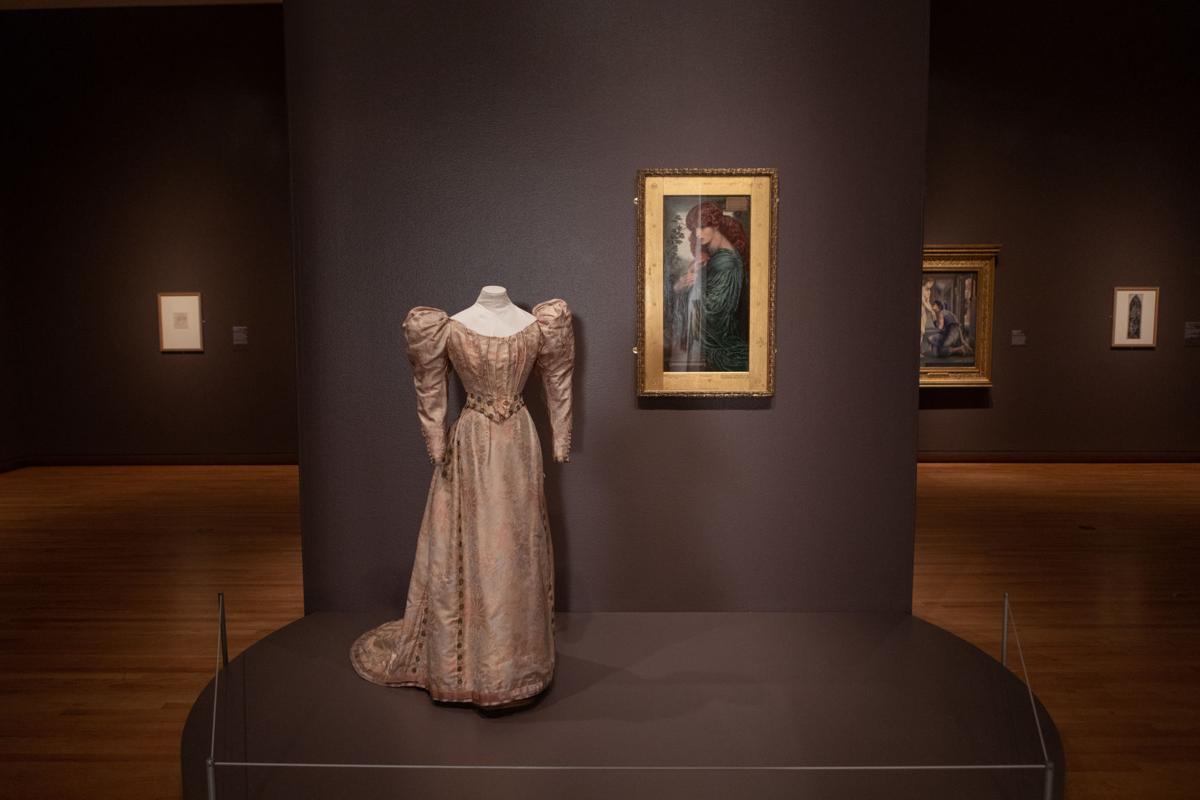 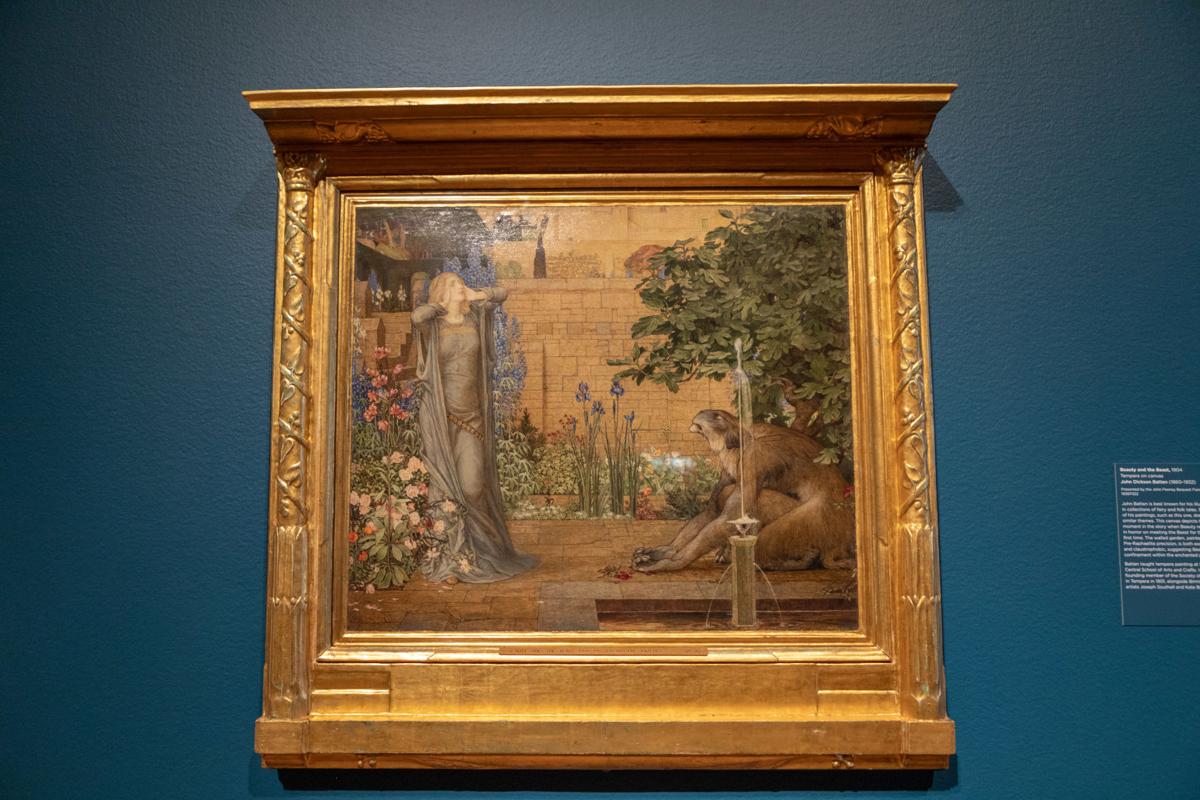 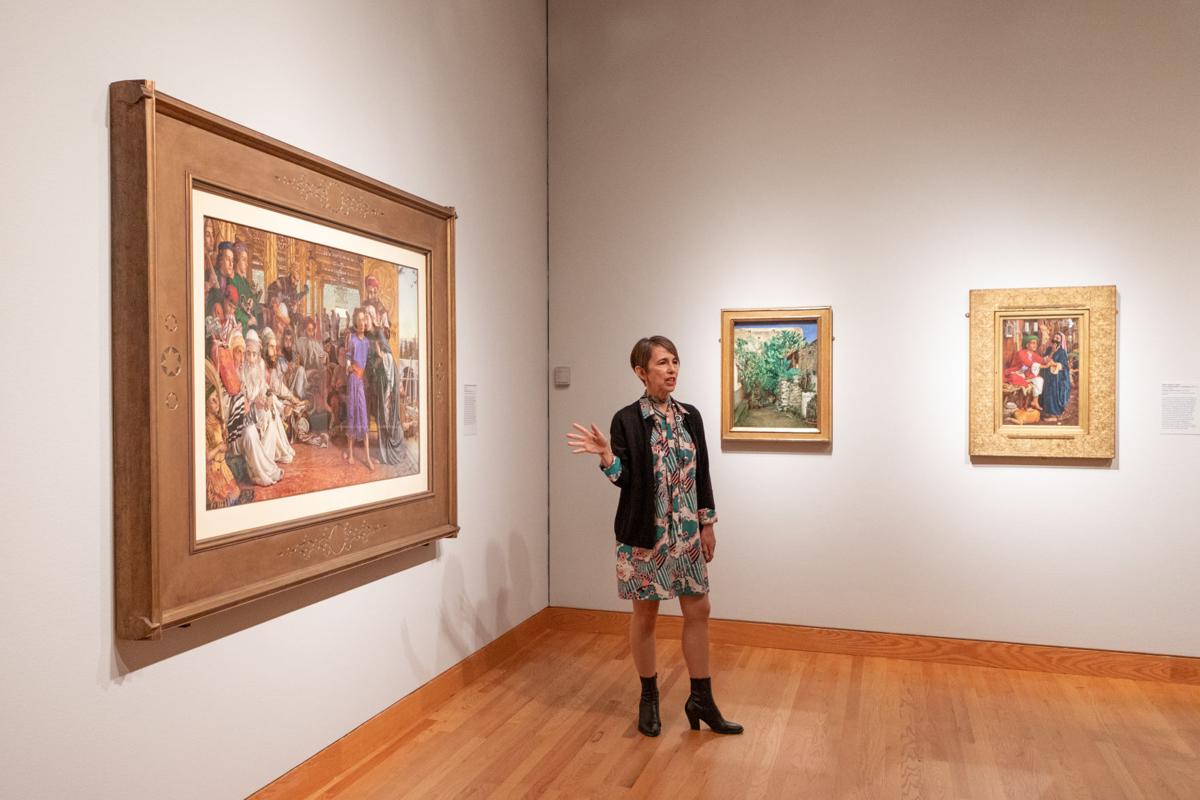 Dr. Chiyo Ishikawa, SAM’s Susan Brotman Deputy Director for Art and Curator of European Painting and Sculpture, leads a tour to highlight some of the 150 works in the exhibition.

The Pre-Raphaelite Brotherhood (PRB) is spending the summer in Seattle — along with a slew of painting, drawing, and decorative arts from 19th century Britain in the Seattle Art Museum’s (SAM) “Victorian Radicals: From The Pre-Raphaelites to The Arts and Crafts Movement.”

As of June 13, the SAM is showing 150 works from a peculiar chapter in British painting in which a group of young artists — 19 to 23-years-old at the start of their careers — rebelled against the industrializing world of Victorian England and reverted their craft to emulate the aesthetic of medieval/early-Renaissance painting that preceded Raphael (hence their self proclaimed “pre”-Raphaelite title).

This collection comes from the Birmingham Museum and features many works never before shown outside the United Kingdom. It includes paintings from PRB frontmen Sir John Everett Millais, William Holman Hunt, and Dante Gabriel Rossetti. Also included is the decorative art of William Morris and Edward Burne-Jones, among many others.

At a time when academic art yearned for an elevated portrayal of humanity, the PRB instead called upon the aesthetic of high medieval painting and strove to paint the noble, religious, and literary, not in classical or idealized forms, but with a hyper-realistic, humanly approach. In a time of major industry and urbanization — and with the keen influence of critic and artist John Ruskin — the pre-Raphaelites emphasized and glorified nature in their work, painting “en plein air” (painting outdoors) and with live models.

The exhibit most clearly shows this reversion to the real, nearly documentarian depiction of English life and labor in Ford Madox Brown’s painting “Work.” The painting illustrates a street filled with a cast of urban characters from various social classes, as the proletariat frontmen dig trenches for the city’s water pipes — their muscles bulge, their sweat gleams, and the energy of labor is ripe in the painting.

But the exhibition’s painted subjects go far beyond English labor, as the pre-Raphaelites and their predecessors more famously captured scenes from literature and myth. The exhibit displays images of “Beauty and The Beast,” of Pygmalion in “Metamorphoses,” and even a portrait of Bacchus.

In William Holman Hunt’s “Two Gentlemen of Verona,” Hunt takes what would have been a well known Shakespearean scene at the time and brings it into the realm of life-like representation. Painted in the natural setting of Knole Park, outside London, it captures nature and the pangs of love and loss in striking detail.

One particularly fascinating component of the exhibit displays painting and textile as complimentary pieces. In Arthur Hughes’ “The Long Engagement,” a bridegroom consoles his beloved as she waits eagerly for the financial stability to marry — a common anxiety in Victorian engagements. Her name engraved in the tree is now overgrown with ivy, a natural illustration of time passing over their love.

Displayed beside the painting stands a remarkable day dress made and worn during the period — similar to the dress in the accompanying painting — and serves as a tangible artifact of the period’s aesthetic.

Seattle will be the only West Coast stop for “Victorian Radicals,”and the city’s rising tech industry provides a fitting backdrop to parallel the industrial cities of 19th century Britain. In a time when people want more things, and want them faster and cheaper, the exhibit’s emphasis on handmade beauty and careful craftsmanship returns to the roots of material satisfaction.

The artistic agenda of the pre-Raphaelites that recalled the details of the past and influenced a movement of handmade arts and craft — textiles, stained glass, wallpaper, ceramics, type design, and letterpress printing — will also appear in UW Special Collections’ “The Quest for the Beautiful Book: William Morris & the Kelmscott Press,” curated by Sandra Kroupa, book arts and rare book curator. The exhibit will display the original work of William Morris, a prolific writer, artist, craftsman, and devotee to the PRB aesthetic — influenced by medieval manuscripts, historic architecture, and details in nature.

“Morris was a fascinating guy,” Kroupa said. “He wanted to go backwards in time, and figure out how things had been done traditionally. He felt that peoples’ lives should be surrounded by beautiful things, and like the pre-Raphaelites, he wanted to go back to nature to represent what he thought people needed in their lives.”

Kroupa’s exhibit will complement the pre-Raphaelites’ legacy of beauty seen in SAM’s “Victorian Radicals” and create a combined experience of this eccentric corner of art history.

The Seattle Art Museum’s Victorian Radicals runs through Sept. 8 and is $19.99 with a valid student ID.

UW Special Collections’ “The Quest for the Beautiful Book: William Morris & the Kelmscott Press” runs from July 8 through Oct. 25 in Allen Library South — admission is free.