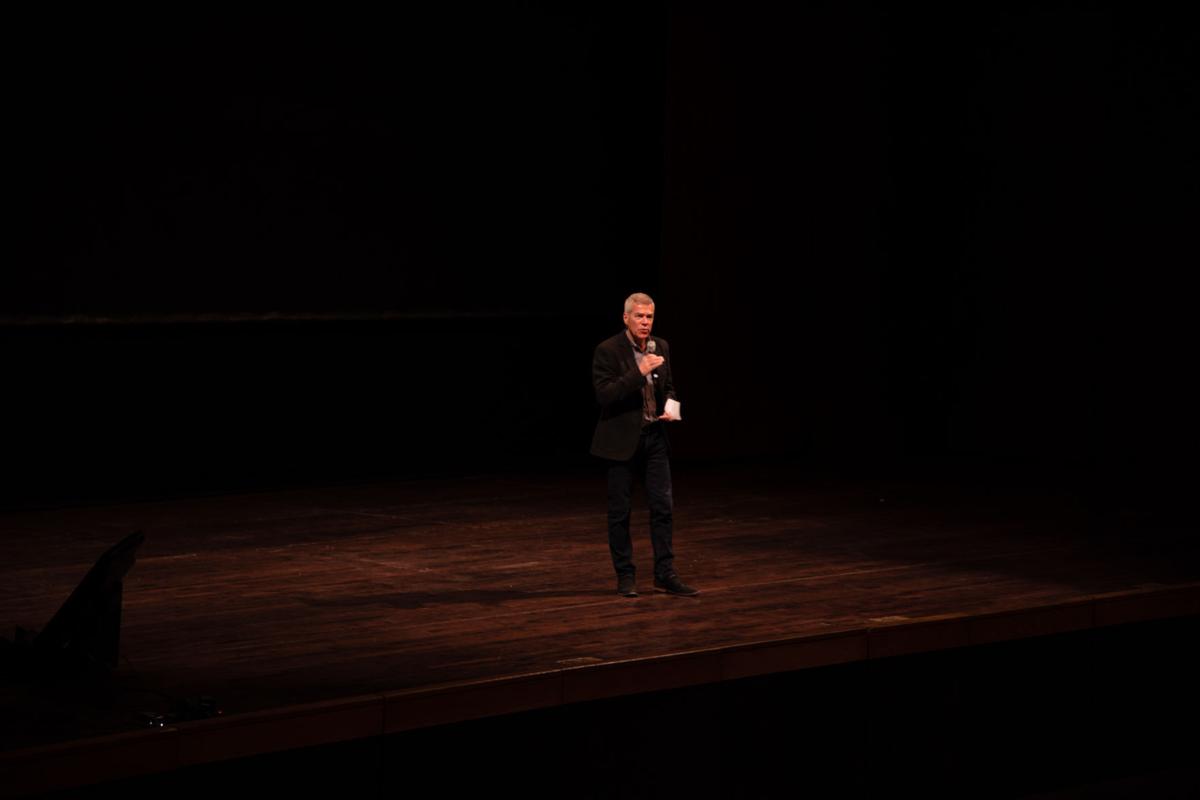 Donald Greig speaks to the audience before a screening of "The Passion of Joan of Arc." Greig is a baritone for the Orlando Consort from Great Britain. 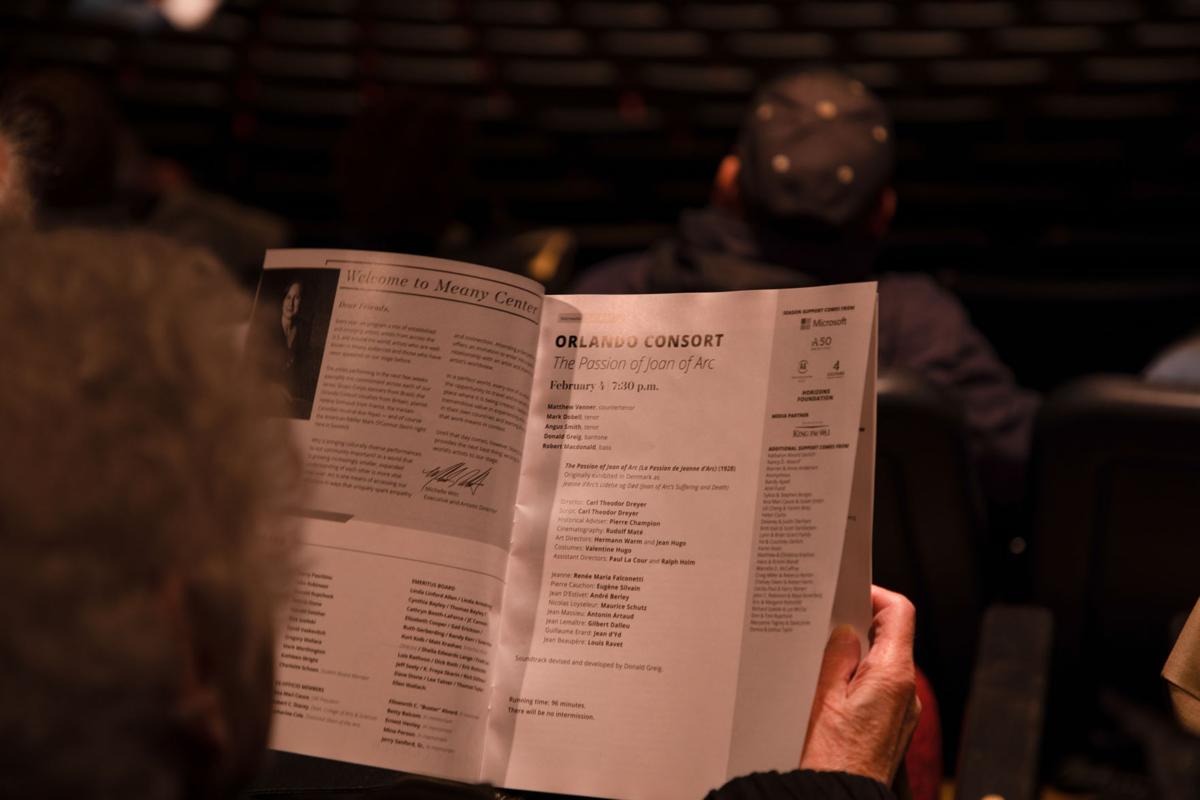 The Meany Center for Performing Arts hosted a screening of the silent film Feb. 4 alongside a new live score by the vocal ensemble Orlando Consort from Great Britain, described in the program as “one of Europe’s most expert and consistently challenging groups.”

It is a tragedy that around 90% of silent-era films have been lost forever, some of which have literally gone up in flames. Nitrate film, the industry-standard during the silent-era (roughly 1912-1929), is extremely flammable, difficult to maintain, and unreliable. Certain cinema classics, some of the most revered films of their time, will never be seen by modern eyes.

One of these supposedly “lost” classics was the director’s cut of Carl Theodor Dreyer’s 1928 silent film, “The Passion of Joan of Arc.” The original reel was destroyed in a fire, only leaving altered, mangled cuts of the masterpiece. But, over 50 years after its release, an original print was found in a mental institution in Oslo, Norway.

Since the film’s rediscovery, it has been consistently hailed as one of the true cinema masterworks. Released right at the end of the silent-era, the movie revolves around the trial of the iconic French historical figure, Jeanne d’Arc, as she is brutally pressured by preachers and clergymen to deny her claim that she is the daughter of God.

The Meany Center for Performing Arts hosted a screening of the silent film Feb. 4 alongside a new live score by the vocal ensemble Orlando Consort from Great Britain, described in the program as “one of Europe’s most expert and consistently challenging groups” performing music from the 11th to 16th centuries.

Donald Greig, the member of the Orlando Consort who devised this project, spoke before the screening and explained the ensemble’s intentions for their new score. All of the music they created for the film is of the period the story takes place, the 15th century, and their goal with the score was to “fill in the voices you don’t hear.”

“Silent cinema is a bit of a misnomer, as they almost always played with musical accompaniment,” Greig said. “Our purpose is to enhance the film, add another layer. It is not a music event with a film, it is a film event with live music.”

As the lights dimmed, with only a small light on the five members of the Consort in order for them to read their sheets, the film began and silenced the large hall. Jeanne d’Arc is played by Renée Maria Falconetti in a performance that is so rapturous, one wonders why anyone even attempted to act again. Much of the film’s power comes from the intense, close-up shots of individuals’ faces. What Falconetti is able to achieve with her expression is astounding: repression, strength, faith. Falconetti’s face has become synonymous with cinema.

The first time I saw “The Passion of Joan of Arc” was without any sound on my laptop in high school. Seeing it at the Meany Center was, consequently, a completely unique cinematic experience. The score crafted by the Orlando Consort elevated the events upon the screen, as one felt these were the sounds that the characters would have been hearing in that era themselves. What I appreciated most about their score, however, was that they were not hesitant at times to revel in silence, allowing the faces to work their magic.

As the film ended and the screen faded to black, the Orlando Consort continued to sing for a few minutes, which allowed the audience the regain their strength after the emotionally destructive ending. (If you’re not a history buff, let’s just say things don’t end elegantly in Jeanne d’Arc’s life.) As the music ended, the audience lept to applaud.

“The Passion of Joan of Arc” is art of the highest order. As you watch it, you feel confident that it will be revered and adored forever. Thankfully, we no longer have to worry about the reels igniting into disappearance.