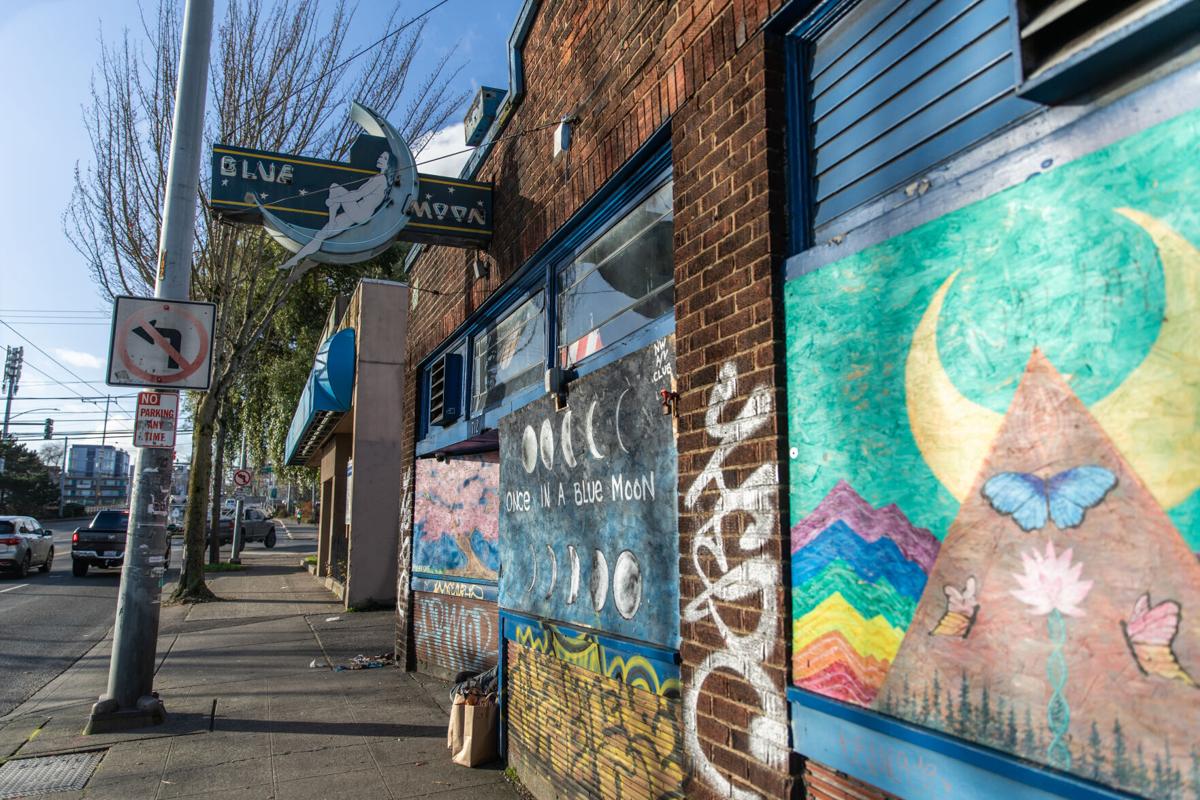 Graffiti blends with murals on the front side of the Blue Moon Tavern building as cars pass by on a Friday afternoon. 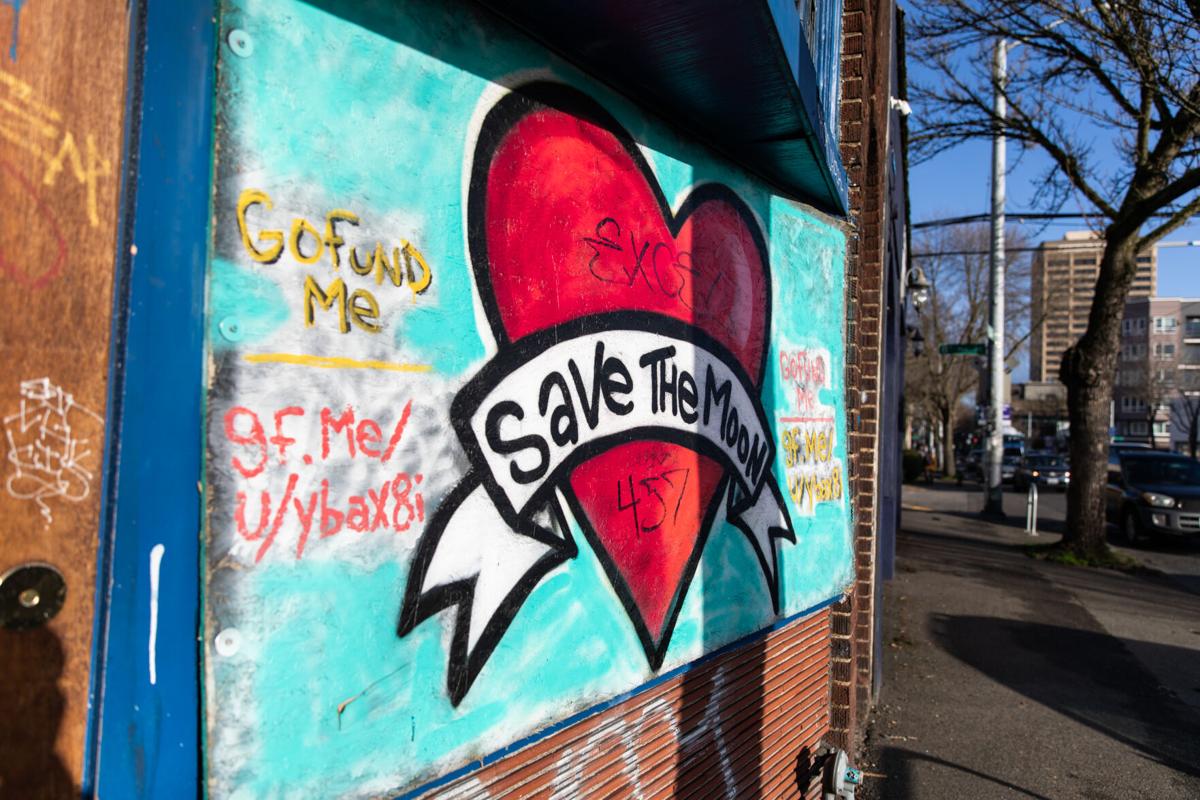 A mural on the outside of Blue Moon Tavern lists a link to an online fundraiser to save the eclectic and historic U-District business. 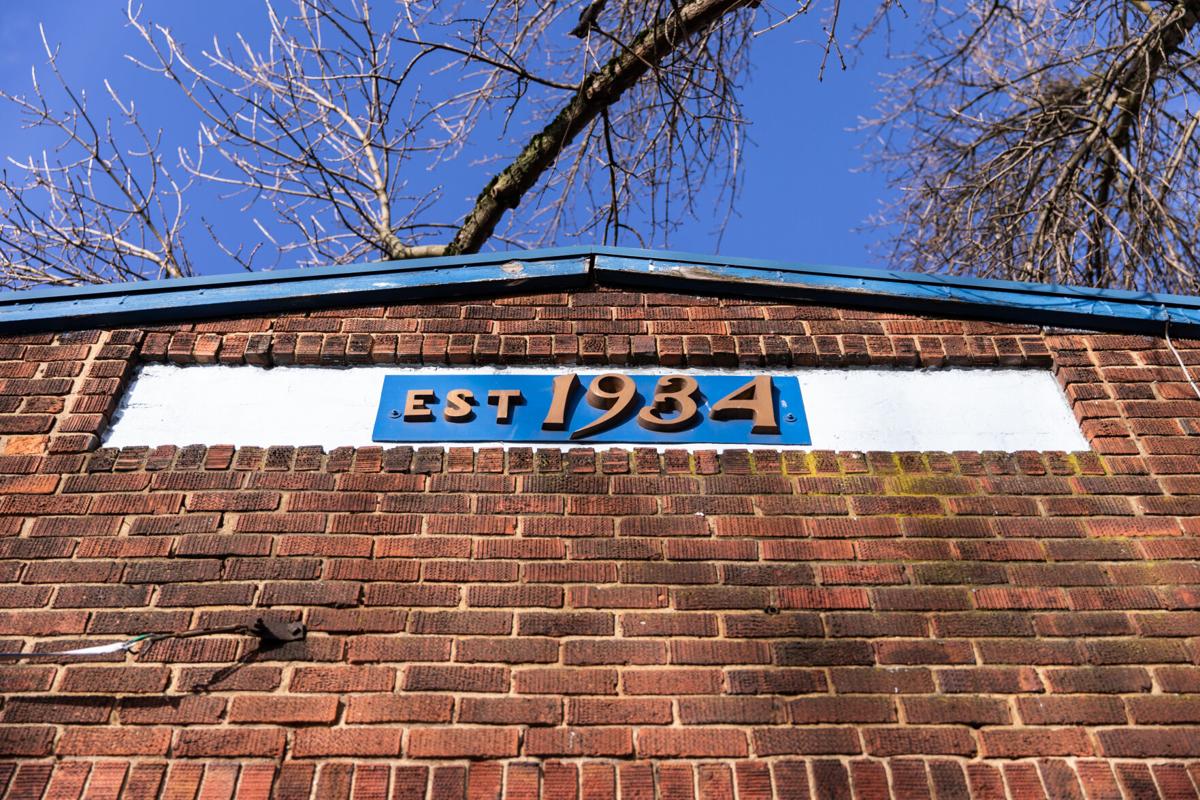 April 15 will mark the 87th anniversary of the founding of Seattle’s Blue Moon Tavern, at 712 NE 45th St. The longevity and history of the tavern itself is worth celebrating, and the story of its resilience — and the cultural narrative of what is at stake — underpins its very existence in today’s Seattle.

Emma Hellthaler, the proprietor of the Blue Moon, is no stranger to the imminence of annihilation or the perpetually shifting landscape which has been challenging like-minded small-business owners across Seattle for decades. Nonetheless, this decade has turned even the most remediable headaches of owning a business into suddenly insurmountable crises.

Last month, Seattle Times food writer Tan Vinh wrote an article about Seattle restaurant and bar closures during the pandemic. Let this be a celebration of the fact that the Blue Moon — easily one of the U-District’s most storied bars — isn’t one of these casualties.

To be clear, as a quick search on Google Maps will verify, the doors of the tavern have been closed since Washington Gov. Jay Inslee gave the initial order nearly a year ago, but its spirit remains very much alive.

This Tuesday, Jan. 19, at 9 p.m., PBS (KCTS 9 in Seattle) will air the third installment of its “American Portrait” series — described in a press release as the “most ambitious” multiplatform, crowdsourced “storytelling project” in the organization’s history. The episode, titled “I Keep,” features Hellthaler as she relates the history of the embattled but tenacious Blue Moon.

The Blue Moon is “a place where everybody could hang out — all walks of life,” Hellthaler remarks during a segment in which she gives a tour of the bar. This quip is indicative of the series’ message of perseverance and the preservation of our culturally important places and traditions.

“We’re definitely getting to a point in our country where we’re losing the best parts of our history,” Hellthaler said in an interview. “The places where people have grown, and loved, and fought for equality and rights — those are the places. That’s the history that we need to hold onto and showcase and highlight, because that’s the world that we need to be born into.”

Through Hellthaler’s efforts, the Blue Moon is a living embodiment of Seattleite resilience, and certainly a beacon of all of these characteristics intrinsic to our city that are worth showcasing for the world to see.

“The Blue Moon itself is a place of growth and of acceptance,” Hellthaler said. “I think that’s what the world needs, and Seattle.”

The production company behind “American Portrait” approached Hellthaler through the GoFundMe “Save the Blue Moon,” which is now nearly three-quarters of the way to its $40,000 goal.

These funds will merely facilitate the survival of the tavern — money that will go toward paying the overdue rent and keeping the lights on — but it doesn’t acknowledge the hours of sweat and tears Hellthaler herself has been pouring into the bar since taking ownership from her father in October 2016.

A love for the bar runs deep in the Hellthaler family. After all, the bar is the primary setting for their collective narrative — just as it is for dozens of other local residents, who speak of their appreciation for the tavern in the episode.

As Walt Crowley writes in a HistoryLink essay, the Blue Moon “welcomed an assortment of radicals, artists, writers, journalists, beatniks, hippies, and wannabes” during the 1950s and ’60s. The fabled list of regulars includes the poets Theodore Roethke, Richard Hugo, Carolyn Kizer, Stanley Kunitz, and David Wagoner, among others.

The Blue Moon endured perpetual uncertainty through May 1990, when the bar was finally able to secure its lease through 2034 — which, “barring disaster,” as Crowley wrote with a now-eerie prescience, “will mark the centennial of its founding.”

This year has been nothing if not a Crowley-predicted disaster for restaurateurs and tavern owners across Seattle and throughout the country. And yet, the fight continues for the history and soul of Seattle, as embodied in places like the Blue Moon.

To see and hear more about the struggle to keep the legacy of this tavern alive, tune in to PBS tonight at 9 p.m. To be part of the story of its survival, visit the GoFundMe page.

For those here in the U-District,to celebrate the tavern’s continuance and help usher in a new era of regulars and wannabes, follow @bluemoonseattle on Instagram.

The grand opening of a coffee bar, already in a “soft-launch” phase and “intended to serve the essential workers and the houseless community of the area,” Helthaller said, will commemorate the Blue Moon’s 87th anniversary on April 15.