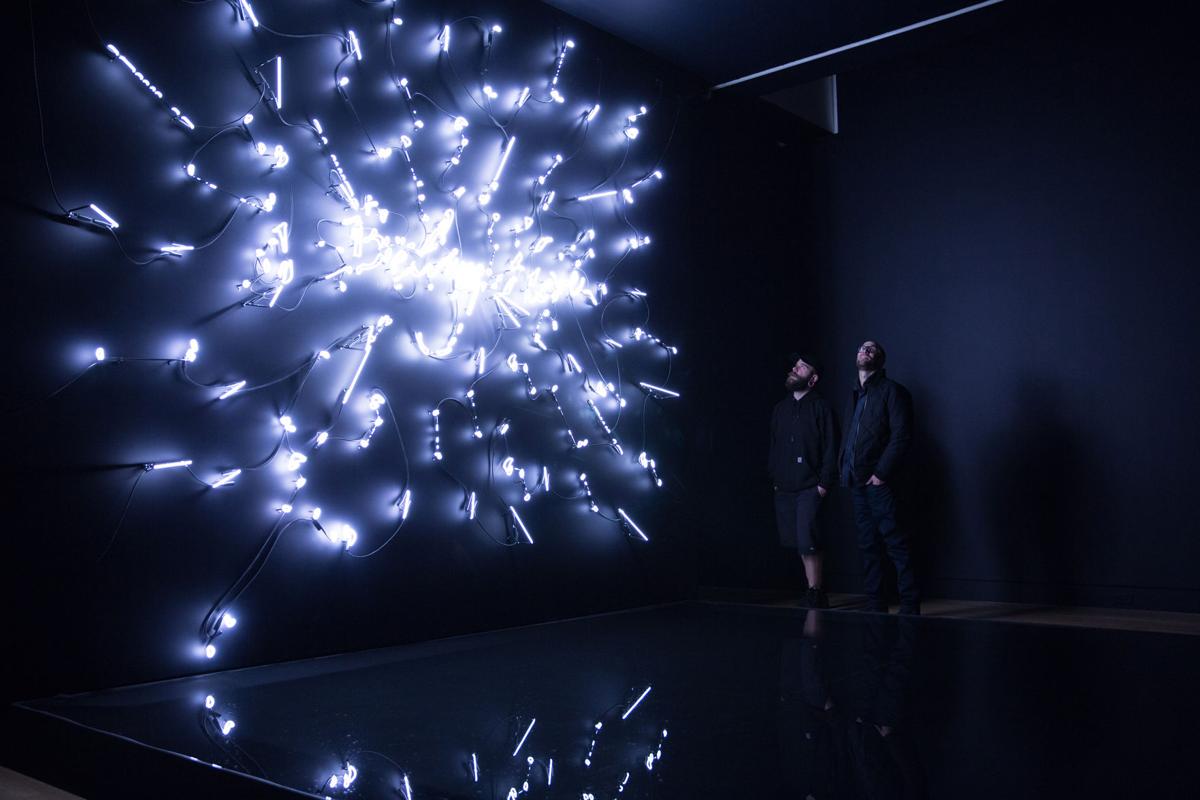 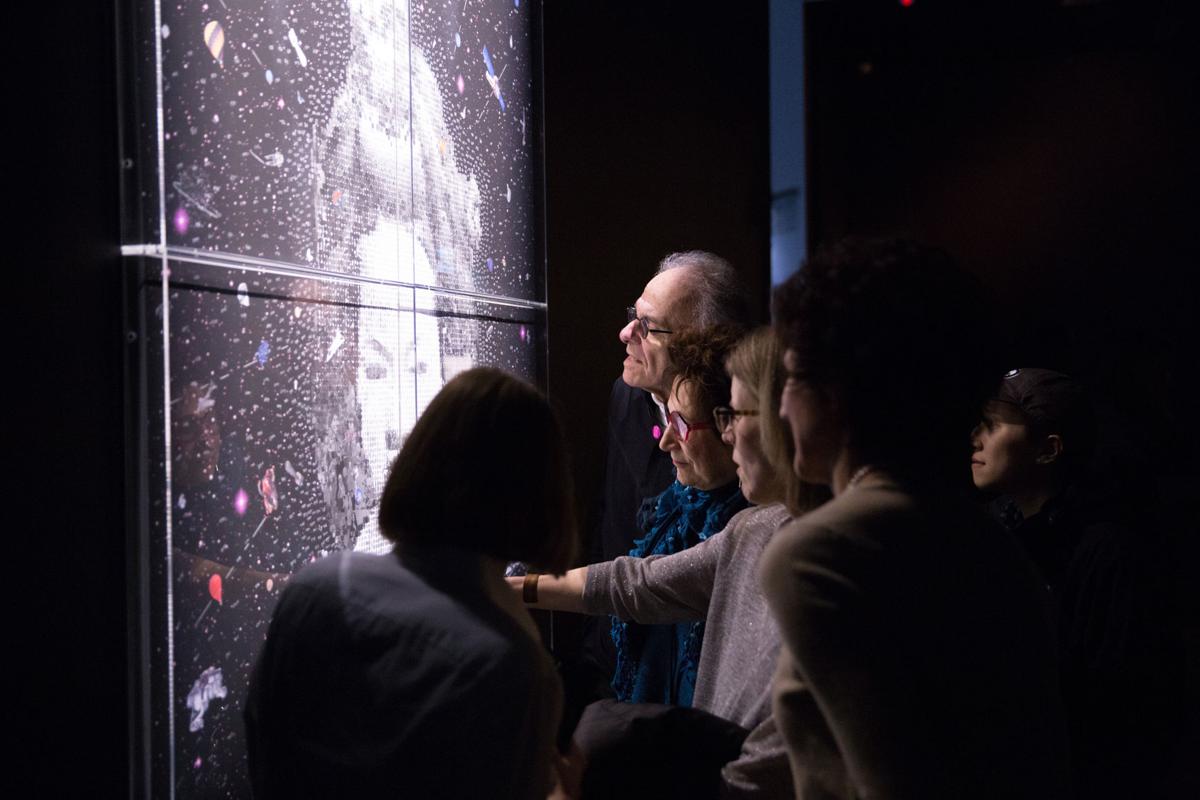 Visitors examine one of a series of collaged portraits at the exhibit.

Visitors examine one of a series of collaged portraits at the exhibit.

Tavares Strachan, a conceptual artist from the Bahamas recently had his work put on display at the Frye Art Museum to showcase his new works, in an exhibit called, “Always, Sometimes, Never.” He is currently based in New York and this is his first show in Seattle.

The exhibit expressed Strachan’s ability to work with many mediums. He focuses on the nature of invisibility, aiming to legitimize and obscure cultural histories and knowledge while also examining the relationship between art, science, and the environment.

Strachan included reflecting pools in some of the rooms to not only alter how we view the piece but to also pay tribute to Seattle and how rainfall and waterways have shaped our city geographically and culturally.

The exhibit began with the pieces titled “A Children’s History of Invisibility.” Strachan modeled the pieces after the Encyclopaedia Britannica, aiming to express the overlooked figures, objects, languages, and narratives in Western culture. There is a piece dedicated to every letter in the English alphabet, with each serving a unique purpose of bringing attention to the unknown.

The pieces for each letter are extremely unique and informative, delivering a history lesson within a piece of art.

The next room was dedicated to three pieces placed around a reflecting pool, making up the “Constellation Series” were “Queen Min,” “Butch Morris,” “Tenzing Norgay.”

Each piece is a portrait collage of an underrepresented person who made an impact on their society. In the gallery notes it describes how when creating these pieces, Strachan “gather[ed] thousands of clippings and illustrations related to the subjects environment and time period.”

These hauntingly beautiful pieces are extremely detailed while also informative. Many influential people were portrayed in the portraits, including Martin Luther King Jr., Bob Dylan, Jesse Jackson, and Rosa Parks.

The next display showcased two of his older pieces “Us, We, Them” and “I Belong Here.” These are neon sculptures that hang above a reflection pool. Every few minutes a drop of water splashes, causing a ripple through the image.

The gallery notes mention how the pools “enhance and distort each piece, complicating viewers’ ability to see and discern.”

Seeing the reflection of the neon words combined with the dripping water helped Strachan achieve his goal: to add a deeper meaning to how reality is understood and perceived.

The final piece is the “Seated Panchen Lama” meant to represent the cardiovascular system of the young boy who was declared the next Panchen Lama, a spiritual figure similar to the Dalai Lama.

Many of Strachan’s works have been inspired by the story of a young boy who was deemed the next Panchen Lama only to then be put into protective custody by Chinese authorities and never seen again.

The sculpture is both lovely and disconcerting. Strachan used hand-blown glass, mineral oil, and Plexiglass to create his sculpture. By shining light through it you begin to see the slightest image of a young boy sitting within it.

The gallery notes describe the piece perfectly: “Through its delicate transparency, the sculpture evokes the invisibility of the figure it depicts.”

Once again, Strachan toys with invisibility and perception, urging us to imagine what lies beyond.

His artwork achieves the profound sense of what is and isn’t reality while also trying to teach us who and what we have overlooked as a society.