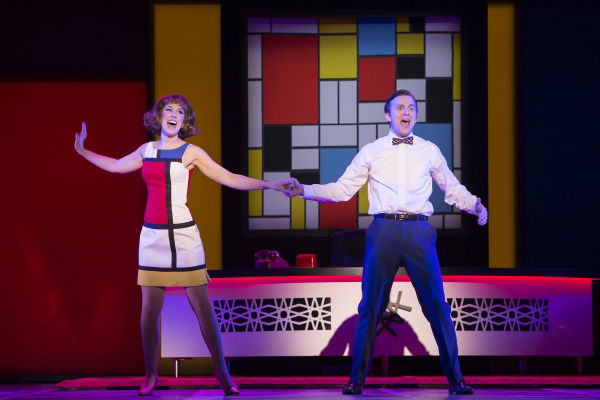 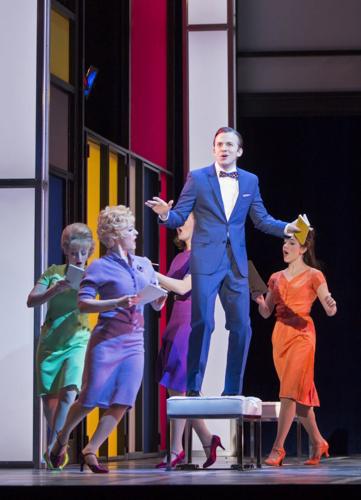 “How to Succeed in Business Without Really Trying” was written by Shepherd Mead as a satire on the famous “how to” books in the ’50s. Almost 10 years after the release of this guide, composer Frank Loesser and writers Abe Burrows, Jack Weinstock, and Willie Gilbert released their even wittier and even more satirical, award-winning musical adaptation. Now, the 5th Avenue Theatre brings “How to Succeed” to Seattle for the first time on its stage.

The musical revolves around J. Pierrepont Finch on his journey from window washer to corporate bigwig with the help of an instructional guide to success. With advice from how to apply for a job all the way to how to sit down at a desk, Finch climbs to the top, but not without a few hiccups along the way.

An uproarious comedy, “How to Succeed” will have you laughing all night. Using subtle cues and quick-witted one-liners, the show takes the simplicity of corporate mundanity and turns it into a complete mockery.

The work of the actors and actresses helped to lead this theme of satire throughout the show. Eric Ankrim, 5th Ave veteran actor, plays Finch. Optimism is written into the part, but Ankrim is able to add a cocky anticipation to the character’s story, making his accidental successes seem all the more ridiculous.

His romantic chemistry with love interest Rosemary Pilkington (Sarah Rose Davis) is lacking, but this isn’t necessarily a bad thing. The running joke and even a musical number explains how Finch is too busy with his work for Rosemary and how she is “Happy to Keep His Dinner Warm” even while she is ignored, making this lack of connection almost fitting.

Ankrim, Davis, and the rest of the cast are no doubt excellent singers, dancers, and performers, but they are greatly shadowed by Adam Standley’s portrayal of Bud Frump, son of the company’s owner, J.B. Biggley (Allen Fitzpatrick). Standley makes his 5th Ave debut with this production, and has quickly grabbed the spotlight. He plays the perfect lazy, procrastinator who can barely hold down a job in the mail room. His slouched, lackadaisical gait combined with his other simpleton mannerisms make him a stand-out laugh.

From any musical number to the next, the choreography stood out in the best way. Choreographer Bob Richard’s work has been seen on Broadway as well as multiple other 5th Ave productions, and this time it seems he has pulled out all of the stops. With apparent inspiration from Bob Fosse, Richard combines dance styles such as tap, burlesque, and jazz.

Very showy and fun, the cast made the stage their playground. The most memorable piece of choreography was in “Coffee Break.” Instead of traditional dancing, the cast became rigid, twitching zombies without their fix of coffee. The stage is used at its full capacity, leaving no space unused by the dancers.

The set in this production was extremely eye-catching and flowed between scenes very well. With colors and designs inspired by Piet Mondrian’s work, such as “Composition with Red, Yellow, and Blue,” the stage looked like one big piece of art. The set pieces moved in and out smoothly and quietly between scenes, completing a fully immersive world that draws the audience’s eyes away from the ornate, Chinese style architecture of the theater’s interior toward the pop art influenced set.

“How to Succeed” may have been based around the corporate relations in the ’60s, but it is not that hard to find the same set of characters in today’s business world. With hundreds of laughs in store, you can’t leave without a smile on your face.

The show is playing now until Feb. 21 at the 5th Avenue Theatre and tickets start at $31. Get them while you can.

The verdict: "How to Succeed" is a work of visual, lyrical, and satirical genius that's not to be missed.