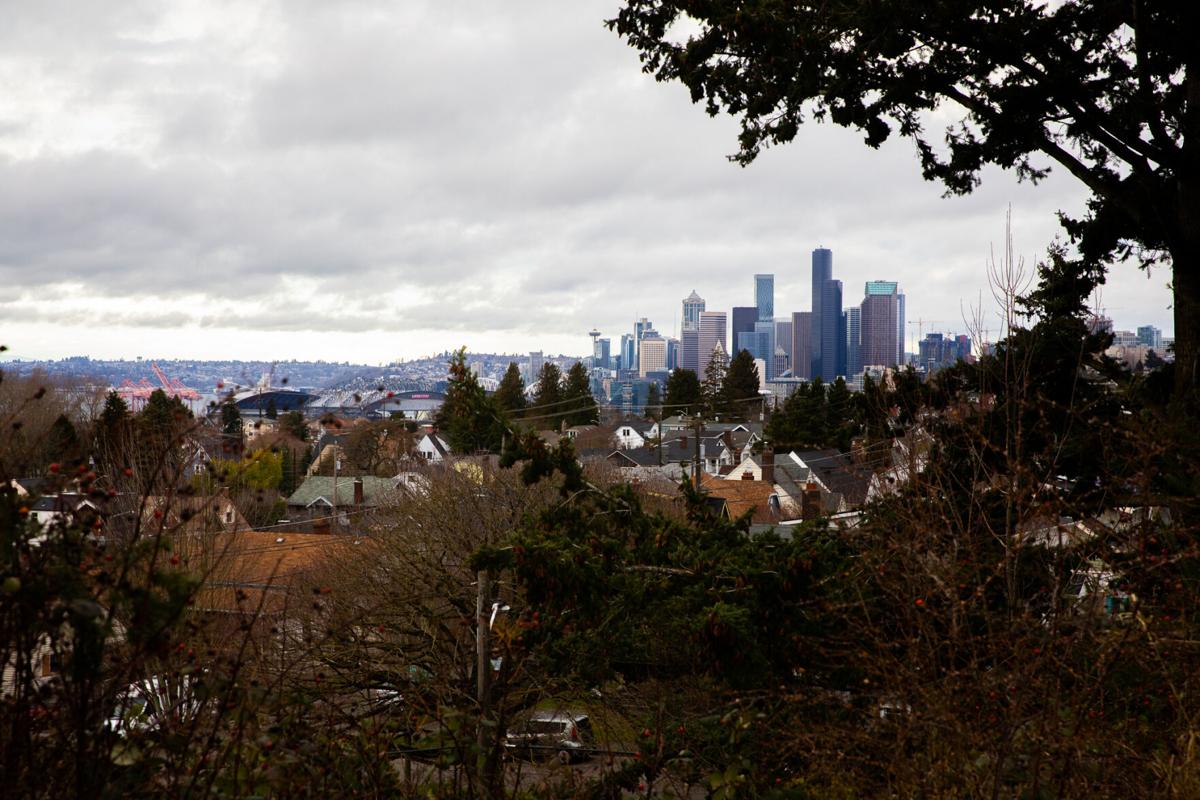 Jefferson Park in Beacon Hill offers a sweeping view of the Seattle skyline, as well as a skate park, driving range, and other amenities. 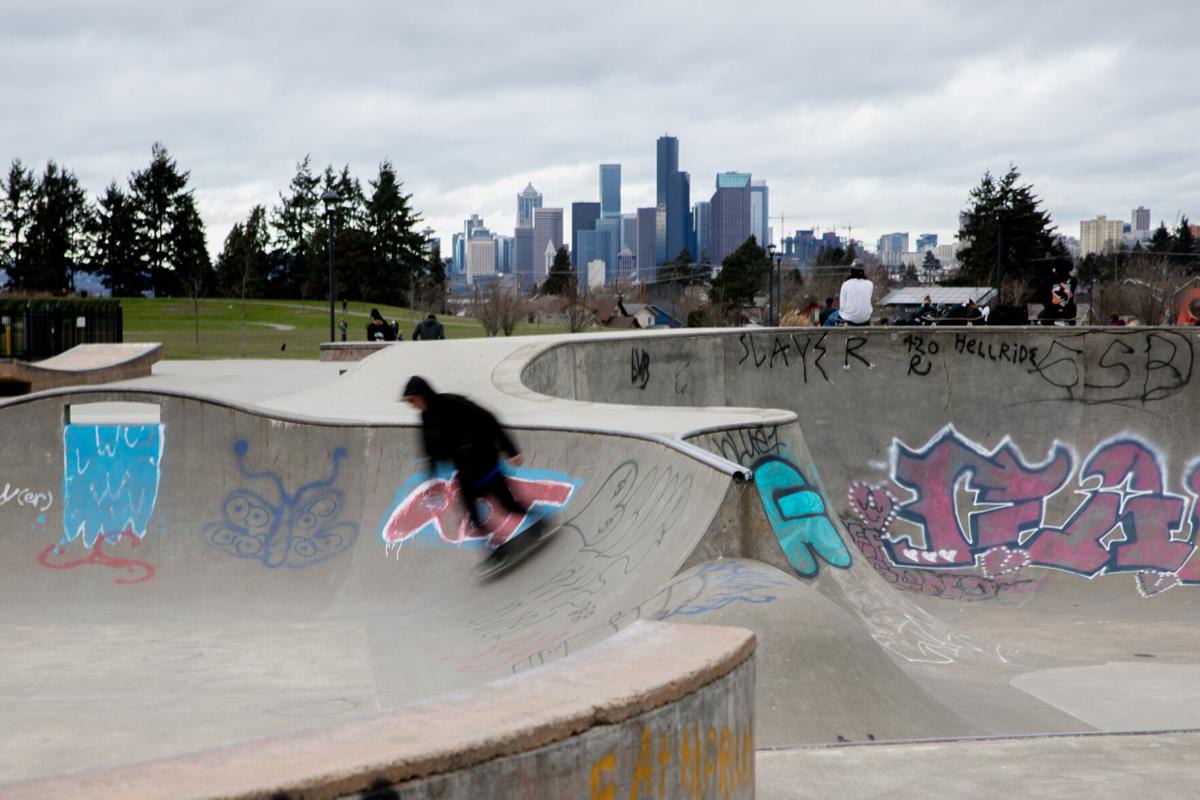 A skateboarder heads down a skate ramp at Jefferson Park with the Seattle skyline in the background on February 21, 2021. 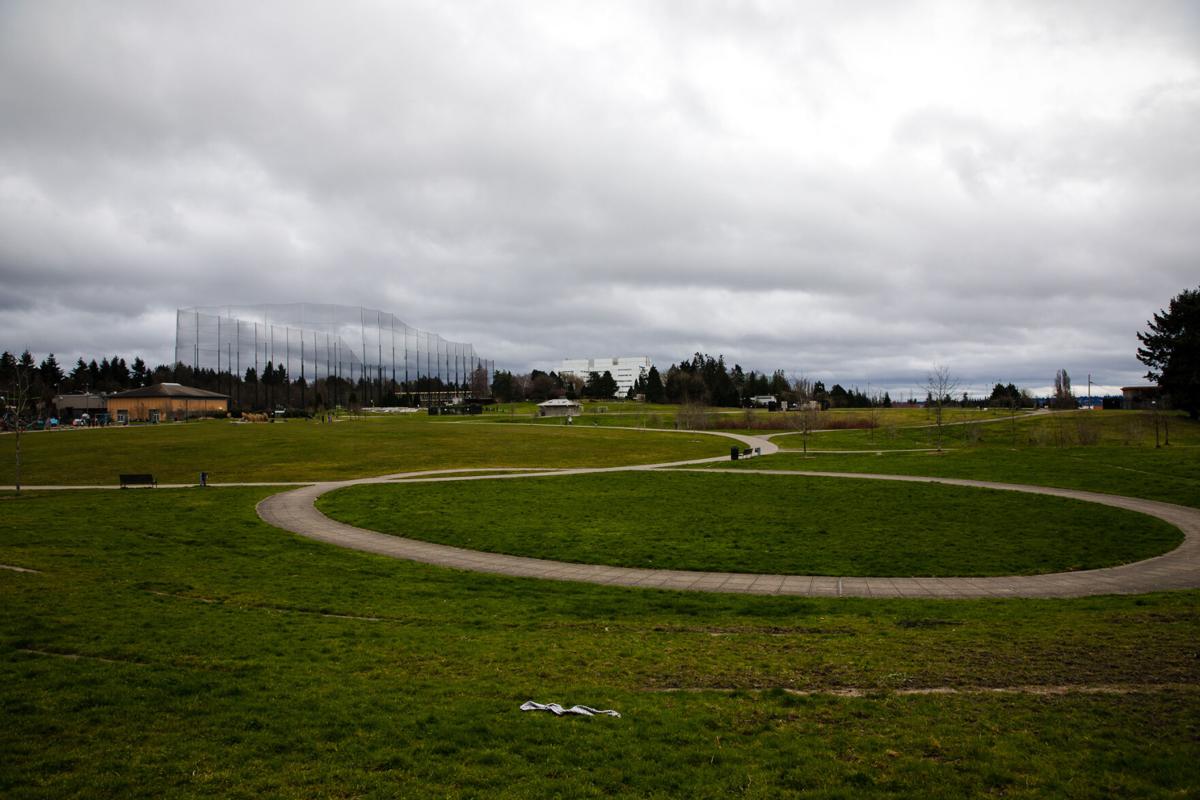 Small drifts of snow can still be seen here and there across the Puget Sound region this week as we emerge from a deep, weather-induced hibernation, which has added to the ceaseless feelings of resignation brought on by the pandemic. There were brief but beautiful sunbreaks this past week, which betrayed the breaking grey of winter and signaled that spring is on the horizon.

Rising from the slumped ease of our collective jadedness, I’m filled with the (potentially naive) conviction that the future is full of hope, as I cling to a spirit of rediscovery in pursuit of a new equilibrium. The spirit of rediscovery is alive and well here in Seattle, and there are few places more indicative of this than Jefferson Park atop Beacon Hill.

Beacon Hill Park, as it was originally called (though it is now named for the third U.S. President), is filled with the pleasant hum of life and is an integral part of its surrounding community.

On a recent, partly-cloudy Saturday morning, visitors were spreading out and taking full advantage of the park’s 52.4 open acres. From its skatepark, to its “food forest” gardens, to its “Beacon Mountain” playground, and the meandering Olmsted-designed path system leading to what seems like the highest point in the city, the groups of socially distanced folks enjoyed all of the park’s unique recreational offerings, which even include a public golf course and driving range.

Most of the visitors on this day seemed blissfully unaware of the civic ingenuity hiding just beneath their feet. Beginning in 1911, according to David Wilma’s article for HistoryLink, the land that is now Jefferson Park was once used by the city — among other purposes — to house two reservoirs needed to supply the surrounding neighborhoods with drinking water from the Cedar River.

The concrete reservoirs, similar to the one still visible at Volunteer Park, are nowhere to be seen. However, an information panel, placed rather inconspicuously in the center of the park’s vast greenspace, betrays a secret: The water is still kept there.

This is the result of a project completed during the first decade of this millennium — which, according to the Daily Journal of Commerce, cost the city three to four times more than simply installing a concrete lid over the reservoirs, and was touted by then-Mayor Greg Nickels as being “worth every penny to create more open space.” Indeed, the project created 26 acres of additional, usable open space.

Seated on one of the park benches, admiring the Olympic Mountains beyond Elliott Bay and across the Puget Sound, I’m reminded of the spirit that brought me here and to the UW, which I expect will keep me around long after my time at the UW is through. Though the cold wind is just barely tempered by the few evergreens on the hilltop, and the dissolving concrete shells of World War II batteries do nothing to hide the precarious narrative of our history, I’m grateful to be here now.

Jefferson Park is integral to the community’s livelihood and wellbeing, especially during the pandemic. Beyond its role as a recreational community resource, the park is an embodiment of this spirit, representing an ideal form of civic engagement that places the needs of the community above the conveniences of the dollar.

In fact, Jefferson Park holds the truism at the heart of everything we engage with, from the university to the sidewalk. It’s a reminder to us all, as we awaken slowly from this winter: The spirit of rediscovery is embedded within a healthy community whose occupants see themselves as agents of change.

Enjoy the park. I’ll see you on our next adventure.