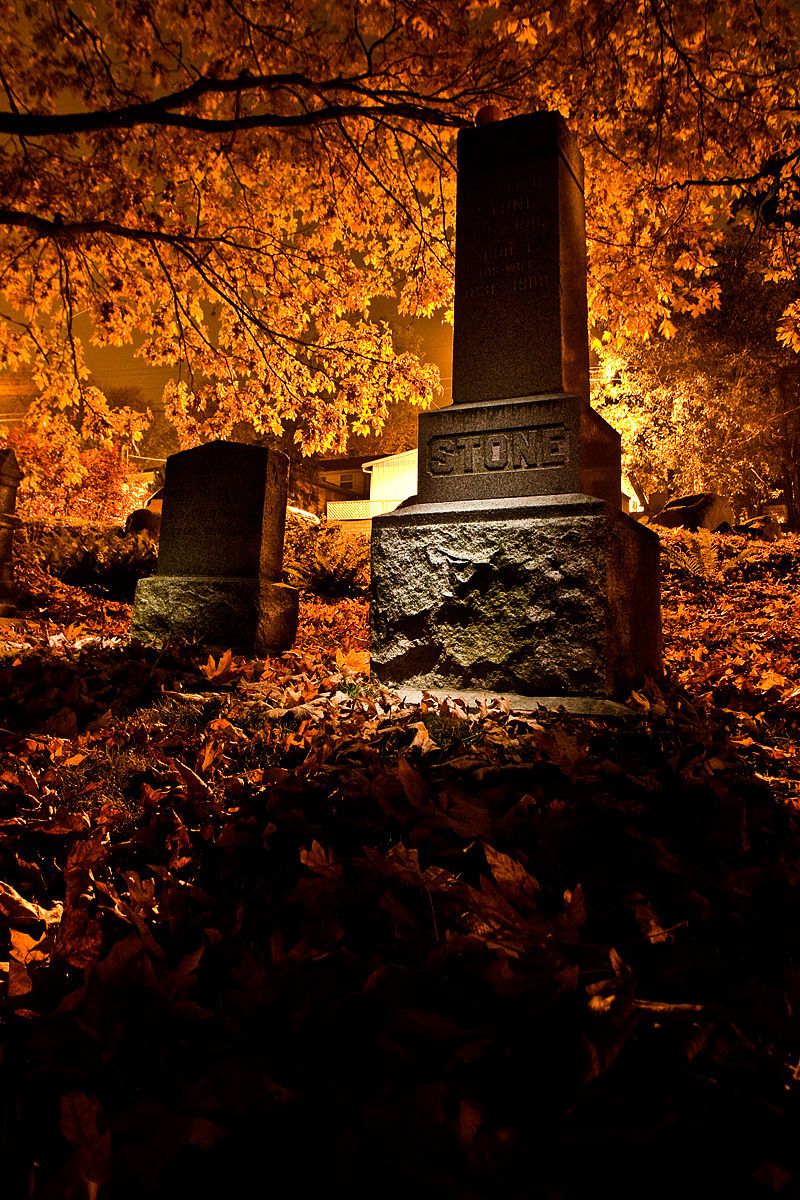 The Stone couple are burried on the far east border of the Comet Lodge cemetery in south Seattle. 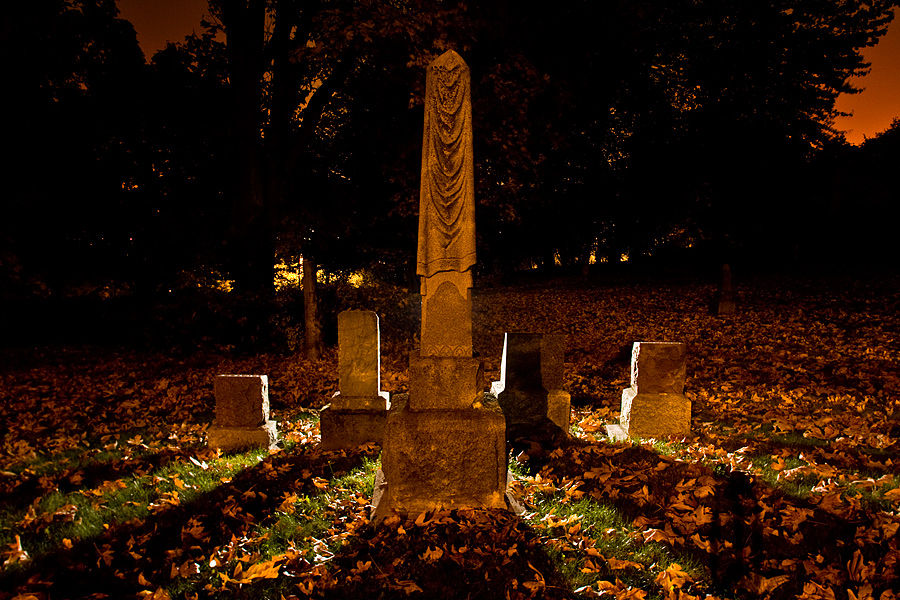 Graves are relatively spread out at the Comet Lodge cemetery.

The Stone couple are burried on the far east border of the Comet Lodge cemetery in south Seattle.

Graves are relatively spread out at the Comet Lodge cemetery.

Where can you go in Seattle to see the spirits of children playing with their toys? Or ghostly youngsters appearing in windows near their broken headstones?

A skeptic would say, probably nowhere. But others say that Comet Lodge Cemetery in Beacon Hill is alive with the ghosts of pioneers past, making it the perfect spooky, out-of-the-way locale that's great for a peek or a stroll this Halloween weekend.

The cemetery, established in 1881 as a final resting place for many of Seattle's earliest settlers, fell into disuse in the 1930s. Interest in the land grew in the 1980s, leading the City of Seattle to demolish parts of the property, including a children's burial area, to make room for 11 homes.

A haunted history tour of Georgetown included a visit to the hallowed location. To this day, some residents in the Beacon Hill and Georgetown area claim to have seen they see the ghosts of pioneer children traipsing across the gravesites.

But other Georgetown residents, like Allan Phillips, one of the guides for the haunted history tour, still see the controversial history of the cemetery, which - much like the area around it - has undergone a massive transformation over the years.

Where in the world is Georgetown?

Perched eerily atop Beacon Hill, these days Comet Lodge Cemetery resembles a well-manicured park, rather than the overgrown, neglected graveyard it once was. It's hard to imagine the cemetery's disrepair, much less the supposed ghosts of pioneer children.

But Phillips has a hard time looking at the cemetery without seeing it as it once was.

"I can't look at it without seeing how it was really destroyed," he said.

Phillips has lived in Georgetown with his wife La Dele Sines for 10 years, and has come to amass a general knowledge of the history of the area. Technically, Comet Lodge Cemetery is now in Beacon Hill, which is separated from Georgetown by the I-5 freeway. The completion of the highway meant the destruction of many Seattle neighborhoods, including the split of the original Georgetown into what is now Georgetown and Beacon Hill. Georgetown is now an isolated neighborhood, cut off from Seattle by I-5, Boeing Field and railroad tracks.

A long and complicated history

Before 1881, Comet Lodge Cemetery was a burial ground for the Duwamish people of Seattle. When the first white settlers came to Georgetown in June 1851, led by Luther Collins and his family, they buried their dead in the same area. Most of Seattle's earliest white residents are entombed at Comet Lodge, including the Maple family, who were some of the first to be buried.

Phillips and other Georgetown residents believe the City of Seattle made a mistake when it decided, in 1987, to gut parts of the cemetery for commercial and residential use.

Despite a statement from King County in 1954, that the portion of land the City of Seattle was interested in "includes the graves or remains of deceased persons buried therein," the City of Seattle went ahead in 1987 and bulldozed several grave sites along a strip of the cemetery before building homes atop the graveyard.

One Georgetown resident, John Dickinson, wrote a letter to Mayor Norman Rice on Oct. 30, 1997, representing the interests of nine of the homeowners who lived atop the cemetery. On behalf of the homeowners, Dickinson asked the City of Seattle to reimburse the owners the value of their homes because they were not aware that they had been built atop former burial grounds.

The former director of the Department of Construction and Land Use, R. F. Krochalis, wrote in response, denying any knowledge that Comet Lodge had ever been used for burial purposes, according to a Web site maintained by Dickinson.

"The Department of Construction and Land Use did not, and does not, have any basis for concluding that the properties you have referred to have ever been used for burial purposes. In granting permits for development, the City does not give assurances as to the title, history or conditions of a piece of property," wrote Krochalis in the letter, dated Dec. 5, 1997.

"If the owners feel that the nature of the property was misrepresented to them in some material way, this is a private matter that they must take up with the sellers of the property. If you, or any of these owners, believe they have a legitimate claim against the City, that claim must be submitted to the City Attorney's office."

The City eventually restored some of the headstones, in "aesthetically-placed" locations, Phillips said.

According to Dickinson's Web site, the City of Seattle wrote him a letter saying it "has no interest in Comet Lodge Cemetery ... [and] any apologies or resolutions to the citizens' complaints would cost the City too much money that it doesn't have."

Not everyone is upset with the treatment of Comet Lodge Cemetery.

When I visited the location earlier this week, one man, who gave only his first name, Donnie, said he liked what the city had done to the place. His family has lived in the area for three generations, and as a child he spent a lot of time in what used to be a dilapidated cemetery.

"I spent a lot of time playing in the gulley with my brothers," he said. "I never did remember this as a graveyard. I'm glad they did what they did."

Walking past the graves, I didn't catch a peek of any ghosts of pioneer children. But I did think about the ghost of the cemetery itself, and its long history of transformation.