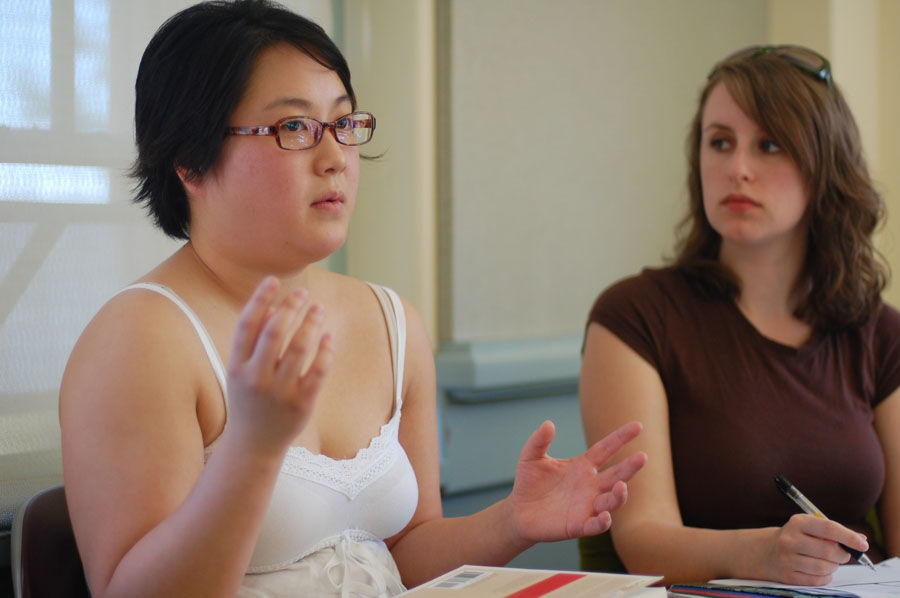 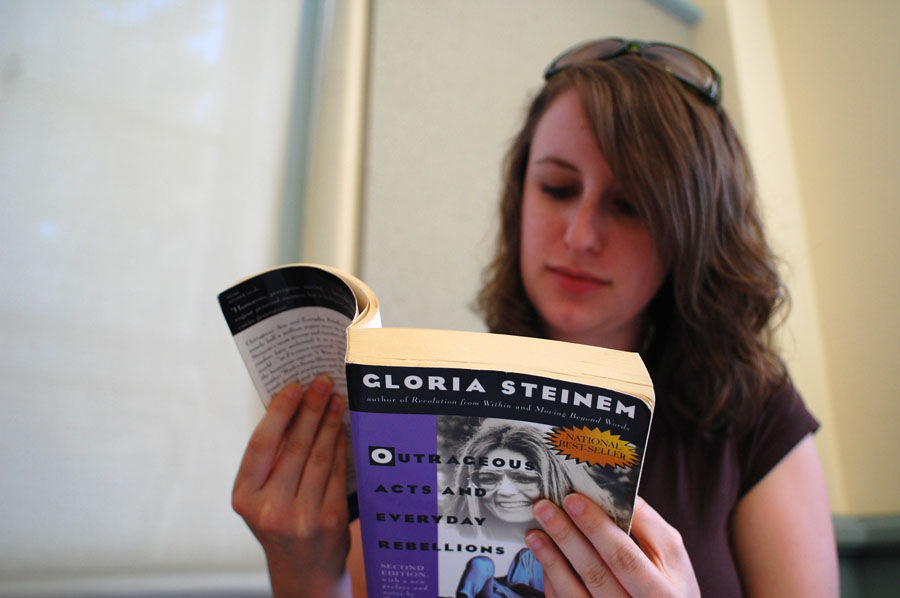 The mere mention of this term causes some women to shudder and some men to flee. Few words in the English language possess such a contested definition and mean so many different things to so many different people.

This enigmatic word, and concept, can begin to be explored through its history.

Feminism, a word that denotes equality between men and women, is typically divided into three waves. The first was characterized by political activism, culminating in women's suffrage; the second focused on social and cultural disparities between the sexes from the 1960s through the 1980s; the third, beginning in the 1990s, moved beyond only the experiences of white, upper-to-middle-class women to encompass women of various races and socio-economic levels.

Today, feminism is frequently, and often incorrectly, associated solely with its second-wave definition, presenting a non-holistic vision of the term often clouded with incensed protests and bra burning. It is this definition that some women shy away from.

"People think feminists are man-haters or we're all lesbians or we're ugly or we don't shave," said senior Wen Liu, a psychology major and programmer for the Q Center. "I know some girls don't want to label themselves as feminists because they don't think they'll be attractive enough for men."

Assistant professor of women studies Amanda Swarr noticed how some women relate to certain aspects of feminism but are hesitant to adopt the label.

"Some women will say, 'I'm not a feminist, but I believe in equal rights,'" Swarr said. "Some people think, 'I'm a heterosexual woman, and I'm not a lesbian, so I can't be a feminist.'"

Indeed, at times it seems as though there's a social stigma attached to labeling oneself a feminist. The image of a braless woman proudly sporting shin stubble, squashing men with the steel toe of her combat boot is as unsavory to many as it is untrue.

"The reason for the negative stigma has to do with power structures - sexism, racism, classism," said women studies major Stephanie Houchins during a discussion in Women Studies 494, a senior capstone course. "Any time one is challenged, there is a fear there. People in power ... are afraid of change."

Swarr elaborated on this fear.

"I do think that when you're part of a movement and way of thinking that's very challenging to patriarchy or to colonialism, then people get scared and threatened," Swarr said. "So, they take what they think is the most frightening part of feminism and exaggerate it."

When asked if they identified as feminists, the students in the 494 class shared their varied responses.

Senior Jessica Norberg explained that she does not consider herself a feminist because she has a problem with that being a main classification. Similarly, senior Yecelica Valdivia stated that she struggled with the identification because she wondered if she was sacrificing other parts of herself to become a feminist.

"I can be a feminist on my own terms," junior Thu Nguyen stated. "You can set different standards of what you stand for. You can be a mom, have two or three jobs, or stay at home."

"I identify as a feminist in that I'm a woman, and I'm pissed about the things I've experienced," she said. "I very much want to change that. I'm definitely one of those stereotypical, angry feminists. I do take issue with male dominance. I'm not irrational, but I'm filled with anger and a deep level of discontent for the way things are."

Liu mentioned that because women secured the right to vote almost a century ago, a lot of people assume the equal-rights battle has concluded.

"There are so many things beyond that," Liu said. "A lot of people think men and women are equal, but patriarchy still exists. If you see a lot of statistics, women are not in as many higher-level jobs."

But it is clear that feminism is no longer simply about a quest for equality. Contemporary feminists look beyond racial boundaries and gender binaries to define themselves and their activism.

"I think feminism used to be conceptualized as just being about gender. Now, the broader definition includes social justice. My feminist politics define everything I do," said Swarr, whose work includes activism for lesbian, gay, bisexual, transgender and queer equality and improving access to medical treatment for people who are HIV-positive. "For me, feminism is about ... actively working toward a more just and equitable world."

Feminism can also be used as a tool to analyze relationships between sexes, classes and races, offering its scholars a unique lens through which to view the surrounding world and the varied influences at play, Houchins said.

Gretchen Cook, another student in the capstone course, stated that feminism gives her the right to question the way people interact.

"I view feminism not just as the right to question social constructions and dynamics, but the responsibility to question," Cook explained. "I also think the recognition of inequality is not enough. Once I have started the process of questioning, it must be followed through to action."

Still, it is important to formulate your own definition of feminism before subscribing to the feminist brand.

"You may be treated differently, you may have to defend yourself or back it up," Ray-Merriweapher said. "If you're not ready, I don't advise one to use that label."

"There are a lot of people who claim the label without knowing the background," Staiger said. "They're afraid to label themselves because it's 'the F-word.' They think being a feminist rejects being feminine."

Feminists are not a homogenous group, and there are no specific parameters mandating how a feminist should or should not look.

"There are assumptions about what feminists should and shouldn't do," Swarr said. "The more people identify themselves as feminists and define it for themselves, the more those perceptions will go away."

Notable events in the history of women's rights

1920 The 19th Amendment to the U.S. Constitution was ratified. It reads: "The right of the citizens of the United States to vote shall not be denied or abridged by the United States or by any state on account of sex."

1960 Oral contraceptives are approved by the FDA.

1972 Title IX of the Education Amendments prohibits sex discrimination in all aspects of education programs that receive federal support.

1973 The U.S. Supreme Court declares that the Constitution protects the right of women to terminate early pregnancies in Roe v. Wade.

1994 The Violence Against Women Act funds services for victims of rape and domestic violence.