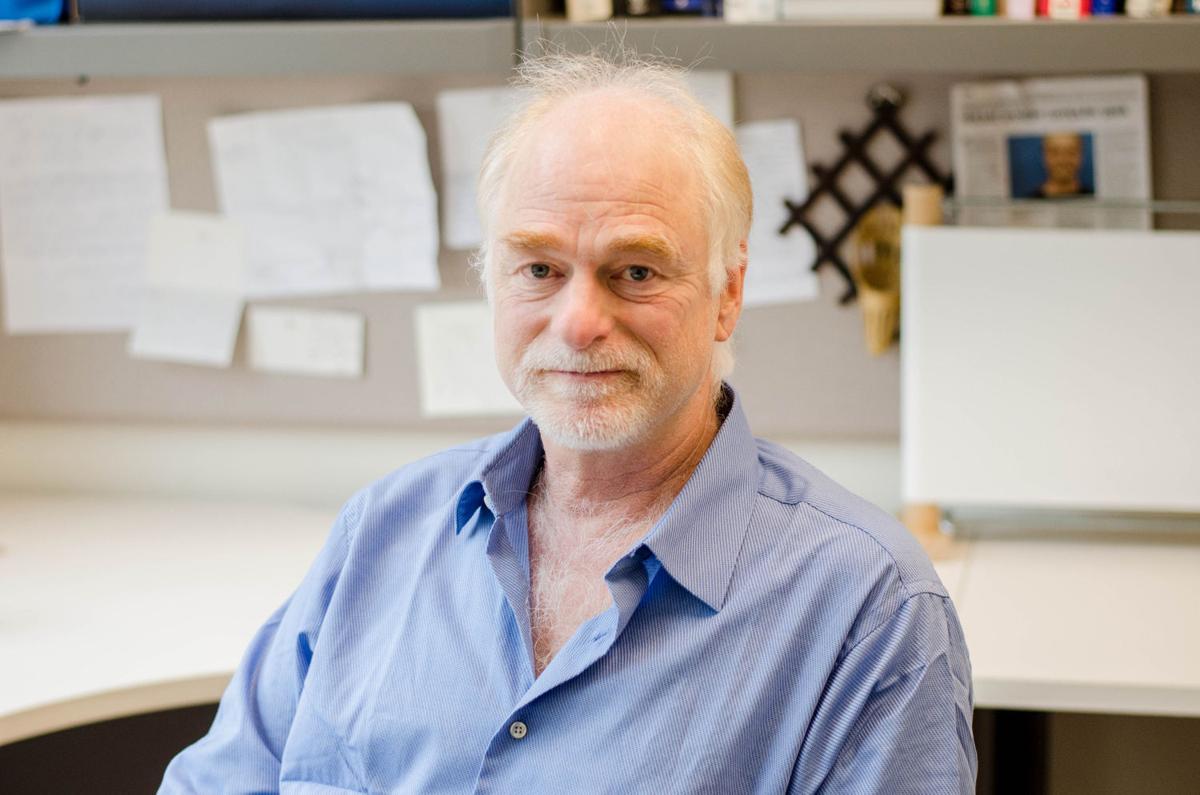 Professor Bob Boiko is bringing the techniques employed in his Info 101 class to the workplace with startup LearnTogether. 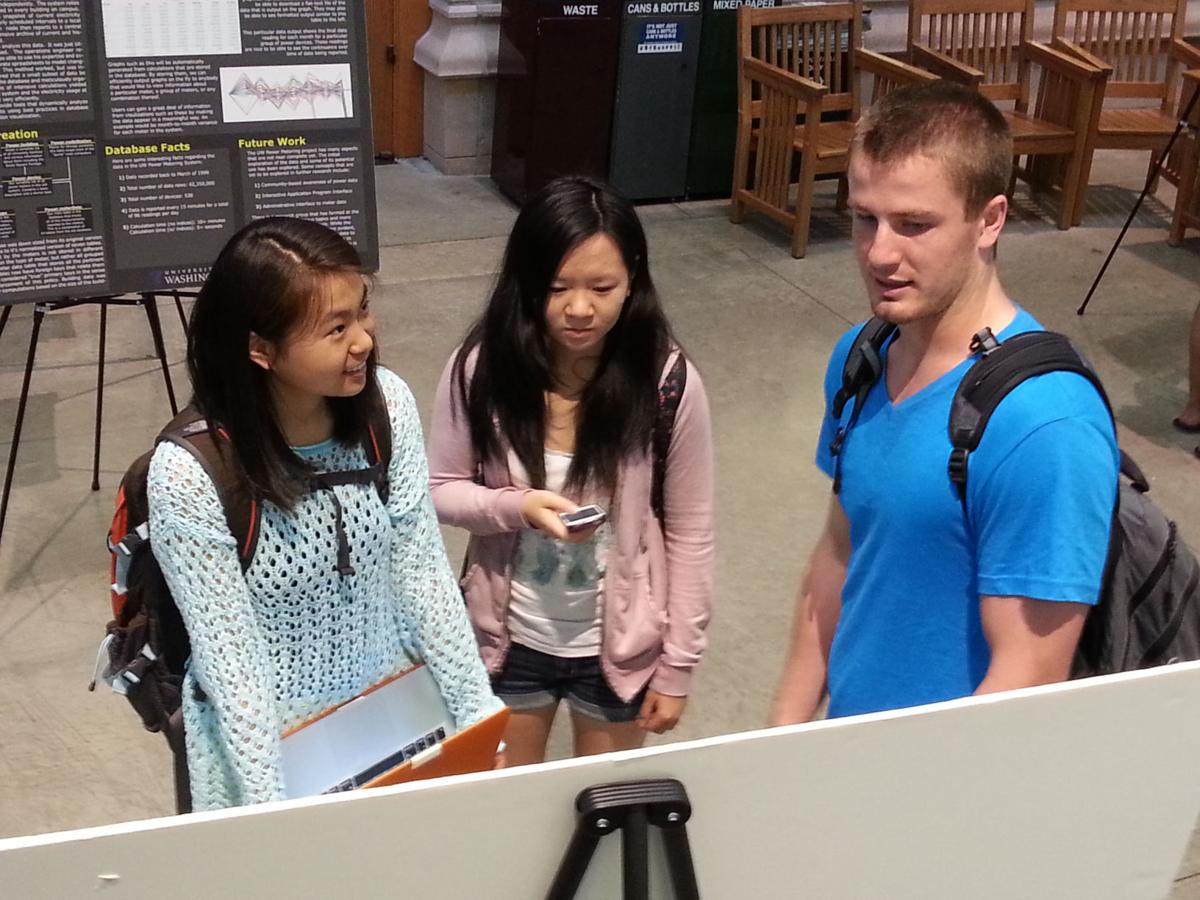 Students quiz each other on class concepts using games they made to earn points.

Professor Bob Boiko is bringing the techniques employed in his Info 101 class to the workplace with startup LearnTogether.

Students quiz each other on class concepts using games they made to earn points.

UW professor Bob Boiko loves games. As he hands out Starburst candies and toys to reward small accomplishments, the UW professor’s “Info 101: Intro to Social Networking Technologies” course feels like a cross between a classroom and a video game.

The class, which introduces students to concepts like data storage and privacy issues, doesn’t have typical exams or homework. Instead, all assignments give “experience points” — or XP. Upon completion, and upon earning enough of these points, a student can move on to the next unit, or “level.”

A student’s final GPA for the course is determined by how much XP they earned throughout the quarter.

While Boiko’s methods might seem complicated for the grading process, there’s real science behind how using concepts and psychological cues from games can motivate students to succeed.

Boiko said these psychological triggers, which tempt students to keep doing assignments and readings, stem from his own experience as a computer science student.

He can still recall stepping into the computer lab in college to finish an assignment and coming out 12 hours later, famished and exhausted.

The thrill of doing “just one more” is well-documented. Gamblers get a similar dopamine rush from almost winning as they do when they actually win at slot machines, according to a study by researchers from the University of Nottingham and University of Cambridge. That’s why seeing a green bar fill up with points feels so much more rewarding than simply completing an assignment, even if the end result is the same.

After years of teaching courses at the UW, Boiko plans to bring what he’s learned in the classroom to the workplace.

LearnTogether[CQ], a startup funded by the UW and created with a team made up of the iSchool and Foster Business School students, is Boiko’s latest project to bring increased productivity and efficiency to companies. He is using his Info 101 class as a smaller scale demonstration of how LearnTogether might work.

LearnTogether is based on a concept called “gamification,” which refers to the motivational techniques employed by video game designers to get gamers playing for hours and hours, in the same state of flow Boiko found himself in at the computer lab as a student.

The startup, geared toward improving efficiency within companies, is the culmination of 15 years of Boiko’s experimentation with gamification and teaching at the UW. It will use Boiko’s style of game-inspired skill improvement alongside peer-to-peer learning to make it simpler for employees to learn the skills they need to succeed.

For Boiko, the lack of teaching within companies is an unnecessary waste. He said the current model of sending employees to training ignores where he believes they can get their best experience — from their peers in the office.

“The way you do it now is that you watch, talk to people, and you maybe take classes to learn particular skills,” Boiko said. “Meanwhile, there are people in the office who know exactly what you need to know, and they could be teaching it to you right there.”

By taking “mentors,” or people who know how to do a task, and connecting them with “learners,” who study their work, LearnTogether focuses on helping professionals gain skills as efficiently as possible.

Aside from making the learning process more fun, Boiko said LearnTogether can also help people grow their networks as they collaborate with people across fields and levels of expertise.

“You make a connection with someone who’s given you a challenge, a mentor who knows more than you, and peers who you can submit your work to and get feedback from,” Boiko said. “You’ve made all these connections just by learning from the people around you.”

For several years, Boiko’s Info 101 class used its students as guinea pigs, in a way, to test the concepts of LearnTogether.

Mariam Davis[CQ], a senior majoring in informatics, is a teaching assistant for one of Boiko’s 101 sections. During her quiz section, she jumped between topics as diverse as augmented reality to front-end HTML design.

“We reinforce so many ideas through the lessons,” Davis said, describing the way Boiko’s class is set up. “The students end up very well-rounded. When we have them create a website, for instance, they do everything from drawing out the design of the site itself to coding the HTML and CSS.”

Boiko describes Info 101 as a “flipped” classroom. Students spend four hours a week in lab, where they take quizzes, design concepts given to them by their TAs, and challenge each other with the class website.

Students only spend one hour per week in lecture, where they form teams and present projects and websites they’ve designed. Teams of students cheer each other on while presenting designs and concepts, and the class often incorporates more student lectures than classes taught by the professor.

Boiko said he wants the students to learn the material outside of class so they can approach it at their own pace. During class, and rather than sitting quietly for an hour, he encourages students to demonstrate a mastery of the skills they learned throughout the week.

Freshman Alejandro Alvarez, a student in Davis’ section, was intrigued by the course structure when he began the class.

“It’s a totally new type of classroom for me,” Alvarez said. “I’m from Peru, and the classroom style is totally different here. It wasn’t easy to adapt.”

“It’s so much more flexible, though,” he added.

Freshman Kian Khodamoradi[CQ], also a student in Info 101, echoed some of Alvarez’s thoughts.

“I’ve never experienced anything like it,” Khodamoradi said. “I definitely learn more.”

Part of what makes Info 101 so novel is how much the class changes from year to year. Every time the course is offered, Boiko and his team make tweaks and changes to the software, based on student feedback.

It’s this process of tinkering with and optimizing learning that led to LearnTogether.

LearnTogether launches in 2016, but Boiko is already gearing up to work with teams from Alaska Airlines and REI. He said he’s already seen results with Costco since he first began working with them this past fall to create an education program more effective than just sending employees to corporate training.

Mark Mattis, a director of program and project execution at Costco and board member of the iSchool, believes human motivation is becoming a central area of focus in the business world.

“Thirty years ago, large corporations didn’t have to worry about motivating their employees,” Mattis said. “But we’re dealing with a different set of employees now. People are used to better user interfaces and more intense motivation techniques.”

Mattis and Boiko both point to the devotion video game companies command as an example of why rethinking motivation is so important. Millions of gamers dedicate hours to mastering the intricacies of the games they play.

“People play World of Warcraftfor thousands of hours without getting payed,” Mattis said, emphasizing the success of Blizzard Entertainment, Inc., developer of World of Warcraft and other game franchises, in using these techniques.

Ultimately, Boiko’s vision derives from his strong belief that the old model of one professor teaching a huge classroom is outdated in the 21st century.

“When you have hundreds of people in the same room, they shouldn’t be coming together to hear me yak,” Boiko said. “They should all be generating ideas and excitement with each other. The worst thing you can do is make them sit quietly.”

If his Info 101 “lectures” are any indication, Boiko might be onto something.

“After all,” Boiko said, “how often do you have the chance to share something really special with 300 other people?”