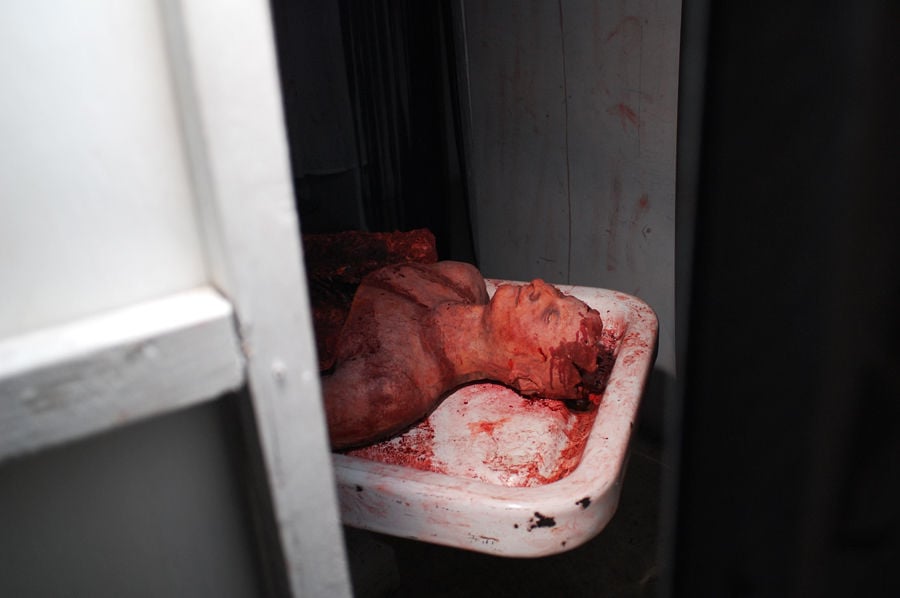 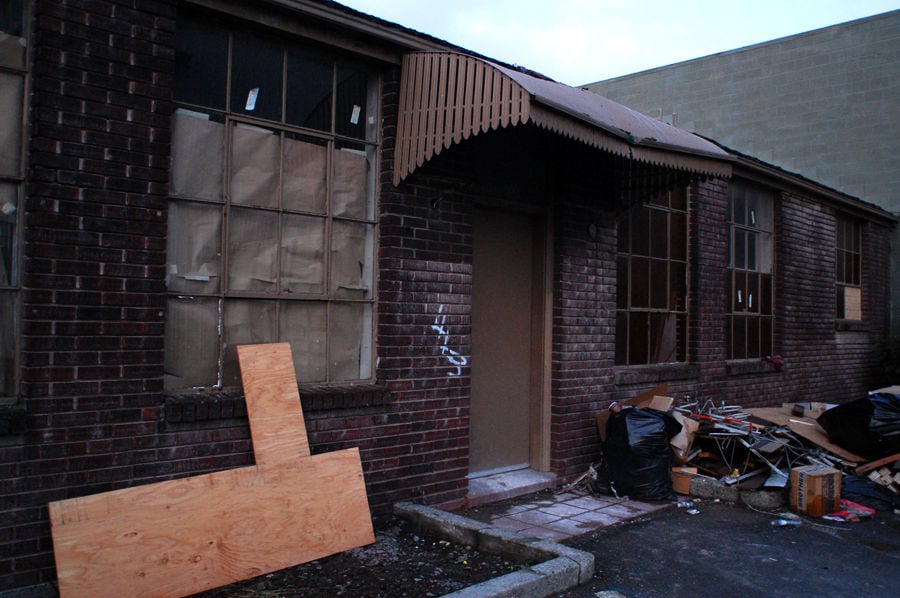 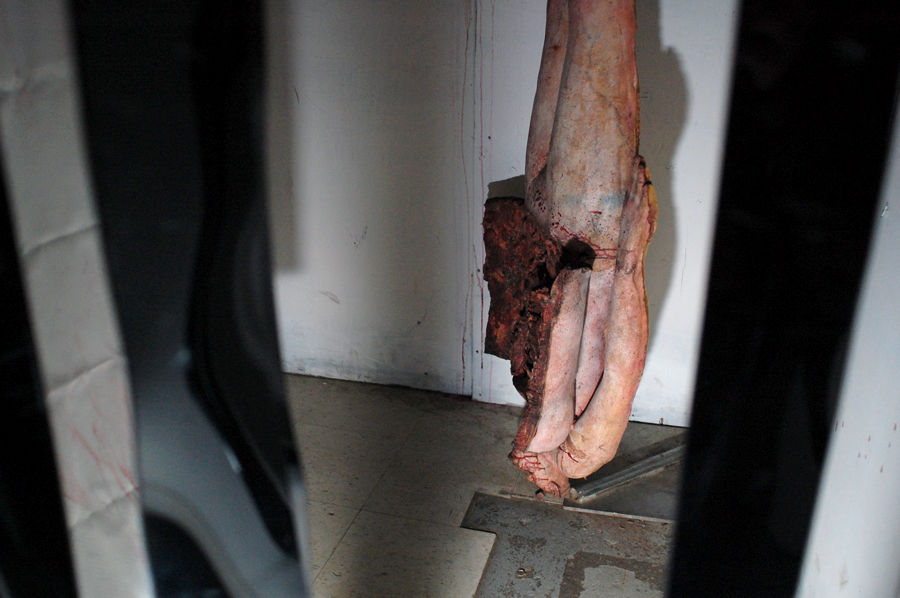 Upon first glance, the former Georgetown Morgue hardly stands out in appearance amidst industrial South Seattle on East Marginal Way. If I were not aware of the morbid events that apparently took place in that morgue, I would have thought there was nothing frightening about this particular building.

But hearing the stories of a stolen body, a tragic death and a gruesome crematorium massacre caused me to shudder at the sight of what remains of the old Georgetown Morgue.

However, after calling the Washington State Historical Society and the Museum of History and Industry, perusing historylink.org and going to the library and scanning through reel after reel of microfilm, there was nothing to prove that the morgue even existed. But how can one explain the physical existence of the building? Or how nine employees disappeared one night?

The current building has undergone major renovations since it was first called Kolling Mortuary Services of Seattle in 1928. At that time the three-story facility was used to process and prepare the deceased for funerals.

In 1939, Charles and Henry Broughton bought the mortuary and the name changed to Broughton Brothers Funeral Services. By 1943, they had built a crematorium that prepared about 100 bodies a day. Along with the crematory, two 110-foot smoke stacks were also added to the extended facilities. Charles and his wife lived in the brick home connected to the mortuary.

During the Broughton Brothers' ownership, a series of horrific events occurred.

Supposedly, in 1947, jazz trumpeter John "Figgy" Dorsey's body was reported missing from the embalming table at the Broughton Brothers Mortuary. The dead man was found the next morning on Mrs. Dorsey's front lawn at her home in Ballard - dismembered. She sent the body parts back to Broughton Brothers so they could piece him back together for his funeral, but the explanation as to who committed this horrific act, and why, is still unknown. Figgy Dorsey was also a shady figure. There were two jazz musicians named Dorsey, a Jimmy and a Tommy, but no Figgy.

But the story gets stranger. A tragic incident occurred April 29, 1965, involving one of the Broughton brothers, Charles. A "strong, rolling earthquake rocked the Pacific Northwest at 8:29" in the morning, according to The Seattle Times. At the time, University of Washington seismologists gave the earthquake a magnitude of eight or nine on the Mercalli Scale of 12. While most businesses only had minimal damage, one of the towers of the mortuary caved and destroyed the west wing of the building, killing Charles.

While death is natural at a mortuary, it seemed to haunt the Broughton Brothers Funeral Services. There are no live witnesses or any captured suspects to tell of the events of Oct. 25, 1968. On that night, all nine employees of the morgue were having a business meeting when maybe two or three, probably armed, men came in and bound every Broughton Brothers' employee, according to the Historic Morgue Society (Strangely enough, the main page of that site is currently defunct). The employees were supposedly forced in the crematory and all burned alive.

Even now, this gruesome crime is still unsolved and seems to be dead and buried, so much so that there is no record of it. However, there were rumors that the Broughton brothers knew where all the bodies were buried - you could say, in more ways than one - and were involved in a bit of dirty business. But nothing was proven or charged.

Without any living employees, the City of Seattle acquired the funeral services facility and turned it into the Georgetown Morgue in 1969. The crematory was used to process animal carcasses instead.

In 1989, the Richland Processing Corporation - which, like Figgy, is also nowhere to be found - bought the morgue from the city and made it into a meatpacking transport station, though the building has been significantly remodeled.

The aged brick walls of the home, mossy dilapidated roof and windows covered up by wooden panes are the only hints of the morgue's shady past. Supposedly, Charles' wife continued to live there after his death until she committed suicide in 1979. The house still exists today, but will be deconstructed and made into a 21-and-older diner called Hudson, opened by the owners of Smarty Pants Restaurant. Eat, drink and be merry, for who knows if tomorrow we'll die, right?

"I'm pretty sure the whole morgue thing is just a rumor," said Sam Oldfield, manager of Smarty Pants. She believes that the old brick house attached was once a diner in the 1950s.

Currently, the KUBE 93 Haunted House, created by the company Seattle Haunts, occupies the space of the former Georgetown Morgue and will be the tenant for the next five years. Scott Kolling, co-owner of Haunts Northwest - and, curiously, sharing the name of the original morgue - took me on a tour.

Even without actors and with the lights on, I screamed at sudden hisses and the bloodstained walls. The haunted house plays on the terrifying history of the building, true or not. Some scenes are even designed like a morgue, with bloodied bodies cut open on autopsy tables and butchered pigs hanging from the ceilings like at a meatpacking company.

"Being in this building has given [the haunted house] a really eerie feeling. We make you be part of the scene," Kolling said. "Our goal is to get you good."

However, if you believe the whole story, the haunted house may have gotten you good.

"If there was ever a morgue there, it is news to the Friends of Georgetown History," Allen Phillips of the Georgetown historical society said.

The Friends even have a walking ghost tour. The supposed former Georgetown Morgue is not on it.

"The Georgetown Hospital is nowhere near there," he said. "The morgue was attached to the hospital, and the hospital is long gone."

Kolling said they had been told of the history, and divulged, "We haven't had anybody to open up truthfully to."

Most people come for the haunted house rather than the history, Kolling said.

Whether it is truth or fiction, the story, and the haunted house, are still good for a scream.