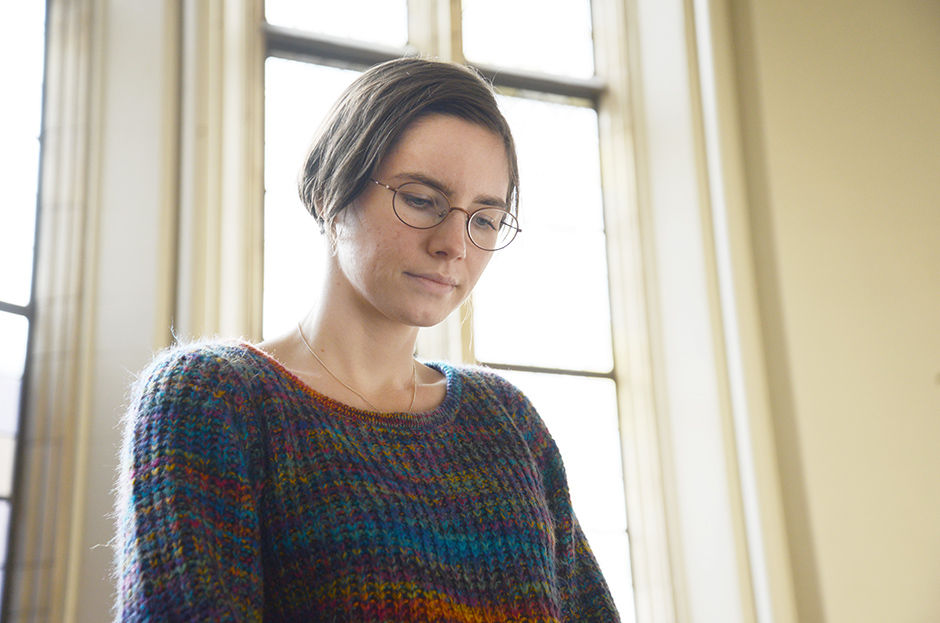 Amanda Knox is working toward a degree in creative writing. 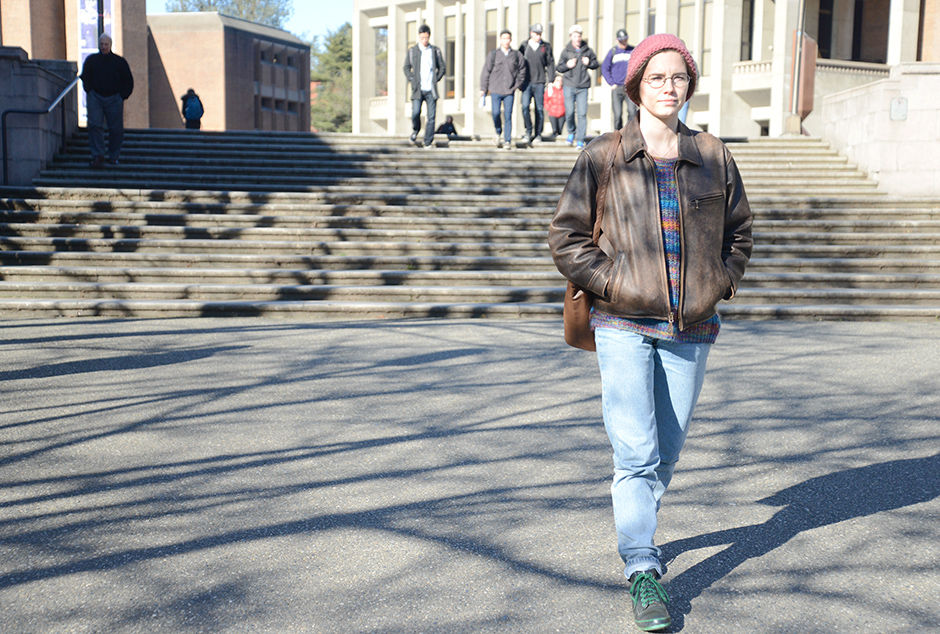 Knox resumed her studies at the UW in winter 2012.

Amanda Knox is working toward a degree in creative writing.

Knox resumed her studies at the UW in winter 2012.

More than six years ago, UW student Amanda Knox departed for a study abroad program that turned into a four-year emotional roller coaster behind Italian bars. Now, nine years after starting her college education, Knox is working on her final degree requirements to graduate in spring quarter 2014.

While studying abroad in 2007 in Perugia, Italy, Knox’s flatmate Meredith Kercher was murdered and Knox was one of three people convicted of the murder. Despite being locked up in jail, she chose to continue her college education by studying Italian language, culture, and literature throughout her imprisonment.

Continuing her education was not just a means to achieving fluency in Italian so she could effectively communicate in court; it was also an escape from the demands and extremes of prison life.

Before prison life, Knox’s student life started out normally enough. Following in her mother’s footsteps, Knox started her freshman year at the UW in 2005. Knox said she remembers the campus and residence halls as a welcoming environment.

“I was a little anxious that it was going to be like high school, but everyone was really friendly and really open to being friends,” she said.

Even before arriving at the UW, Knox knew she wanted to study abroad in college. Her travel experiences in Japan and Europe, as well as her German and Italian language studies, inspired her to apply to programs in both Germany and Italy. Knox was accepted to her first choice program in Perugia in 2007.

At the beginning of September 2007, Knox set out to Perugia with her sister, Deanna Knox, stopping first in Germany with her vacationing aunt and grandmother. There were bumps during the trip, but that’s part of what made it memorable for Knox.

“Arriving on the Perugia platform, [we didn’t realize] that we were walking the opposite direction we needed to go,” she said. “It was super hot out, it was the middle of September, we were sweating like crazy, trudging with our backpacks and not finding anything. I had this map, but I’m notoriously bad at directions.”

Knox and her sister looked for an apartment after their arrival, and following an interview at the bottom floor flat of Via Della Pergola 7, Knox was accepted into the household. The four-bedroom, two-bath house was the home of two Italian students, Filomena Romanelli and Laura Mezzetti, and British study abroad student Kercher.

On Nov. 1, 2007, as Knox was still getting acquainted with the layout of Perugia, Kercher was murdered in their apartment. Knox returned home the next day to find drops of blood in one bathroom, unflushed feces in the other, and her flatmate nowhere to be found. Kercher’s body was not discovered until later that day when friends of the Italian flatmates kicked in the locked door when police would not.

“You never expect to come home to that. … I couldn’t picture [it],” Knox said. “It just seemed so strange because it’s one thing to see a scene like that on CSI or whatever. It’s another one to imagine someone you actually know, some living person you just talked to yesterday, in those conditions.”

Only four days after her flatmate was found murdered in a locked room, Knox and her then-boyfriend Raffaele Sollecito were arrested in connection to the crime. It took the Italian courts 11 months to file charges against Knox and Sollecito. For the first eight months, Knox was in solitary confinement with only her thoughts and her study materials to work with.

While confined to solitary living, Knox acquired an Italian grammar book from the prison’s library and started studying the language to effectively communicate in prison and in court.

“I got really obsessed with making each day count,” Knox said. “Which sounds really cliche, but I would get really angry with myself if I felt like I had not made the day worth living, because then I would feel like I had just lost a day of my life. And I hated the idea of them taking my life away.”

Weeks before charges were filed, Knox was moved into a normal prison environment.

Between the time Knox and Sollecito were arrested and when their trial began, a third person, Rudy Guede, was arrested, tried, and sentenced to 30 years in prison for Kercher’s murder, after his DNA was found at the crime scene. However, Italian courts still believed Knox was involved in the case and kept her in jail.

Right around the time of Knox’s arrest, her mother, Edda Mellas, contacted Giuseppe Leporace, a UW senior lecturer and then-Italian Vice-Consul in Seattle, for advice about her daughter’s predicament.

He couldn’t help her in the legal arena, but he and fellow professors created a course of work that helped Knox improve her Italian and allowed her to continue working on general studies and creative writing requirements toward her UW degree. Leporace worked with the Germanics, history, and other departments to send her books, study materials, and poetry.

“My approach was, ‘I am not a judge, I am not a lawyer, I am a professor and she is a student of ours,’” Leporace said. “‘Whatever I can do to help her be in a good state of mind, while she is in this situation until it’s cleared out, I’ll be happy to do it.’”

Knox said life in prison was contradictory and psychologically debilitating. There was solidarity among prisoners, but, according to Knox, she couldn’t trust anyone.

On top of the difficulties of prison life, Knox also initially found it difficult to sit and wait for time to pass.

“When you are innocent, you think that freedom is right around the corner every second because at any second, [the authorities] could realize it,” Knox said.

Leporace sent Knox a book of uplifting poetry to translate, to cater not only to her education, but her emotional needs as well. The coursework and texts would take weeks to arrive in Perugia where prison officials looked over each piece of homework, every letter, and each textbook.

“The really cool thing about Giuseppe was that he — against everything else that was being put forth to me in the prison environment — he kept putting great importance on education, on bettering your mind, on remembering that there’s a world outside of prison,” Knox said.

Studying in prison gave her a sense of purpose, but it was not always easy. According to Knox, the prison’s teacher looked down on her for requesting help with translations. It would be almost four years before Knox’s life included something other than court rooms, prison cells, and studying.

On Oct. 3, 2011, Knox’s and Sollecito’s appeals trial overturned the conviction, finding them not guilty for the murder of Kercher due to insufficient evidence. They were immediately released from prison. Things happened so quickly that Knox didn’t have time to celebrate. She was hurried from the court to the prison to gather her things and then to the airport. As she ran through the prison back to her cell, she remembered the rest of the prisoners were screaming, cheering, and banging pots and pans — they had seen the appeal’s outcome and were sharing her exuberance.

Mellas was with Knox from the time of her release from prison to returning back home, finally safe, as they landed in Seattle.

“There were so many people she wanted to try to thank, but more joy that she was back here, on American soil, because until she was here, standing here, we never felt really safe,” Mellas said.

Knox returned to welcoming signs on her way home to West Seattle. For weeks after her return she couldn’t eat or sleep well because she was so interested in seeing the world outside of the courthouse and prison cell. As quickly as she could, she returned to school and the campus where she had always felt at home. The UW was a place where she could get away from the worries of Italy’s court system, even if only for a little while.

In January 2012, Knox returned to finish her bachelor’s degree. Even though she was concerned about recognition, she still found encouragement from people she met. Smaller classes seemed to respect her privacy, but the false anonymity of the larger classrooms where students sometimes took pictures or wrote malicious comments online after seeing her in class left her a bit uneasy.

“I was intimidated at first. I worried about what people would think if they recognize me,” she said.

This quarter, she was able to take a look at the legal system through a different lens in her two criminal justice classes. Knox said she has been inspired by stories of wrongfully convicted prisoners, finding comfort in the similarities of their stories with her own. These classes are helping her understand the technicalities of the investigation that followed her arrest, but has not given her the answers she is looking for.

As the rest of campus was working through mid-terms, an Italian court re-convicted Knox and Sollecito for the 2007 murder, despite no change in the evidence that had set them free in 2011. There are still many more steps in the Italian court system before a final Supreme Court decision, and it could be several years before they attempt an extradition.

Knox tries to stay positive by surrounding herself with friends, her family, her boyfriend (UW alumnus and local guitarist James Terrano), and her cat. According to Knox, they allow her to laugh, to play, and to work, through the small things they do to help keep her mind as far from Italy as possible.

She still struggles with her identity, feeling she is wrongfully convicted and that her place in society is being taken away.

“In Italy, I’m a convicted murderer,” Knox said. “That shouldn’t carry weight because it’s not true, but it does. We are social, that is what human beings are, we have a place in society and it seems like that is taken away from me for nothing.”

Until Italy’s Supreme Court decision, Knox continues to pursue higher education and return to a life of normalcy. After nine years as a student, this spring Knox hopes to finally attain her dreams of following in her mother’s footsteps of becoming a UW alumna.