Despite calls for university administration to pause negotiations, the UW Police Department’s (UWPD) employee union contract has been finalized and will go into effect July 1, 2021, according to UW spokesperson Victor Balta.

Although the UW’s website originally listed an Aug. 6 update in which a “tentative” agreement was reached, Balta told The Daily Monday that the union had actually voted on the final contract a week before the update, thus completing the process.

UW Black Student Union’s (BSU) vice president of campus affairs Navon Morgan said the organization was unaware that the agreement was finalized and expressed frustration that, despite the BSU’s meeting with administration about issues of campus police, police union negotiations happened largely behind closed doors.

In the face of demands by BSU, UW BLM, and the broad Decriminalize UW coalition to disarm and divest from UWPD, President Ana Mari Cauce and other administrators have expressed support for re-imagining public safety. In a July board of regents meeting, regents pushed Cauce to meet student demands and take bolder steps.

“If you want to go that far, you’ve got me,” Cauce said. “Let’s actually bring in some experts and let’s have that discussion. I’m there.”

But the approval of the contract is a change in direction, locking in provisions that limit police transparency and accountability. 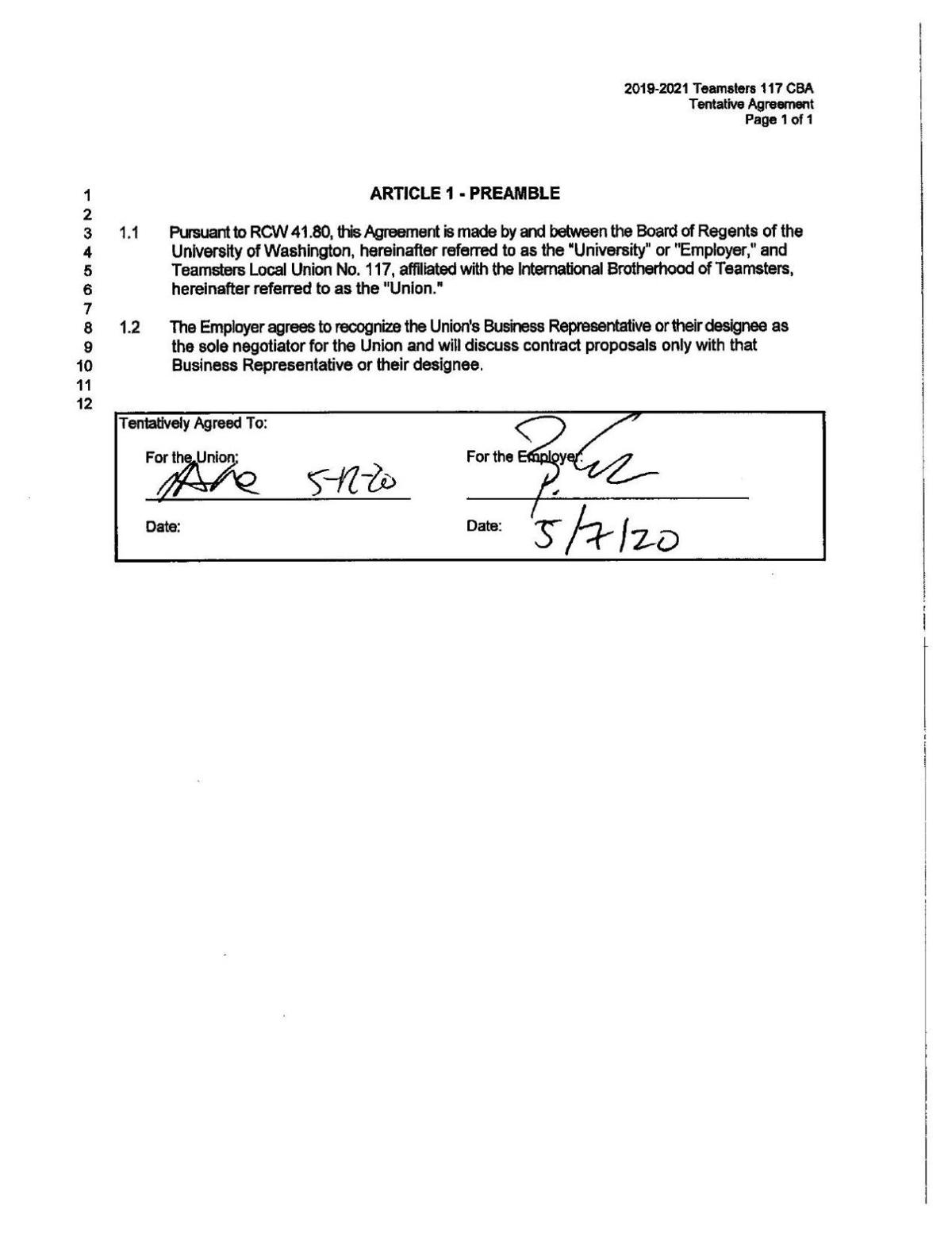 UW Seattle’s police force unionized in 2011. In addition to standard provisions regarding holidays and sick leave, their first contract also restricted the public’s access to disciplinary records and allowed for the destruction of records altogether. While most of these provisions carried over throughout the years, many of them intensified, creating a trend of less and less accountability.

Notable provisions in the new contract 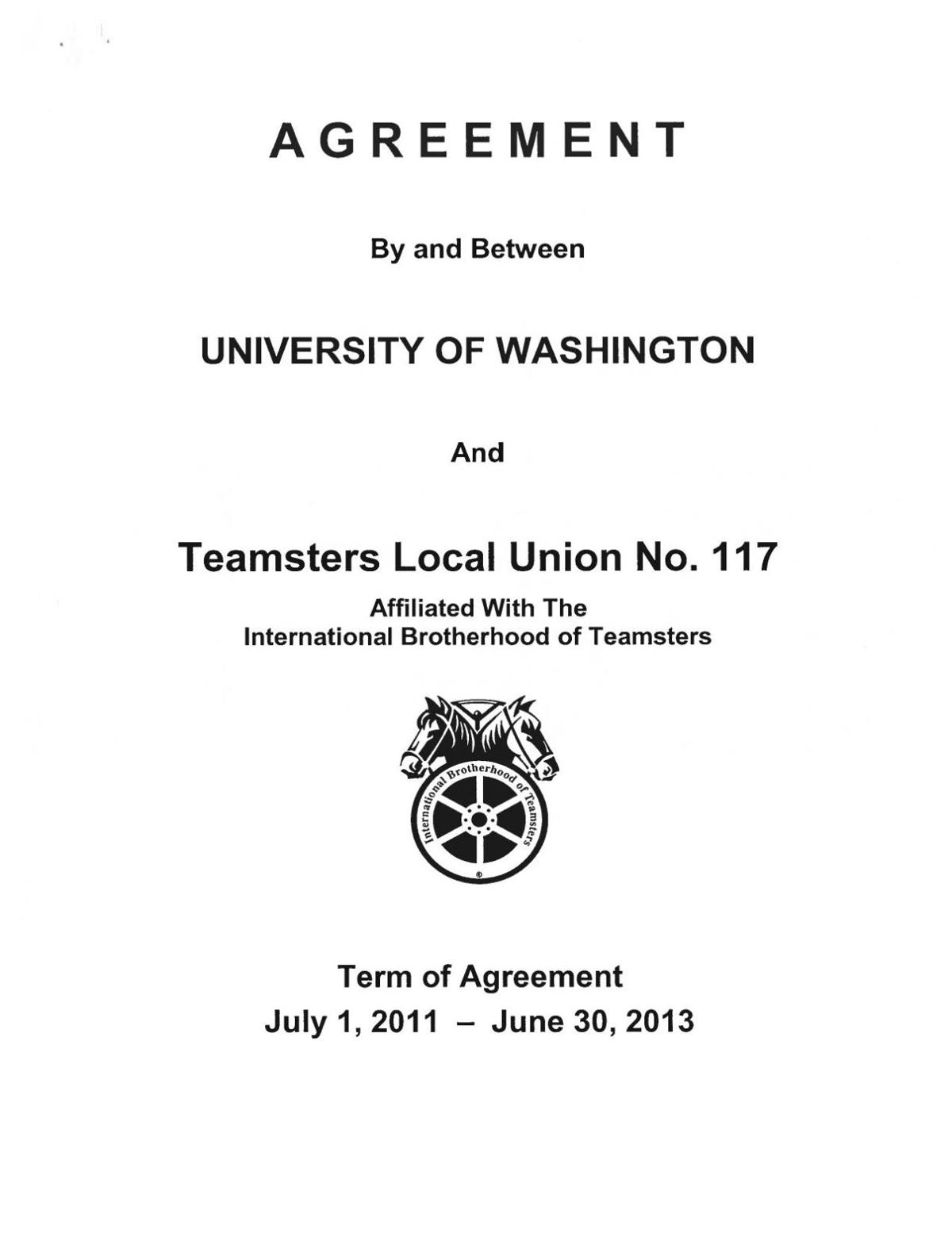 Given the provisions in the new contract, Morgan is convinced that UWPD is headed toward a police shooting. In a panel earlier this month, he expressed his fear that, if a shooting happens, UWPD has set up systems to ensure that officers aren’t held accountable. (Watch the full panel here.)

Law professor Brenda Williams helped organize the panel of students and faculty and is the outgoing chair of the Faculty Council on Multicultural Affairs. To her, the provision to scrub officers’ records of misconduct is especially concerning. According to Balta, a similar provision exists for “regular” UW employees. But many see police officers as inherently different from other employees.

“We need to have law enforcement who don’t have a history of misconduct if we’re going to hand them a gun with bullets that are paid for by state dollars,” Williams said. “You’ve got to be perfect. You just have to be.”

Williams noted that, as an attorney, any malpractice or bar complaints would not only stay on her record, but would be published in the state bar publication.

Another concerning aspect of the contract, Williams said, is the provision that anticipates the creation of an oversight board and allows the police union to negotiate its terms.

“I don’t like that the union is coming to the table and asking how to structure something that doesn’t even exist yet,” Williams said. “They know that people will demand to have an oversight board, and now they want to control what that oversight board looks like.”

According to Balta, the UW would be legally obligated to bargain over an oversight committee regardless of the provision. Instead of creating a new oversight board, Balta said the UW is trying to “reinvigorate” the student safety advisory board — a group that “partners” with UWPD during meetings hosted by the police.

While BSU is disappointed in the contract, they aren’t waiting until the contract expires in 2023 to advocate for change, Morgan said. Instead, they’re looking for other avenues to limit UWPD’s campus presence and ways to rethink campus safety. Last week’s meeting with administration was productive, Morgan said, and organizers plan on attending the Sept. 9 board of regents meeting, where Cauce is expected to formally respond to student demands.