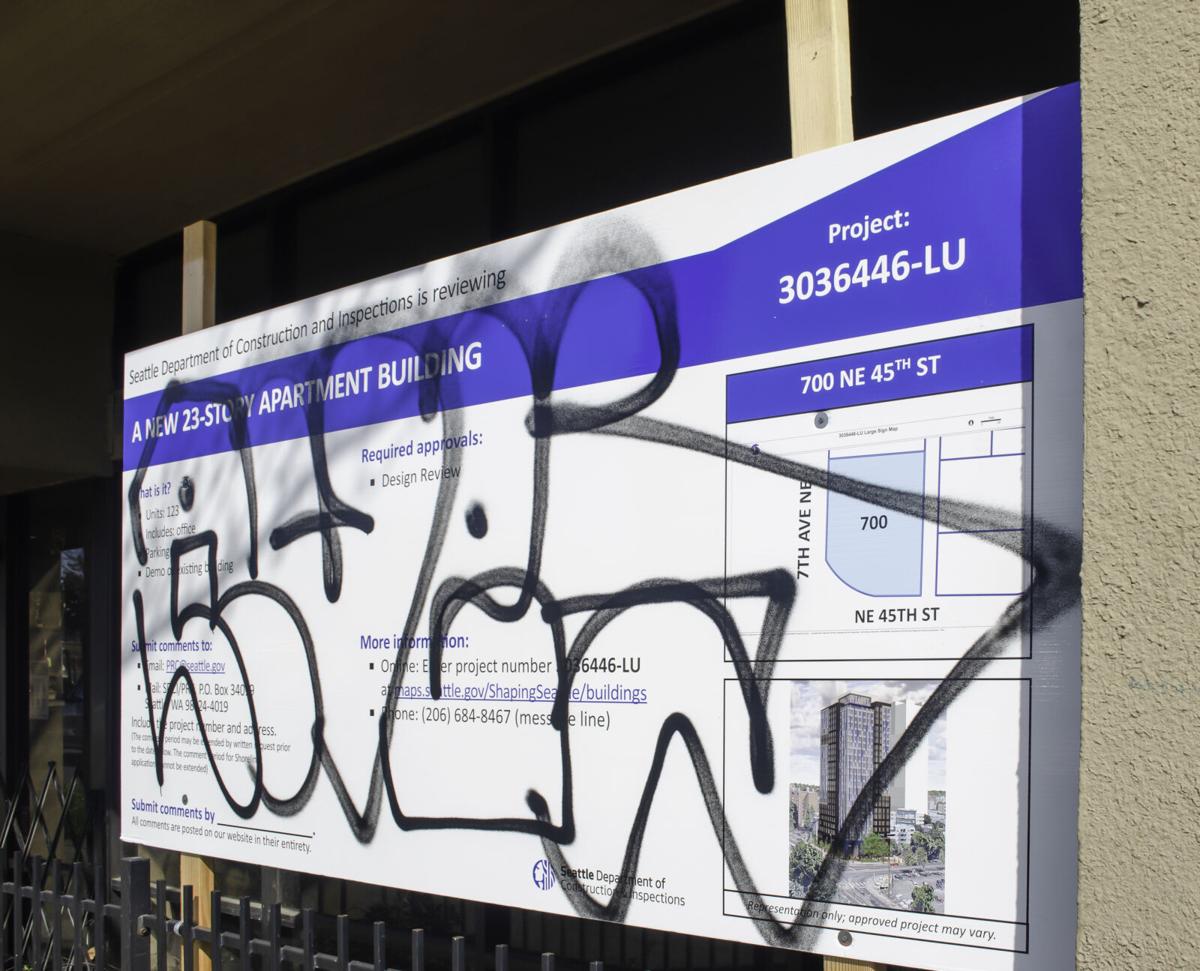 Graffiti lined sign at the complex shows the details about the new building. 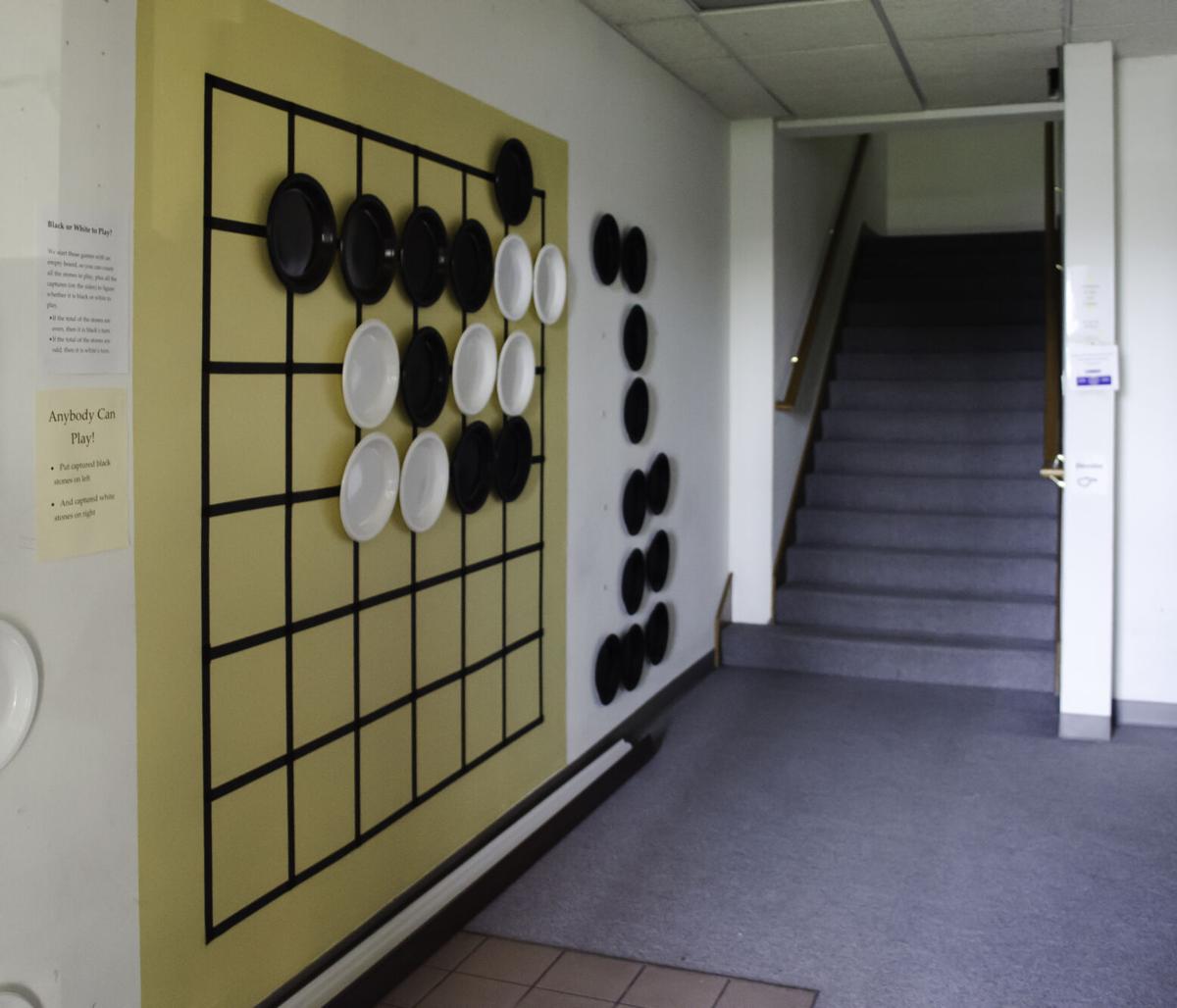 The inside of the Go center displays a mural of the game board.

Since 1995, the Nihon Ki-in Go Institute of the West, more simply known as the Seattle Go Center, has been located at the northeast corner of 7th and 45th in a building that also houses the Caring Pet Clinic.

The Go Center teaches and promotes the East Asian board game Go but also owns the building and property, a commodity becoming increasingly expensive in the U-District.

To better focus on its goals of promoting the game, the Go Center plans to sell its property for redevelopment into a 21- to 23-story high-rise.

“It was getting harder and harder for us to promote Go,” Bill Chiles, president of the Seattle Go Center, said. “Our core competency is promoting Go, teaching Go, and creating a community space, not being landowners.”

Dubbed “Victory at the U,” the building is one of 19 developments of 11 stories or taller planned or in design review in the U-District. This comes as a result of changes in zoning regulations in 2017, which not only allow for taller buildings to be built in the area but also reevaluate property values based on their zoning potential and thus make property taxes increase.

“We were particularly motivated by real estate being so pricy in Seattle for maintenance, insurance, and taxes,” Chiles said. “We’re very lucky to be at an up-and-coming bright spot with the incoming [light rail] station.”

The Seattle Go Center looked at several options for what to do with its current property and decided to sell it for redevelopment. The center formed a partnership with Champion Real Estate Company to look into redeveloping the lot into student housing with upward of 160 units.

“We identified this property (700 NE 45th St.) as a prime candidate for a student housing tower due to its development potential and walkability to UW’s campus,” Garrett Champion, senior vice president of Champion Real Estate Company, said in an email.

The Los Angeles–based real estate company already owns a multifamily building in South Lake Union, so this will be the company’s second investment in Seattle and first in the U-District.

“It’s going to be the first building people see when they come to the U-District,” Champion said. “It’s also uniquely located atop a hill at 7th and 45th and will feature unobstructed views of South Lake Union once completed.”

The design of the building, which has yet to be confirmed, was done by the Seattle-based architectural firm Weber Thompson. In addition to Victory at the U, the firm is also responsible for the designs of Lakeview Student Housing Tower and Trailside Student Living, both of which are currently under construction.

Victory at the U is going through the city’s approval process to obtain its Master Use Permit, with construction projected to commence in the final months of 2022.

As for the Seattle Go Center, it plans to remain at the same location on the property after the construction of the high-rise. A stipulation of its sale agreement to Champion Real Estate is that it will be guaranteed a space to lease in the building.