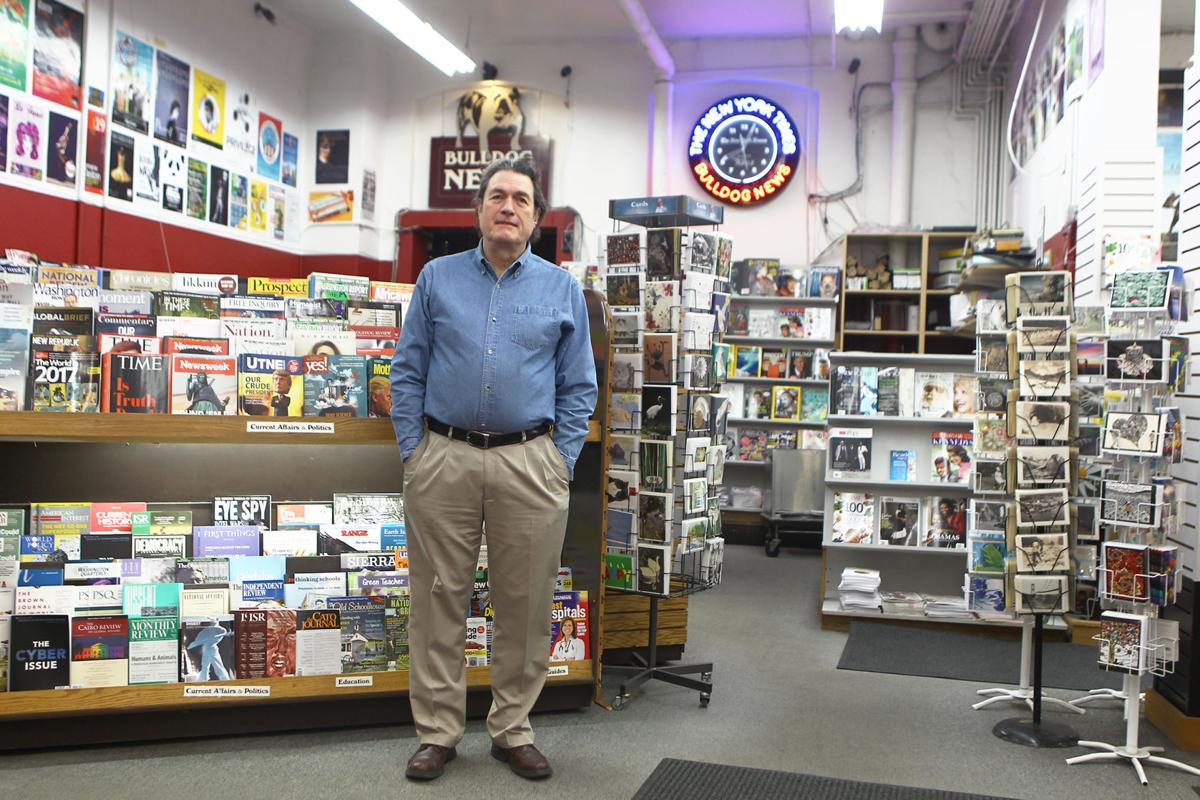 Doug Campbell, owner of the Bulldog News, is one of the members for "Save The Ave" organization. A group of U-District small businesses and service providers have joined together to help raise funds to pay for a study on what kind of implications the U-District upzoning can have on the community. 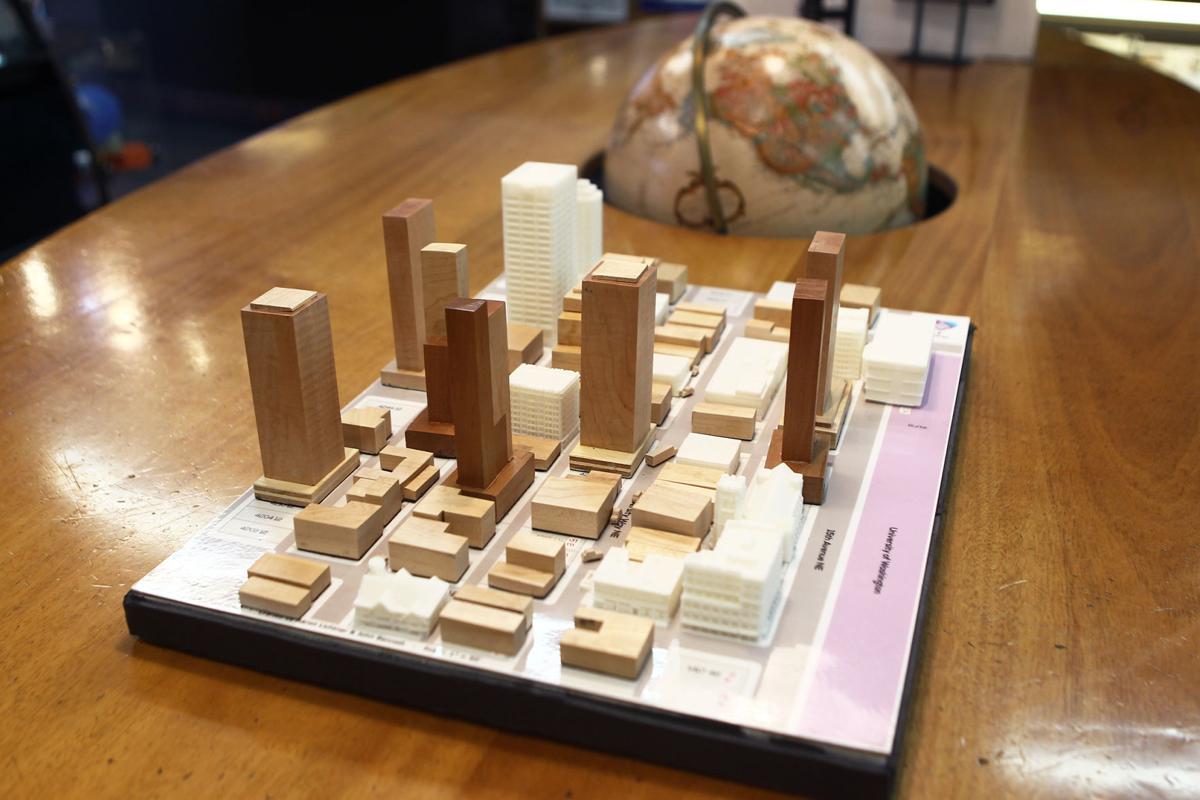 After the conclusion of the study, the group aims to work with the City of Seattle to develop a plan to preserve and strengthen the community in the U-District area.

In early February, small and independent business owners in the U-District convinced the Seattle City Council to agree to a six-month delay on a thin strip of land covering the Ave from the zoning changes that have now swept over the rest of the U-District.

While the city council voted unanimously to approve zoning changes that would raise maximum building heights to 240 and 320 feet across much of the U-District, critics of the plan have argued that those changes will do little for, or even harm efforts to make the area more livable.

Now, those advocates are striving to finance their own impact study on the effects that upzoning University Way NE could have on the street’s small businesses.

“The upzone is very minimal in terms of public benefits,” said Doug Campbell, owner of Bulldog News. “Private land is tripling and quadrupling in value, and we’re not taxing any of it back to get community needs met. I couldn’t be more disappointed about that.”

Campbell’s Bulldog News is one member of the coalition of U-District businesses that demanded the city hit pause on its efforts to upzone the U-District. That group, “U-District Small Businesses,” held a fundraiser on March 31 at Big Time Brewery for their planned impact study.

Campbell says that the fundraiser generated $3,000 of the $10,000 needed, and the group hopes to raise more with a “Save The Ave” GoFundMe campaign.

The group has enlisted former city councilmember and architect Peter Steinbrueck to conduct the study. Disagreements between merchants and the city-appointed leadership group, the U-District Partnership, drove the “Save the Ave” coalition to argue for a delay to the upzoning on their own.

The group’s website includes a letter highlighting their concerns, which they hope to demonstrate through the impact study.

Critiques of the plan have highlighted fears that developers will simply pay into the fund, leaving the U-District denser but just as unaffordable as it was before. Campbell, for instance, is skeptical that developers will give up nearly a tenth of their units to less lucrative, “performative” affordable housing.

“Developers almost always pay into the fund in lieu of performance housing,” he said. “We have a couple of low housing projects for extremely low income [people]. But for students, working people with lower wage jobs, that housing is really unlikely to be replaced.”

In an interview, Rob Johnson, the Seattle City Councilmember for the U-District and one of the upzoning’s strongest advocates, defended the 9 percent figure as well as the value of having developers choose the city-wide fund.

“We can build twice as many units when they pay rather than build on-site,” Johnson said. “We want developers to build on-site as well, but when they pay, we can leverage those dollars. The Office of Housing has access to state and federal funds for low-cost construction projects, and we can also use donations from private sector philanthropists.”

Johnson said that the council’s goal is to get developers to “about 50-50,” meaning they would choose performative affordable housing and the city-wide fund at roughly equal rates.

“We look at neighborhoods generating a lot of that money and try to spend the money in that area,” Johnson said. “We’ve had calls to mandate that money goes back to where it originated, but if we do so and draw geographical boundaries, it’ll lead to money pooling up and sitting in certain neighborhoods. Not requiring that boundary lets us be responsive and pull money in from different places today and build places now.”

In the new zoning laws, “affordable” housing units will be open only to renters whose annual earnings are less than 60 percent of the area’s median income. As Daily writer Rod Palmquist pointed out in March, that comes out to just under $38,000 a year per person.

For Campbell, this points to a greater issue in the U-District that affordable housing might not be able to solve: a lack of a wide income range. Since opening Bulldog in 1983, Campbell’s employees have shifted from living mostly in the U-District to now primarily commuting from cities like Everett and Federal Way, where rent is much cheaper.

The “soul” of the U-District

Business owners, residents, and city officials alike keep going back to the idea of the “soul” of the U-District when raising concerns over the loss of affordable housing and the potential influx of high-rise office towers.

Councilmember Johnson addressed some of those concerns, especially over public investment, by pointing to work council members put into the zoning changes.

“We adopted a resolution that will increase parks and open transportation,” Johnson said. “I worked hard to find the resources in the budget for a public restroom. A two-block stretch of 43rd Street will be just for pedestrians. And we plan on bringing more bus service to the neighborhood. As the community grows, we’ve got to put more emphasis on public land.”

Johnson admitted that on this front, the city “has done a poor job,” and “need[s] to do better.”

However, even relatively small changes like that can have drastic impacts on property values, which filter down to increases in property taxes that businesses may not be able to shoulder. Some business owners say the city has not done the best job of communicating that risk to them.

Joel Fisher is the vice president of the board of directors for Scarecrow Video, a video store in the U-District that transformed into a nonprofit in 2014 in order to preserve the massive collection of physical media the organization had accumulated.

“Most of the people that work here have worked here for at least a decade,” Fisher said. “That’s astounding for a place like this.”

Fisher says Scarecrow is outside of the immediate area of impact from the impending upzoning, but argues the inevitable rise in property taxes will bleed over far past just the upzoned areas.

“We don’t know what that’s going to look like for us or how quickly prices will spike,” Fisher said. “Anytime there’s a question mark like that, you get worried. It feels like the city has dismissed it as a concern. At most they’ve told us it won’t matter that much, but obviously it’s going to affect us.”

Fisher believes the work being done by the Steinbrueck-led impact study should have been performed initially by the city, and hopes it can show a path forward for independent businesses to co-exist with new developments.

Gayle Nowicki owns Gargoyles Statuary, a gothic-themed boutique that sells a range of finds like tarot cards and pagan art. To Nowicki, the proposed changes to the U-District would leave no winners. She pointed to a history of chain stores in the U-District failing where long-standing small businesses survived.

“People want small businesses here,” she said. “They don’t want yuppie wine bars. You want to spend time at Allegro; you’re not going to hang out at Starbucks.”

Nowicki attended the fundraising party along with many of the other businesses on the Ave. While she said that most likely, “a lot of places are going to get uprooted,” she remained obstinate that U-District businesses like hers were vital to the grounding of the community.