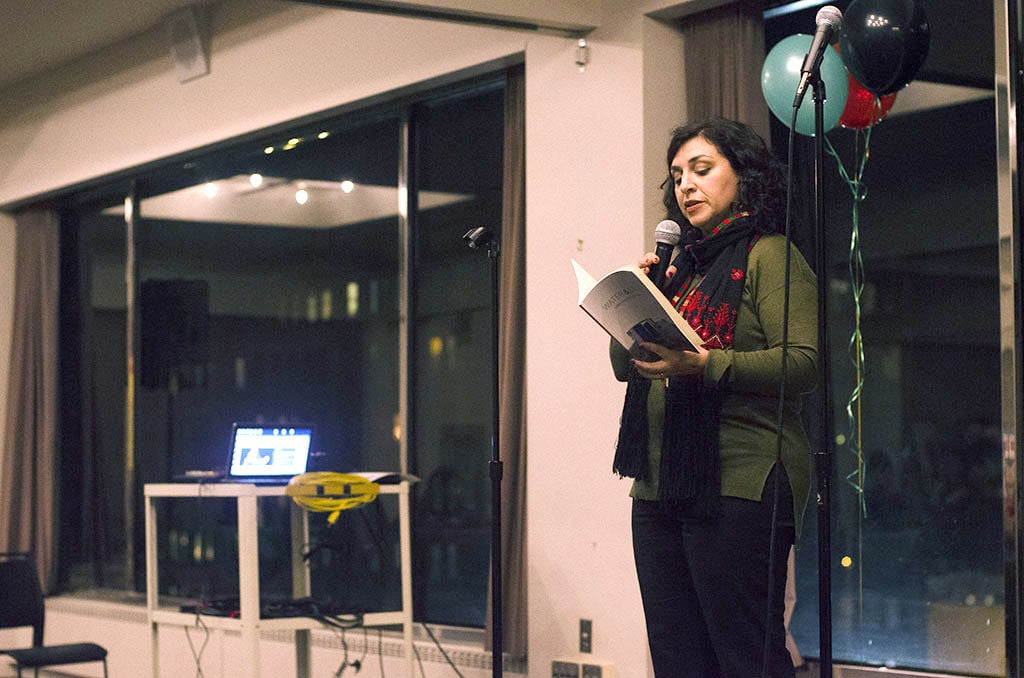 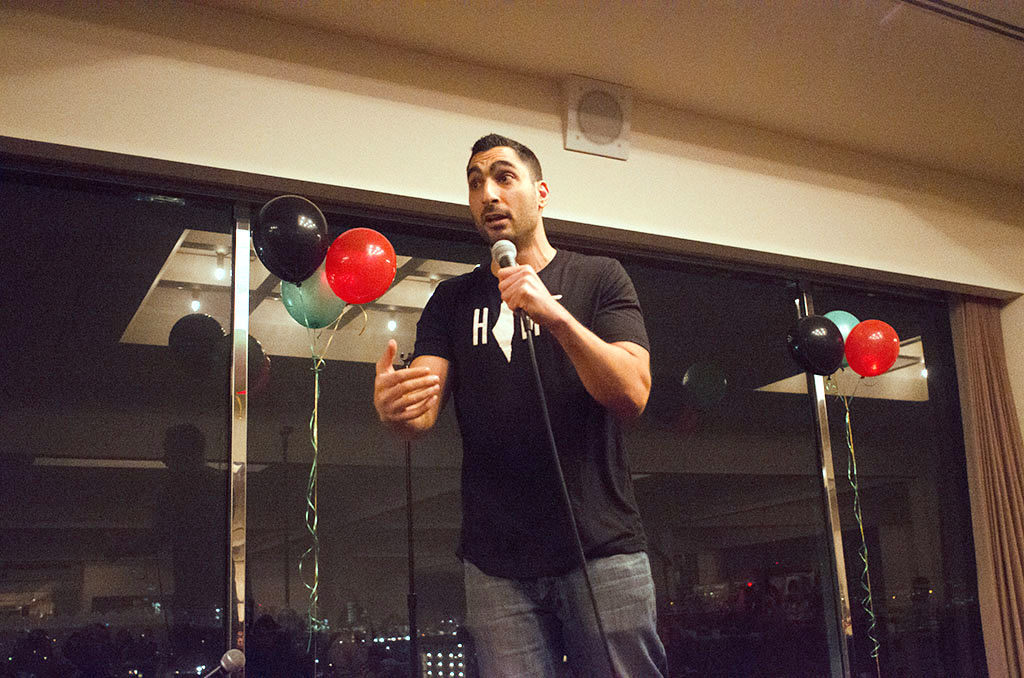 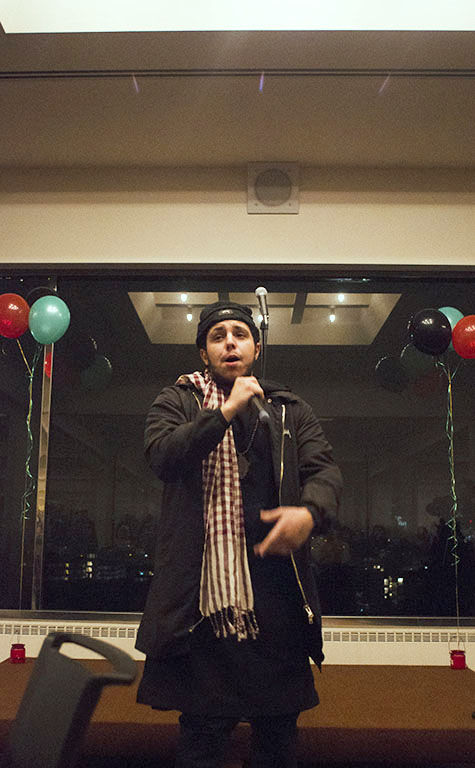 Rapper and poet Essam Mohammed performing one of his raps.

The night began with poetry: Essam Muhammad, Lena Khalaf Tuffaha, and a member of the organization Movimiento Estudiantil Chicanx de Aztlán (MEChA) performed in front of a window overlooking the Seattle skyline.

The inclusion of the MEChA member was part of the night’s emphasis on solidarity, and many speakers also stressed the importance of the Black Lives Matter movement. There was also a display featuring the photography of UW student Yabsira Wolde.

After the Jafra Dabke Team performed dabke, a type of Arabic dance, Goodies Mediterranean Market provided falafels and baba ganoush for attendees while a silent auction and a souk (marketplace) sold prints and other goods from Watan, Standing Rock Solidarity, and PaliRoots.

Although the larger Palestinian Awareness Week focused on the many political struggles Palestinians face, this festival served to humanize Palestinians and spotlight the culture.

“There’s a really long history of cultural resistance in Palestine,” a SUPER officer said. “Part of being displaced from your home is the physical struggle of not having a home, but there’s also the struggle of losing your culture.”

The SUPER officials emphasized the importance of preserving Palestinian culture in the context of violent erasure by the state of Israel.

“A kind of central theme we see with Zionists is that [Palestine] was a land without a people for a people without a land,” another SUPER officer said. “Even before the ethnic cleansing and before the dehumanization of the Palestinians, there was this complete erasure.”

The night concluded with spoken word poetry by Palestinian-American Remi Kanazi, who was spurred to activism in the wake of 9/11.

“There was all this vitriolic language after 9/11,” Kanazi said. “People said ‘We have to bomb the Middle East into a parking lot.’”

Speaking on the importance of art in activism, Kanazi stated that, “with any movement where people are rising up, artistic resistance has been part of the fabric of that movement” and stressed the relationship between art and organization within social movements.

During his performance, Kanazi stressed the importance of active, organized resistance and of the Boycott, Divestment, and Sanctions movement. According to the website, the BDS movement focuses on placing economic pressures on Israel through divestment to end the colonization and occupation of Palestine. According to an officer, SUPER UW is responding to the Palestinian Civil Society’s call for university involvement in the BDS movement.

When asked to speak on the Israeli occupation, one SUPER officer mentioned their grandmother, who once returned to her home with her newborn baby to find an Israeli settler in her house, calling the police.

“There’s very heartbreaking stories that normal people would never be okay with, that we’re okay with [when it comes to] Palestinians facing because we’ve dehumanized them so much,” the officer said. “So I think the most important thing to come out of this night is that people need to humanize Palestinians. They need to humanize Palestine in order to understand how insanely grievous it is that Israel is continuing to act this way, has been allowed to continue to act this way, and that UW is actually investing in it.”