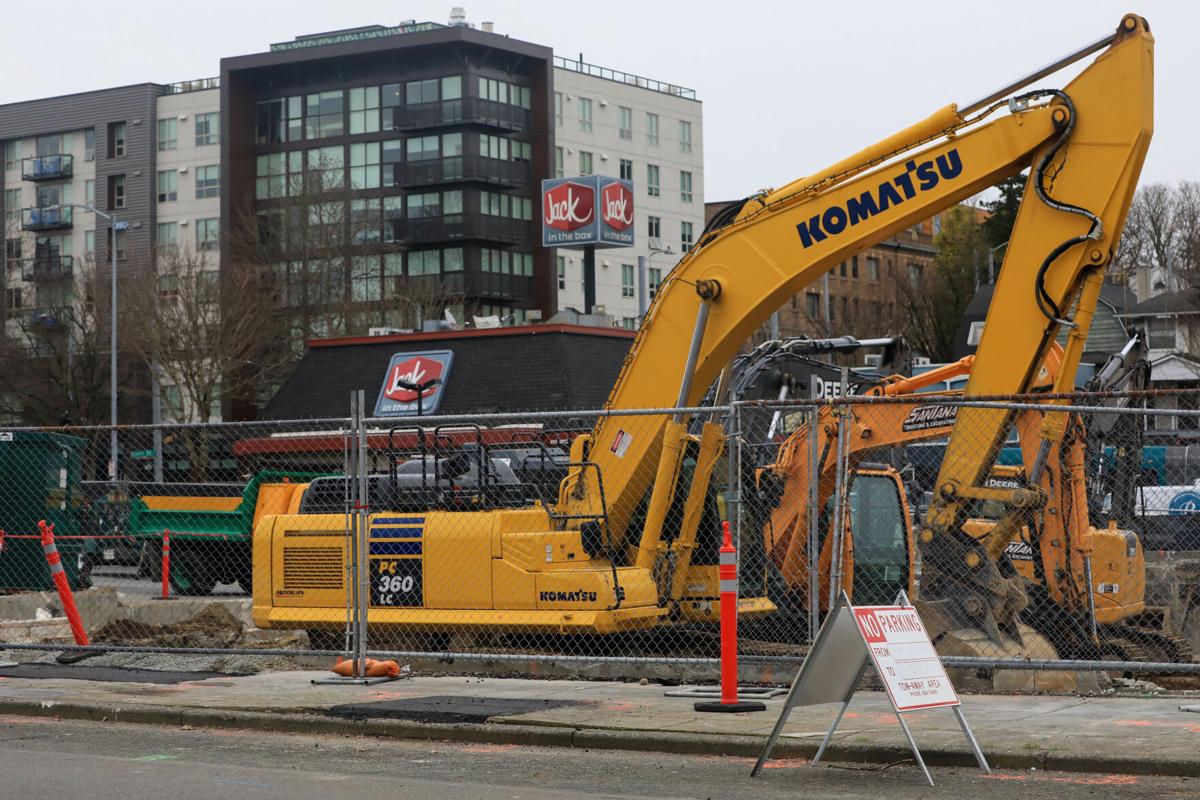 Construction on new buildings have continued through the pandemic at 4732 Brooklyn Ave NE. 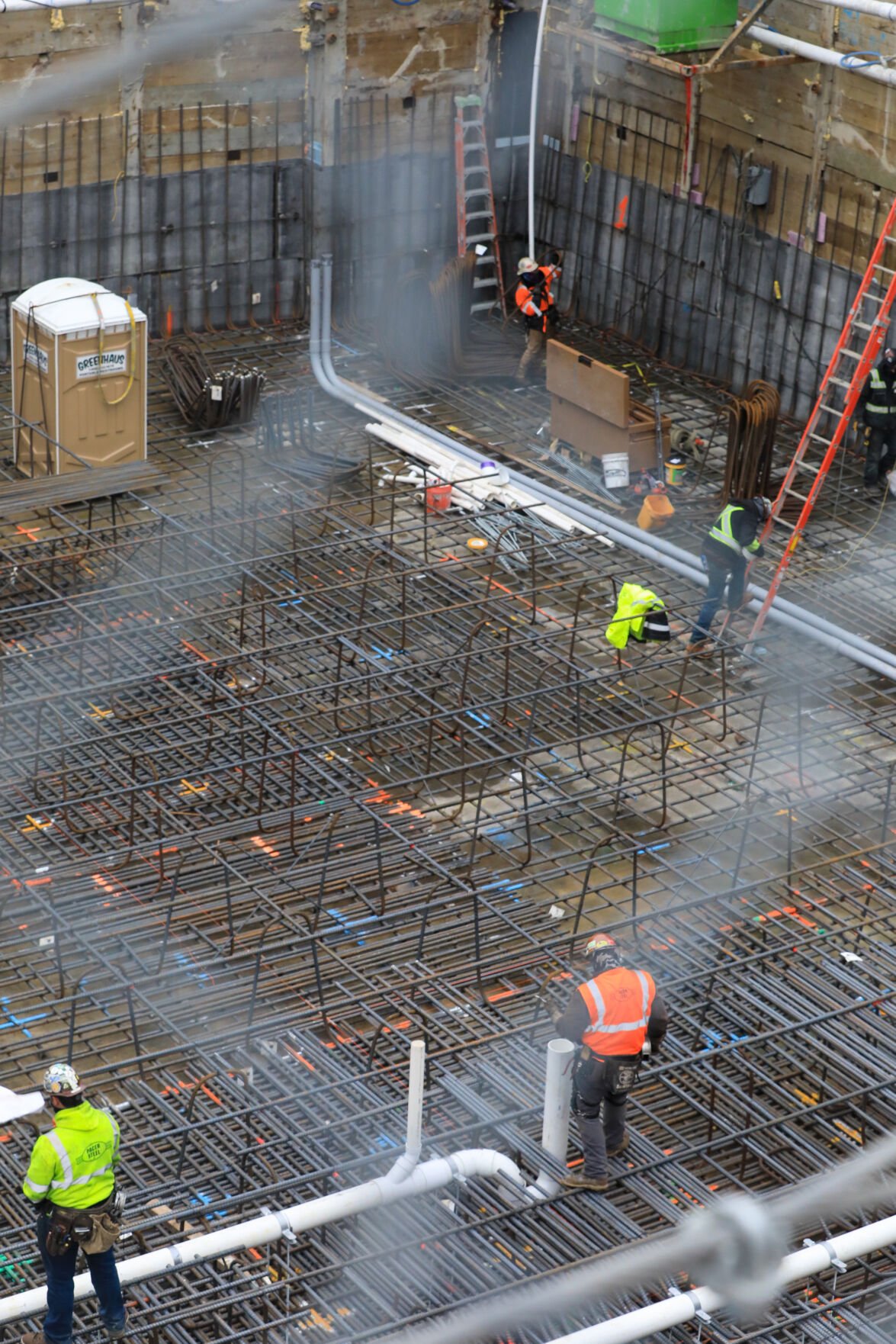 Construction workers on Brooklyn Avenue work on the foundation.

Construction on three high-rise developments began recently in the U-District, continuing a trend of taller towers in the neighborhood.

The Hub 2 and the Standard Towers will both be purely residential buildings, 25 stories each. On Brooklyn Avenue, there will be a new Safeway in a building that will include around 180 residential apartments.

The Safeway redevelopment project, as well as the Hub 2, will include small, publicly-accessible parks in addition to their buildings. This is in part due to zoning rules that include a requirement to contribute to community character and enhance and include open spaces in project designs.

There are about 19 developments of 11 stories or higher in progress, completed, or in the design review process at the moment, according to Katy Ricchiuto, built environment community relations manager at the U District Partnership. In total, these high-rises will include about 3,700 residential apartments.

“The majority of those towers are residential, and if you look at the plans, some of them are pretty obviously geared towards students,” Ricchiuto said. “They can't dictate who lives in them, but they're building for the population of the University of Washington that will be increasing.”

Since the rezoning process changed in 2019, private developers have been able to build residential and commercial projects that are taller than 33 stories. This change has caused many developers and owners to invest in taller buildings with more units than ever, often replacing pre-existing low-rise and mid-rise developments in the neighborhood.

In the Urban Design Framework, the city ensured that height limits closer to the Ave would be lower, according to Matt Roewe, a former representative from the Seattle Planning Commission who was involved in the rezoning process. The city made this decision primarily to preserve the character of the neighborhood, while allowing areas outside of the Ave to develop high-rises ensures that the community can continue to grow and develop.

“They kept the height limits lower around the Ave because of the character of that neighborhood and the existing buildings — they didn't want to push those away,” Roewe said. “But in the underdeveloped sites where there were a lot of parking lots and properties at the end of their useful life [they raised the height limits].”

Another major reason for these developments is the construction of the Northgate extension of the light rail, including a light rail station on Brooklyn Avenue between Northeast 45th and Northeast 43rd Streets. This light rail extension will make transit more appealing and makes development in the area a more lucrative investment.

“With a transit service, providing a huge amount of walkability and choice in how one gets around — plus, there's already a large employer there — there's a lot of interest from the community to go big,” Roewe said. “And the reason to go big was that if we allow more development, we'll get more public benefits: the public benefits being affordable housing, and open space, and preservation.”

More details on specific construction and the future of development can be viewed on the Seattle in Progress website.