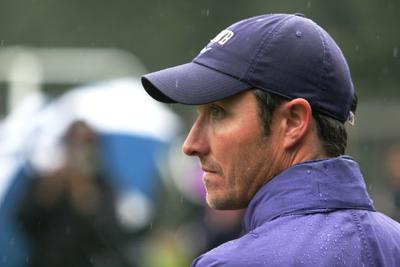 The day before longtime head coach Greg Metcalf stepped down, a group of upperclassmen distance runners went to the athletic department with a list of grievances from athletes detailing physical and verbal harassment by Metcalf, multiple sources in and associated with the UW track program confirmed. If something was not done, the upperclassmen reportedly threatened to go public with the information that Metcalf had been weight shaming, encouraging unhealthy eating habits, and making profane statements.

The announcement about Metcalf's "mutual separation" from UW Athletics sparked questions about timing among the cross country and track communities; it was unclear why he would be parting with the team just a week before NCAA West Preliminaries. But according to track athletes past and present, his resignation was the final step in a long series of complaints that Metcalf had physically and verbally harassed distance runners.

The Daily contacted Metcalf, but he did not provide a comment.

According to these athletes, Metcalf encouraged athletes to be skinnier, sometimes to unhealthy or extreme levels. This led to athletes’ bodies breaking down, they said.

Jamie Coughlin, who ran track in 2015, decided to drop after his freshman year. While there were other factors that led him to leave, he said that the culture Metcalf created was part of the reason he no longer enjoyed being part of the team.

“A metaphor that was often thrown around was that he was just sort of throwing as many eggs at the wall as he can and seeing which ones would break,” Coughlin said. “He really pushed a lot of athletes to deteriorating. Which is what distance running is; it’s about toeing that line, but sometimes it seemed Metcalf would be willing to risk peoples’ health in order to have a strong team.”

He also allegedly touched and grabbed at athletes’ bodies, looking for evidence of weight gain.

“One thing he would do was when we had one-on-one talks with him after a practice,” a team member who asked not to be named said. “He would often be very physical and make it appear casual but he would grab at your shoulder and be at your hip, and it would seem to indicate that he was checking your weight.”

This conduct was not a new development for Metcalf, according to athletes who were part of the program and left, at least partly due to his actions. Even athletes who were already very thin were not immune to this type of behavior.

“For me, I’m 6’3” and I’m 150 pounds and I’ve been like that all of college,” Sumner Goodwin, who transferred from the UW to Gonzaga in 2015 and graduated from there this spring, said. “My body fat is 2.1 [percent]. If I was running poorly during a workout he’d come up to me and be like ‘Sumner Goodwin, how’re you doing?’ and touch my belly and feel my belly to see if there was any fat there. That was definitely a thing.”

“[Metcalf] would literally come up to people, pinch them like this [gestures to side belly and rib area], and say ‘You’re looking a little chubby,’” Coughlin said.

This led to unhealthy eating and training habits in those who were coached by Metcalf, athletes said. He allegedly would come into training table, specifically looking at and commenting on the food on athletes’ plates.

“I would scramble to make sure that my plate was fine, so that he would look at it and it would be healthy or a small amount. That was always an issue,” said senior Rose Christen, who medically retired in fall 2016.

“These are runners who are putting in 60 to 80 miles a week and probably not eating enough, and they’re telling them to eat less or eat different, and usually a solid third of the girls’ team was out on injuries because their bodies were just not able to keep up,” said Aaron Schlossman, a UW senior who dropped the track team after the 2016 indoor season.

That wasn’t the only type of negative feedback Metcalf gave to his runners.

“He’s called me a piece of shit multiple times when I’m running bad or just not doing well,” Goodwin said.

Multiple runners on the team described an atmosphere that Goodwin likened to a “police state,” as athletes were encouraged to report on one another to the coaching staff.

“I couldn’t really trust my teammates because if I did any small thing they’d report it to Metcalf,” Goodwin said. “The smallest things, from nutrition to what I did Friday night or Saturday night would be reported.”

“I just experienced a lot of manipulation,” Christen said. “It was really hard to get a word in edgewise. It was hard to express anything that I was thinking. It was very much about him talking and him persuading you. Every single meeting I would go in with ‘I want to say this, I want to do more speed work, I want to do this in the weight room, I’m going to tell him what I need as an athlete.’ [And] I would walk out like ‘What just happened? I just agreed to the exact opposite, I’m so confused.’”

“On the morning of Thursday, May 17, University of Washington athletic department officials were made aware of student-athletes’ concerns of potential misconduct regarding Coach Greg Metcalf,” he wrote. “As per departmental policy, athletic officials initiated appropriate processes immediately. In a meeting with athletic department personnel later that afternoon, Coach Metcalf determined that it was in the best interest of the program for him to step away from his position as head coach.”

The next day, at a team meeting, Metcalf announced his decision to step down. In its statement, the athletic department described the departure as a “mutual separation.”

“They sent out an email midday on Friday saying there was a team meeting that evening and we all showed up not really knowing what it would be,” the previously mentioned unnamed team member said. “We vaguely thought it would be something about the investigation and what would be going on with that. Then he was there and that was unexpected. He gave this speech and we weren’t sure exactly where it was going from the beginning but very quickly in he said he was resigning.”

“It seemed to be that they were giving him a second chance of sorts,” the unnamed track athlete said. “I wasn’t around at the time but from what I’ve heard there was a one-year contract initially that he was re-signed for and that was supposed to be a test of what happened. From talking with other athletes it sounded like he was really mellowed out that year and really wasn’t interacting with the team much for the majority of the year.”

From 2015 to 2016, Washington put together one of its best seasons in recent memory. The Huskies won their first West Regional cross country title in program history in fall 2015, and Metcalf won Pac-12 Coach of the Year during the 2016 track season. Metcalf remained in his role as head coach after the season.

As a program, Washington has dealt with attrition more than other western rivals. In the past five years, 41.7 percent of long-distance Huskies have left the program, either transferring to other schools or retiring. Forty-nine percent of UW male distance runners between 2013 and 2017 —  nearly one in two — left the program before exhausting their eligibility on Montlake.

Following the 2014 cross country season, a group of runners ran into Metcalf at a tailgate prior to the Apple Cup. Per Goodwin, Metcalf appeared to have been drinking and proceeded to publicly insult one of the female athletes, calling her “fat” and “slow,” and using profanity. Her friend, another runner stepped up to defend her, and soon the rest of the team knew of the incident, according to Goodwin.

That, in part, soon led to the first investigation. According to Goodwin, athletic department officials had the friend come in to give a report, but she lied in order to protect her coach.

The current senior class had just began their careers on Montlake then.

Jason Drake, who had previously been an assistant coach for the men’s distance runners, was named interim head coach immediately after Metcalf’s departure. A nationwide search for a new head coach is underway.