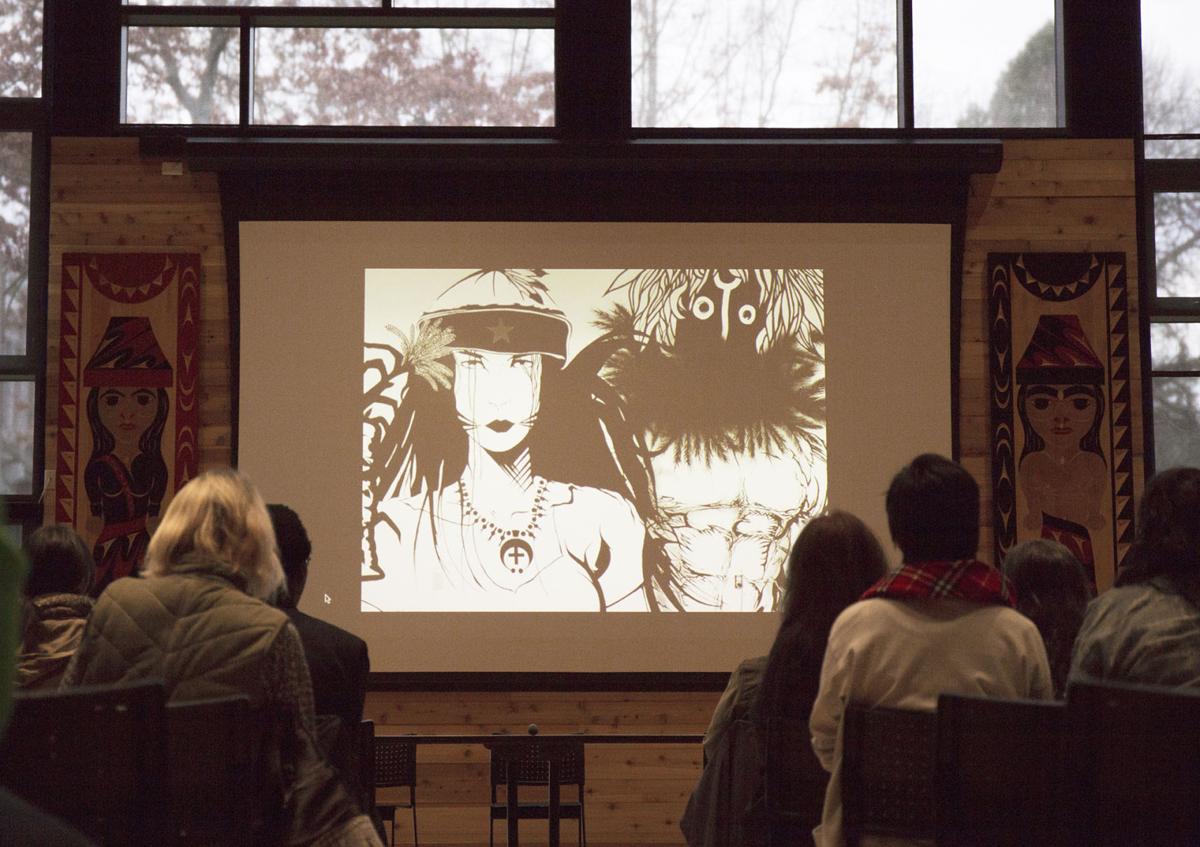 A scene from "Because Of Who I Am," one of the short films presented by Marcella Ernest. 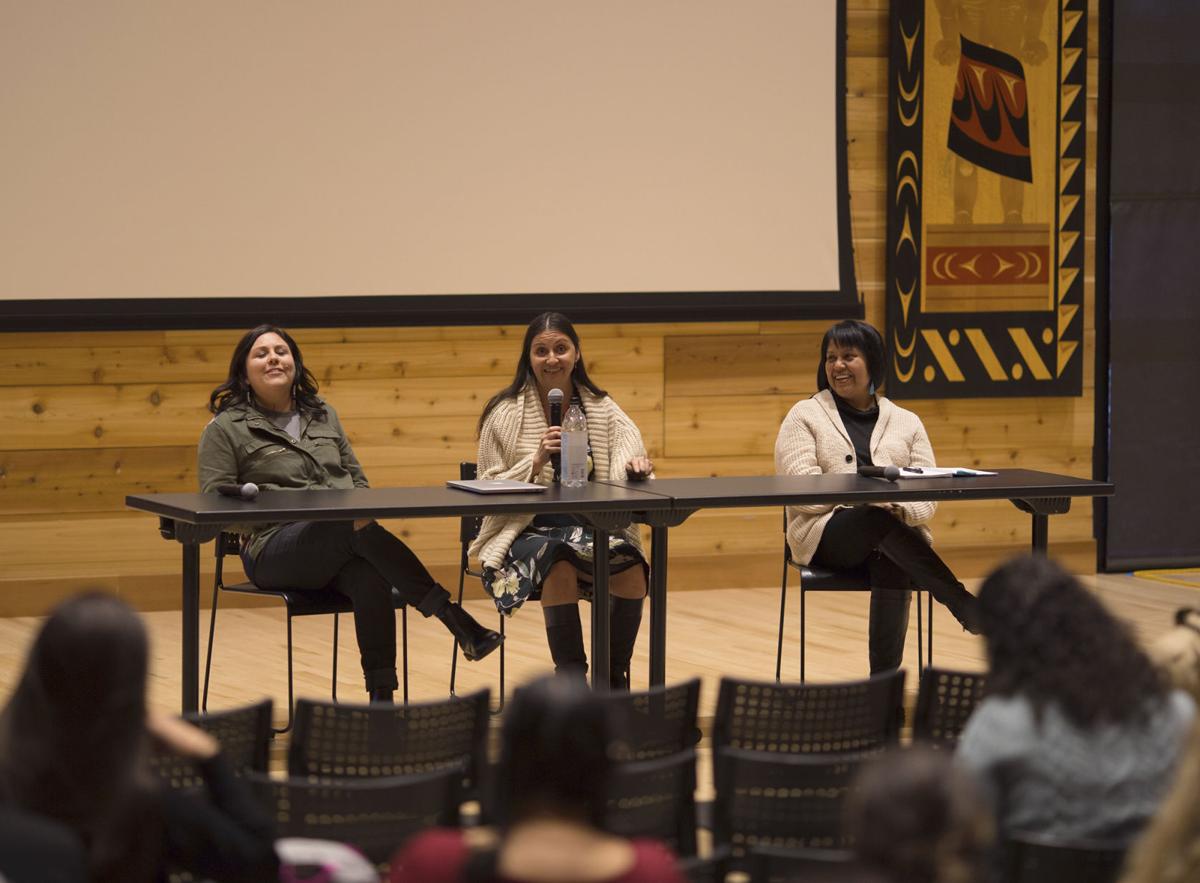 Last Friday, the wǝɫǝbʔaltxʷ Intellectual House was full of students, faculty, and community members who gathered to celebrate the works and narratives of indigenous women-identifying scholars.

“The voice of indigenous women is an important one,” said Casey Wynecoop, the administrative coordinator at the Intellectual House. “Their role in American Indian, Alaska Native, and indigenous populations around the world has always been important. Upon contact with colonizers, their voices became quieter, oppressed, [and] silenced. We strive to uplift their voices.”

The event was titled “Finding Native Feminist Pleasure in Film: Indigenous Queens who Refuse to be Princesses.” It was part of a series hosted by the Intellectual House titled “Indigenous Feminisms,” which intended to explore the complexity of gender identity and how it connects to the history of indigenous people while providing supportive programming to Native American students, faculty, and staff.

“The voice and the work of women in American Indian [and] Alaskan Native communities is paramount and integral to our survival,” Wynecoop said. “It’s how we’ve survived thus far.”

Indigenous feminism can be used to explore nationalism and decolonization. Attendee Cecilia Leyón is a graduate student at Goddard College working toward her Master of Fine Arts in Interdisciplinary Arts with a concentration on indigenous populations and decolonization. She was excited to see how the speakers could provide insight into integrating elements of decolonization into art.

“When it comes to colonialist lens of people in other countries or cultures, people focus on diminishing the women’s role … and ignore that queerness even exists,” Leyón said. “When anyone can tell their own story in spite of oppression, I support that. That’s the whole point of pushing for an educational experience like this because it informs people on how to interact and relate with each other.”

The event featured three indigenous women scholars who shared work that challenges contemporary representation of native women and challenged people to embrace their identity. Each artist shared a few pieces of their work and explained the intersection of feminism in their art.

Marcella Ernest, an Ojibwe artist and Ph.D. candidate in American studies at the University of New Mexico, screened two of her short films titled “Blood Memory” and “Because of Who I Am.” Her work focused on family narratives and the power of storytelling. In particular, “Blood Memory” focused on her response to archival footage of her family.

“I wasn’t thinking of my grandparents and ancestors as intellectuals until I started reading more about what native feminism was,” Ernest said. “It helped me to find power within something that already existed within me.”

Chris Finley, an assistant professor in American studies and ethnicity at the University of Southern California, also spoke about the sexualization of native bodies in visual media.

“There is so much more to indigenous lives than damage. Because of all the difficult hard work of native activists and ancestors that have come before you, we can give voice to queer indigenous feminist pleasure,” Finley said.

Finely spoke about popular media representation of indigenous people as rooted in the past.

“A queer indigenous reading of popular culture places Native American people in the present and future while offering sex positivity as an alternative to desexualizing native communities,” Finley said. “Since we are such a highly visualized race, we need to start re-visualizing ourselves.”

Lastly, Rachael Nez, a third-year Ph.D. student at UC Davis, spoke about her work creating a series of animated children’s shorts that integrates her interest in heritage languages. After each person shared their art, there was a question and answer panel with audience members. Attendees came from a variety of disciplines, from international studies to museology.

Casey hoped that attendees left with hope, inspiration, and resilience, which were certainly takeaways for Ruby Stacey, a senior in the UW Community, Environment, and Planning program. She had read Finley’s book, titled “Queer Indigenous Studies: Critical Interventions in Theory, Politics, and Literature,” which informed her senior project’s focus on how native communities can transcend colonial identities and heal through relationships.

“They really fueled my fire, and I’ll keep trying to delve deeper into the work that I’m doing with regard to healing in the native communities … [Indigenous feminism] challenges settler colonialism, capitalism, [and] white supremacy in a very direct way,” Stacey said. “We’re honoring each other, [and] I think that’s what this space is about.”

This discussion is incredibly important in the current political climate, particularly with the current impact of political borders on indigenous people.

“So much of dominant society tells us that our identities are something in the past, and that erases our narratives,” Stacey said. “This event reminds us that we do have something to fight for, and this is how we can learn from each other and be in the fight together.”