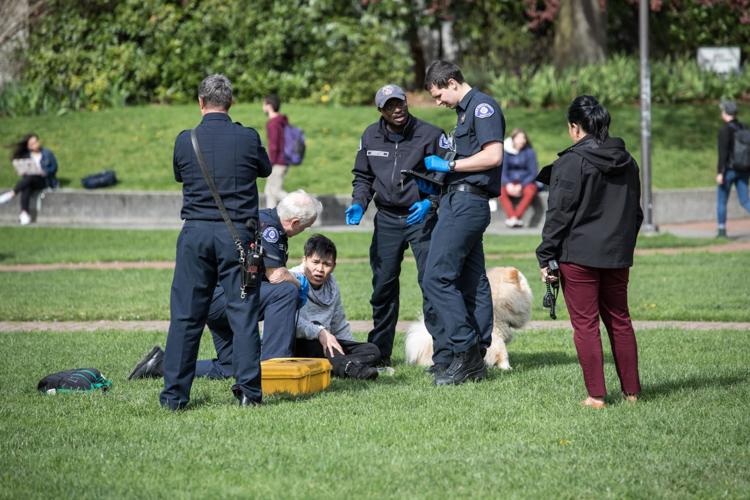 The owner of the Chow Chow, who allegedly had a knife, is assisted by paramedics while his dog sits by his side. 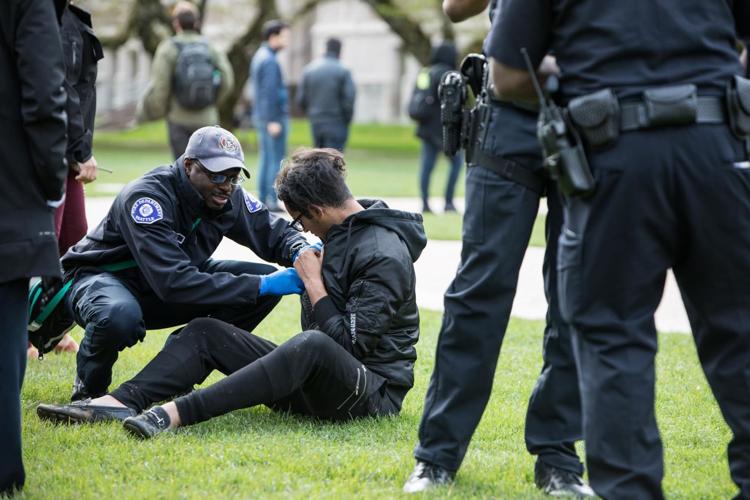 A young man who was engaged in the fight receives medical attention from paramedics. 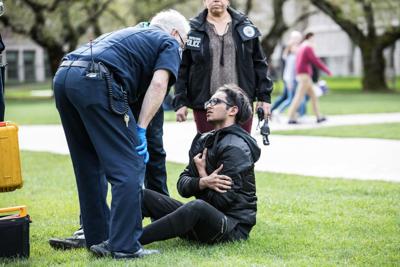 “We set our dog off leash and he was wandering around and that guy has a Chow Chow, so obviously he went and said hi, and then that guy started kicking my dog,” said UW junior Emma X, who is also a girlfriend of one of the young men who was engaged in the fight. “So I sent my boyfriend to get my dog back.”

Upon asking why their dog was being kicked, a fist fight broke out.

The Daily arrived on the scene at about 4 p.m. after police were already present. The young man with the Chow Chow who allegedly had the knife was being tended to by paramedics for what appeared to be some scrapes on his forehead. The other man had fled the scene before walking back to talk with police officers. He refused to comment on the fight.

The two men were not arrested by the officers and were free to leave the scene.

The Daily will update this story as more information becomes clear.

‘They’re expecting one person to do the job of three’: UW Medicine continues to struggle with staffing shortages

“An opportunity to stand up for one another’: ASUW Senate votes to expand access to reproductive health care

From Seattle to South Korea: How UW researchers are making a global impact through COVID-19 vaccine development