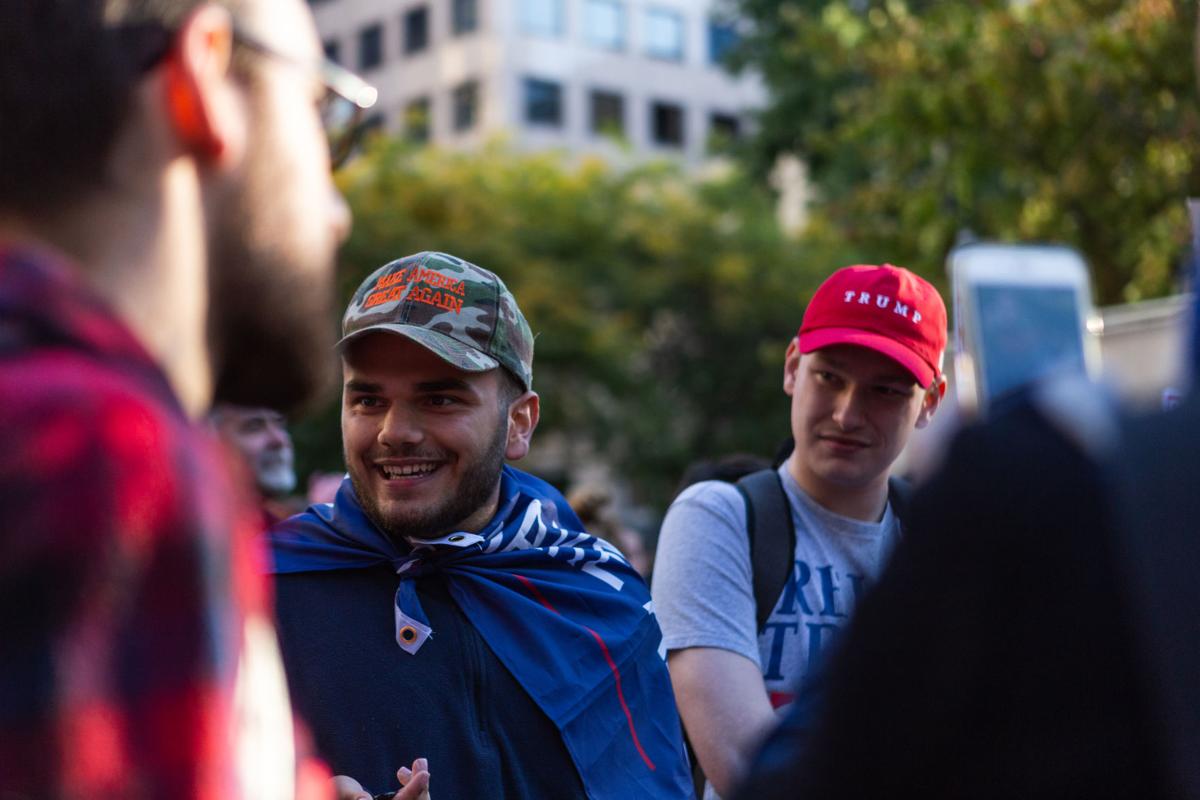 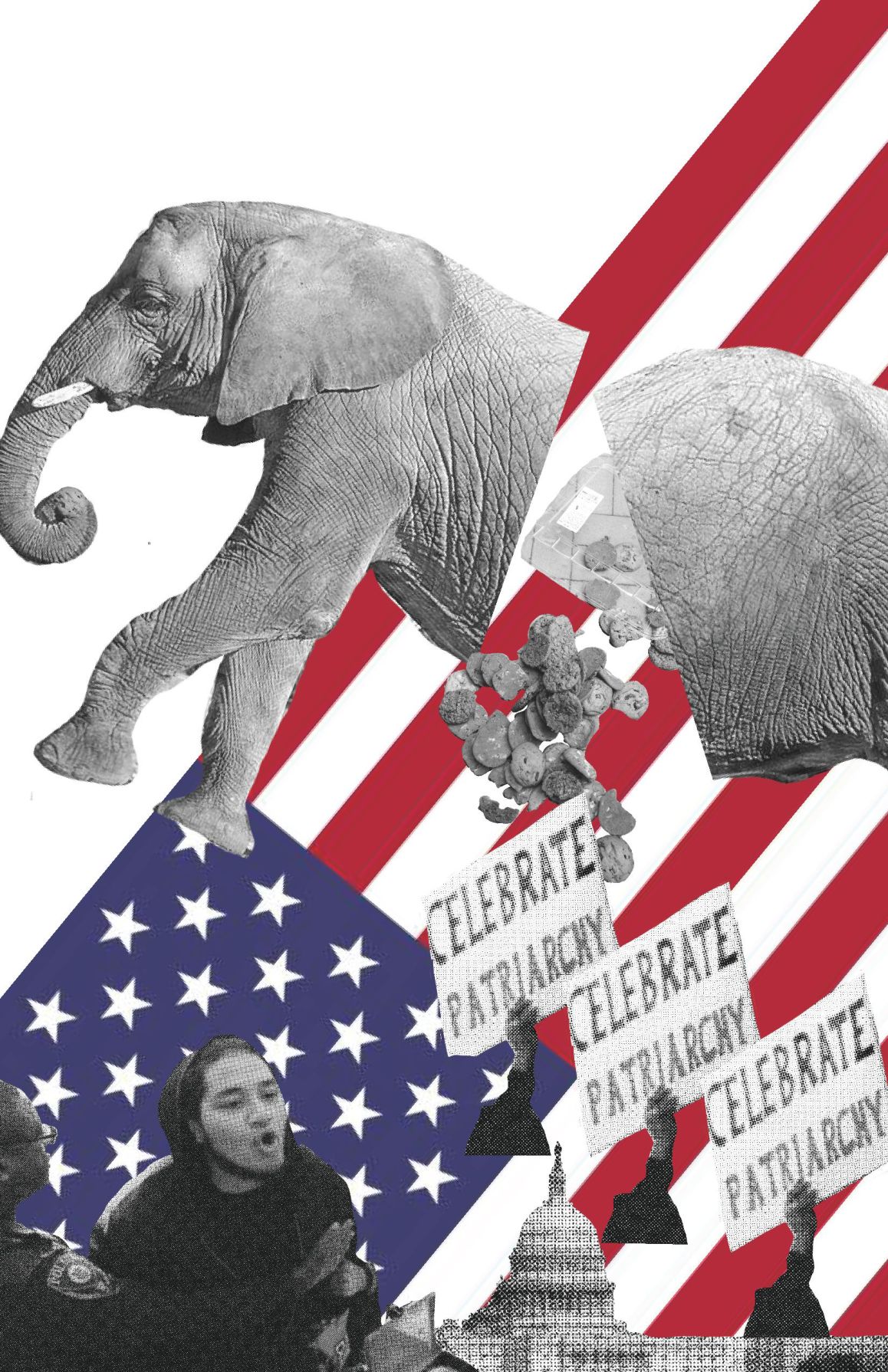 Like so many RSOs at the UW, the College Republicans chapter (UWCR) was small in 2015. So small that most of its meetings consisted of its five officers, and if they were lucky, three or four others would join.

Events were few and far between. One highlight was when the club hosted Seattle’s Michael Medved, a conservative radio host, who faced backlash in 2016 for opposing Donald Trump’s presidential candidacy.

UWCR members would offer to help staff events for local Republicans, and often found themselves underwhelmed by the small turnout.

“The election had people come out of the woodwork and the momentum doesn't seem to have slowed,” Jessie Gamble, then-president of the UWCR, said.

Gamble, who said about 15 to 20 people were showing up as the campaign heated up, figured her fellow Republicans on campus had resigned themselves to the idea that Democrat Hillary Clinton would probably win the election, so they were excited to see the White House turn red after eight years out of power.

In almost exactly three years, the UWCR saw a meteoric rise in attention and then a fall as they lost the backing of their state and national colleagues.

Before long, they would be making national headlines by bringing controversial speakers to campus who drew accusations of racism and large counter-protests.

Now, the club ceases to exist — at least in the eyes of administration.

In almost exactly three years, the UWCR saw a meteoric rise in attention and then a fall as they lost the backing of their state and national colleagues.

When the UWCRs first invited provocateur Milo Yiannopoulos to campus, most students, including the organizers, were fully expecting Clinton to become the 45th president. With this in mind, the rally was meant to be an event to protect free speech.

After Trump’s surprising victory, however, the event morphed into something much different.

The protests famously ended in the near-fatal shooting of an anti-fascist protester.

In the deep-blue that is the UW’s main campus, Gamble says the group never had a good reputation, but that violent night didn’t help.

“That didn't necessarily get worse after Milo, just amplified,” she said.

About a year later, UWCR again pushed the envelope by inviting the far-right group Patriot Prayer to campus, which resulted in five arrests.

And yet in the aftermath, Gamble, who graduated a few months later, says the local party was excited to see the UWCR getting people involved and making the news after previously struggling to turn out students.

About a year later, UWCR again pushed the envelope by inviting the far-right group Patriot Prayer to campus, which resulted in five arrests.

“The WCRF will immediately prioritize colonizing new chapters at UW and WSU,” the resolution goes on to read.

In revoking the UWCR’s charter in April 2018, the state-level college Republicans expressed concern over the group’s “intention to withdraw from the federation.”

In Facebook messages obtained by The Daily, UWCR members joked about seceding from the WCRF and building their own federation with the Washington State University (WSU) College Republicans.

“But that makes us look soooooooo petty,” contested another member.

Jack Pickett, a UW student and then the WCRF chair, didn’t waste time. He moved to start the College Republicans of the University of Washington (CRUW), which quickly received a charter from the WCRF.

A chance for reconciliation

Despite all this, the WCRF still allowed the original UWCR to operate on campus while Pickett attempted to merge the UWCR with his new, chartered group. According to their agreement, the groups would merge together after the 2018-2019 school year and reapply for the charter then.

The agreement had a caveat, though: the UWCR had to show good behavior on campus.

It didn’t take long for them to break this contract.

The UWCR’s anti-affirmative action bake sale was, according to Pickett, a “clear breach of this term.”

“We remind you that the UWCRs remain unrecognized by the WCRF or College Republican National Committee,” Pickett wrote in an email.

Then, earlier this month, the UWCR were forced to suddenly abdicate their resources and give up their RSO status.

The agreement had a caveat, though: the UWCR had to show good behavior on campus.

In a letter to UW administration, the chair of the College Republican National Committee (CRNC) said, “We will have nothing to do with this unauthorized group as it is the policy of the CRNC that campuses be free from hurtful or inappropriate speech and be a forum for safe, lively, and diverse opinions being expressed from every corner of America.”

Other college Republicans in Washington don’t quite agree with this move though.

Meanwhile, the former UWCR leadership has threatened to sue, holding that the WCRF did not go through proper proceedings in revoking their charter.

Pickett, however, has a different version of the story, which hinges on the UWCR’s Facebook messages.

“We never went through a formal revocation process,” Pickett told The Daily. “They chose to give up their charter.”

The WCRF doesn’t seem worried about the possibility of a lawsuit.

“The state board and the national federation would certainly win 10 times out of 10,” Davis Halsan, a former WCRF board member, said.

Although Pickett wanted to join the College Republicans ever since getting to the UW, he was concerned about the group’s tone and tactics.

After losing the election for president to Chevy Swanson, he felt quickly ostracized from his fellow campus conservatives. Two and a half years later, Tooloee accused Pickett of holding a grudge against the UWCRs and for not remaining loyal to Trump.

But with the UWCRs out of the way, Pickett is taking over as the interim chair for the revamped Husky College Republicans.

Pickett hopes the new club can be open to all conservatives who want to engage in thoughtful conversation.

“There’s so much more to politics and to the Republican Party, frankly, than ‘Do you support the president or not?” Pickett said. “I want the Husky College Republicans to be a place where you can be a Make America Great Again die-hard Trump fan and you can be someone who doesn’t like Trump at all.”

“The club seems to be looking for the next big headline. That's my perspective looking back over my shoulder, to be honest.”

Even Gamble looks back on her time at UWCR with some misgivings and sees how her tenure laid the groundwork for the attention-seeking provocateurs that would follow her.

“I think there's been a big emphasis on just getting attention after Milo instead of working on a grassroots level,” the former UWCR president said when Yiannopoulos was brought to campus. “The club seems to be looking for the next big headline. That's my perspective looking back over my shoulder, to be honest.”

Despite the strife, the former UWCR have not gone away quietly. Former head Chevy Swanson, who declined to comment for this article, was on Fox and Friends last week to bash safe spaces on college campuses. The UWCRs have also continued to advertise regular meetings to talk about their future.

For now, the first priority Pickett lists is getting weekly meetings on the calendar. His officers and maybe a few other people will probably show up.