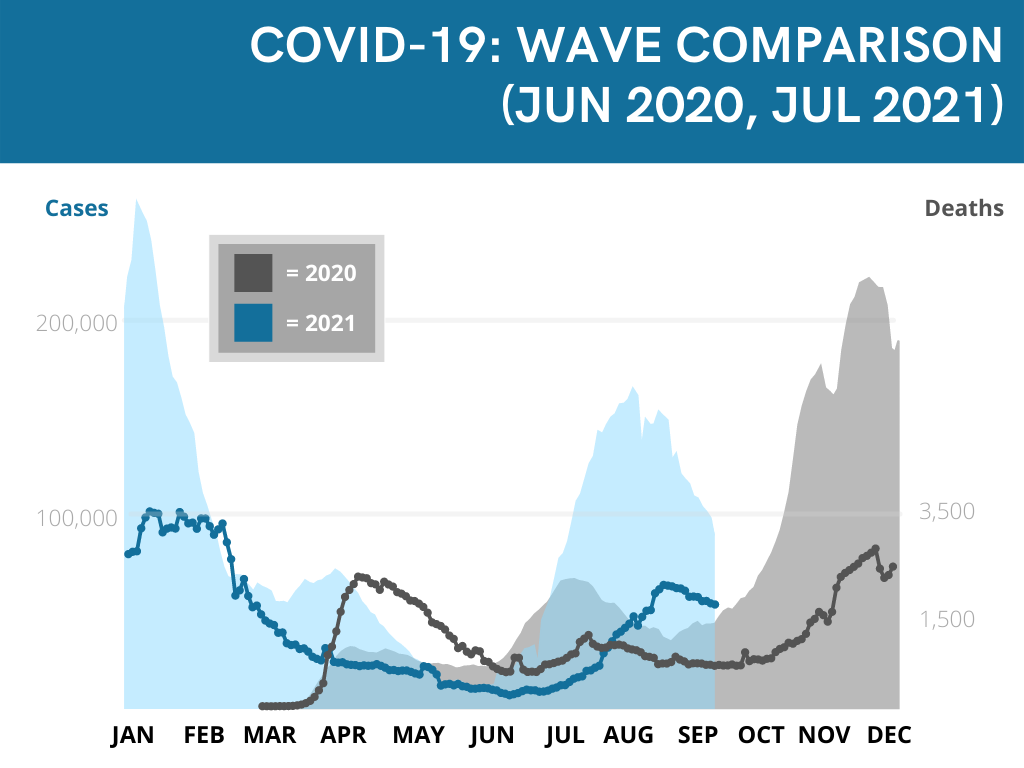 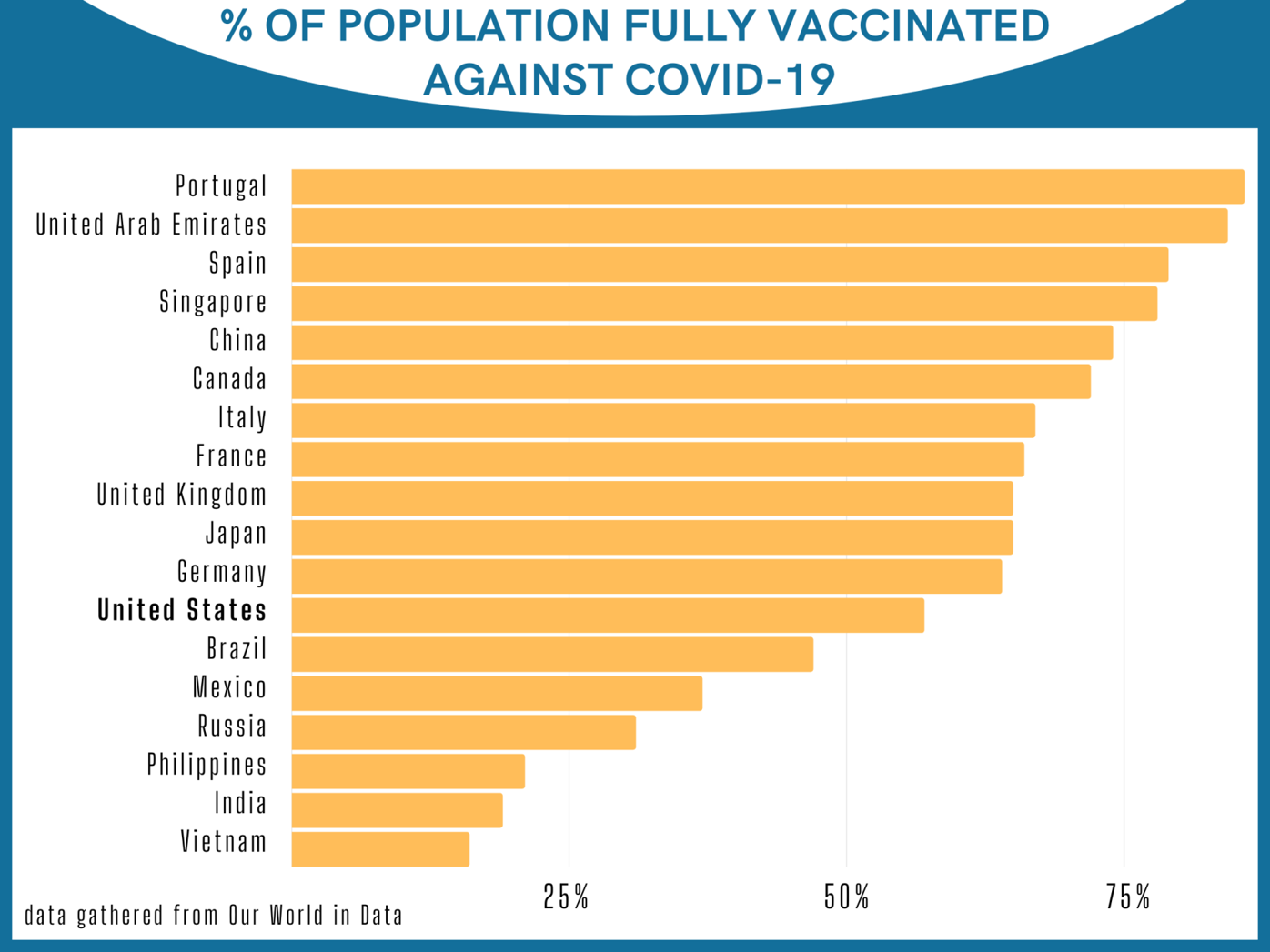 Following Seattle’s hottest summer on record, the cool, fall air comes like a sigh of relief. Leaves are turning, bells are ringing, and in-person classes are back in session. But students and staff know what else is in the air — the coronavirus.

You’ve heard it all — “unprecedented times,” “we’re all in this together,” “the return to normal.” Well, we can’t go back, and why would we want to? As the late anthropologist David Graeber wrote in “The Utopia of Rules,” “The ultimate, hidden truth of the world is that it is something that we make, and could just as easily make differently.”

King County is benefitting from a 70% vaccination rate in its total population, but cases are mounting as our university opens its doors once again. Between packed lecture halls and cramped classrooms to the bustling streets of Seattle, we are effectively guinea pigs in a policy-making experiment.

Daniel Bessner is an associate professor at the Jackson School of International Studies and is a non-resident fellow at the Quincy Institute for Responsible Statecraft.

“The United States since World War II, particularly what might be called the power elite in the [United States], has created a global system, at the top of which stands the [United States], particularly its consumer class, which is most Americans,” Bessner said. “We live off cheap food, we live off cheap consumer goods, and our consumption has come at the expense of not only other countries, but, to some degree, the planet itself. Of course, during COVID-19, it comes at the expense of health — literal health.”

Social distancing, lockdowns, and quarantine have thrown a wrench in the global supply chain. Today, the United States is the world’s biggest consumer. The pandemic has hindered our material relationships abroad, as well as our culture of consumption at home.

In that case, we must ask what the trade-offs between public health and profits are in both short and long term. Does the pervasiveness of the pandemic defeat the purpose of going back to work?

“I also think it’s very difficult to just halt an economy based on capitalist relations of exchange and labor. It’s not like Americans consistently get money from the government,” Bessner said. “So if there’s not a culture that supports paying people not to work, then you’re not going to pay people not to work, and it’s not the American way in a real sense.”

To historicize the American identity, I had to acknowledge that the average weekly hours worked in the United States have remained relatively high since World War II, hovering at around 40 hours despite technological innovations.

“I imagine if one was able to compare actual hours worked between 1945 and 2021, it would be different … because there’s less work to be done today, and there’s a lot more productivity gains,” Bessner said. “This is a quote from someone — ‘Your boss really does have a tyrannical relationship with you in this country. They can just fire you at any moment.’ So there’s this constant precarity and constant fear which also induces Americans to go back to work quickly.”

If we think of precarity as a feature and not a bug in our capitalist system, it seems the pandemic has hit a majority of Americans the hardest. It’s important to consider whether the move to restart the economy and open up stadiums is even in their best interest.

“I’m not a vaccine expert, so there’s a limit to my knowledge, but my understanding is that it seems like if you’re vaccinated, you’re relatively safe from serious consequences from COVID-19, but that also having mass gatherings might contribute to transmission,” Bessner said. “So essentially, the problem that people have to face is the trade-off between restarting their lives, which at some point has to happen, and preventing COVID-19 from mutating in a particular direction.”

Work to live, live to consume, consume to profit — the vicious cycle just continues and continues. Is this compatible with a deadly virus?

“From my end, I don’t see the need to gather 50,000 people in a stadium, that seems to not be necessary to how people work,” Bessner said. “It also seems like in a lot of industries, one would be able to work from home, which does not only help with preventing COVID-19 transmission, but might actually be the more humane thing to do anyway. I think what COVID-19 has done is that it opened new spaces to think about new political possibilities that had otherwise remained closed.”

Looking at foreign policy, recent influxes of refugees from Haiti have been denied refuge at the Southern border amid supposed health risks. President Biden has invoked Title 42 of the U.S. public health code to refuse entry to irregular immigrants on account of an ongoing crisis.

“So, then, the Biden administration should just send vaccines to Haiti. I don’t think the Biden administration cares especially much about refugees, and it’s been a big disappointment to see a lot of people who claimed to have cared very much about refugees during the Trump administration to have essentially totally forgotten it,” Bessner said. “It’s a real problem, the lack of people the U.S. allows into this country … Both morally and from a policy perspective, I think that it’s been a shame that people haven’t been highlighting this like they did during the Trump era.”

In 1955, Edward Murrow interviewed the inventor of the polio vaccine, Dr. Jonas Salk, and asked him who owned the patent. He responded, “Well, the people … could you patent the sun?” In the present age, cash is king.

Profits over people: Neo-colonial relations reflected in access to vaccines

Has the last year taught us anything?