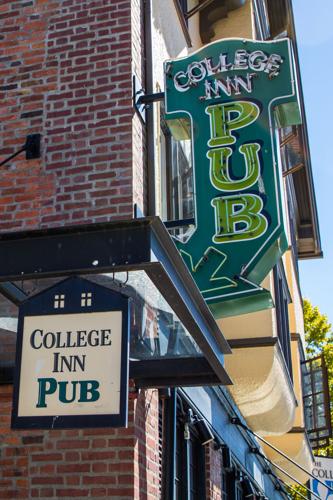 The College Inn Pub has been a popular U-District hub since its opening in the early 1970s. Located under a building complex built for the 1909 Alaska–Yukon–Pacific Exposition, the pub features pool tables, spacious booths, and a room rumored to host the ghost of a sailor named Howard Bok. 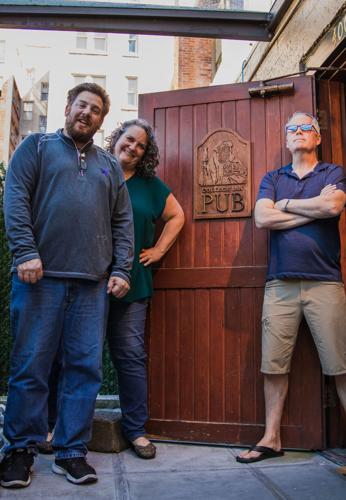 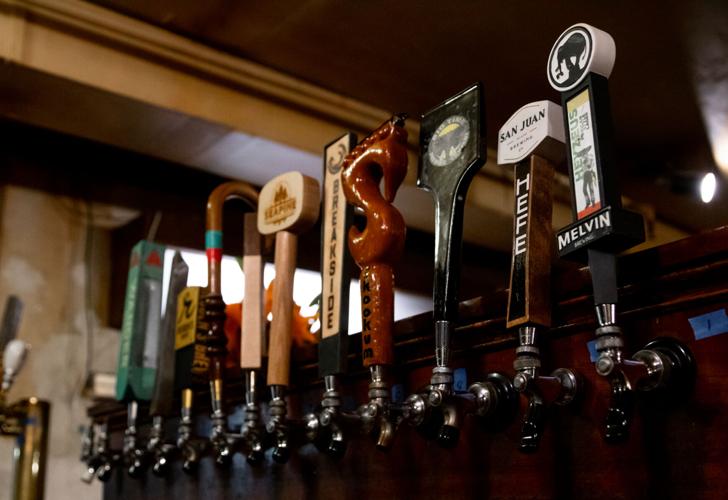 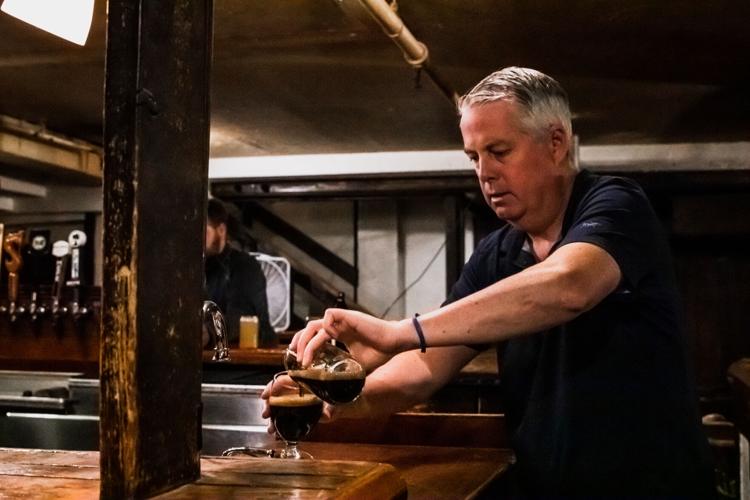 On July 23, the College Inn Pub’s Facebook account shared news of its ostensibly permanent closure, immediately prompting hundreds of comments from UW alumni young and old, long-time local regulars, and others whom the establishment touched throughout its 46-year run.

The suffocating sense of loss and helplessness triggered by the start of the pandemic made this closure feel like a punch in the gut — the pub was a central location in many people’s first tastes of independence and connection with a rapidly changing Seattle.

“I think the U-District got a little bit dimmer when that news came out,” Ian Paredes, one such commenter, said.

Leonisa Ardizzone waited tables at the pub from 1991 to 1992, nearly two decades before Paredes began visiting, but echoed the same sentiment of the pub’s singularity.

“The ‘90s scene in Seattle was incomparable ... and a really cool time to be in Seattle,” Ardizzone said. “The pub was part of that. It was so multigenerational and vibrant that ... the idea of it closing was kind of heartbreaking.”

However, thanks to the new ownership team of Seattle restaurant and bar industry veteran Seth Howard, former non-profit director Jen Gonyer-Donohue, and attorney Al Donohue, longtime devotees and future UW students can expect to create many more memories at the College Inn Pub.

Juxtaposed with the sharp edges of neighboring Alder Hall and the new Hans Rosling Center for Population Health, the College Inn Pub reflects Seattle’s contradictions. Descending below the pub’s street-level entrance down a flight of dark stairs, unsuspecting students could find themselves greeted by a time machine in pub form. From the wooden booths with backs worn dull over decades of patrons communing over shared drinks, to the pool tables softly glowing under the dim lamp light, to the warmth of the open fire, the pub exuded the energy of a classic English pub: inviting and unpretentious.

It’s no wonder, then, that within hours of former owners Shea Wilson and Anders Lorenson posting on Facebook, loyal patrons began eulogizing the pub across social media platforms.

News spread rapidly across the tight-knit network of UW alumni and Seattle residents, while the Stranger melodramatically declared that “The College Inn Pub Didn’t Survive the Pandemic.” Eater Seattle and The Seattle Times followed with mentions of the “iconic,” “venerable” College Inn Pub in their reports of restaurant closures.

Eventually, the Facebook post amassed over 400 shares and 300 comments. Some mourned the loss to the U-District community and honored the pub’s memory by sharing personal stories, while a few feebly suggested crowdfunding to save it.

But that wasn’t enough for Gonyer-Donohue and Donohue, who began frequenting the pub as a couple in 1993 after Donohue discovered it with friend and roommate Seth Howard in 1989.

As Gonyer-Donohue and Donohue sat on their back patio, reflecting on memories created in that very basement, it struck them that an alternative path forward existed.

“We thought, ‘This is awful,’ and almost at the same time we said, ‘Well, maybe we should buy it,’” Donohue recalled.

“But not without Seth,” Gonyer-Donohue said.

Prior to beginning their respective professional careers, Gonyer-Donohue and Donohue spent long stretches working in the food service industry. Donohue worked both front- and back-of-house positions at places like Howard’s family’s Trattoria Mitchelli. Gonyer-Donohue similarly worked as a server and bartender at Trattoria Mitchelli and other Seattle establishments, including the College Inn Pub.

Twenty-nine combined years working in and out of food service does not necessarily equate to sharp restaurant industry acumen, though. The two needed Howard’s expertise, honed from decades working for his family’s restaurants and 17 years of owning and operating his own popular businesses, like Pioneer Square’s Collin’s Pub and Roosevelt’s Last Drop Bottle Shop.

The three stayed in touch throughout the years, often meeting again at College Inn Pub to view Husky games.

Within 13 days of Howard agreeing to join their effort to save the pub, the team signed a lease and received the pub’s keys. In all his years in the hospitality business, it was the fastest turnaround Howard had experienced.

If anything is for certain in the U-District, it’s uncertainty. The district is a microcosm of greater Seattle, a region that has always been at the forefront of national change, both welcome and unwelcome.

Impermanence is a given in a college neighborhood because of the revolving door of students, but change in the U-District seems exacerbated by the tech industry’s expansion and evolving student body demographics. Today, rows of Asian restaurants line the Ave, though even many of those enjoy short lifespans.

The Daily itself quipped in 2005, “Perhaps one of the most surprising new comers has been the Light Gourmet on 45th and University Way, which boasts a menu surprisingly void of anything Teriyaki or Thai.”

What was once a destination for teriyaki and Thai restaurants has since transformed into a hotspot for boba and regional Chinese, perhaps thanks to the influx of international students and the increased willingness of white Americans to embrace cuisines unfamiliar to them.

Despite the unpredictability of life on the Ave and short lifespans of many businesses, since opening its doors in 1974, the College Inn Pub has managed to buck the trend. Through its commitment to tradition and warm service, the pub has remained a fixture in multiple generations of Seattleites’ memories and UW students’ college experiences.

With its (as described by beer distributor Larry Rock) “great food and cutting edge beer selection,” the pub satisfied the minimum prerequisites to become a favorite neighborhood hangout.

“I can’t tell you how many classes I skipped on a Monday for the half-priced nachos,” Donohue said, laughing at the memory.

More importantly, the College Inn Pub fostered a sense of camaraderie and community — which many have likened to the 1980s bar-sitcom “Cheers” — something not often encountered on the Ave.

Between memories of after-hours games of darts and pool, former server Ardizzone recalled moments that felt pulled from the sitcom.

“So many bars are places where people get in your face or get nasty drunk, but the College Inn Pub just felt like you were in your living room,” Ardizzone said.

What made the College Inn Pub especially unique, however, was its intensely intellectual, creative atmosphere. Professors often graded papers, and students, including Gonyer-Donohue, wrote portions of their dissertations while seated at booths.

The staff were no exception.

“Every single [staff member] is an artist in some capacity,” Shanna Washer, a bartender at the College Inn Pub from 2011 to 2020, said.

Washer is one of three poets on staff who have written manuscripts and gotten books published with work created in part or entirely at the pub.

It’s a credit to the leadership of the College Inn Pub.

According to Washer, former owners Wilson and Lorenson made it the most humanizing place she had ever worked.

“[Wilson and Lorenson let us] be ourselves and really use those things that are unique about us to connect to our patrons,” Washer said. “Folks got weirded out if you were perky all the time, [so] we got to have the full range of human emotions and make a lot of good friends out of our regulars.”

Then came 2020. In the beer world, everyone — pub owners, brewers, distributors, and bartenders — suffered.

All of which begs the question: why make this labor-intensive financial commitment when the odds seem stacked against you? The freedom of owning a restaurant sounds fun, but in practice, entails more work than most anticipate.

To the three new owners, the College Inn Pub was personal. The thought of another buyer unfamiliar with its rich history destroying its defining qualities raised the stakes for Howard, Gonyer-Donohue, and Donohue. Thus, they proposed to preserve its community-centric ambiance with slight 21st century tweaks, distinguishing them from the 50 to 60 other buyer proposals.

“While we’re excited to do this, I think we all would’ve been happy if Shea [Wilson] and Anders [Lorenson] could’ve continued,” Donohue said. “We just didn’t want someone turning this into something else.

“The pub is bigger than us,” Gonyer-Donohue added. “It’s an honor [to be the next stewards].”

When the pub reopens during phase three of the statewide reopening plan (whenever that happens), patrons can expect outdoor seating, a more open bar, improved paint and wood work, new lighting, a new audio and video system, and “gentle updates” to the beer and food offerings, all while keeping the look and feel the same.

“We want everyone to wear their masks, wash their hands, and stop going to parties so we can gather again safely,” Gonyer-Donohue said. “We’re not going to rush this to open.”

But fear not, nacho devotees — those are here to stay.

From URL to IRL: Guide to finding your niche community social media to jump start your clean slate this new year

Estey loves the Cold War history of Asia, sharing her dinner party spreads on @enthusiastofcarbs, and visiting farmers markets in every new city she visits.