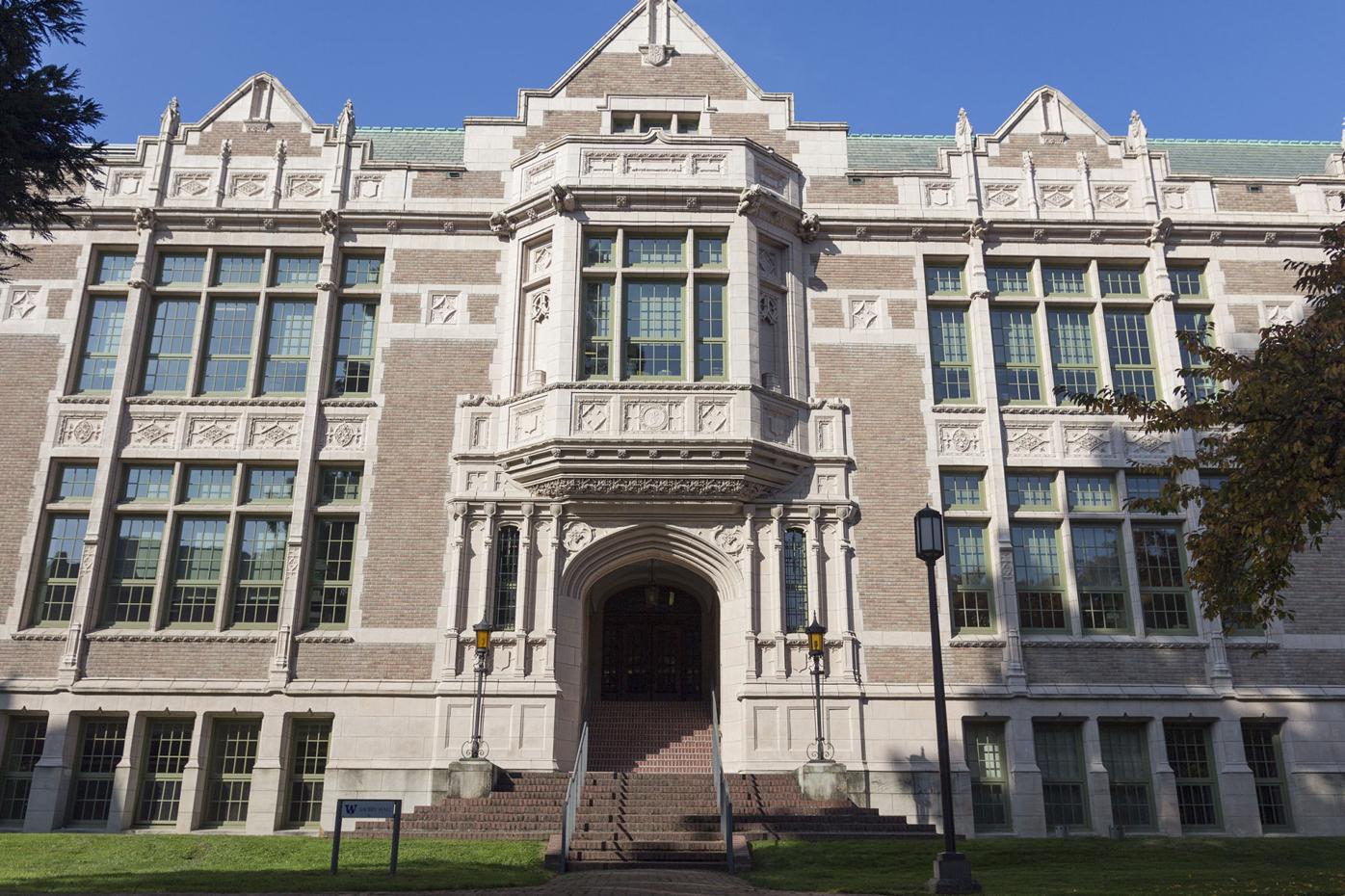 Parapets, like the ones on top of Savery Hall, are a known falling hazard and will be braced as a part of a city-mandated improvement. 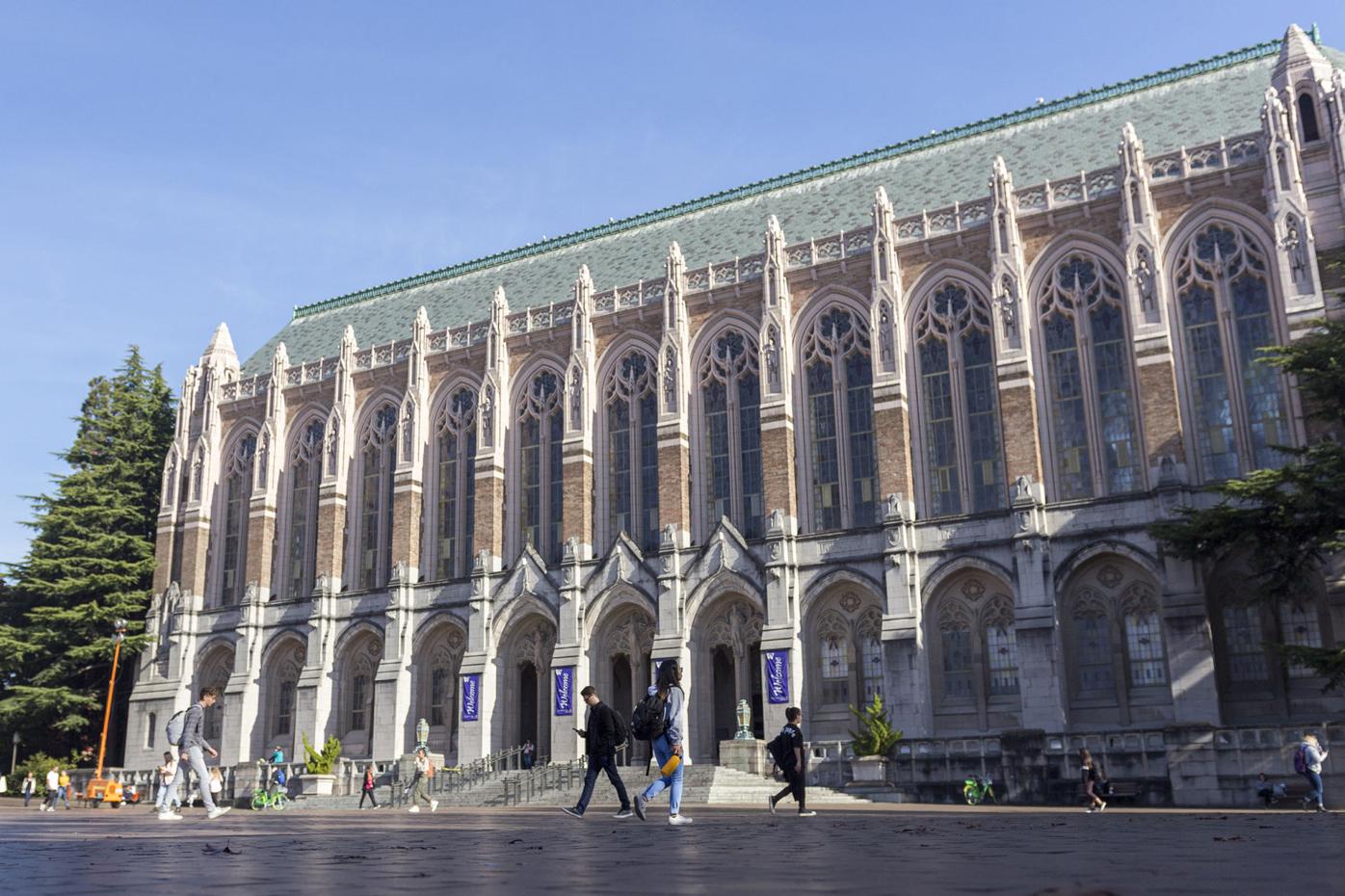 Parapets, like the ones on top of Suzzallo Library, are known falling hazards and will be braced as a part of a city-mandated improvement.

1.3 million Washingtonians joined an earthquake drill happening around the world Thursday morning. Thousands of UW students, faculty, and staff prepared themselves for the next big quake.

With Seattle located near the intersection of two tectonic plates, the Juan de Fuca and North American, the region faces a “triple threat” from the three different types of quakes that can hit the region.

The most recent big quake in Seattle’s memory was the Nisqually earthquake in 2001, a 6.8 magnitude earthquake that revealed how much damage could be done to the city’s unprepared buildings.

For Steve Charvat at UW Emergency Management, the next big earthquake is not a matter of if, but when. His advice for when it happens follows the national instructions to “drop, cover, and hold on.” People should get underneath a table or desk to cover themselves and then hold on to their shelter as it moves around during the shake. Don’t run out of the building.

“What hurts people is not usually the building,” Charvat said. “It’s the lights, tiles, vents, projectors.”

These kinds of non-structural fixtures in rooms are among the dangers that the UW Seismic Resilience Program previously helped departments identify through a free walking evaluation. These services, among others, were discontinued when the program ran out of grant funding in July 2018.

Now it’s up to each department to take steps to ensure their file cabinets are bolted to the walls and their overhead lights are anchored in place. Even having a strip of Velcro to attach equipment to desks can make a difference. Charvat stated that for every dollar spent on these non-structural mitigations, seven dollars are saved down the road.

Over the next seven years, the UW will invest in widespread structural improvements to 25 buildings on campus, including one of the most vulnerable types of buildings, unreinforced masonry buildings (URMs). URMs are typically brick buildings without supports like steel bars to keep the structure upright. Many of the most hazardous URMs on campus already underwent renovations following the 2001 Nisqually quake, which motivated public interest in earthquake retrofitting. However, some dangerous features of the UW’s URMs remain.

Some of these features include parapets, the short walls that extend above a building’s roof. Parapets are a known falling danger and will be braced as part of city-mandated improvements to ready Seattle for future earthquakes. At the same time, construction will be done on the brick and stone entrances of those buildings. While common in California, this type of seismic upgrade is not mandated by the city of Seattle.

“We’re doing that on a number of buildings on a voluntary basis,” UW Engineering Services structural engineer Tom Pittsford said about the brick and stone entrance repair. “The UW is really being proactive in doing this.”

Pittsford is also part of a group of two dozen volunteers at the UW who are trained in the Applied Technology Council (ATC-20) methodology to evaluate a building’s safety after an earthquake, a task that would normally fall to the city. Having UW volunteers trained allows faster response times for building residents to know if their building is safe for them to return to. The team assesses the extent of building collapse from the outside as well as the electrical and mechanical equipment inside the buildings, including the heating and ventilation systems. Every year the ATC-20 team runs drills alongside the Pre-Entry Assessment Team, PEAT, another volunteer group that evaluates sites containing hazardous materials.

Since the Nisqually earthquake, the UW has taken huge steps to give buildings on campus more seismic structural strength. A large number of renovations occurred from 2001 to 2009 in the “Restore the Core” project, which included the historic Suzzallo Library as well as other buildings on campus that had been marked as being at risk of “major seismic damage” in a 1991 study by UW structural engineers and engineering students.

However, after the 2008 recession, the UW lost state funding to continue the renovations on a large scale. Instead, the University had to make smaller, steady improvements, like those at Denny Hall which finished construction in 2016 instead of the 2011 date set before the recession.

Unlike Californians who are frequently reminded of the dangers of earthquakes, Washingtonians usually put off necessary preparations. With the “Great Shakeout” drill last week as a reminder of what’s to come, the preparations the UW has made are sure to pay off down any shaky road.